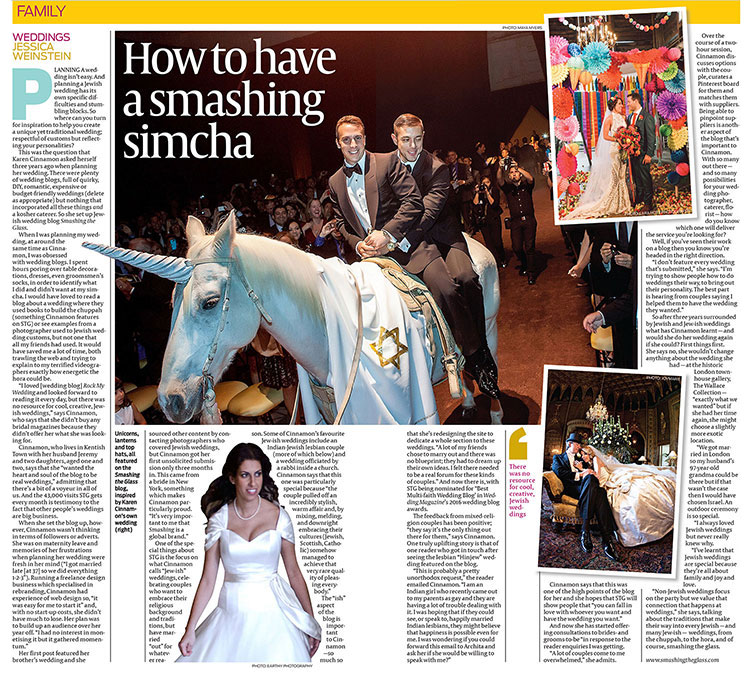 Thank you to the Jewish Chronicle (the UK’s national Jewish newspaper) for interviewing me in this week’s edition. The piece talks about how and why I started Smashing The Glass, my journey with the blog over the last 3.5 years, my consultancy sessions, and of course a little bit about my own Jewish wedding back in 2013.

It’s a lovely way to end the week. Click here to read it (and click the image to enlarge it if you need to!).

Wishing you a wonderful weekend,

What a week… It was one that started like any other but ended with an unexpected TV appearance live on BBC World News!

On Wednesday afternoon, I received a call from a BBC journalist. They were going to cover a remarkable story and they wanted me to comment on it live on the Global with Matthew Amroliwala show at BBC Broadcasting House in the heart of Central London.

BBC World News is the BBC’s international news and current affairs TV channel and, according to the producer, has the largest audience of any BBC channel, with an estimated 100 million weekly viewers. Gulp — no pressure, right?

But I don’t believe in hesitating when life throws you an amazing opportunity. My philosophy is: jump — you might swim! Regardless of any nerves, I had no doubt that it would be the experience of a lifetime. This is what I love about being a blogger: a job that demands you keep your finger on the pulse of your industry means that anything can happen at any time, a story, an opportunity, a news item, and you have to be able to react at lightning speed.

Less than 24 hours later, I found myself being whisked to BBC HQ. I spent two minutes with the producer, then briefly into make up and straight into the studio. I was mic-ed up, introduced to my fellow panelists, shown my place on the round table by the floor manager, and straight onto air!

It was such a unique insight into the world of live news production. There was no rehearsal, no introductory meeting to the delightful presenter (Matthew Amroliwala), no idea what questions would be put to us (other than what was discussed in general over the phone with the journalist the day before), no chance to rehearse our answers or have an idea of how we might perform… we were entered in the studio and LIVE ON AIR!

Exhilarating is the word and it really was the most thrilling ‘pinch me’ feeling speaking live at the Headquarters of the BBC, the largest broadcaster in the world. I jumped — and I found that I was able to swim.

You can watch my interview via the Youtube Video at the top of this post. It’s an engaging discussion between me, Zaki Wahhaj and Brienna Perelli-Harris (who between the three of us, represent three continents across the globe). We each gave our take on how attitudes towards marriage are changing across the world.

So back to the remarkable story that prompted our panel discussion. BBC World TV News run a series called 100 women where they explore the lives of empowering and interesting women across the world. As part of this, they were running the story on a young woman from Pakistan who has chosen to defy her family expectations of arranged marriage to pursue her career goals. Naema really is an exceptional woman, and I urge you to watch her short film, which preceded our discussion.

It was such a fascinating topic, and I was honoured to have taken part in the discussion. It was a wonderful moment in Smashing the Glass history and a thrilling life experience that I will cherish forever. 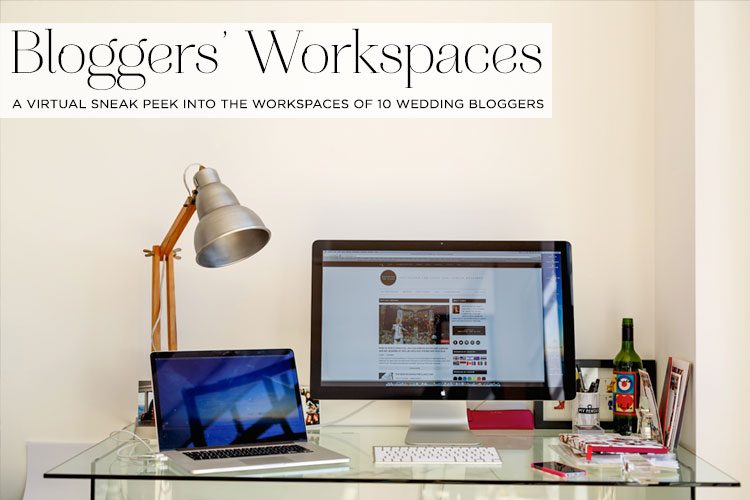 Blogging can be a lonely sport and however cosy working from home sounds, it’s not always my personal  idyll. I find it essential  to  be inspired by London and all who live in her,  and I love the balance of working from home with  working in coffee shops (my two local favourites for ambience, coffee, nosh  and friendliness are House Kitchen  and  Ginger & White). I also love  working from my husband’s central London office too. Hey  with a  surname like Cinnamon, you can see that variety really is my (work)spice of life!

I’ve always wondered  where my fellow  bloggers work to see where  all the wedding blogging magic happens,  so I asked some of my wedding blogging buddies to give me (and that means you too of course) a sneak peak into their workspaces.

In case you’re wondering, that’s my home workspace  in the picture at the  top of the page. You can read more about it (and see more images from my home) right  here.

I’d like to add  that this piece isn’t about pinterest-worthy workspaces, it’s about the realities of blogging  and being aware  that blogging magic happens  in many different cosy, neat, noisy, messy, playful, minimalistic, and colourful  environments. 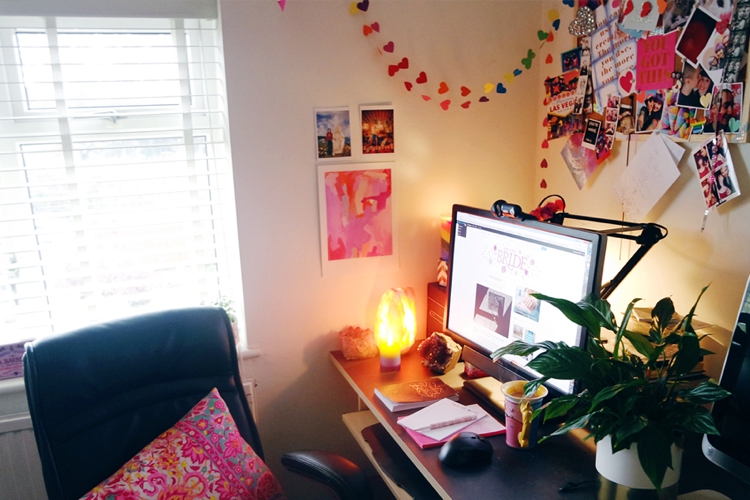 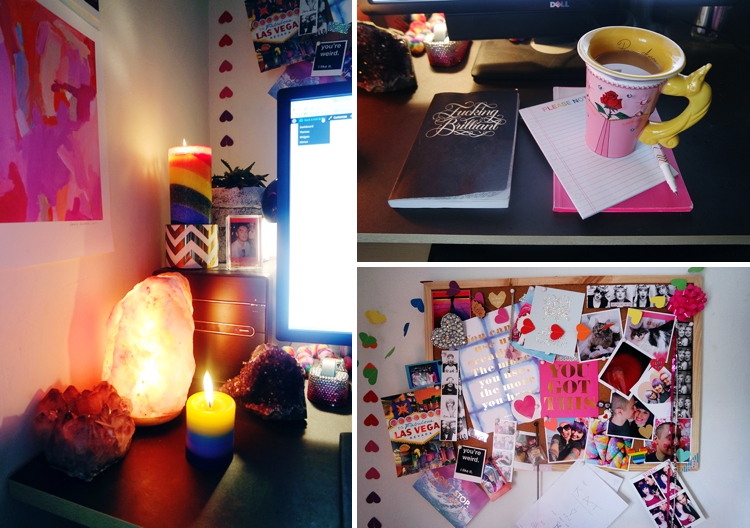 I work in the spare bedroom of our two up/ two down house in Reading. I actually love working at home and although the business is growing, we don’t have any plans to move to fancy offices or anything like that! I love that I can literally roll out of bed and start working, I hate the idea of “wasting” the day commuting! We could do with more storage now we do all the online and subscription orders of the magazine from home (argh!) but in terms of where I do my day to day work, I’m pretty happy.

When you live WITH A BOY you obviously have to consider their feelings when it comes to decorating the space you co-habit (boo!) so although I have managed to wangle pink wallpaper in our kitchen and a few fun decor items downstairs, my office is where I’ve really gone to down on the COLOUR and fun. It’s a bit like a kid’s idea of what good decor is haha! It’s definitely not sophisticated but it makes me happy – after all I am staring at it for 8-10 hours a day. My favourite items are my rainbow candles, my Himalayan salt lamp and my vision board which sits right above my computer screen. I also have lots of plants on my desk and windowsill and some of my favourite knick-knacks that I’ve picked up on my travels.

The only thing I really don’t like about my workspace is my desk. Its too big and too dark. I’d really like to get a white one that would brighten the whole space up a bit I think. I just need to convince Gareth on that one. “Why would you buy a new desk when this one is perfectly functional?” is always his response. Oh boys!”.

END_OF_DOCUMENT_TOKEN_TO_BE_REPLACED 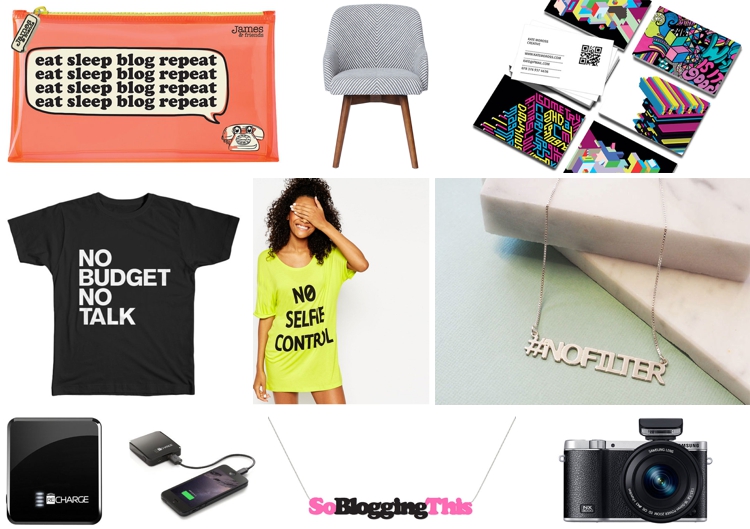 I was recently given this  (and I totally love it!)  and it made me think about all the other brilliant bloggy gifts that would be fun and super useful, for blog-aholics around the globe. With the festive season  just around the corner, it feels like  the right time to post these ideas so that any other bloggers reading  this can post the link to their  Facebook page and receive instant perfect gifts!

Covering every kind of price range, some are light-hearted and tongue-in-cheek whilst with others, you’ll be surprised how you ever lived without them. You’re welcome!  Happy Friday folks!

END_OF_DOCUMENT_TOKEN_TO_BE_REPLACED 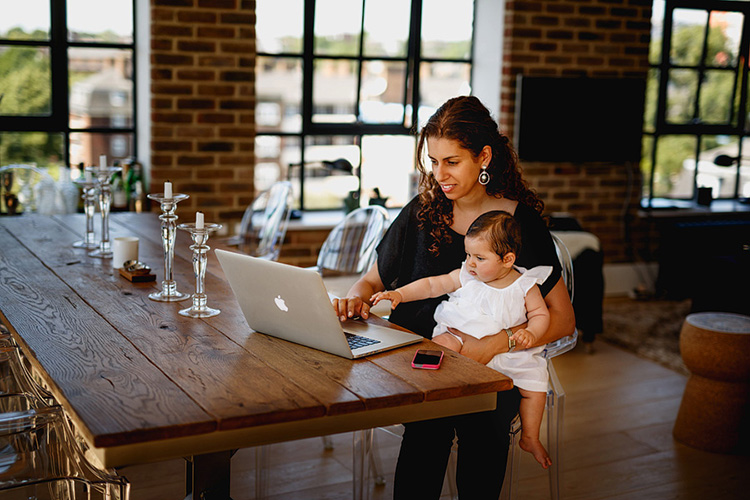 When the mega-talented Jewish wedding photographer in London Rahul Khona got in touch with me to shoot up a photography storm, I was really into the idea of capturing some images  of  my work / home space, as well as a few portraits.

I adore blogging and running a  business  from my home in Kentish Town, but inevitably, the  boundaries between work,  motherhood, marriage  and ‘me’ time are a continuous  blur. It’s something I’m used to though, as prior to  setting up Smashing The Glass, I was running  a  freelance design business  for 12 years, and working from home for about 50% of my projects.

My work space reflects my design background – there are Apple products everywhere, Pop Art influences, art books, sketch pads, pens and pencils, and a sense of clean aesthetics (that makes me  sound really  w*nky, doesn’t it?!). 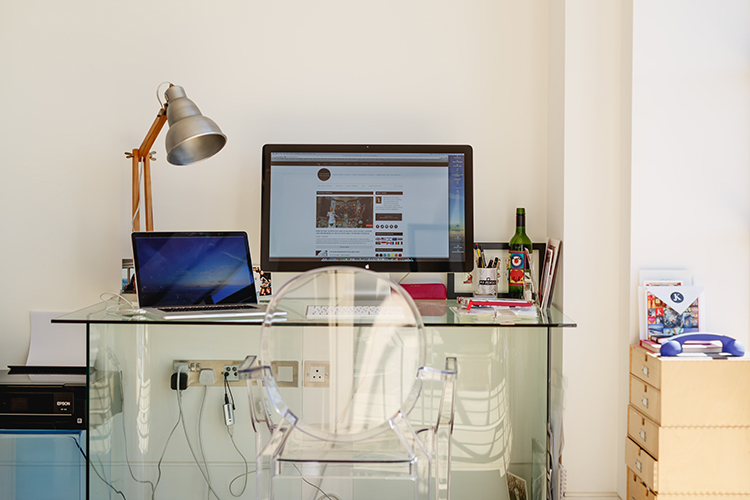 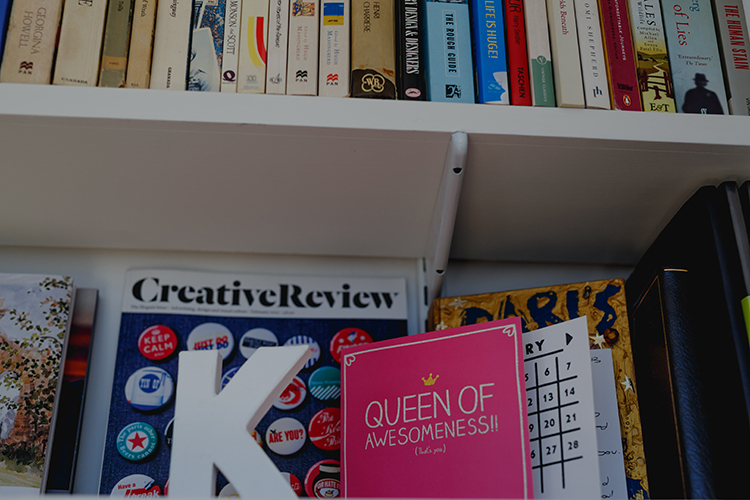 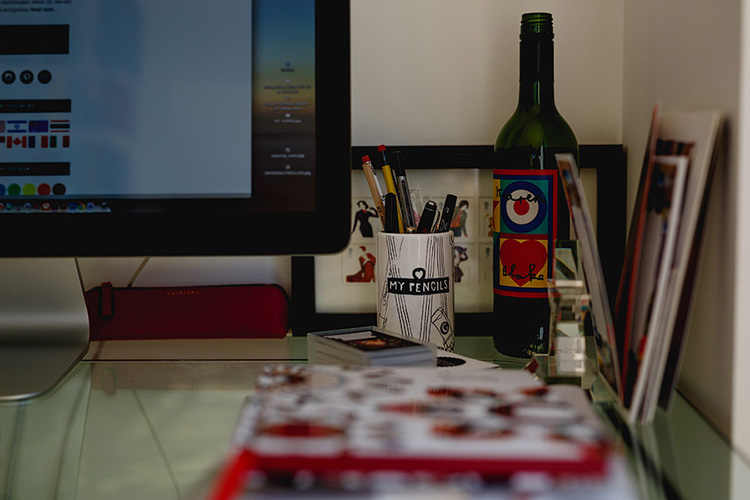 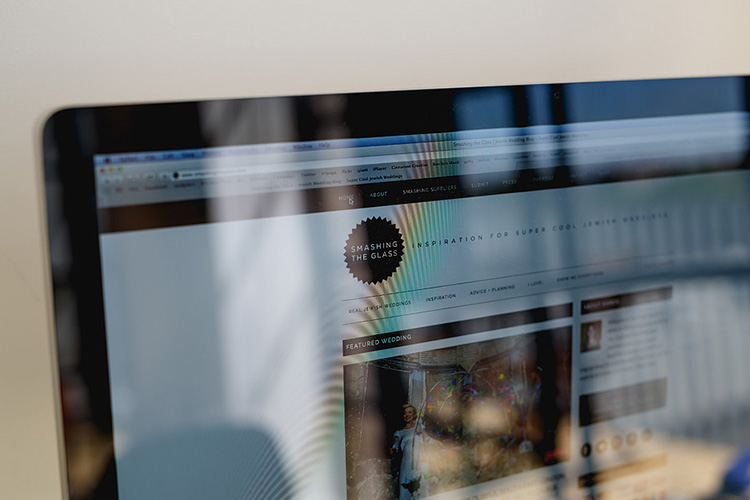