For seriously cools photo ops, give out sparklers as favours… 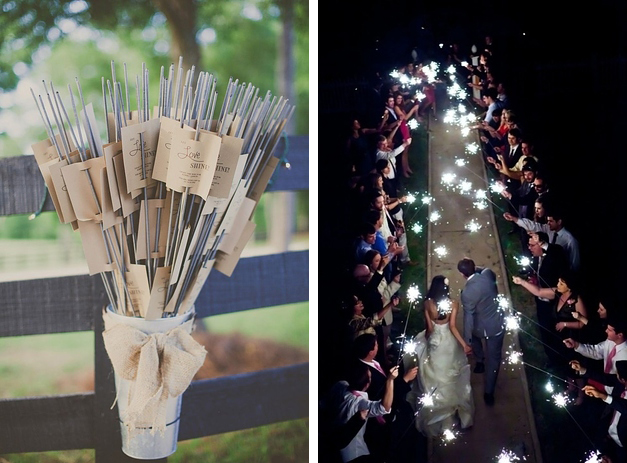 Have you ever seen  personalised cup holders given out as wedding favours? That’s what happened at Amanda & Charley’s awesome Jewish wedding! 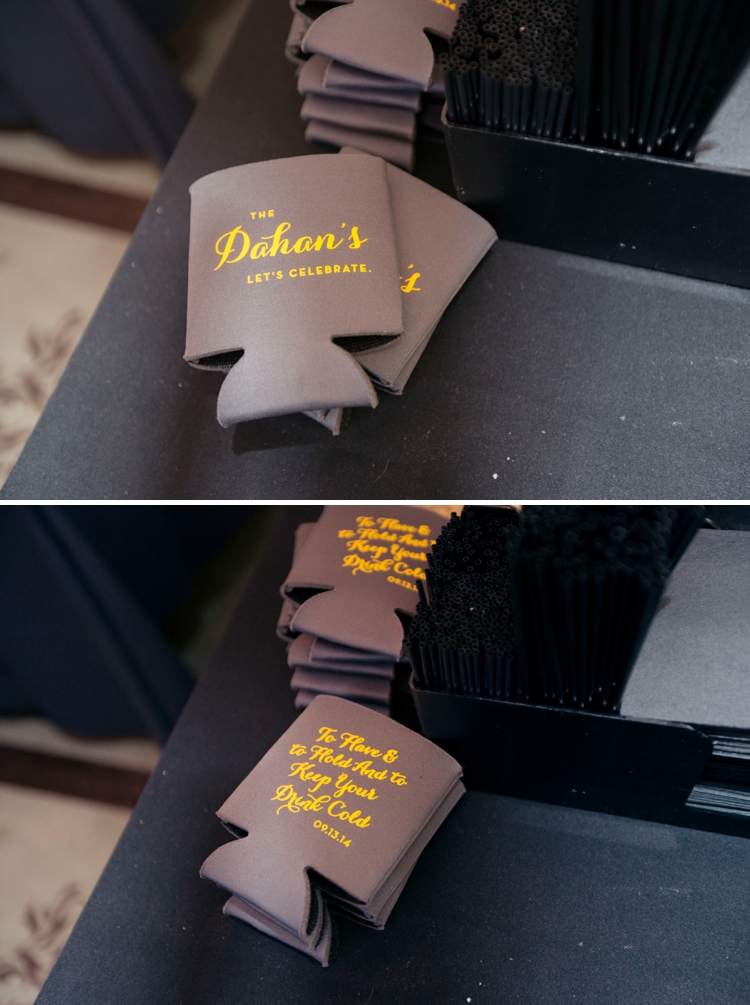 If you’re a huge fan of something culinary, give them away as personalised favours like these  very cool mini ketchup bottles. 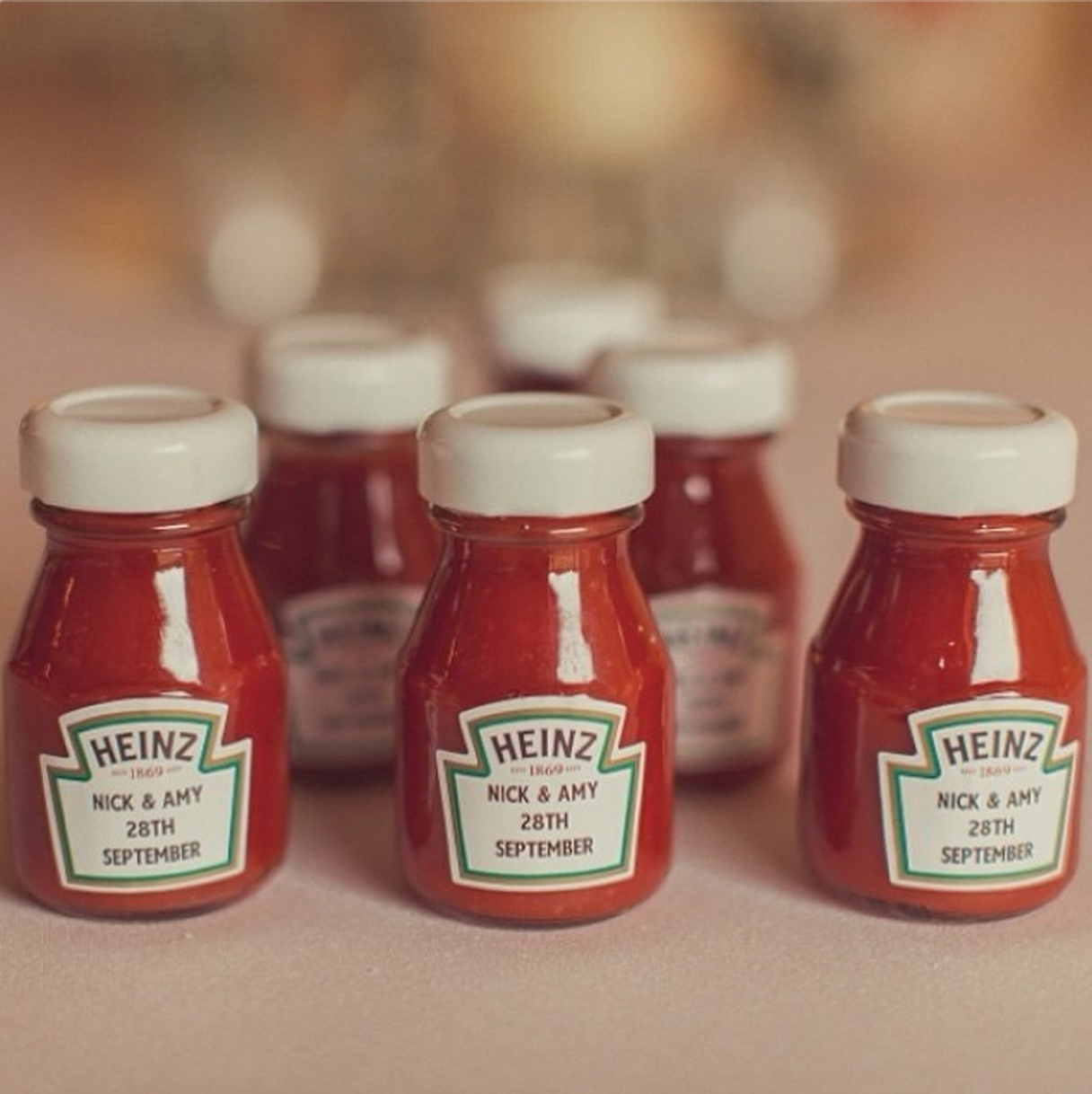 What kind of things does your family make that you might be able to bottle or package up as a wedding favour? This favour is a homemade hot sauce, made by the groom’s father. Adorable! 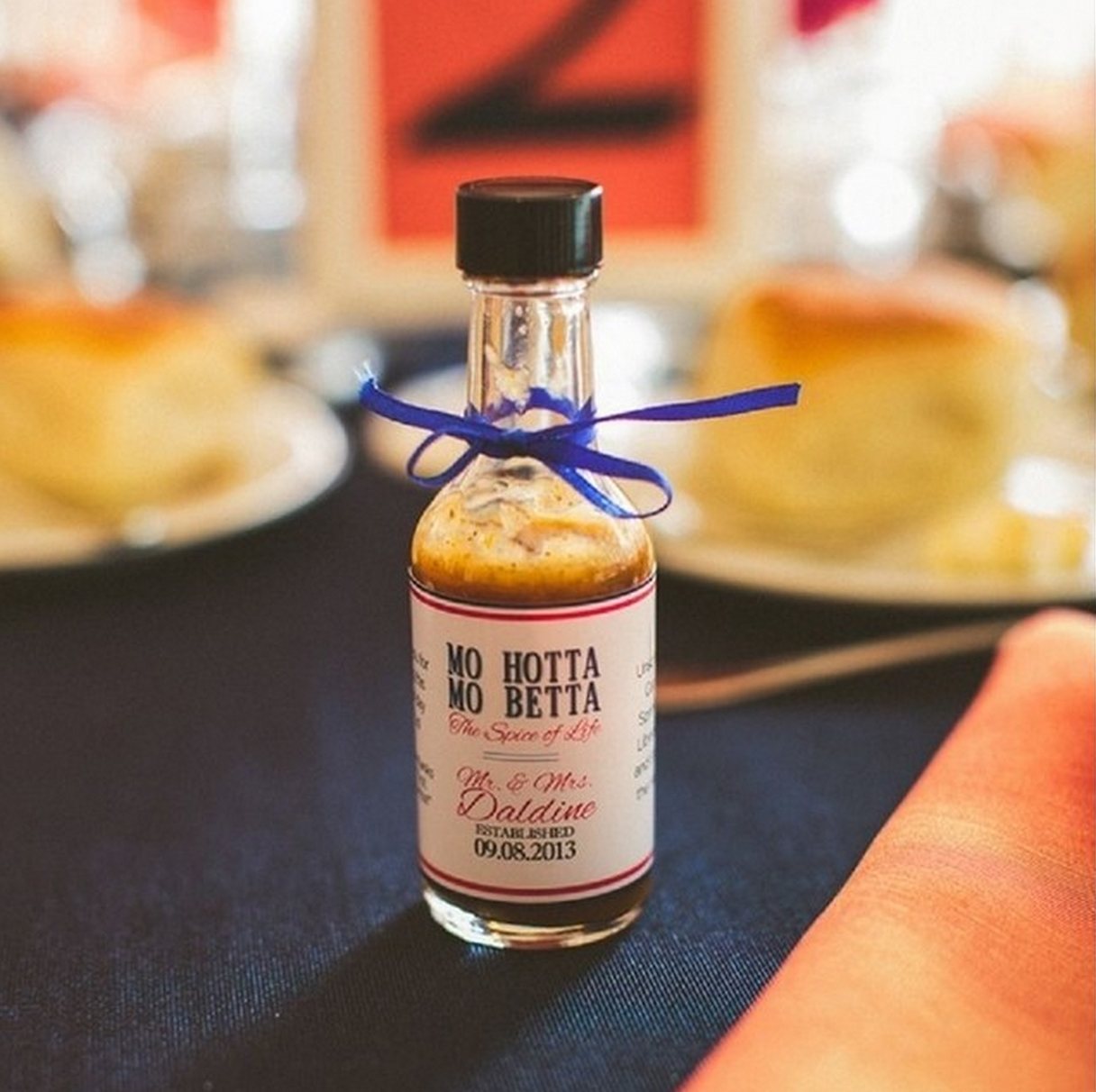 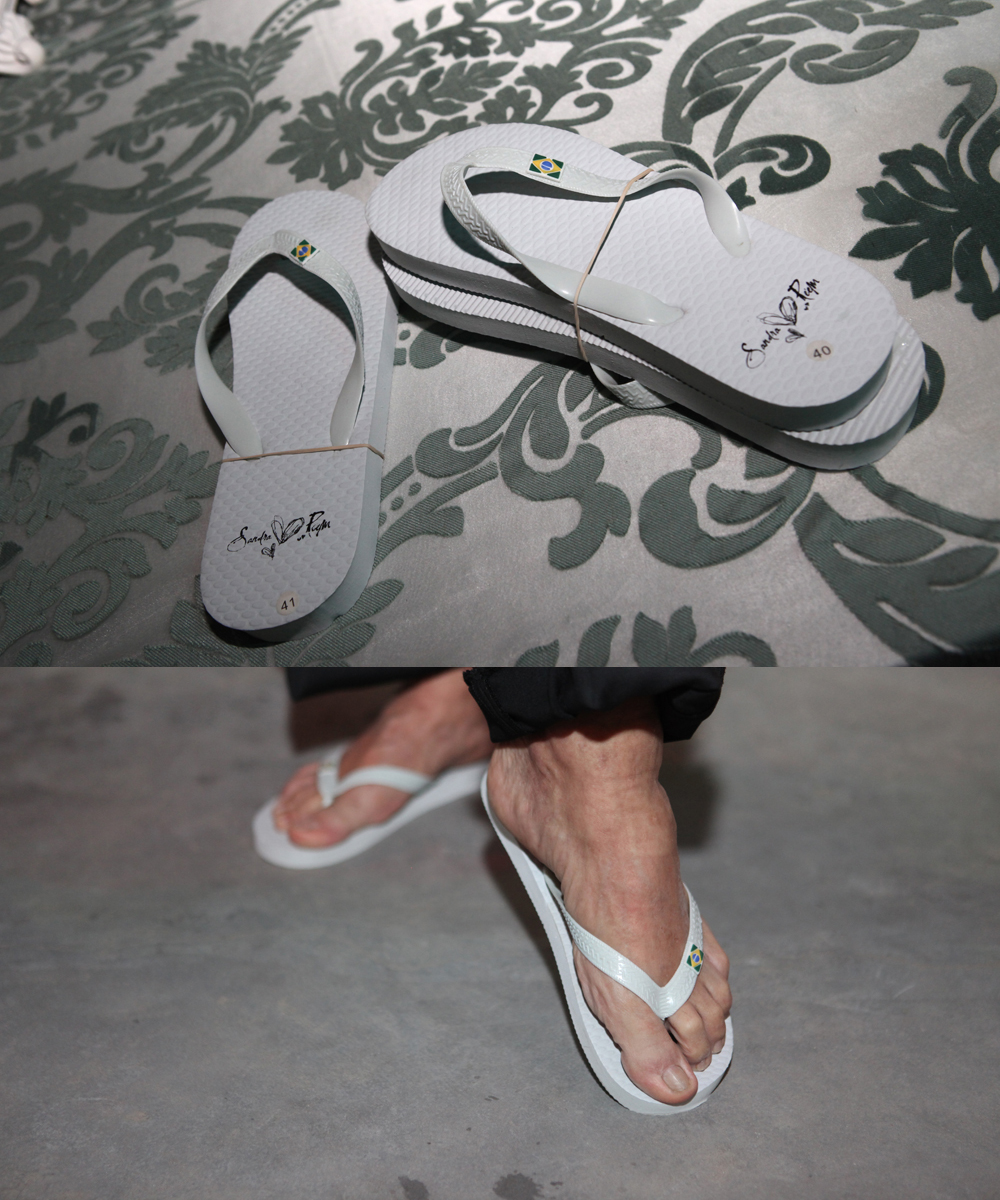 Write personal letters to each guest that double up as wedding favours. It may take a little more time (especially if you have a large guest list), but the personal touch and cost savings are super tempting. Plus, you could label each one, and voila: an instant place card! 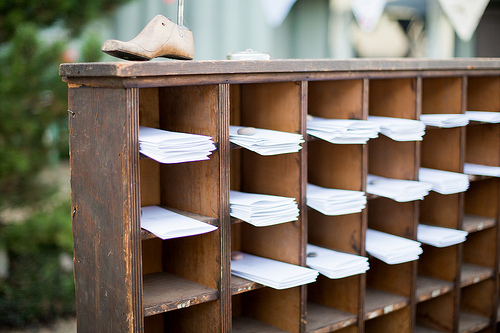 Idea taken from Makenna and Yvonne’s wedding as seen on Offbeat Bride. Image by  Erika Monaco

How about serving both your favourite cocktails and then having your signature cocktail recipes printed on coasters? 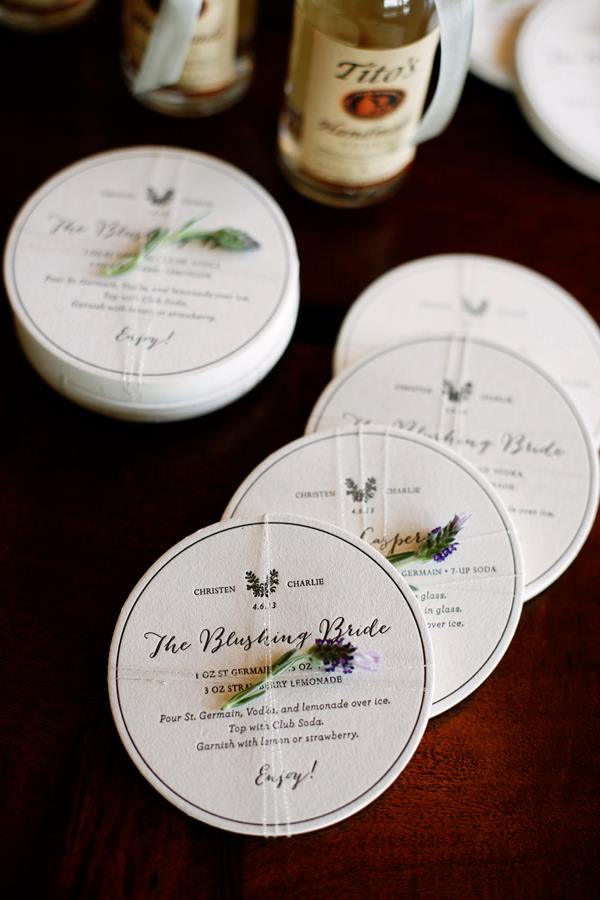 WIth my love for Pop Art I *adore* these LOVE kippot, available to purchase here. 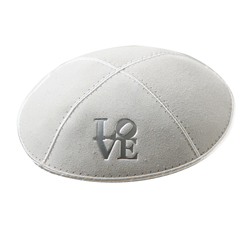 Make personalised handkerchiefs for your guests. Buy cheap  handkerchiefs from eBay or a thrift store and then buy iron-on transfer papers and create a different set for each table based on their table name. So if each table was named after your favourite films, have a quote from that film for that tables handkerchiefs. As seen at Elizabeth and David’s handcrafted retro wedding on the ever-quirky  RocknRoll Bride blog. 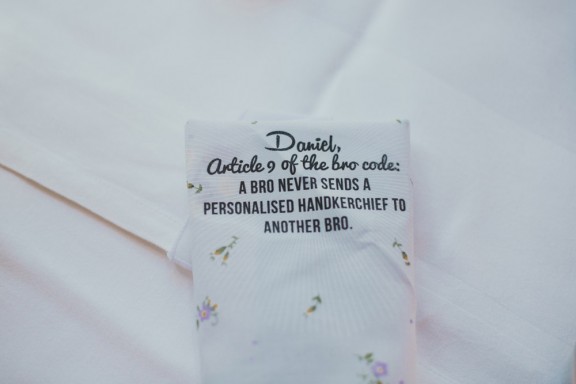 I love these ‘I Met My Match’matchboxes! Inexpensive and so damn cute. These ones are from an American website  called Gracious Bridal that  ship worldwide. 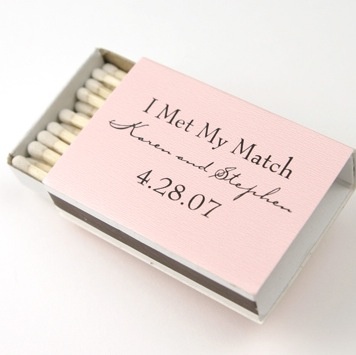 Have your wedding favours double up as place names on the tables with these magnetic letters from eBay or Hamleys. Your guests will have a lot of fun making silly words with them during dinner and they’re a great ice-breaker for those who don’t know one another. Idea taken from Barry and Michelle’s wedding on the fabulous Love My Dress wedding blog. 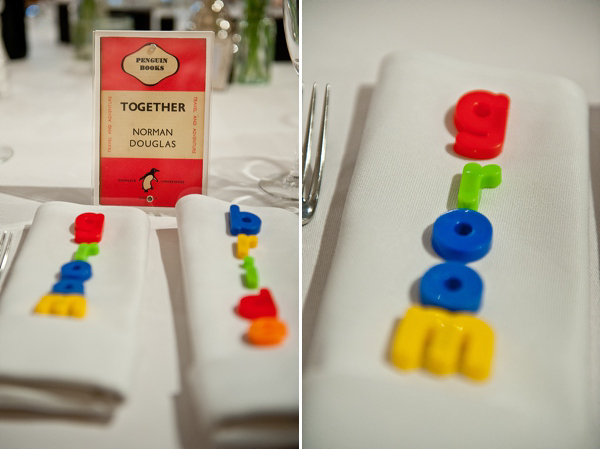 Plant an idea in your guests’ heads with these seedling favours meant for enjoying long after the party’s over. Wildflower Favours offers many different varieties and themes and will send you the one that’s suited to the creative theme or geographic region of your wedding locale. 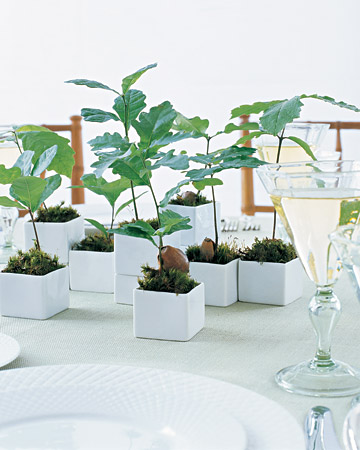 Love words? Love handmade? How about these DIY Scrabble Coasters that can also double up as Namecards.  Click here for the DIY scrabble coasters tutorial from  intimateweddings.com 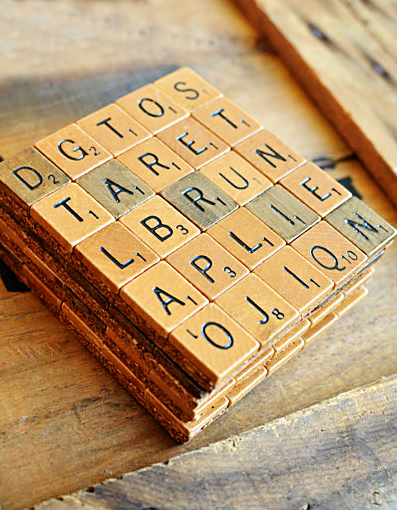