Whilst sitting in shul with my mum one Friday night some years ago, I was fortunate to witness an Aufruf being led by Rabbi Miriam Berger. Miriam spoke so beautifully and passionately about the couple that even though I had never met them it brought a tear to my eye. I still remember turning to my mum to say, “When I get married I want Rabbi Miriam to marry me”.  I’m so happy that she is.

Having grown up in a Reform community, having a Reform wedding was always the natural choice for me. To me, Judaism is all about equality, particularly between men and women so that theme pretty much runs through everything. Here is my guide to weddings; the Reform way. 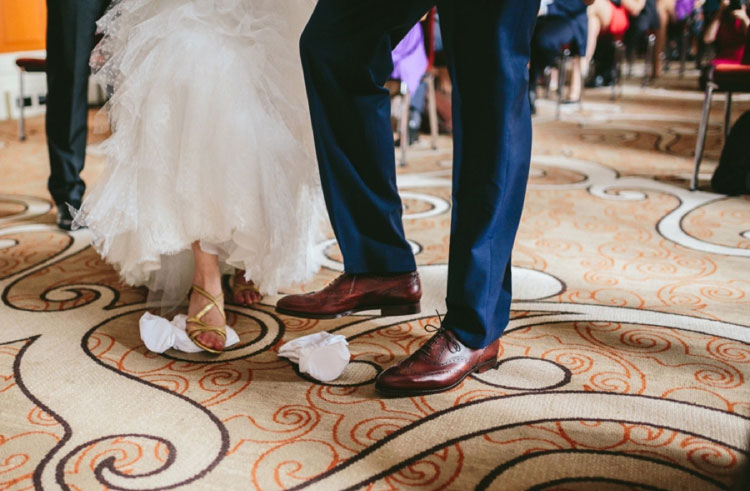 Anna & Jon both smashing the glass at their Jewish wedding

The order of service

The order of service is pretty much the same as a traditional Jewish wedding. It follows the same order of the groom entering followed by the bride. We will be married under a beautiful chuppah and are joined there by both sets of parents, the rabbi and our chazan/singer.

The tisch is traditionally a time where the rabbi reads through the ketubah outlining the groom’s responsibilities mixed in with some singing, dancing and of course drinking. Reform marriage is all about equality and about marriage being a partnership. Therefore a tisch is not part of a Reform wedding ceremony as the groom is not given a list of responsibilities. Rabbi Miriam has informed Gideon that if he wants some whisky with friends for some dutch courage of course he can! And so can I! 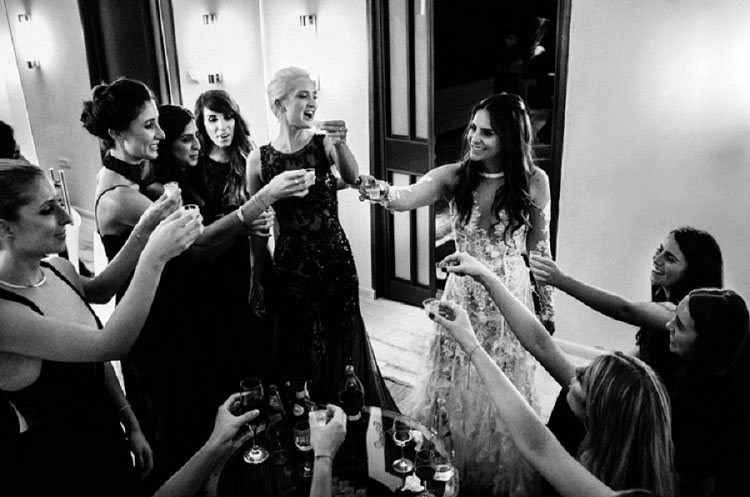 Bride, Montana, sharing toasting her bridesmaids before her Jewish wedding to Justin

The Jewish wedding tradition of badeken is something I have always found quite powerful: the groom seeing his bride for the first time. Of course the tradition behind it is about the groom checking he has the right bride but I still like it!

After a traditional badeken the bride’s veil is put back over her face and remains like this until the end of the ceremony. In keeping with Reform’s emphasis on equality, Rabbi Miriam spoke to us about the importance of a woman being uncovered for the wedding ceremony as she is just as equal and should be as present in the room as everyone else. This of course means the traditional badeken doesn’t quite work. I really love this idea and based on this we are doing something a little bit different for our bedeken…(not giving away any secrets though!) 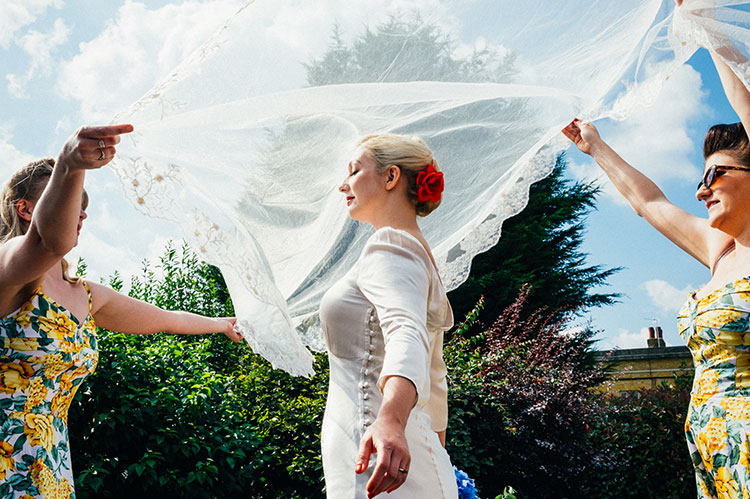 Traditionally the bride circles the groom seven times as the number seven has many meanings within Judaism. For our ceremony we have been given several options; I circle Gideon seven times and we keep it traditional, we both circle each other seven times (bit time consuming if you ask me but keeping with the whole equality theme!), we circle each other three times and then one together (true equality) and finally that the groom circles the bride three times for the founding fathers and the bride circles four times for the founding mothers of Judaism. A symbol of the important figures in Judaism as well as creating an equal partnership.

The Seven blessings are deep meanings about the role of the bride and groom; their commitments in marriage and their role in the world. Traditionally sung or said in Hebrew by either the chazan/rabbi or by male guests at the wedding. With the Reform ceremony being flexible we are choosing to have the traditional blessings sung in Hebrew by our chazan. We are then inviting seven people both men and women who are important in our lives to give us personal blessings linked to the theme of the traditional ones. Sentimental, personal, relatable but still traditional. 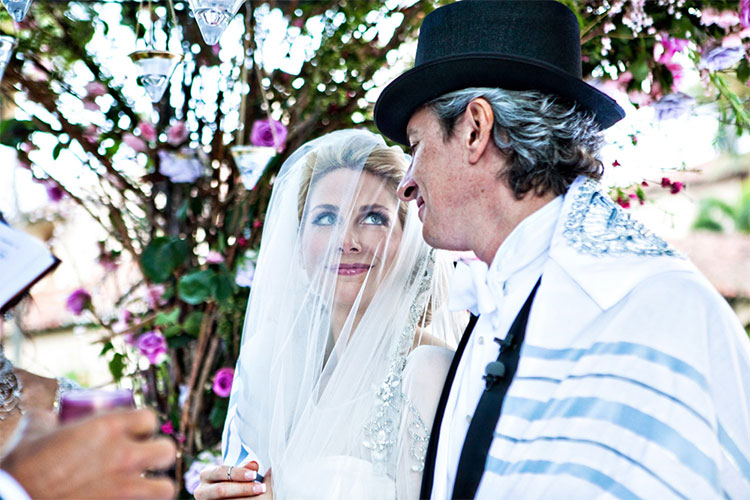 The Reform Ketubah does have different wording as it places a big emphasis on equality and rather than the groom being the provider it is about being partners. Because of these changes the Ketubah is not considered official under the orthodox law but for us it symbolises our marriage and our relationship perfectly, and that’s official enough for us!

As in all Jewish weddings by an English rabbi we can add in English vows. I have never seen this at a Jewish wedding I have been to, however I watched a video (below) from a real-bride post on Smashing The Glass (Rachel & Robert’s Jewish Wedding in New York City) where they had written vows for each other. I found it incredibly moving and emotional and it made me cry! I knew I wanted to do the same and I can’t wait to write mine and read them to Gideon. I get butterflies just thinking about it!

In traditional Jewish weddings the groom places a ring on the brides finger and says Haray aht m’kudeshhet li b’taba’at zu k’dat Moshe v’Yisrael which is the bit that makes the whole wedding official. Gideon will still do this but in addition I too will place a ring on Gideon’s finger. As this is not ‘official’ I can choose what to say to Gideon; I have chosen to say Ani L’Dodi, v’Dodi Li — I am my beloved and my beloved is mine. Short and sweet but paints a pretty clear picture!

Breaking of the glass

Finally we come to the end of the ceremony and again we have another choice! We stick with tradition and just Gid breaks the glass, or we both break a glass. I once heard that it symbolised the last time the man can put his foot down in a relationship…so you can probably guess which one I went with (we can’t be equal all the time…)

So that was my low down on reform weddings! I tried to be as informative as possible without giving too much away about my own wedding as no matter what religion you are or what stream of Judaism you are affiliated with, everyone wants the element of surprise at their wedding and that’s one tradition that doesn’t need changing!

Fran will be marrying Gideon on 20th April 2017 at Lillibrooke Manor, Berkshire.
Razia Jukes will be photographing their wedding.

You can read all Fran’s wedding planning posts so far here.