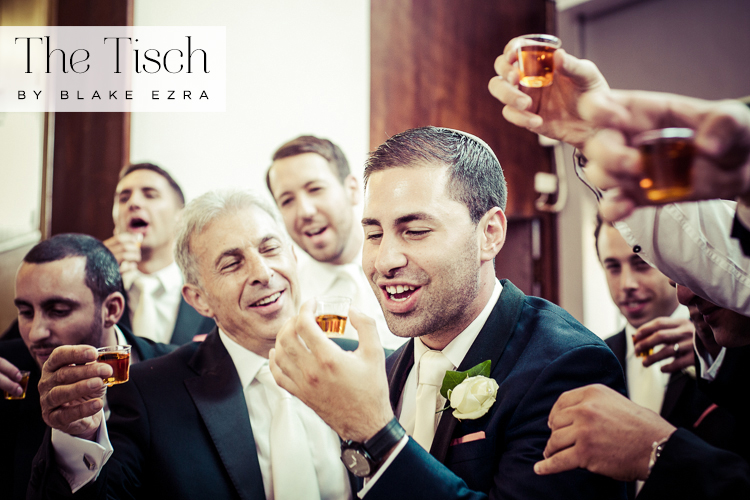 All imagery by Blake Ezra Photography. This is part 3 of the 9-part Jewish Wedding Traditions Explained series.

The Tisch, traditionally, is a period of loud and atmospheric boy-time before the ceremony starts. In the more secular world, there are probably some parallels with going for a few drinks in the pub before the big match, but substitute beers for whiskey, football chants for symbolic Hebrew songs, and Barmaids for Rabbis. OK, I admit that may not have been a flawless comparison, but it can be loud and full of energy, whilst meaningfully building the anticipation for the events to come.

Some Grooms opt not to have a Tisch, and instead prefer to be elsewhere in the venue, welcoming guests as they arrive. It all depends on individual preference and also on how religious or spiritual that person is. For me, a wedding is great when it truly represents the couple, so there shouldn’t be pressure on a Groom to have a Tisch, or indeed not to.

The word ‘Tisch’ literally means ‘table’, and the common theme of every Tisch we’ve ever photographed is that there’s a table in the middle, laden with food and drink for the guests to enjoy before the ceremony. 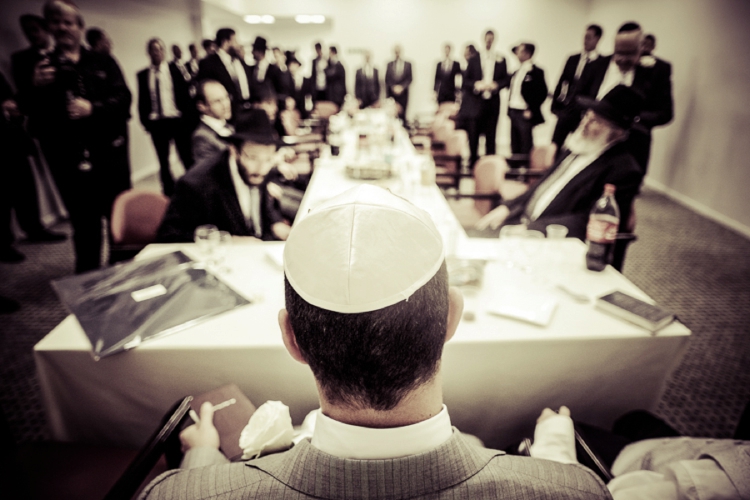 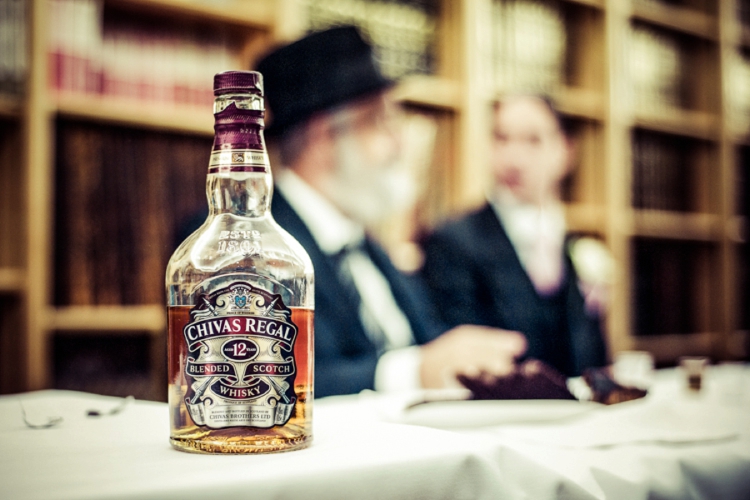 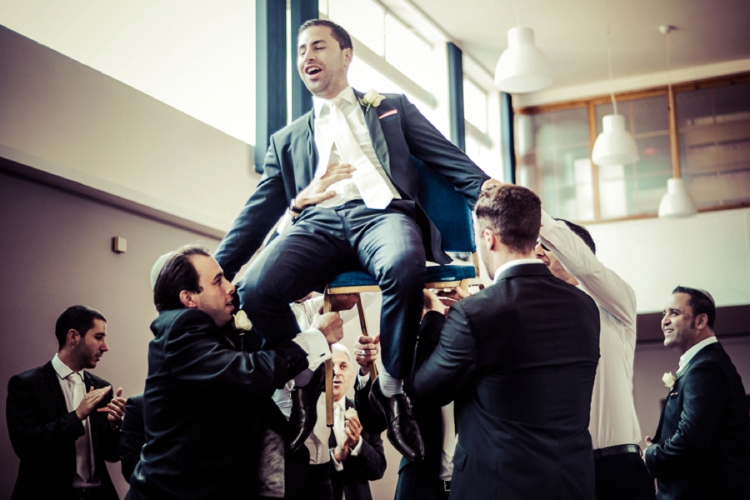 The main ceremonial element in the Tisch is when the Rabbi will read through the ketubah, the Jewish marriage certificate which we’ve talked about in part 2 of this series, explaining to the groom the obligations which will be bestowed upon him as a married Jewish man. The witnesses, often the Rabbi and one other person, then sign the ketubah in preparation for the ceremony. The groom holds aloft an item, which symbolises that he accepts those terms and conditions and will indeed go to the chuppah and get married. At this point, there’s no turning back!

The Tisch can be an amazing part of the day; it can be meaningful, spiritual, and sometimes almost tribal in the intensity of the singing and dancing. At most UK Jewish weddings, a combination of unreliable weather and indoor city venues means the Tisch is usually always held indoors, which does not detract from the atmosphere. However, with the right location and a ‘Tisch-friendly’ climate, there’s no reason at all that it can’t be outside in a field, in a cave, or on a rooftop… the more atmospheric the better!

At the end of the Tisch the groom will leave the room, often accompanied by his closest family and friends, who clap and cheer as he goes to see his bride for the first time on their wedding day, in a ceremony called the Badeken, which I’ll be explaining next week…