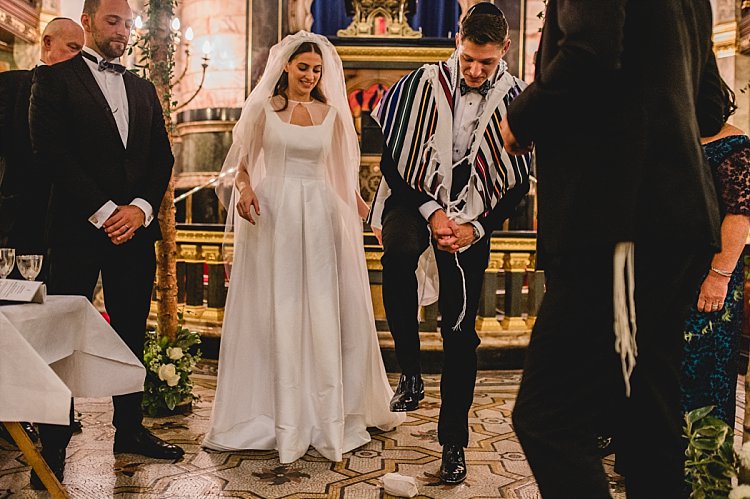 We’re super psyched to be featuring our very first Jewish wedding with the amazing acoustic roaming band and Smashing The Glass RecommendedVendor Balagan! This incredible group – formed by another beloved Smashing The Glass Recommended Vendor, Sensation Band (who also performed, keeping the dance floor packed all night long in their signature style) – is the UK’s first and only roaming band to offer Jewish sets, and we can’t get enough of the fun, personalized vibe they bring to any big day.

STG Brides Club member Ella, a project manager at a branding and digital agency, and Matt, head of data at a life insurance start-up, say booking Balagan was the best wedding planning decision they made, and we’re not at all surprised – they are a truly incredible group!

And until February 7, you have the chance to enter to win an epic performance from Balagan for your very own wedding! Head over to this post for full details.

So obviously the music at this wedding earns top marks… but believe it or not, that’s only the tip of the iceberg of this wonderful day. First off, we can’t get over the fact that Matt built the couple’s birch wood chuppah as a tribute to his late grandfather who taught him about woodwork (and how sweet is it that after the wedding the pair donated it to a nearby synagogue for other couples who may need it?).

And then there’s Ella’s impeccable bridal style. She found her gorgeous dress at Smashing The Glass Recommended Vendor Morgan Davies, who worked with her to combine two Jesus Peiro dresses into the style of her dreams. Ella’s got nothing but rave reviews about the team at Morgan Davies – and the result could not have been any more perfect. We’re also obsessed with the tulle Savannah Miller cape the bride wore to cover her shoulders during the Orthodox ceremony.

Photographer Barney Walters (who the couple found right here on Smashing the Glass) and videographer Ben Foster captured this beautiful wedding so perfectly – it’s really not to be missed. Do read on for Ella’s full writeup – there’s far more good stuff going on than we have room to mention here! 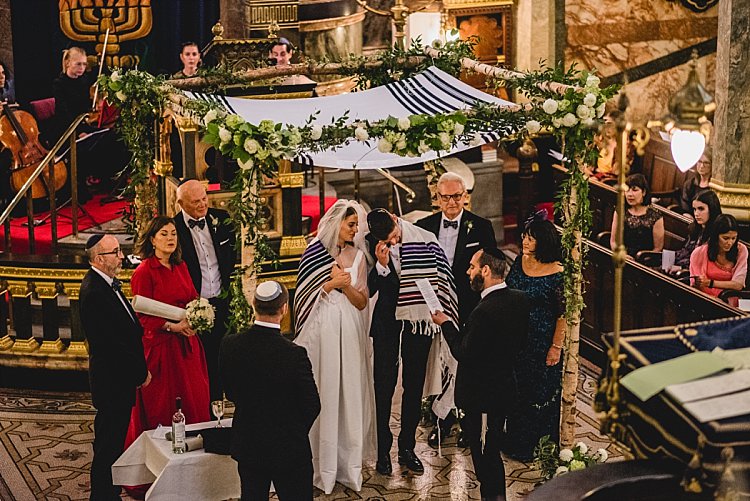 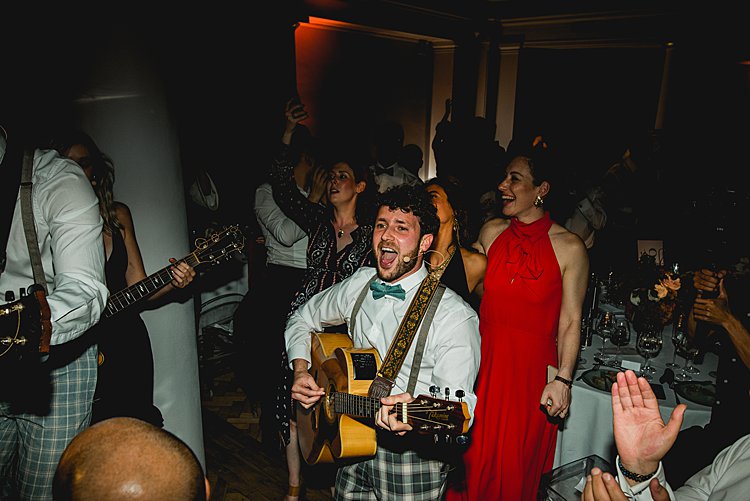 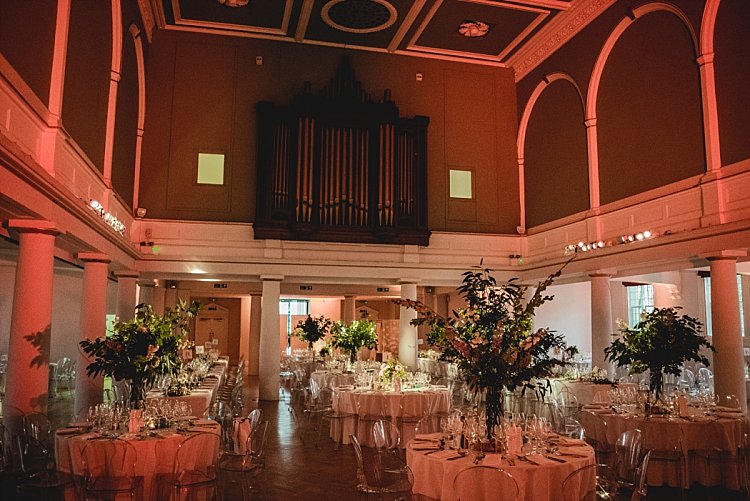 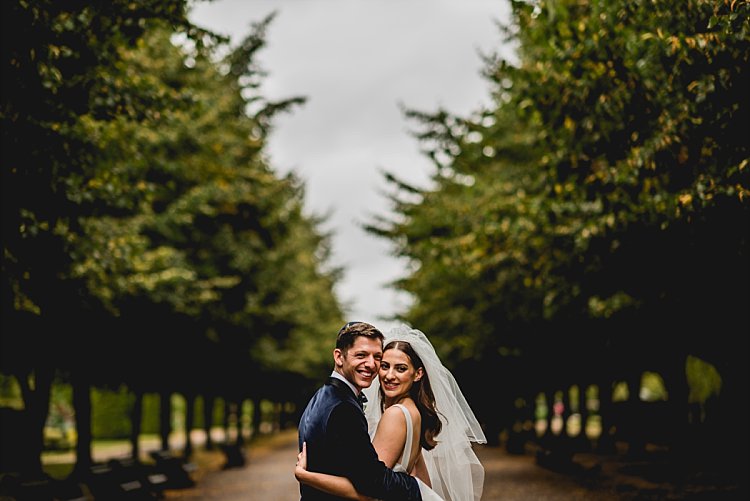 Ella, the bride: Matt and I met on none other than Tinder. When I came across Matt back in 2015, Tinder said we had around 90 friends in common which I assumed was a glitch with the app. It turned out we grew up around a mile away from each other and did have many friends in common. We must have both been at various parties in the past but had never met.

When we matched I messaged two close friends to ask what they thought of him and they both said he was a real mensch. One week later we’d been on our first date and that was that! Because of all of our mutual friends there were definitely more than a few people walking around our wedding claiming that they’d made the shidduch.

END_OF_DOCUMENT_TOKEN_TO_BE_REPLACED 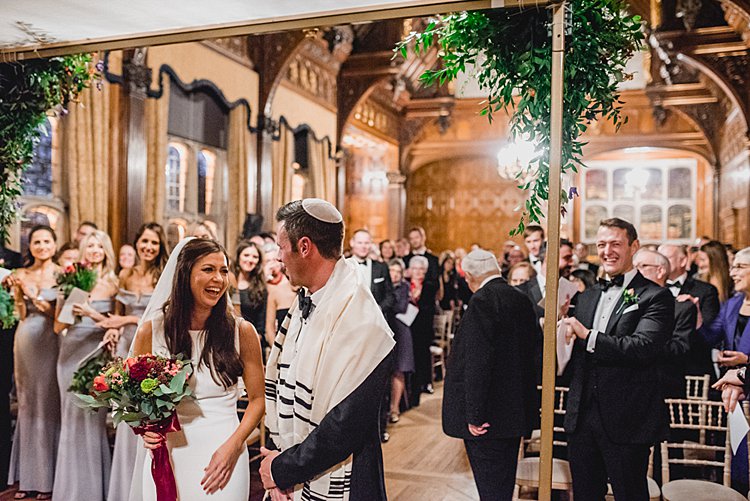 Lucinda, who works in marketing, and Max, a lawyer (#teamopptiedtheknot)could not have picked a cooler spot for their winter glam Jewish wedding, and we love how they played it up with awesome candelabra centerpieces, a beautiful gold chuppah, and the perfect wintry florals in deep berries and greens.

We’re totally not surprised to hear the bride’s report that the kosher catering from STG Recommended Vendor Food Story was stellar (and that the catering manager was a huge help in coordinating the day, even beyond food), and we’re totally craving some of those luscious canapà©s in the photos. The cocktails look pretty swanky themselves, for that matter…

But this wedding is more than it’s luxe style. The emotion captured in Barney Walters’ wonderful photos is just something else — his captures of the couple under the chuppah are truly unmissable. We love that, since Lucinda’s father had passed away, Max’s dad stepped in and gave a beautiful speech — the fact that Lucinda was so bowled over with emotion after listening to his speech, plus Max’s, the MC’s and best man’s, that she couldn’t deliver her own bride’s speech she’d prepared for herself really says it all!

Now we’ll hand you over to Lucinda herself, who looked so elegant in her simple, chic Pronovias dress… 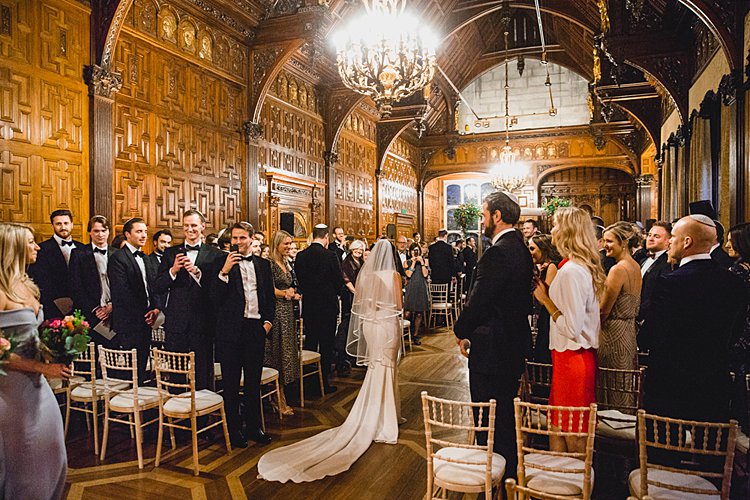 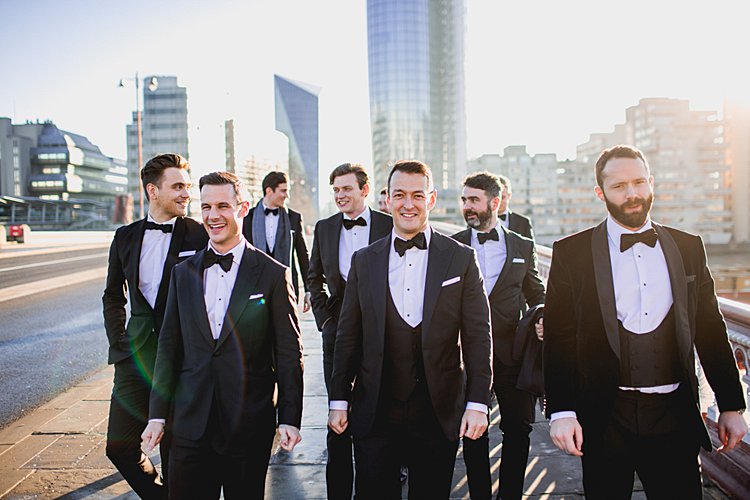 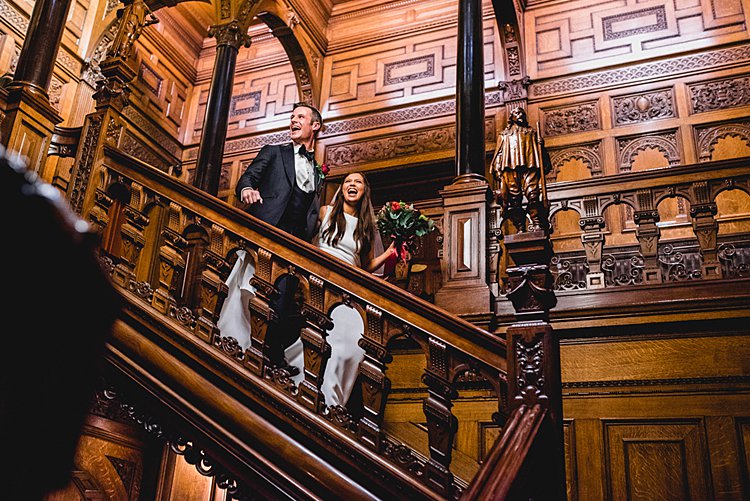 Lucinda, the bride: We met through mutual friends in a London nightclub… and the rest, as they say, is history!

END_OF_DOCUMENT_TOKEN_TO_BE_REPLACED 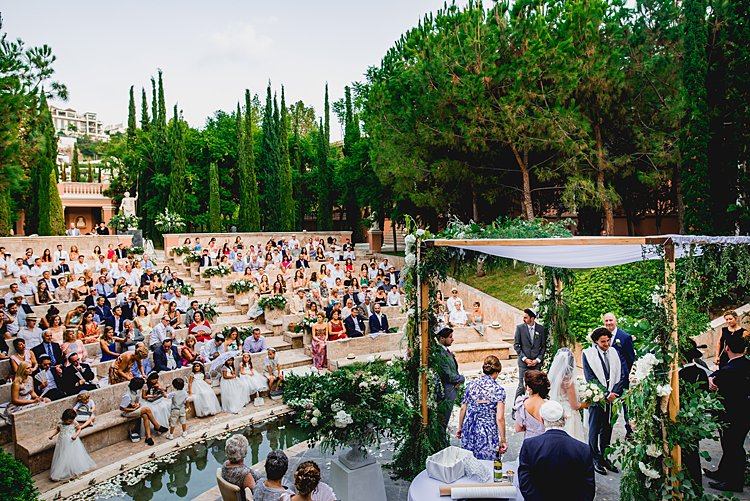 Wow wow wow. This duo is just beyond… Stunning couple Claudia, who works in recruitment, and Nick, who works for Diageo, had the most exquisite outdoor summer destination Jewish wedding. The London-based pair opted to wed in sunny Marbella, Spain, and with guests coming in from every continent but Antarctica, the pair made a weekend of their celebration, with a full calendar of activities–including a henna party!

Claudia and Nick found the ultimate romantic setting for their chuppah in Villa Padierna Palace. Calling this breathtaking spot a hotel doesn’t do it justice; the place looks like a Tuscan palace that’s been airdropped in to the Costa del Sol.

Following the emotional ceremony, the pair threw an epic all-night dance party at one of Marbella’s top nightclubs, LOV Olivia Valere. Their guests were totally on board, dancing into the morning–with a break for the gorgeous sparkler-studded cake the couple arranged to have brought out at 1 a.m. to keep everyone going.

Bride Claudia said when she and Nick walked down the aisle with everyone clapping, she felt like she was at a celebrity wedding–and that’s exactly the vibe we got from this fab celebration. Claudia really did look like a movie star in her dreamy Liz Martinez gown, and photographer Barney Walters and videographer Gione Da Silva captured the day in all its glamor. Now over to the gorgeous Claudia! 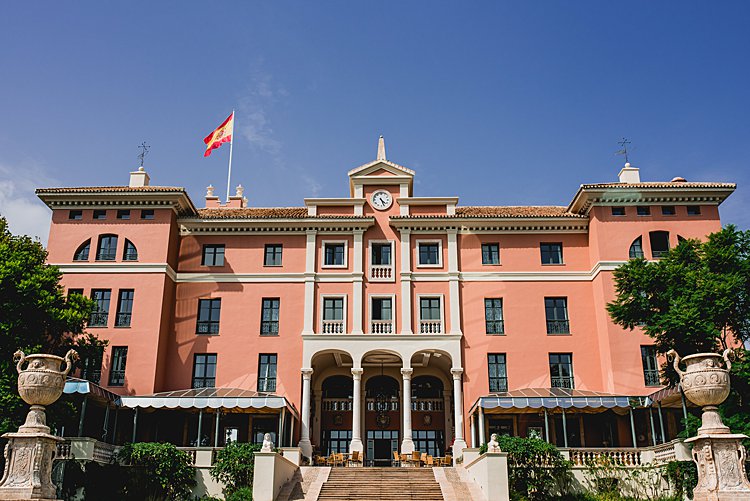 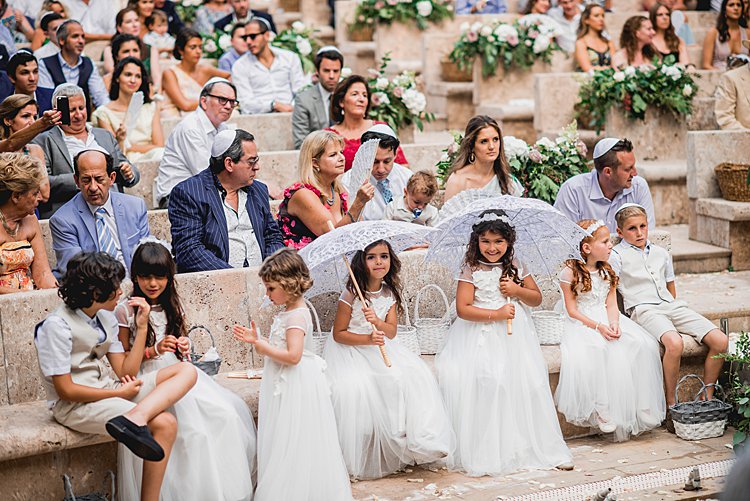 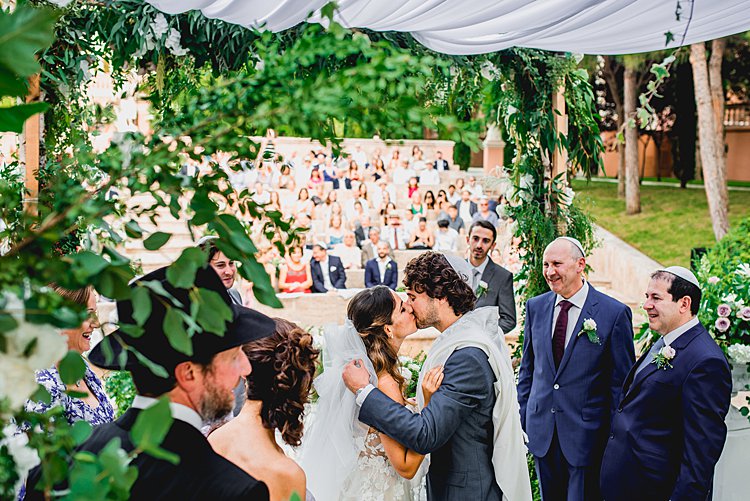 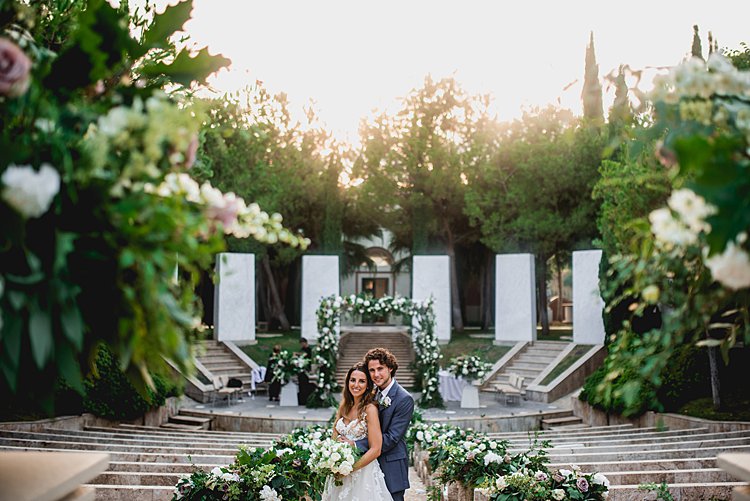 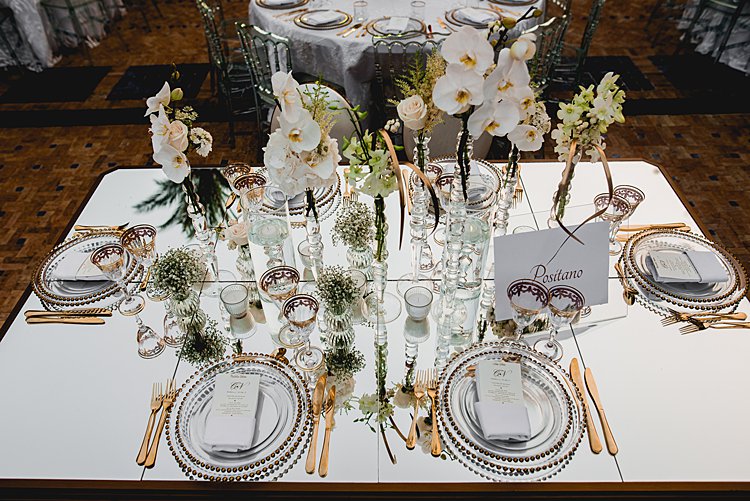 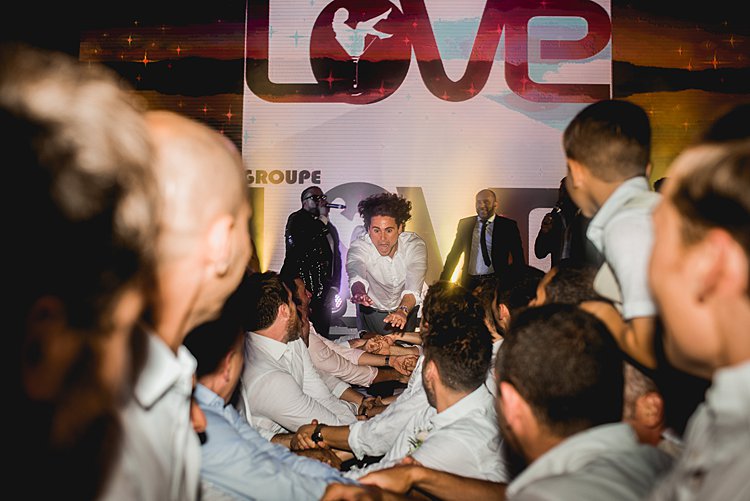 Claudia, the bride: We met at university, where we both studied French and were in the same project group, but we didn’t get together until we both lived in France almost 2 years later. We visited each other a few times and finally started dating. Three days later Nick met Claudia’s entire enormous family at her 21st birthday party in Paris and he got the seal of approval! We have now been together for 6 years!