Today on the blog we’re introducing our 5th gorgeous bride from our crop of 2017 and 2018 Real Jewish Brides! Please give a warm welcome to Clare who will be marrying Chris on 5th May 2018 at Laura Ashley The Manor in Elstree, UK.

THREE FACTS: (1) Clare is not Jewish but discovered Smashing The Glass via her Jewish sister-in-law and during her wedding planning journey it has became her favorite and most useful wedding blog (2) She finds STG refreshing in a sea of wedding blogs as she loves reading stories of couples for whom the ceremony itself is as pivotal as all the other details. (3) Due to falling in love with so many amazing Jewish weddings through the blog, and then booking a wedding consultancy session with STG founder, Karen, it confirmed to her that there were a number of Jewish elements she was going to bring into her wedding that symbolise a lot of things that are very important to her and her fiancà© in their future marriage – she will be having a ‘Jewish-inspired’ wedding! 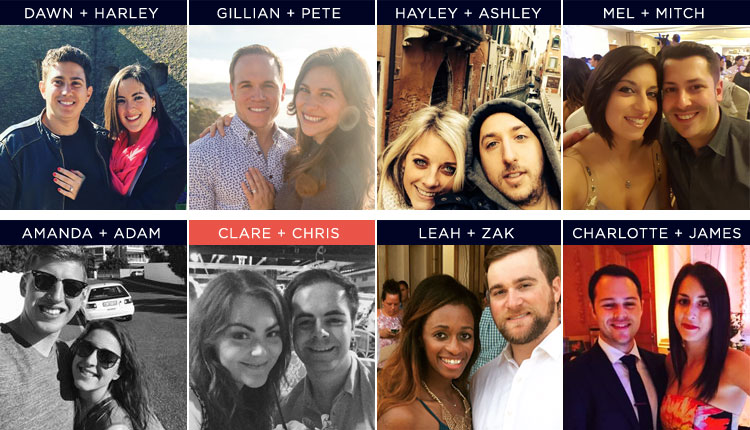 Chris and I met in the summer of 2014 through that wonderful medium that I never wanted to admit… Tinder! Needless to say I was certainly not looking for a partner at the time and having both downloaded the app without much thought on the weekend (and most definitely with a bit of alcoholic influence!) we had begun chatting by the Monday. After what seemed like endless hours of funny messages where I genuinely laughed out loud he took me for a drink which turned into a dinner and a walk along the river by night. Following that I’m pretty sure we never went a day without talking and with a few ups and downs along the way, the rest is history….

Our engagement in June 2016 wasn’t a complete surprise in that we had spoken very openly about marriage for some time and had begun looking for a house to buy together and generally planning a future. Chris had asked my views on rings and there had been plenty of screenshots sent over a good six months or so of the dream rock!

Several months before he popped the question, his parents had come across a beautiful vintage ring at an auction house where they were looking for furniture. I had been away for the weekend and Chris had received a phone call from his step mother and a multitude of texts with pictures. After she sweet talked the auction rooms staying open long enough for Chris to make the last minute dash down there to see the ring he decided it was the one! 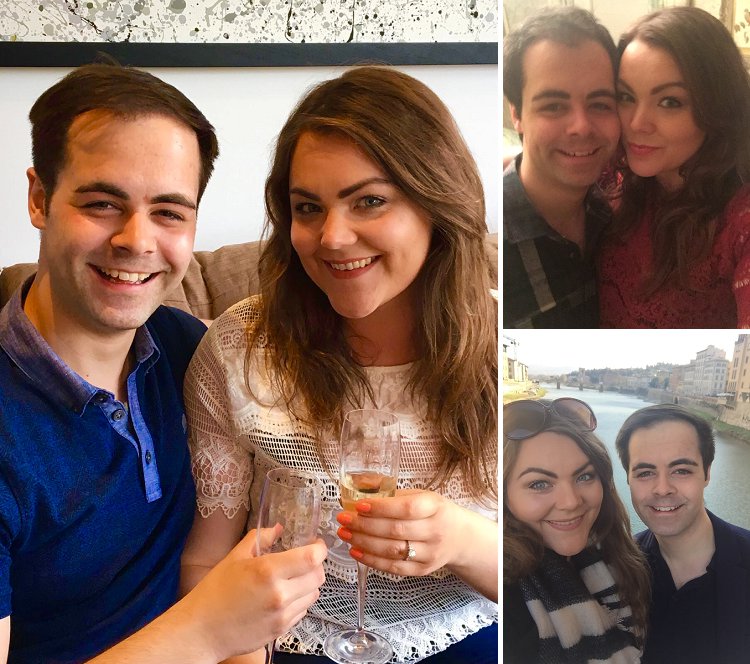 Chris proposed in the Lake District in a most stunning lake side hotel. He had reserved the boat house, in a secluded area overlooking the river. I had been surprised to even be taken away at all as I had packed for a weekend at Chris’s parent’s cabin in Oxfordshire on the basis that we were having a relaxing break after a family party for his dad’s birthday.

A last minute announcement that he wanted to whisk me away somewhere else (due to my complaints he wasn’t romantic enough!) resulted in our stay at the Gilpin Lodge. When we walked down the path to what I thought was a waiting cup of tea and actually found candles, champagne on ice and rose petals I began to get the suspicion that something was definitely up! Just a few minutes later Chris was down on one knee and made us both cry!

Since this time it has been a roller coaster ride! My wedding planning journey began as soon as we returned to London where I was reading every single wedding blog and spending inordinate amounts of time in Pinterest and Instagram looking at everything and anything related to weddings. It was at this point I came across Smashing The Glass and where I have to admit (before I feel like I’m being dishonest!) that I am not actually Jewish but came across STG through my sister in law (to be) who shared with me her Jewish wedding planning journey from a couple of years ago.

At this point, apart from having fallen in love with her beautiful flower -filled chuppah and having a couple of ‘mazel tov’ engagement cards on the mantelpiece, I hadn’t given much other thought to our wedding and any religious/cultural influence. As time went on, Smashing The Glass quickly became my favourite and most useful wedding blog as I found that it was so refreshing to read stories of couples for whom the ceremony itself was as pivotal as all the other details. 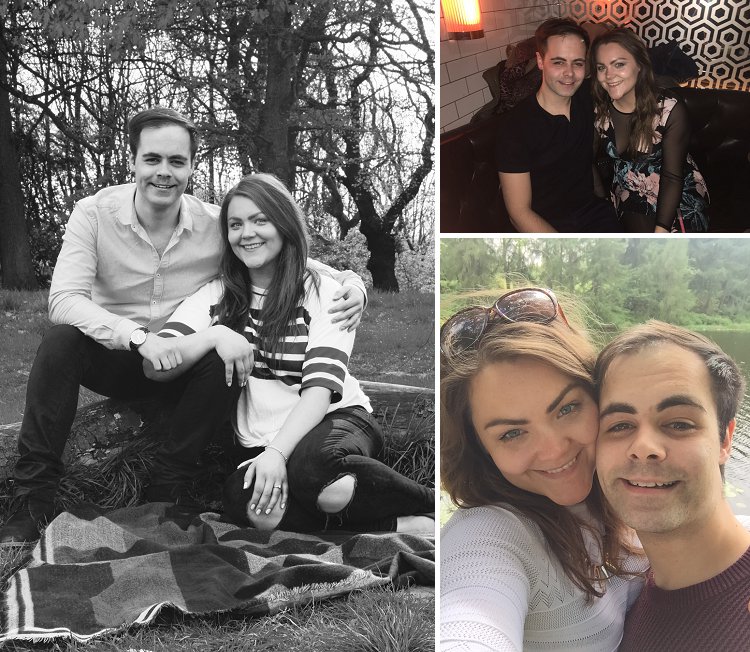 The importance of the ceremony

I find it sad that in so many weddings in the UK now the ceremony is actually just an after thought. When visiting some wedding venues and being shown a small, insignificant room ear-marked for the ceremony I had staff telling me that this isn’t an issue because it’s only for ‘the boring bit’ or ‘the legal part for 20 minutes’. Some weddings I’ve been to have been so thoroughly disappointing when the ceremony has been nothing more than a bland exchange of some vows and signing of a piece of paper. In light of this, very early on we decided to have a legal ceremony at a registry office that will just be Chris and I before our ‘real wedding’ with our own personalised ceremony and of course much eating, drinking and dancing after!

I’ve been dreaming of my wedding day since I was about five and standing together and making those vows has always been the most important part. Although Chris and I differ slightly on our religious beliefs we were both raised with a faith and whilst I would consider myself more spiritual than religious, it was really important to both of us that we had a ceremony that had aspects of religion and in which we could ultimately feel we had God’s blessing on our marriage.

Finding a blog that was dedicated to weddings that had done this so beautifully was so inspiring and led me to consider which traditions and cultural influences I wanted to incorporate into the wedding. As I researched traditions I came across for my wedding, looking at Christian customs first (as this was important to Chris and his background) I found there were many rooted in Jewish traditions which I felt were so meaningful. I love weddings where I get to observe and learn about different rituals and find it very special that today we still carry out some that have been a part of ceremonies for hundreds, if not, thousands of years. I knew from the earliest part of this planning journey that this was really important to me and fortunately Chris was very happy for me to design a ceremony that reflected this.

Due to falling in love with so many amazing Jewish weddings through the blog I ended up reaching out to Karen and discussing her fabulous wedding consultancy (many more details of which I am dying to share soon!) and following our meeting had completely confirmed that there were a number of Jewish elements I was going to bring into the wedding that really meant so much and symbolised a lot of things very important to us in our future marriage. I am so excited to be sharing all of this process here on the blog and really honoured to be given the opportunity to write about our ‘Jewish-inspired’ wedding!