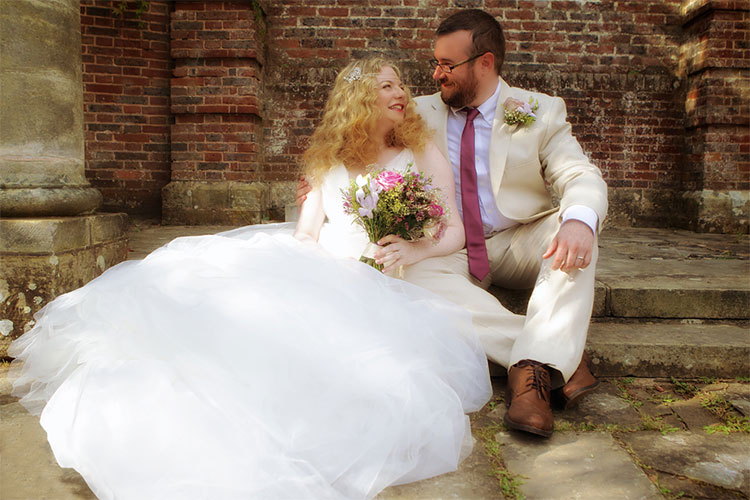 I always assumed I would marry a Jewish man. Even though I wasn’t religious, I grew up with a strong sense of culture and belonging. My father was Israeli, my mother, a Habonim alum from north London. While other families celebrated Christmas, I looked forward to feasting on doughnuts, spinning dreidels and eight days of presents (this bears repeating – eight days of presents – what you got on that, Santa?). My September birthday was frequently, and notably, ruined by coinciding with Yom Kippur, and then magically repaired with the breaking of the fast (what better way to break a fast than with birthday cake?). I loved helping to build the sukkah, failing to blow the shofar, searching for the afikoman. I loved my friends at cheder, I loved the songs, and the rituals and the togetherness – the unique warmth of a Jewish family.

I was going to marry a Jewish man, because I wanted a Jewish home. I wanted to have Jewish babies and raise them in a house full of the music of my culture, the foods, the beautiful bickering – anything else was unthinkable. 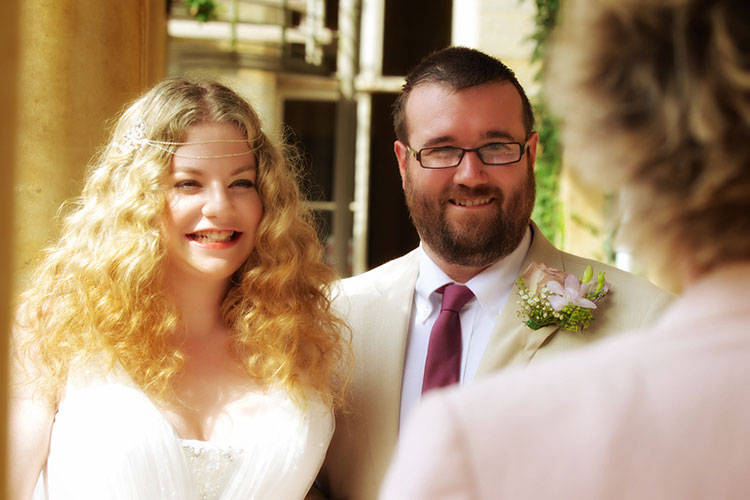 The thing about love, though, is that you don’t choose it – it chooses you. At university, I met a Jewish man, a fellow vegetarian and bohemian type, who, on paper, was perfect (and who, to this day, remains one of my closest and most important friends). But for all his convenient Jewishness, true love didn’t choose us.

We parted ways and I moved to London, where, in my very first job, I met an initially very surly IT manager, who was raised at an international school in Saudi Arabia. He was grouchy and didn’t seem to like me at all. And, in return, I didn’t like him one bit (that’ll teach him). But over much political debate, and him coming to the rescue when I managed to kill my poor, overworked laptop, this incredibly kind, startlingly intelligent, warm-hearted man was revealed to me. All grouchiness subsided – I’d read him all wrong. I had accidentally discovered a diamond – one of the last good ones. A man who would cook and clean and support my dreams with unconditional love and unfathomable patience. He wasn’t Jewish – but it didn’t matter. I was in love. 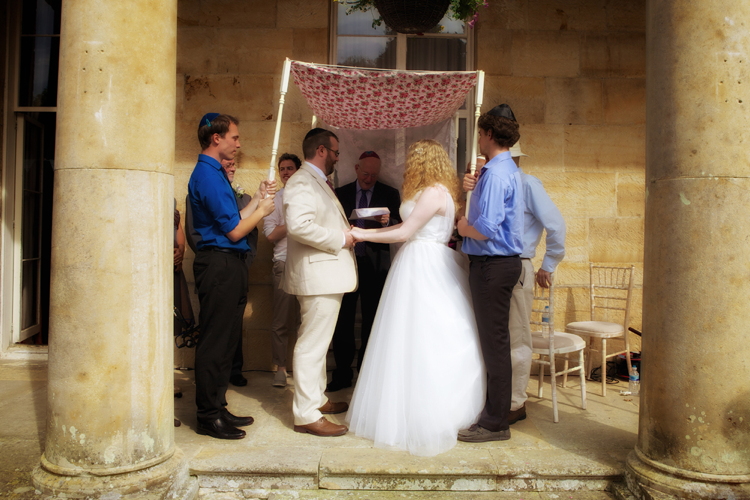 John (I know – so New Testament) had never had much contact with Jewish culture or faith, but that quickly changed. His first Rosh Hashanah family meal was a revelation to him. He came, of course, for the food, but he stayed for the rest of it. He started to learn Hebrew, he came to Israel with me and delighted in his thorough interrogation at Tel Aviv airport. He started asking questions – lots of questions, most of which I couldn’t even answer. Within months, my grumpy IT guy had become more Jewish than I was.

When I introduced him to my family, there were few raised eyebrows – I’d dated non-Jewish guys before, but it had never been serious. But by the time talk of marriage came around, they were already as besotted with him as I was.

John, without a doubt, was marrying in – but that isn’t always the case. I know plenty of couples whose unions have been met with resistance. For many, this is a temporary hurdle – for some, it can be a whole lot more complicated than that. 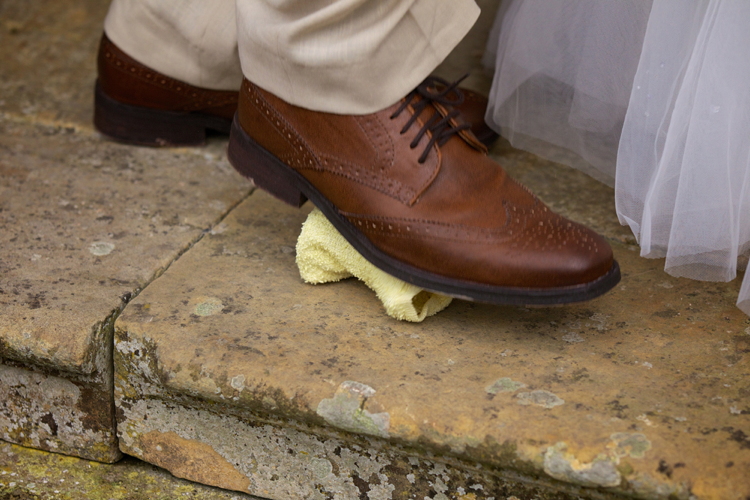 It’s 2017, and even those on the more conservative end of the spectrum are mostly at peace with the idea that love is love – but sometimes family members might need gentle reminding.

As with starting any difficult conversation, choosing your audience can ease that tricky transition. If you’re concerned there might be some in your family who might not be as welcoming as you’d like, choose a progressive and sympathetic family member or friend and discuss it with them. Ask if they might be there with you when you have the more confronting conversations – if others see acceptance, they are more likely to follow suit.

Prepare your non-Jewish partner for the rituals and services in which they will likely join in for the rest of your married life. Teach them seder songs before their first seder night arrives, help them to know how to join in. They might not know how much participation is appropriate on their part. I say the more the better – I think much of the reason my family was so happy about me choosing John as a partner was his unbridled enthusiasm for all things Jewish.

Be honest. Tell your family that this person makes you happy – and that spending the rest of your life without them would be unimaginable. Even if this isn’t immediately evident in their reaction, your long-term happiness will matter more to them than anything else.

If someone reacts badly, it could be because they’re afraid of losing you to an unknown. It might help to reassure them that you value your upbringing and culture, and that you’re still very much a part of your family.

And finally, give it time. We’re Jewish – we wandered for forty years in the wilderness – we can be patient and wait for people to slowly come around and get used to the situation.

Remember – love comes first – and your non-Jewish partner is bringing years of their own traditions, their own culture and heritage and background into a beautiful blend of Jew-ish family life. That union is a thing to be cherished and celebrated – and don’t let anyone make you feel otherwise. Good luck, and mazel tov!

About the author: Sara Gibbs is a regular features writer for Smashing the Glass, which delightfully keeps her connected to her Jewish roots and background. She is also a student of Writing and Producing Comedy at the National Film and Television School and a comedy writer with credits on Radio 4’s Dead Ringers and the News Quiz. Sara co-owns and runs satirical online women’s magazine, Succubus.