Marriage for me is something I have always wanted. It symbolises family and unity and from being a young girl I can remember always wanting to get married. Although Gid and I own a house, and after we get married nothing in our daily lives will change, for me it is a bond. A way of telling each other and the world that we are here, together, forever.

I always remember my dad saying to me once, after a break-up when I was 16 that “you will be the luckiest person in the world if you find someone who makes you as happy as your mum makes me” and to me, Gideon is that person and for me marriage is about telling the world and telling him.

Gid and I first met about 6 and a half years ago. We had started mixing in the same social circles and I had seen him a few times at our friends flat but we had never spoken much. We first properly spoke at a Halloween party where I was dressed as a leopard and Gid was, ironically, dressed as a husband with a ball and chain round his ankle. I remember him telling me that leopards hunt in trees (great chat). After that night Gid and I started messaging on Facebook and we hung out a few times. On a night out at Bar Solo in Camden for our friend Gemma’s birthday we had our first kiss. There has not been a day since then that we haven’t spoken.

Our first proper date was to watch Gid’s sister play a gig in Camden and I remember thinking, wow this guy and his family are pretty cool! I think I’m going to like him! That was until the second date when after a meal at Ask we headed to the cinema. Gid hadn’t finished his garlic bread so took a doggy bag which he then tried to take into the cinema. When they said no he asked them to keep it behind the counter-sure enough he actually went back after the film and ate it! At that point I realised he wasn’t quite as cool as I thought but he was definitely the one for me!

Over the course of the next six years we have been on an amazing adventure together. Building our lives and dealing with both the good and the bad together. Gid is very romantic (despite what he tells other people!) and loves our time together to be special and unique and that is one of the many reasons I know I’m so lucky to have him in my world. We love to get away from London together and to try new and exciting things. We have also been through challenging times together where things have looked rocky and uncertain, however, we have always said that as we have got through those times we know we are meant to be together. 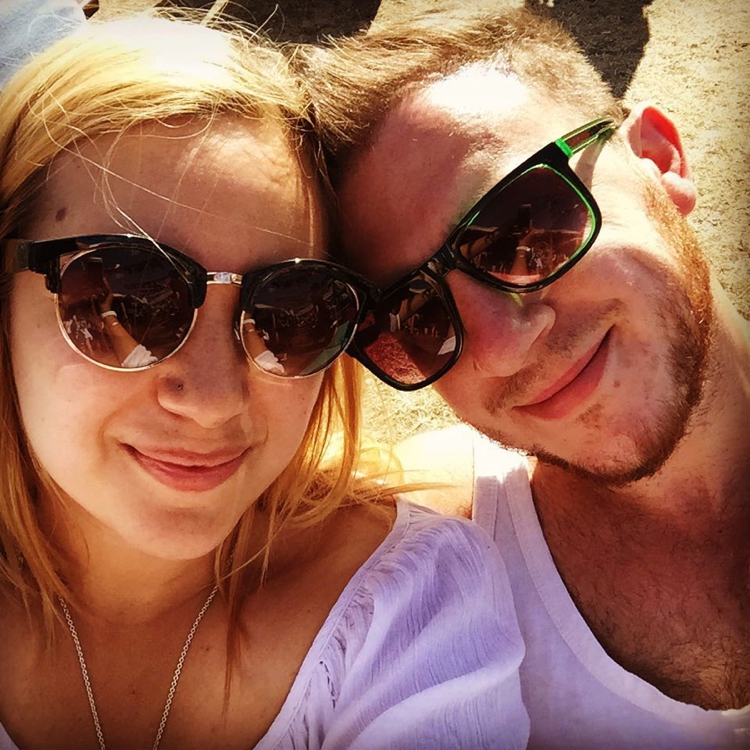 At times things have been really difficult and I wasn’t always sure we would get through certain things. My inability to move after having all my wisdom teeth out wasn’t easy and Gid really struggled with how little I could do/say. He became increasingly fed up of making sweet potato mash with cottage cheese which is all I ate and I worried if he struggled with this what would happen if I was really ill! However, we have always pulled through and I do believe that it does make us stronger and more resilient to what life has thrown at us and will continue to do. What I love is that with all of these challenges we face, we get to face them together and for me that is what marriage is about. The good and the bad times, facing the world together and supporting each other through anything.

Having lived together in a rented flat in East Finchley for a year and a half, Gid and I decided to move in with parents so we could save money to buy our own place. We knew it was the right decision but also knew that all four of us living under the same room was going to be intense. I felt like I was a child again and Gid felt he was a visitor. It was at times incredibly hard time for us (and my parents) and we had to remain strong despite having very little space that we could call our own. Although I do have the best parents in the world and they did do everything to make it as good as it could be. What was meant to be a 6 month stay ended up being 13 months and in the middle of it all Gid decided to propose…