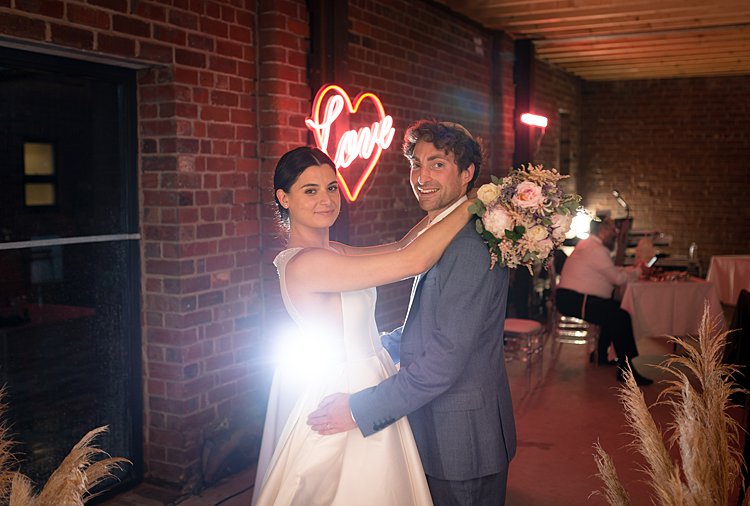 When COVID forced Liv, a mortgage broker who recently opened a take away coffee shop called Olive and Joy, and Dan, a lawyer, to scrap their original plans for a 150-guest wedding at a stately home over the May bank holiday, they came up with something even better.

As soon as 30-person weddings were allowed in England, Liv and Dan sought the guidance of Victoria from Smashing The Glass Recommended Vendor Linda Abrahams & Co in planning an ultra-memorable day in chic urban courtyard Dyson Place (Victoria, who does double duty as a planner and luxury stationer, also designed the couple’s stationery, complete with custom wedding logo). They put together a beautiful outdoor chuppah – which ended up having to be moved indoors halfway through the ceremony as the rain picked up – streamed on Zoom to all their loved ones who couldn’t be there in person. Don’t miss the gorgeous photos by Steven McNiven.

In the bride’s words,

The thing that made it so special was that there were only 30 people so we could talk to everyone there really easily and all of them were our closest family and friends. Anyone who is doubting whether to go ahead with a smaller wedding during government restrictions – we definitely recommend it!

Now we’ll turn you over to Liv… 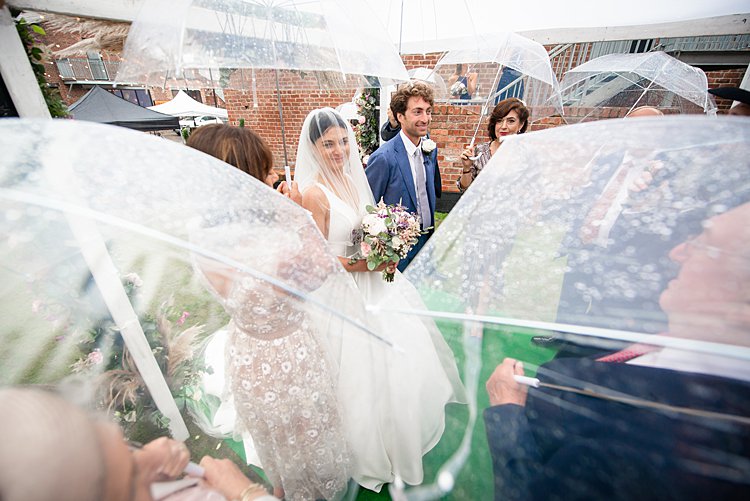 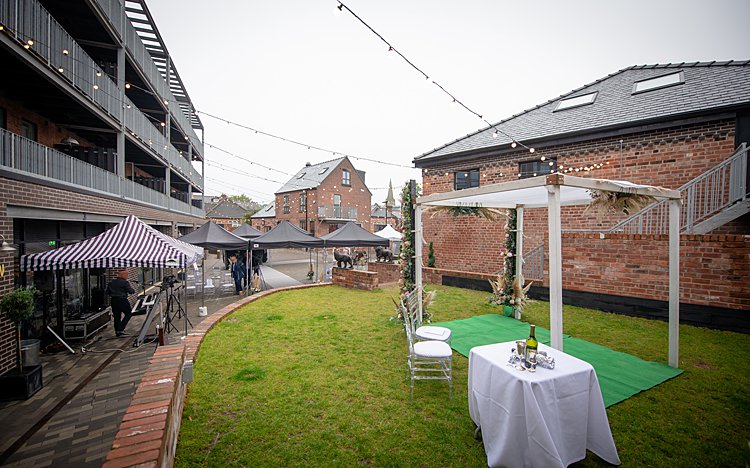 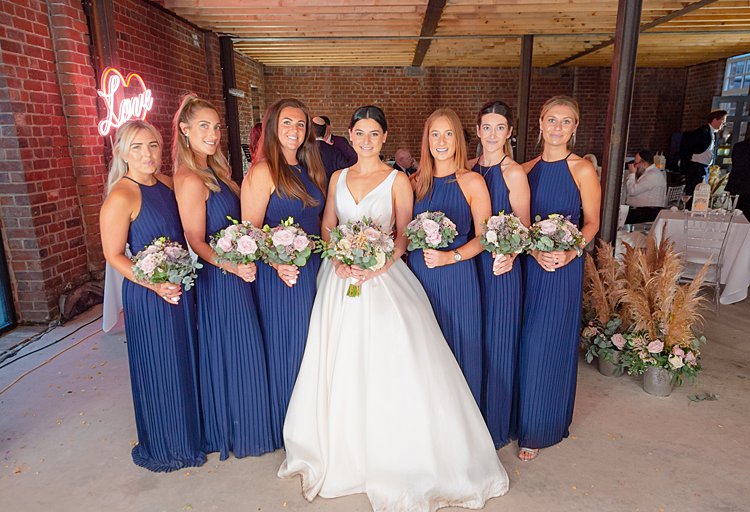 Olivia, the bride and Daniel, the groom: We have known each other for as long as we can remember. Our parents were friends when we were little and it turns out that we both liked each other but neither of us realised until we swiped each other on J-swipe!

END_OF_DOCUMENT_TOKEN_TO_BE_REPLACED 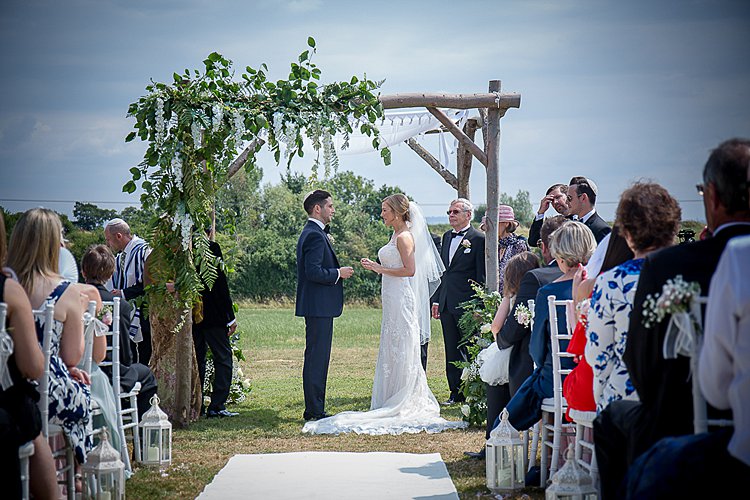 One of the things we most love here at Smashing the Glass is hearing how we’ve helped couples plan the Jew-ish wedding of their dreams. So when lovely bride Philippa (who just happens to be a member of Smashing The Glass’s Brides Club) told us she found STG while looking for interfaith wedding inspo, it melted Team STG’s collective heart — and even more so when she told us reading other brides’ writeups of their Jew-ish weddings “made me realise we weren’t the only ones out there!”

So you can only imagine out delight in finding out that she and groom Jerome booked their officiant, Smashing The Glass Recommended Vendor Rabbi Paul Glantz, via STG! Rabbi Paul helped the couple — Philippa is Christian, Jerome’s Jewish — craft an ultra-personal ceremony that reflected both of their backgrounds and traditions, complete with plentiful description of the Jewish parts of the ceremony so everyone could follow along, plus an explanatory order of service crafted by the bride. This is such a smart idea if you know you’ll be having guests who are unfamiliar with Jewish wedding traditions!

We also love that toward the end of the ceremony, after the rabbi recited the traditional Jewish seven blessings in Hebrew, the couple invited some friends and close family to give seven humanist blessings in English!

And with Smashing The Glass Recommended Vendor the Function Band performing, this wedding was no slouch from an entertainment standpoint either. The Function Band are renowned far and wide for their ability to get the party started, and we’re not surprised that guest after guest came up to the couple to tell them how awesome the band was!

We haven’t even gotten to the fab rustic elegance aesthetic, the gorgeous floral chuppah, or Philippa’s stunner of a dress from Essense of Australia, but we’ll leave it to the bride — with some support from the fab photography by Pascal from Reportage, and videography by Cedar House Productions — to fill you in on all of that… 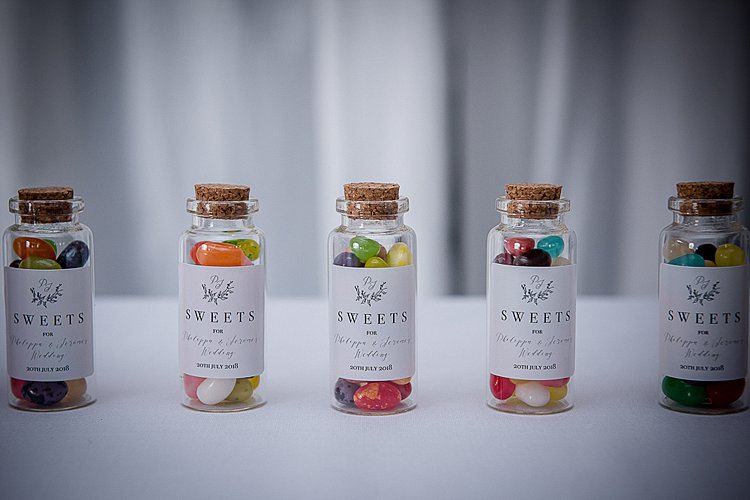 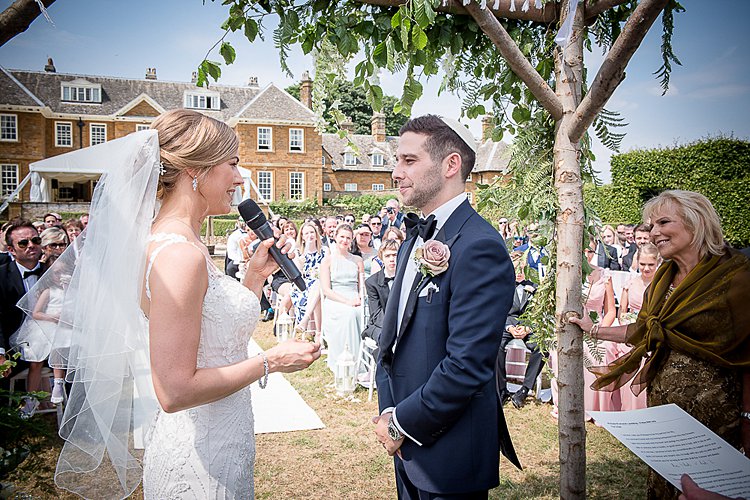 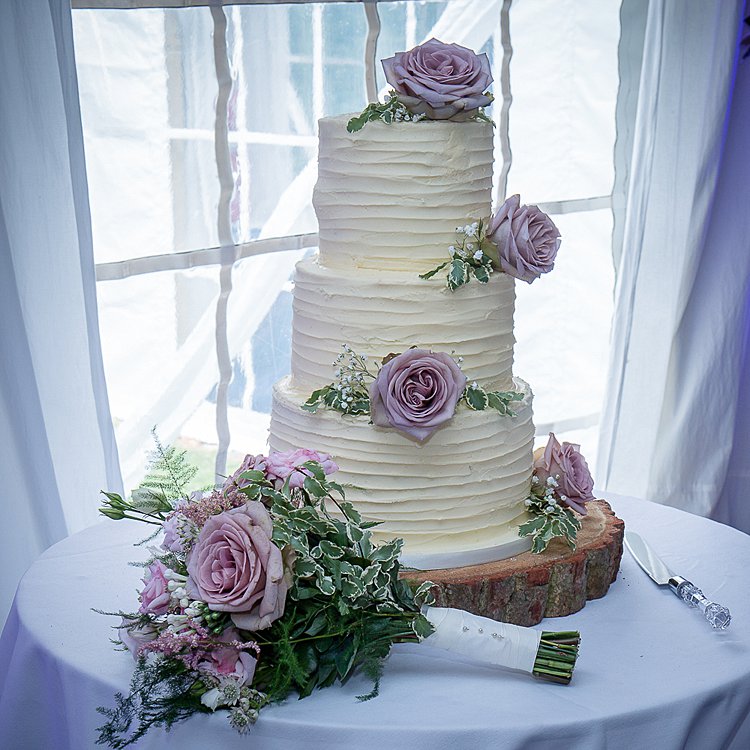 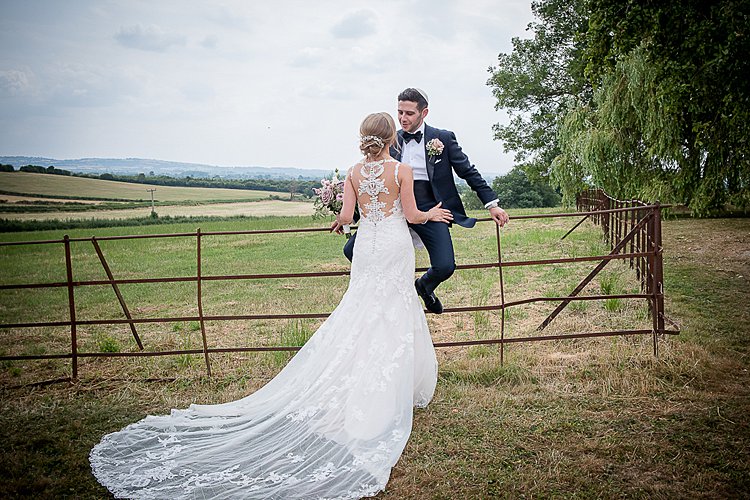 Philippa, the bride: Jerome and I both work in the media industry – I’m a producer at a creative agency making commercials and promotional content, and Jerome is head of strategic development at a creative studio, working in VR and CGI.

We met through a mutual friend whom Jerome lived with at the time and we finally got together on a big group trip to Ibiza where we started kissing in the middle of a Hardwell gig at Ushuaia! We didn’t stop kissing after that. It didn’t take long for us to realise that it was meant to be and we moved into together after 3 months.

END_OF_DOCUMENT_TOKEN_TO_BE_REPLACED 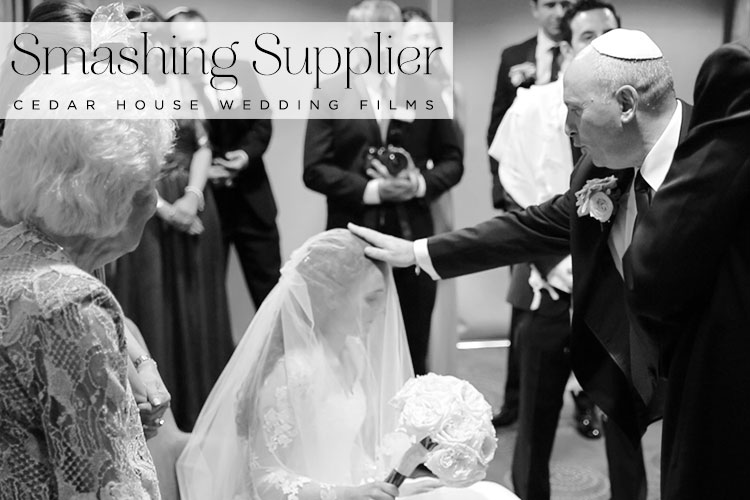 I am thrilled to welcome Cedar House Productions  to our  Smashing Suppliers, Smashing The Glass’s handpicked selection of the best brands and services the wedding industry has to offer.

You can find Cedar House Productions  in the Wedding Videography  category in the UK  Smashing Suppliers.