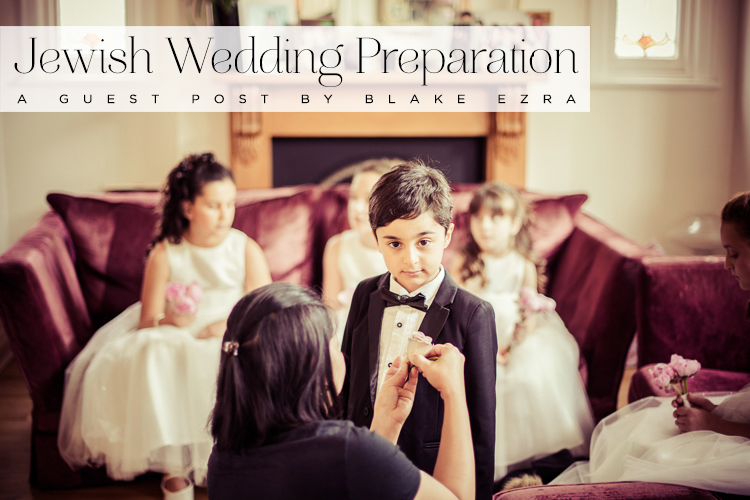 All imagery by Blake Ezra Photography. This is part 1 of the 9-part Jewish Wedding Traditions Explained series.

Over the course of the next nine weeks, Blake Ezra, one of our amazing Smashing Suppliers, will be examining the Jewish wedding traditions from morning to evening, explaining the key rituals that make Jewish (and Jew-ish) weddings so special as well as suggesting ways to personalise these traditions, and how to make them fit your individual requirements.

This will be a really useful series whether you’re planning a super-traditional wedding, an alternative or interfaith Jewish ‘I Do’, or you just want ideas for modernising the traditions to make them personal to you.

This week it’s all about preparation… 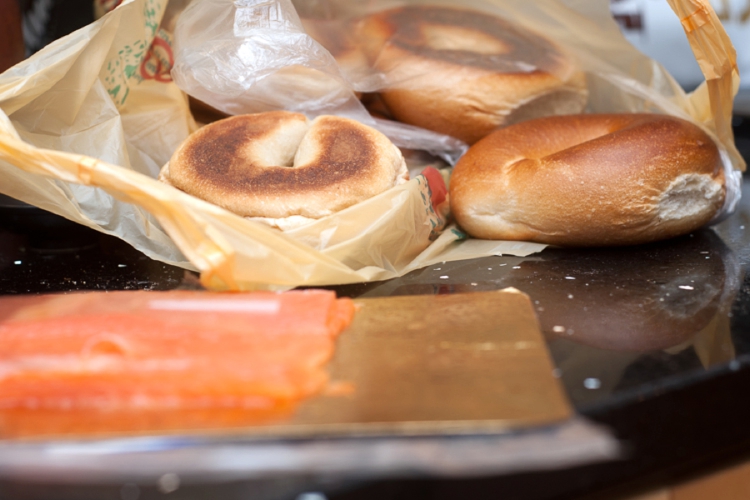 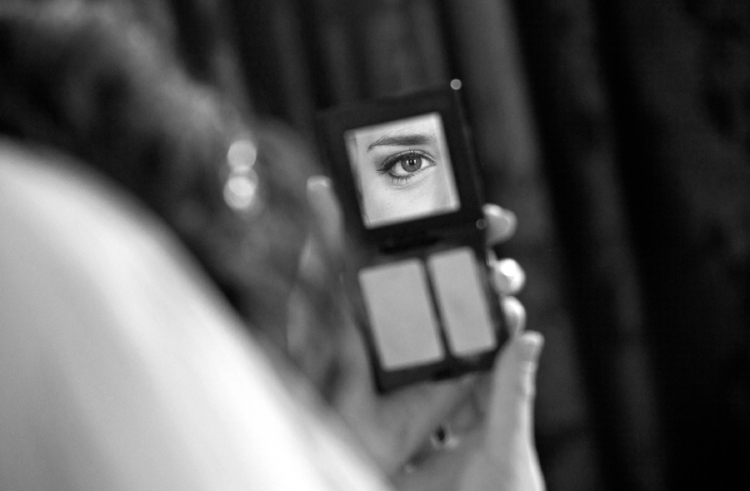 In many ways, Jewish couples prepare for their wedding ceremony and celebrations just like anybody else. The morning could include getting made over, having a spot of breakfast with family and friends, or heading to the park for some fresh air before the craziness begins. More often than not, the preparation in many Jewish homes tends to involve platters of bagels, with the occasional power ballad being played on the stereo.

As would be expected, there’s no one definitive way to prepare for your wedding as a Jewish couple, but there are a few religious traditions that some people choose to fulfil.

The first of these is separation. Some couples whose weddings we’ve photographed have been apart for ten days in the run up to the big day, some without any contact at all. Some choose not to see each other for 24 hours. Absence definitely makes the heart grow fonder, but each couple does what’s most comfortable and suited to them.

It’s customary also for the Groom to go to the ‘mikvah’ the morning of the wedding, this is a ritual bath often found attached to a synagogue. This process involves being totally naked and fully submerged in water, and as the Groom emerges from the water it represents a rebirth — a brand new life along with his Bride, cleansed of whatever came before and ready to start afresh as a married man. On a spiritual level this can be done anywhere, an awesome Groom we recently photographed dived into the freezing cold Men’s Swimming Pond in Hampstead Heath! 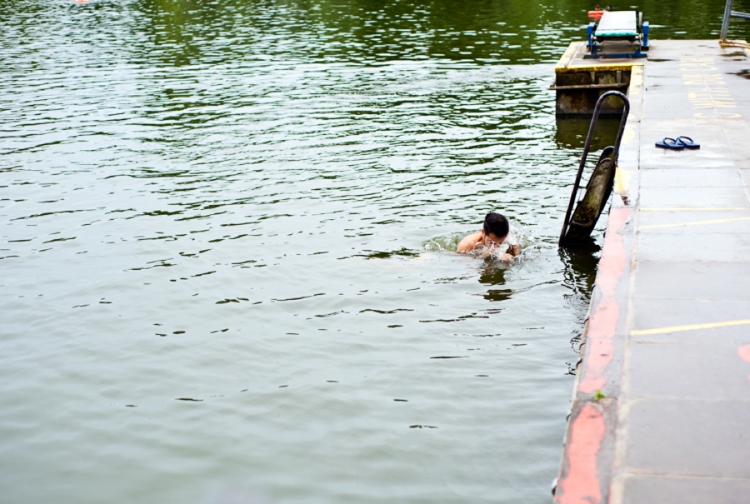 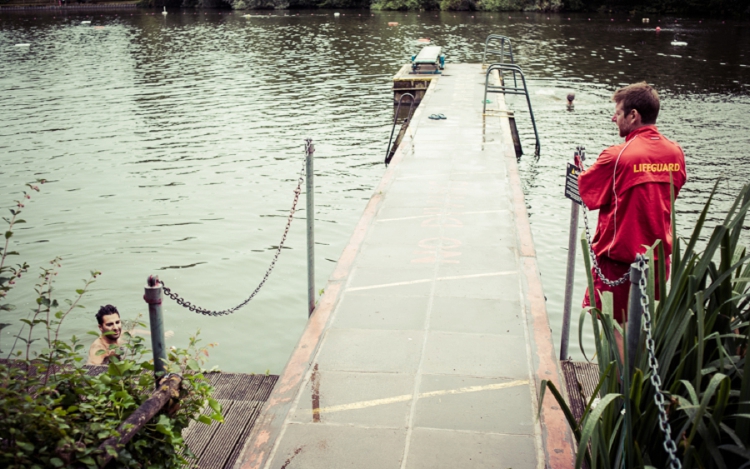 Another tradition that many religious couples take part in is ‘Tefilah’, or in English, ‘prayer’. It’s customary for the couple to recite passages from the Book of Psalms on the morning of the wedding. In religious circles, it’s said that individuals have a much more direct connection with God on their wedding day, so much so that many wedding guests will ask the couple for a blessing! For those couples for whom reciting Psalms doesn’t seem very, well, ‘them’, some moments of personal reflection on such an epic day can make it all the more meaningful.

Religious couples also tend to fast on the day of their wedding, from the time they wake up, until they’re a married couple. There are two main reasons for this. The first is that, Jewishly speaking, couples are forgiven for all their sins on the day of their wedding, so the day isn’t just about love and celebration, but about repentance too, like the fast day of Yom Kippur. The second is a practical reason, about the judgment of couples when committing to this union for the rest of their lives. If you’re fasting, you can’t drink. If you can’t drink, you can’t drink alcohol, which ensures you’re fully sober and acting with sound judgment when you stand under the Chuppah, and sign the necessary documents. It’d be an extraordinary thing for someone to get married when drunk and then regret it, but Judaism isn’t great with risk-taking, it’s a religion that prefers to plan for any eventuality! 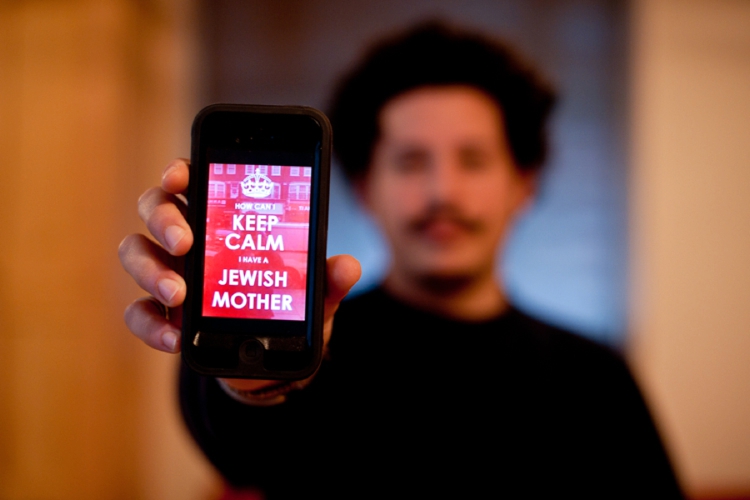 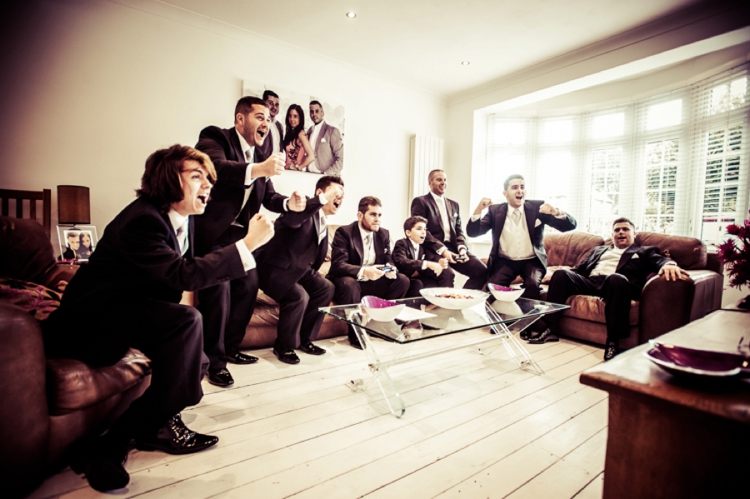 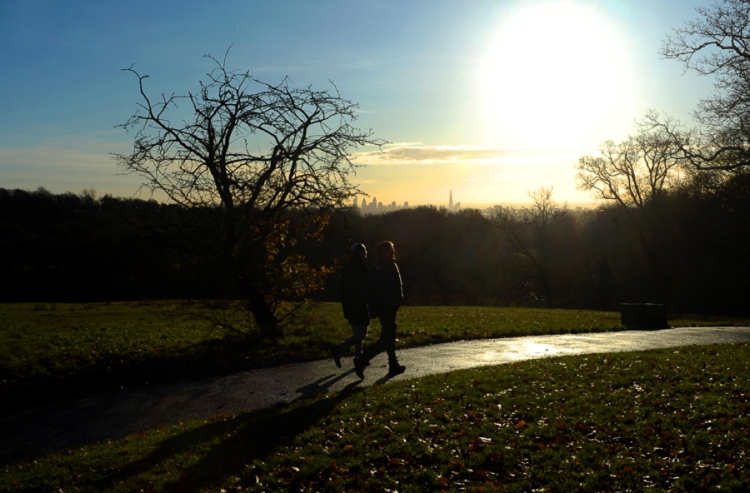 Of course, everyone should do what feels right for them on the morning of their wedding day, whether that involves taking part in existing religious customs, tweaking the religious traditions to make them more meaningful and personal, or sitting with friends having a couple of drinks whilst MTV Base provides the ‘Best 90s Hip Hop Anthems’ in the background. It’s your wedding day, and it has to be right for you.

So, we’ve eaten bagels, dunked ourselves in a pond, listened to music, said some prayers, applied a bit of make up, had a few drinks or not had a few drinks, walked in the park, and done whatever we need to feel ready for the big day ahead. Onto the ceremony…