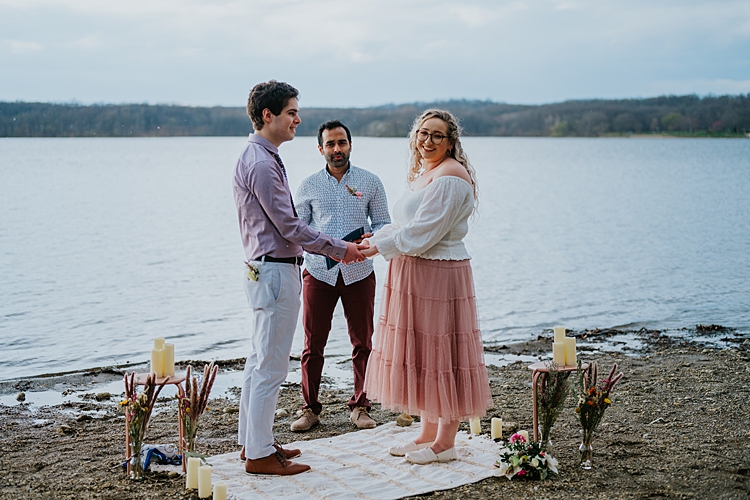 Like so many couples these days, Marisa, a clinical social worker at a psychiatric hospital in downtown Detroit, and Dan, an electrical engineer project manager for car companies, had to change their wedding plans due to the pandemic. But for these two, postponing came with a pretty sweet silver lining: they were able to make it official on their five-year dating anniversary, April 9, 2021!

The couple’s families live out of state and couldn’t make it, but their awesome crew of local friends pitched in to make their chill outdoor wedding a smashing success. For those who couldn’t make it, Marisa and Dan are planning a bigger vow renewal celebration for 2022, complete with dancing, hugging, and food trucks. Sounds like an awesome party, though to be honest we’re already pretty smitten with the couple’s micro wedding – and after scrolling through the gorgeous photos from the pair’s photographer and friend, Eclectic Desire Photography, we bet you will be too.

We’re also in love with Marisa and Dan’s gorgeous ketubah from Smashing The Glass Recommended Vendor Windthrow Fine Art. Marisa and Stephanie – one half of Windthrow, along with her twin brother Eddie, the artist – are former coworkers, and when Marisa saw some of the gorgeous nature-inspired ketubot Windthrow is known for, she knew she’d found just the thing for her wedding – or rather, weddings: Marisa and Dan opted to sign their ketubah, along with one witness, at their micro wedding, and Marisa’s aunt (who also gifted the ketubah to the couple!) plus another witness will add further signatures at the vow renewal next year.

Now over to Marisa… 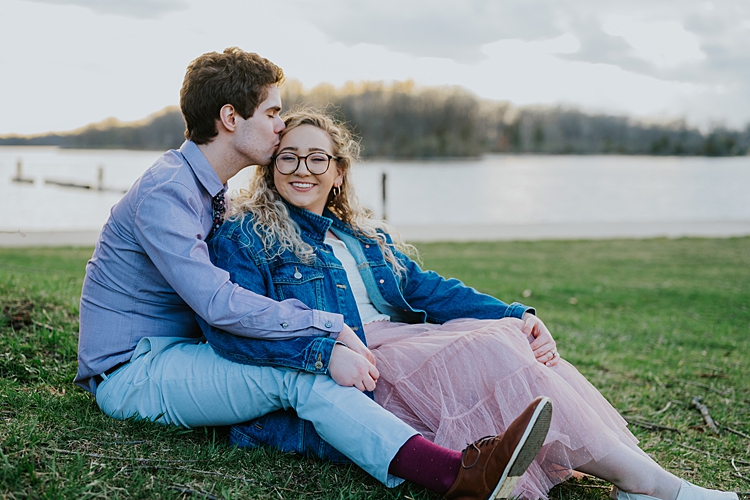 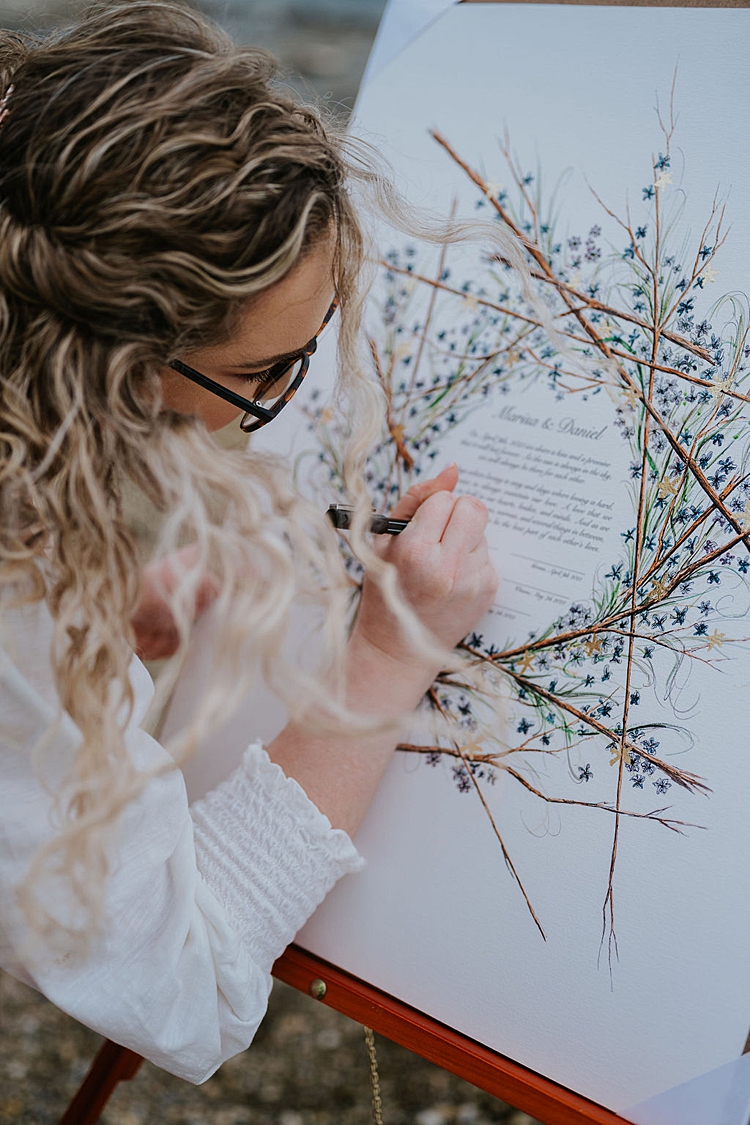 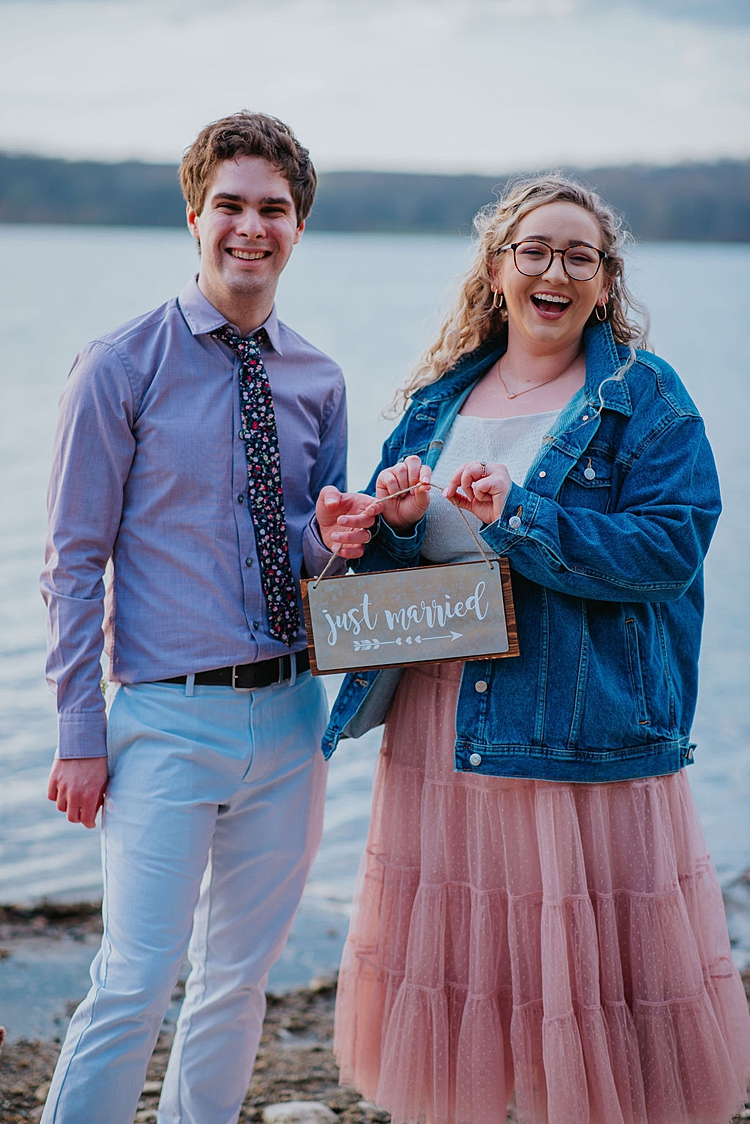 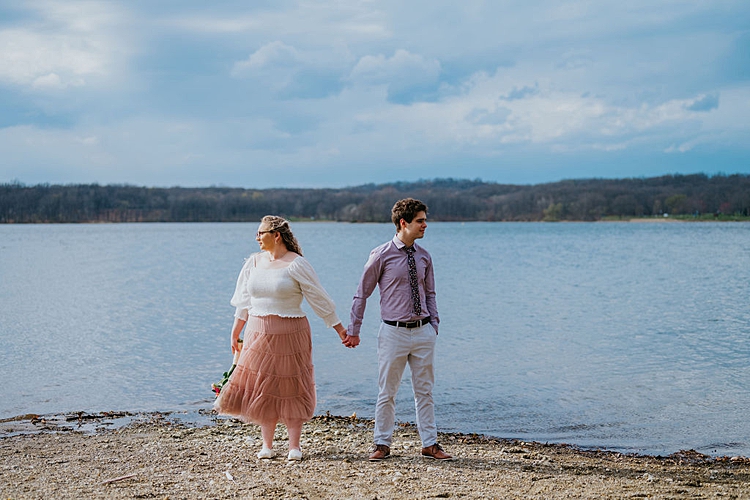 Marisa, the bride and Dan the groom: Dan and Marisa’s wedding took place on the five year anniversary of their first date. Dan and Marisa met on Tinder and after talking via text for about a month, they met in person on April 9, 2016. Their first date was in Easton, PA at a small ice cream shop close to Lafayette College. This date was full of laughter and only a few awkward moments. Looking back, there’s a lot of different ways this first date could have unfolded (online dating is hard!) and it’s a great date to look back on and laugh about.

A year later, Dan and Marisa moved to Pittsburgh, PA. Marisa started a grad school program in social work and Dan started his career in electrical engineering. Two years after that, they moved to Michigan to pursue new job opportunities. They were open to doing something new and Marisa continued her career in Jewish non-profit community organizing before landing in her current role as a clinical social worker at a psychiatric hospital in downtown Detroit. And Dan continues his career as an electrical engineer project manager for car companies. END_OF_DOCUMENT_TOKEN_TO_BE_REPLACED