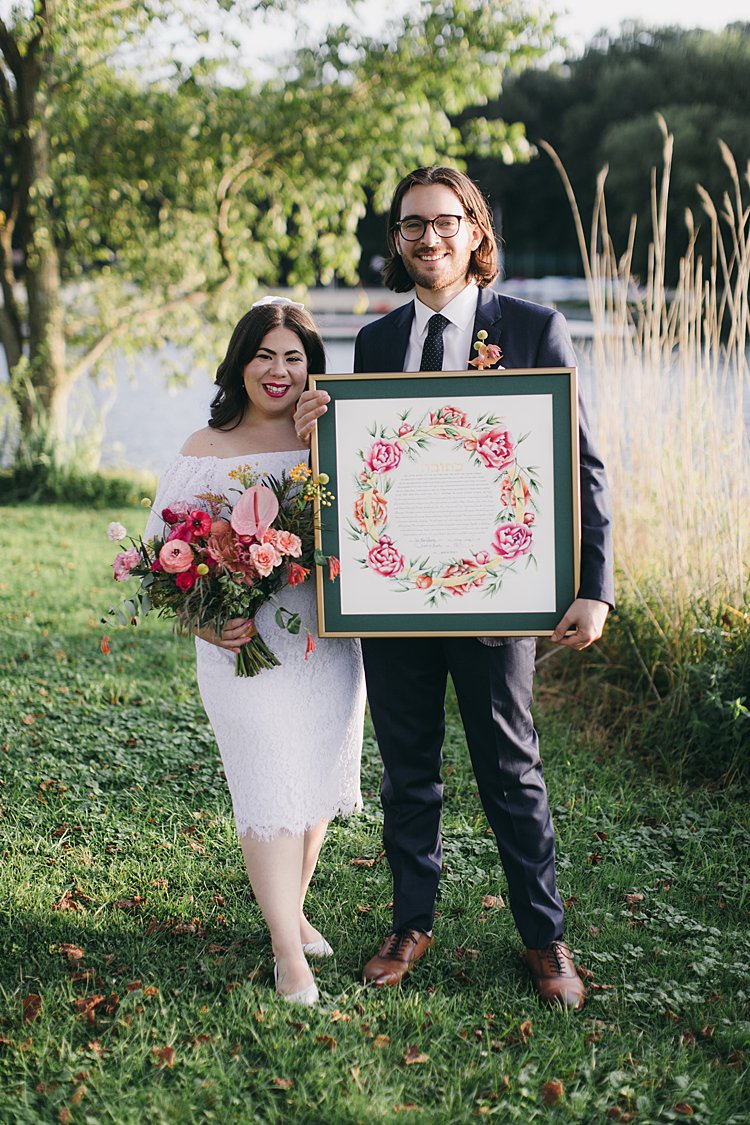 How gorgeous is the ultra-intimate micro Jewish wedding of Jori, who works in customer success for a social enterprise tech startup, and Corey, a copywriter at an ad agency?!

These two had originally planned a big wedding, but when COVID hit they had to rethink things. They ended up opting for a ceremony with just immediate family, to be followed by a big reception post-pandemic, date TBD. Jori and Corey worked with Rabbi Samantha Frank of Modern Ritual to create an intimate ceremony that made the most of the bare essentials.

The pared-down outdoor celebration was very different than the one they’d originally planned, but they managed to fit in some stunning floral touches; bright, beautiful dresses; a stunning floral ketubah by Smashing The Glass Recommended Vendor Rachelle Tchiprout of The Delicate Brush – and speeches by every single one of their guests (admittedly, there were just six – the couple’s parents, plus the groom’s brother and his girlfriend)! There’s something so special about having such a tight-knit group, and the luminous photos from One Night Cereus capture that so well.

Now over to the bride, who looked oh-so-chic in a dress from, believe it or not, ASOS! 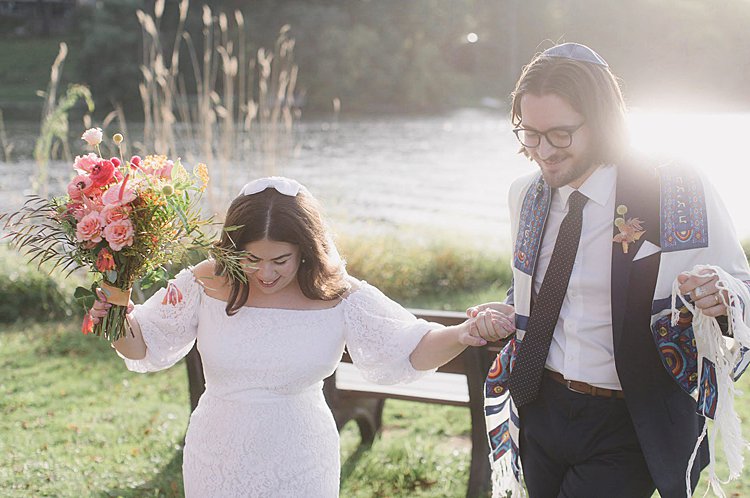 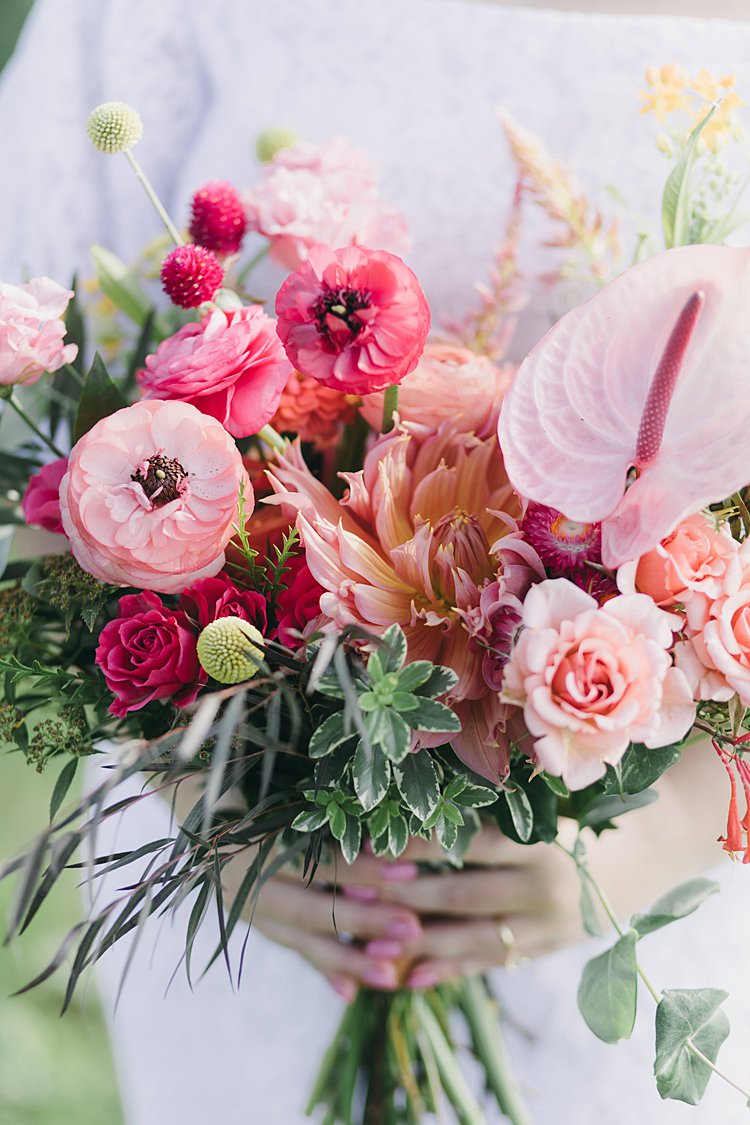 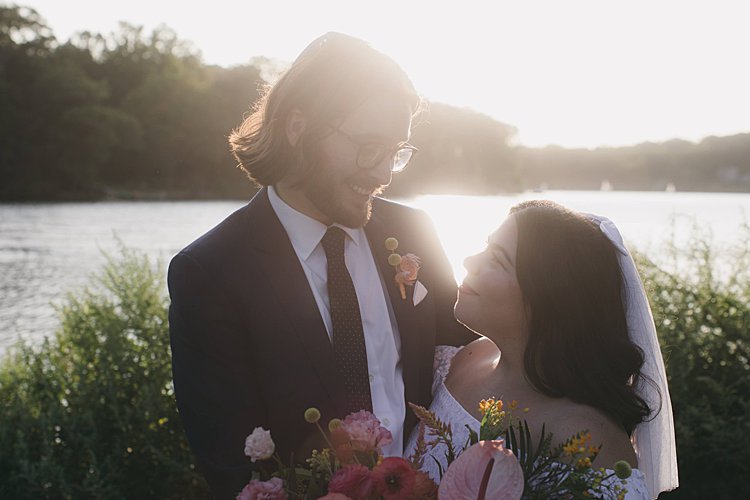 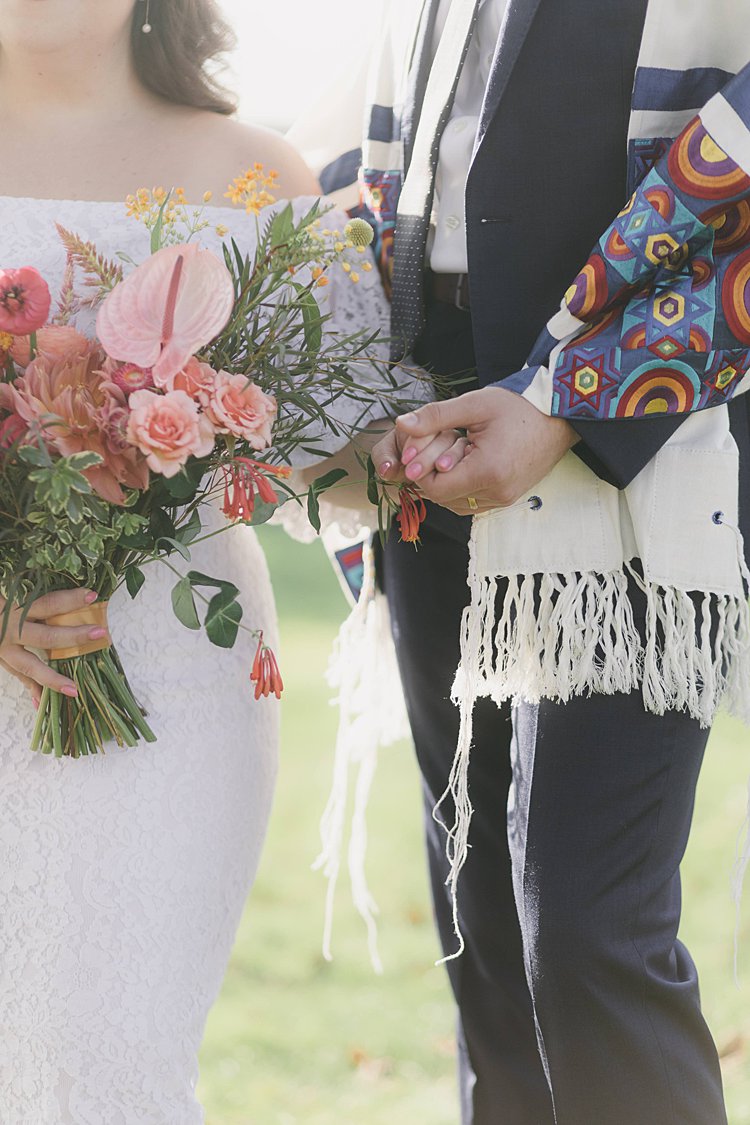 Jori, the bride and Corey, the groom: We met on the first day of college at The New School, when we both ended up at the same party that neither one wanted to be at. As I was leaving, Corey gave me his phone number and asked me to text him if I ever wanted to hang out. I ended up texting him twenty minutes later. He hadn’t even left the party himself.

We met up right away and spent our whole first night in the city walking around Greenwich Village, talking and making each other laugh. It would take a few months before our friendship would blossom into something more, but we were inseparable from that point on. END_OF_DOCUMENT_TOKEN_TO_BE_REPLACED