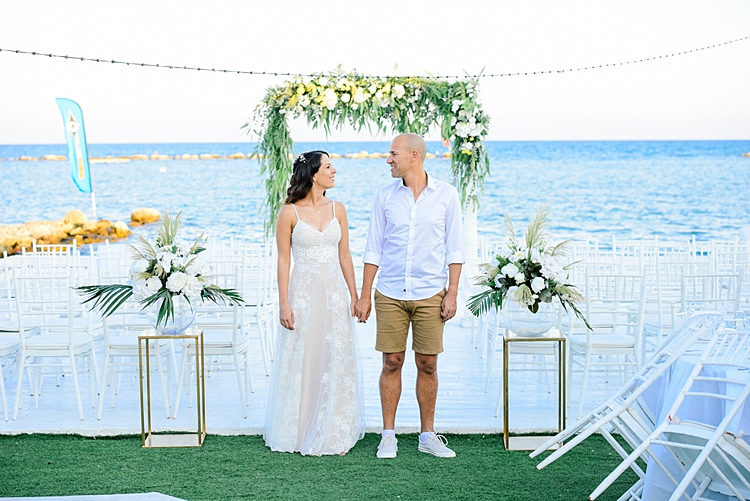 Israeli couple Hila and Tamir wanted the magic of their Jewish wedding to last more than a few hours – and so they decided to make a magical destination weekend of it! With the help of their fantastic planner, Smashing The Glass Recommended Vendor Moran Goldstein, the couple settled on Limassol, Cyprus, a breathtakingly beautiful spot just a 30-minute flight from Tel Aviv.

The celebration was spread out over four days, with different activities each day – including fun stuff like a boat trip to a blue lagoon (complete with DJ!) and a pool party – with the centerpiece being Hila and Tamir’s gorgeous oceanfront outdoor ceremony. We love that the pair had two of their best friends officiate, and instead of the traditional Seven Blessings, they had friends and relatives come up and give brief original speeches.

We’re in love with photographer Chen Belachnes’s vibrant images, and we bet you will be too.

Now over to Hila… 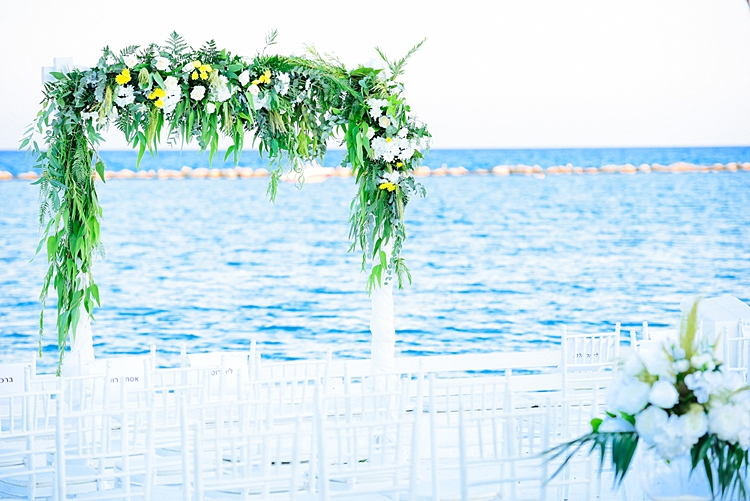 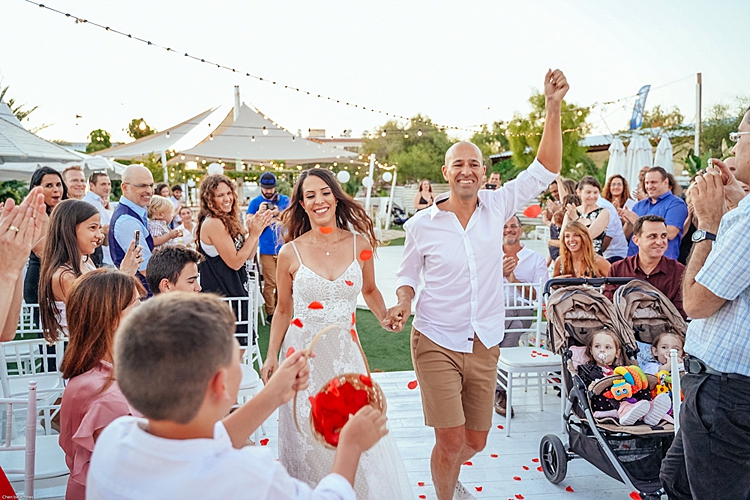 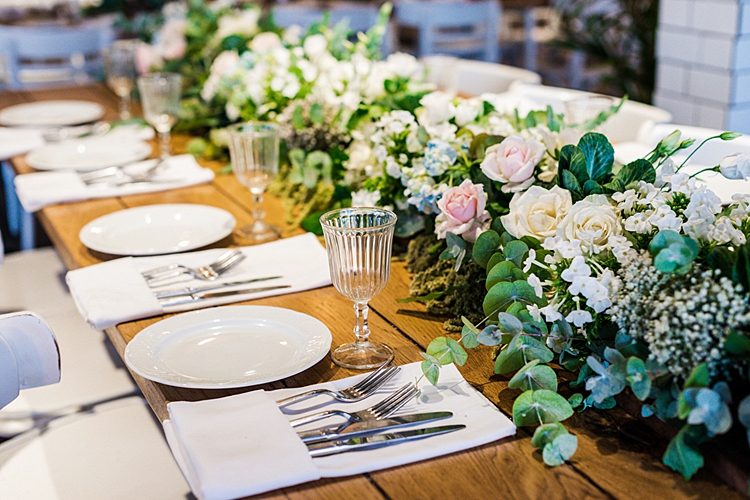 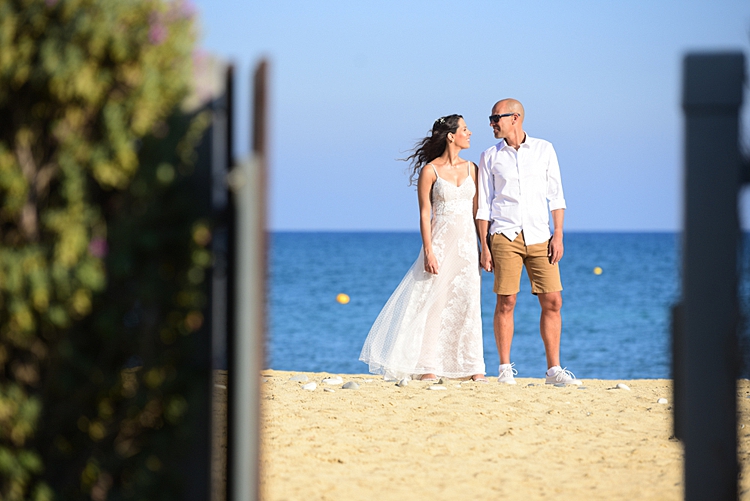 Hila, the bride: We met at a 24h cross-country relay race. END_OF_DOCUMENT_TOKEN_TO_BE_REPLACED 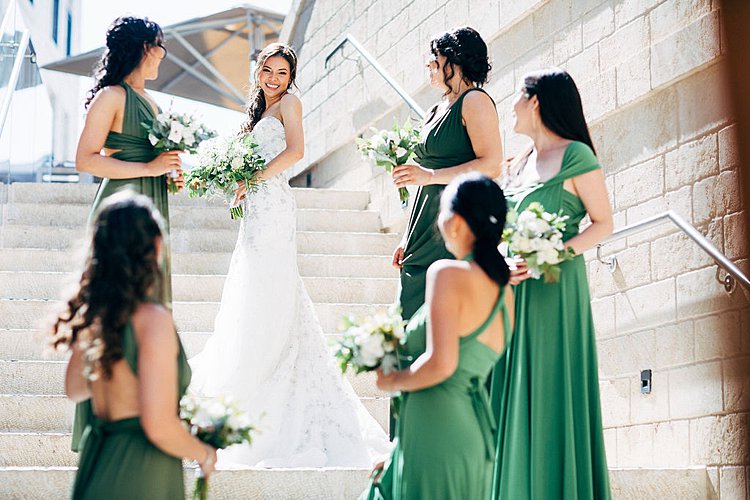 Is there anything better than a Jewish wedding in picturesque Old Jaffa? Between the historic architecture and the ocean views and the chill Israeli vibes, we’re pretty sure the answer is a resounding no! If you don’t believe us, just look at the incredible photos of STG Brides Club member Dianne, who is completing a surgical residency, and lawyer groom Shaya’s big day captured by mega-talented Smashing The Glass Recommended Vendor Ronen Boidek – according to the couple, booking him was one of the very best decisions they made during wedding planning. And we couldn’t agree more!

And while you’re at it, check out the awesome trailer from videographer Vladimir Tkach.

With such a stunning setting, Dianne and Shaya knew they wanted to keep their décor simple, favoring greenery and white florals that complemented the historic space – and they found the absolute  perfect person for the job in Smashing The Glass Recommended Vendor Yana from Craspedia Events. We’re totally obsessed with the bouquets, centerpieces, and decorations she created.

And we’re positively drooling over the delicious menu from Smashing The Glass Recommended Vendor Maasia Catering, who put together a delectable modern Mediterranean menu, complete with fun interactive food stations.

Oh, and we can’t turn you over to Dianne before we tell you about one more awesome touch: instead of a traditional cake, Dianne and Shaya opted for a rugelach tower. Yes, you heard that right – in honor of the groom’s favorite sweets from Jerusalem’s famed Marzipan Bakery, these two celebrated with three tiers of chocolate and cinnamon rugelach goodness – with a small cake on top, for tradition’s sake.

Ok, now over to the bride! 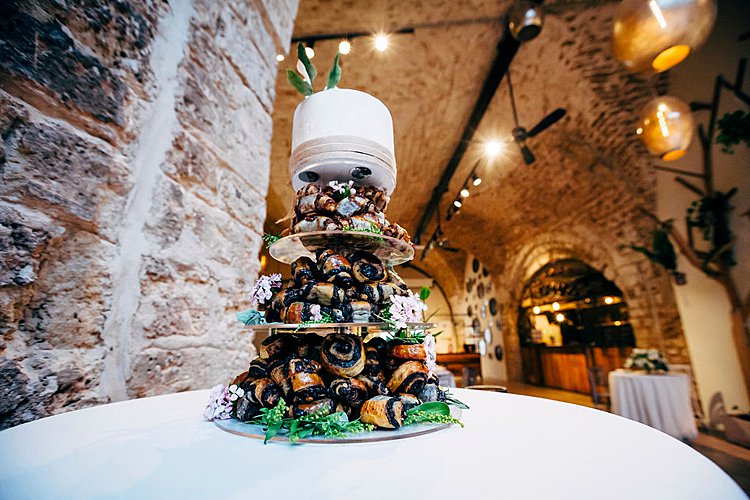 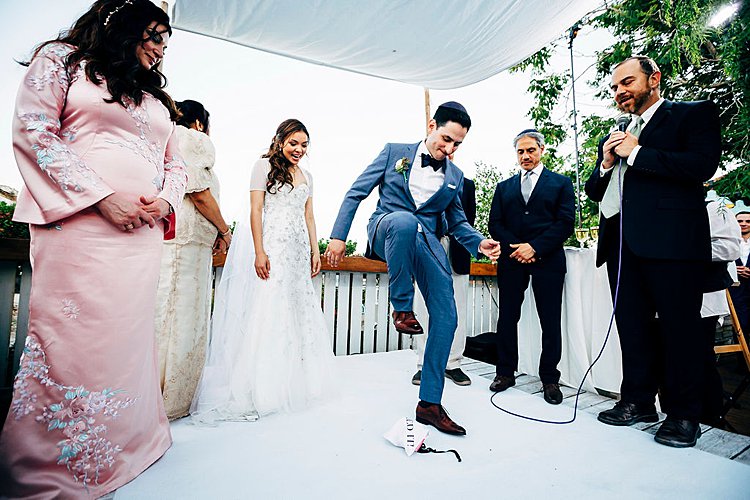 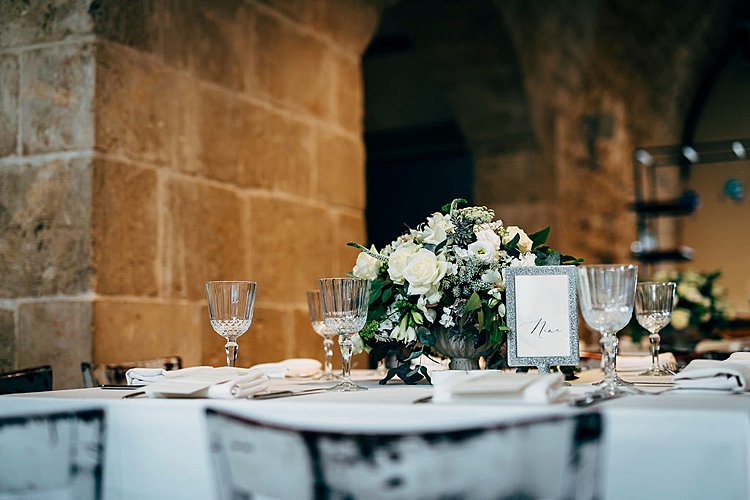 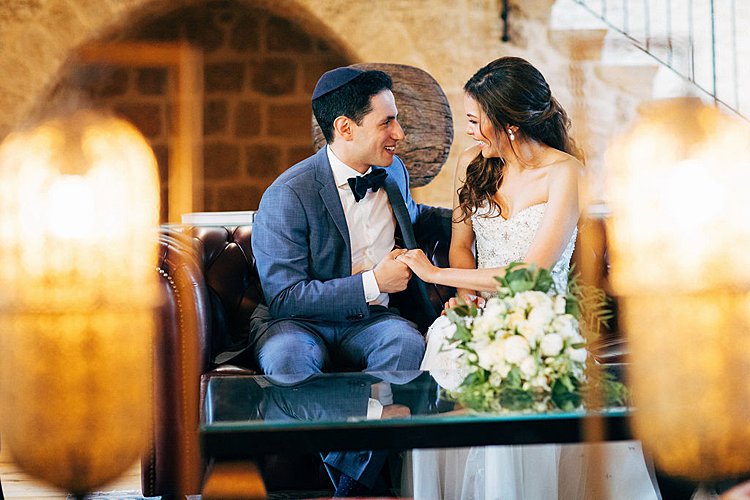 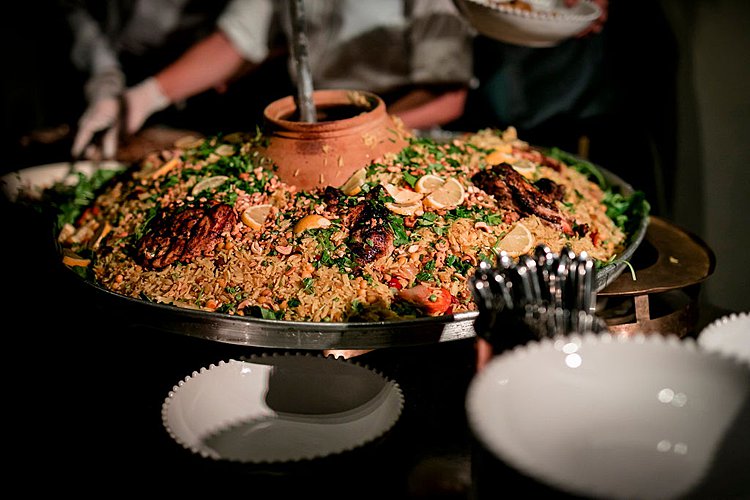 Dianne, the bride: While I am from Vancouver and Shaya is from Montreal, we met in Toronto while I was doing an elective as a medical student and Shaya was there for work. We did not think we were going to see each other again after I flew home, but here we are!