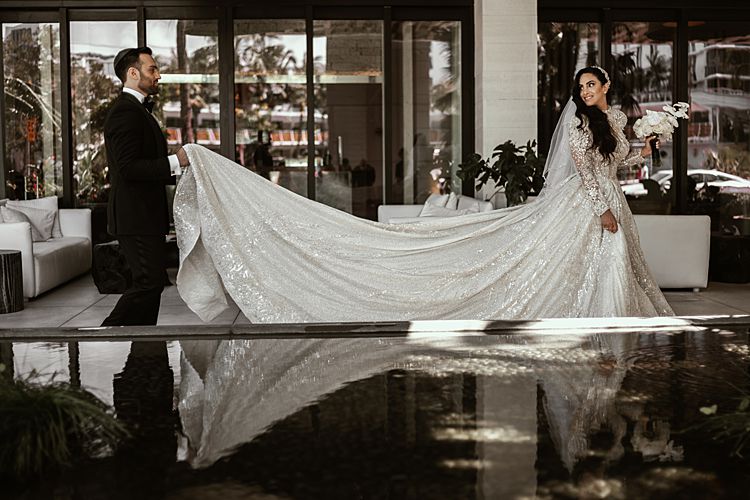 Get ready to be blown away by the absolutely jawdroppingly gorgeous Jewish wedding of Tal, an entrepreneur, and Daniel, a lawyer. This wedding is SO stunningly elegant, so perfectly planned down to the last detail, that you’d never guess it was anything other than the couple’s original plan.

But in fact, Tal and Daniel scaled their 200-person New York wedding down to 75 and changed the location to Miami with just two months’ notice, due to Tal’s father’s health. Luckily, they were still able to secure two positively swoonworthy venues: Vizcaya Museum and Gardens for their ceremony and Villa Woodbine for the reception. We could not be any more in love with the incredible photos from Shai Ashkenazi and, focusing on lighting and scenery, Munoz Photography.

We’re also crazy about Tal and Daniel’s exquisite ketubah by Smashing The Glass Recommended Vendor Noa Attias. As always, Noa was a breeze to work with, and, to use Tal’s words, the finished product is truly a masterpiece.

Before we turn you over to the bride, we’ve also got to mention her STUNNING Millanova gown. When Tal’s best friend first saw her in it, she said, “Forget looking like a princess in your dress, you look like a Queen.” And we couldn’t agree more. 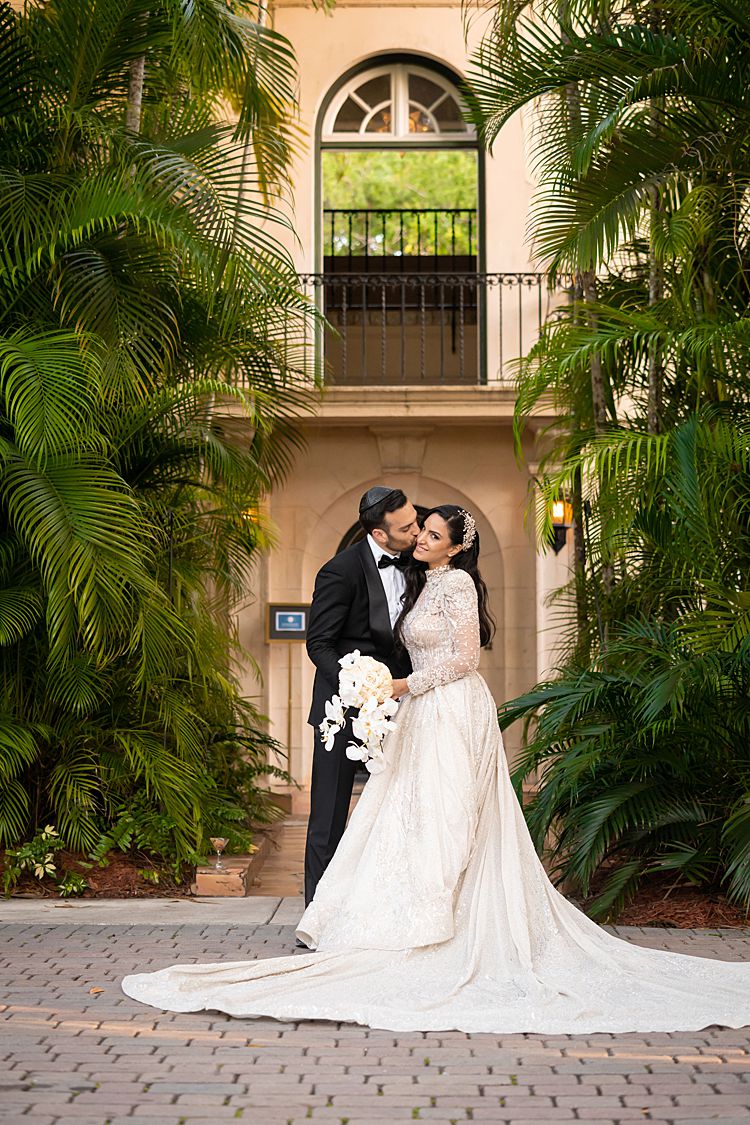 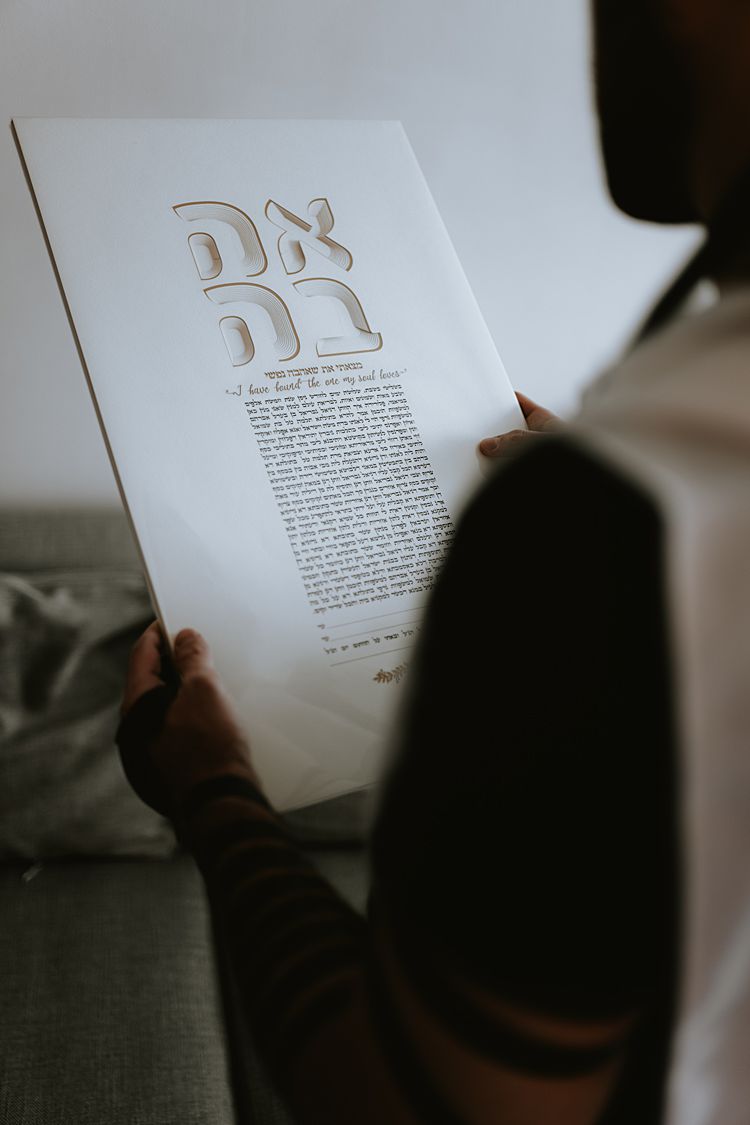 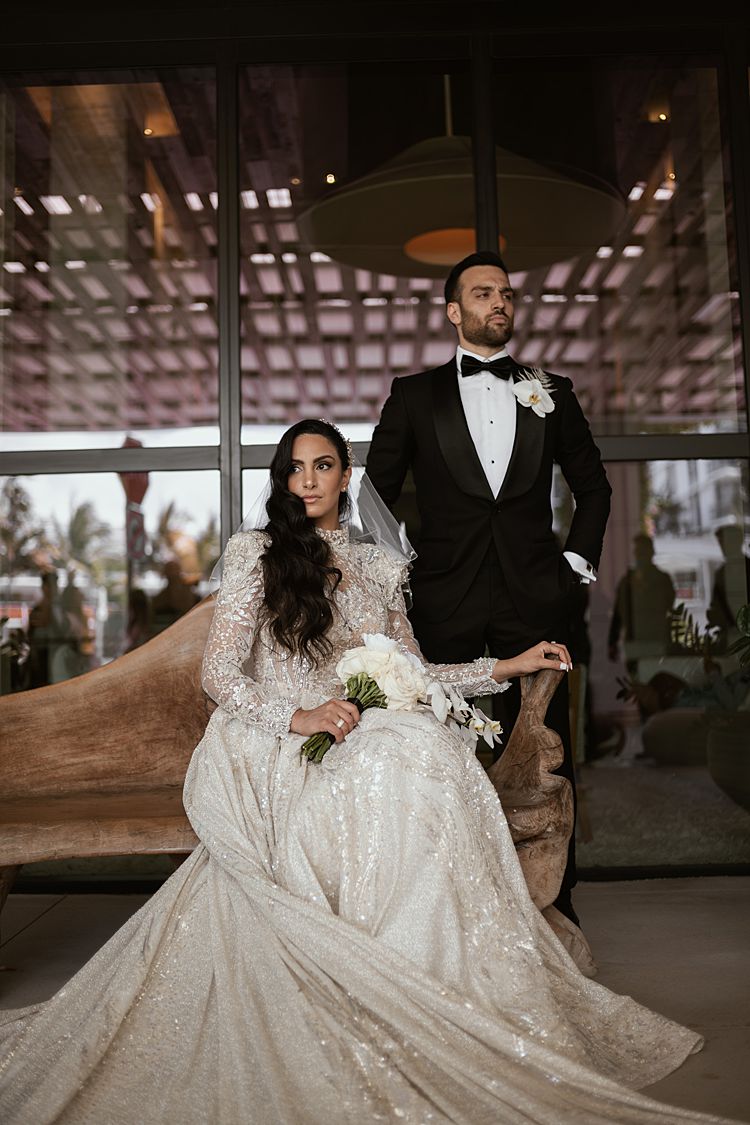 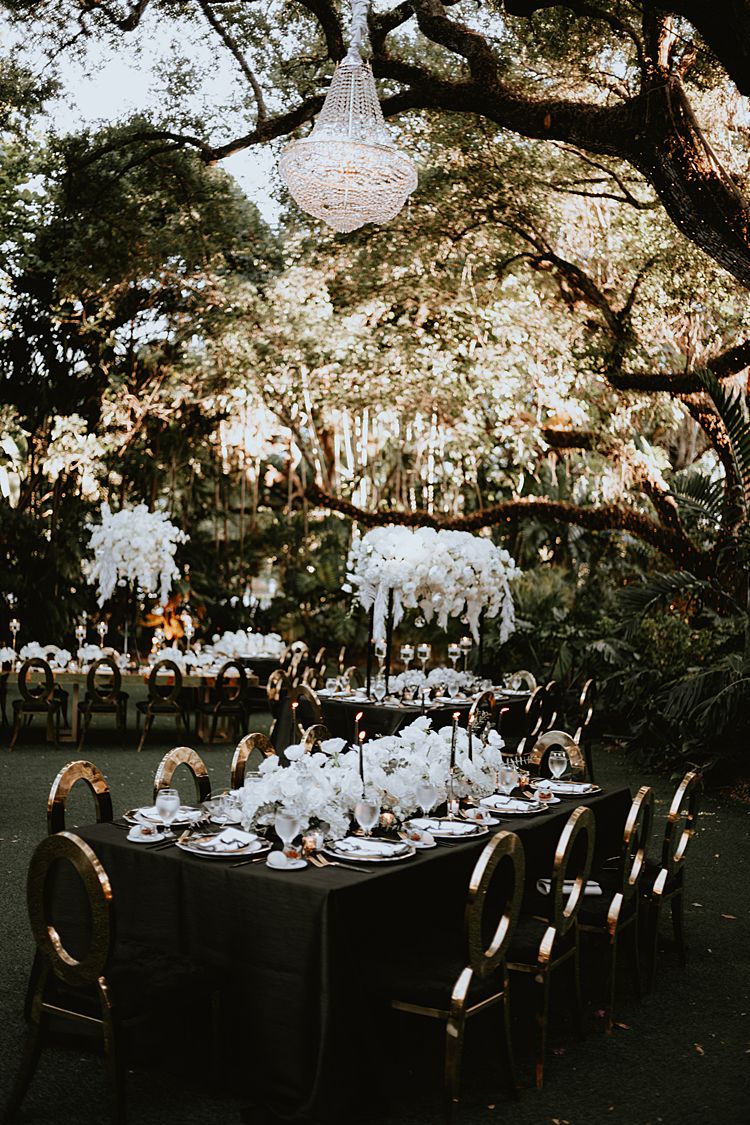 Tal, the bride: We met in high school but did not interact much since we were in different grades. Many years later, I was looking for legal help at my office and my husband was just starting out in the legal field. He began assisting in my office just before the Covid-19 lockdown began. Once the lockdown started and people stopped hosting Shabbat meals, we began spending Shabbats together in the city along with my cousin. The rest was history. END_OF_DOCUMENT_TOKEN_TO_BE_REPLACED 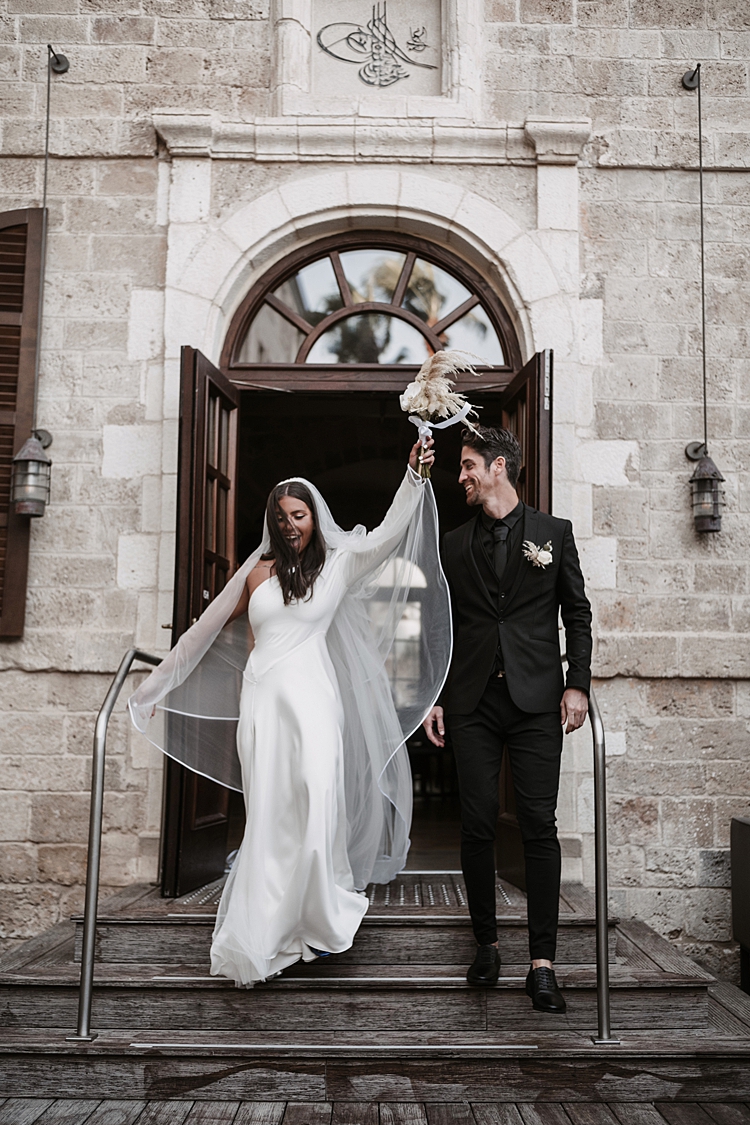 It’s safe to say that pretty much no 2020 couple had smooth sailing when it came to their wedding. But the Jewish wedding planning journey of May and Shachar, Israelis living in NYC, was even bumpier than most.

These two started off planning a destination wedding in Tuscany. Then COVID hit Italy – hard. So they decided to shift everything back home to Israel. No small feat, but the couple managed to book their venue and vendors (all while living on the other side of the world in New York, of course).

In the midst of all this chaos, May and Shachar decided to pack up their life in NYC and head back to Israel to ride out the pandemic. Finally, living in the same country as their wedding – that should make things easier, right? Well, not quite – just a couple weeks before their wedding date of September 22, May and Shachar were faced with the prospect of a three-week lockdown.

Unwilling to postpone yet again, the duo opted to do the opposite, and move their wedding up to September 15 so they could make things official before the start of the new lockdown. By the time they closed on a new venue, they were left with just two days to pull everything together.

Luckily, May and Shachar had a stellar team on their side. To look at Shai Ashkenazi’s incredible photos, you’d never guess it all came together on such short notice – every single detail is picture perfect, and, like May says, the images look like they came straight out of a glossy fashion magazine.

There’s so much more to say about this incredible day – but we’ll leave the rest to the bride, who looked stunning in her Liz Martinez dress (followed by a custom glittery jumpsuit by Mor Morstein she changed into for the reception)! 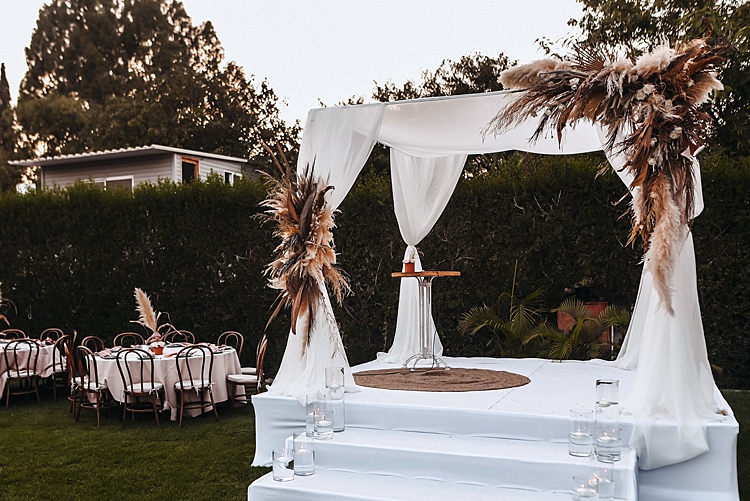 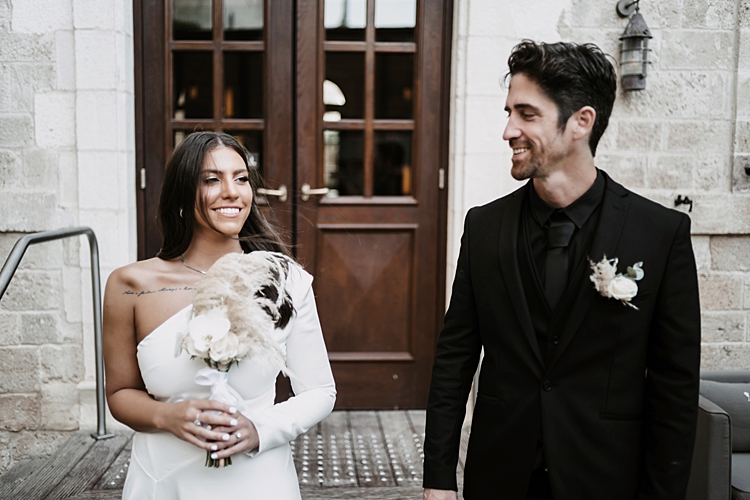 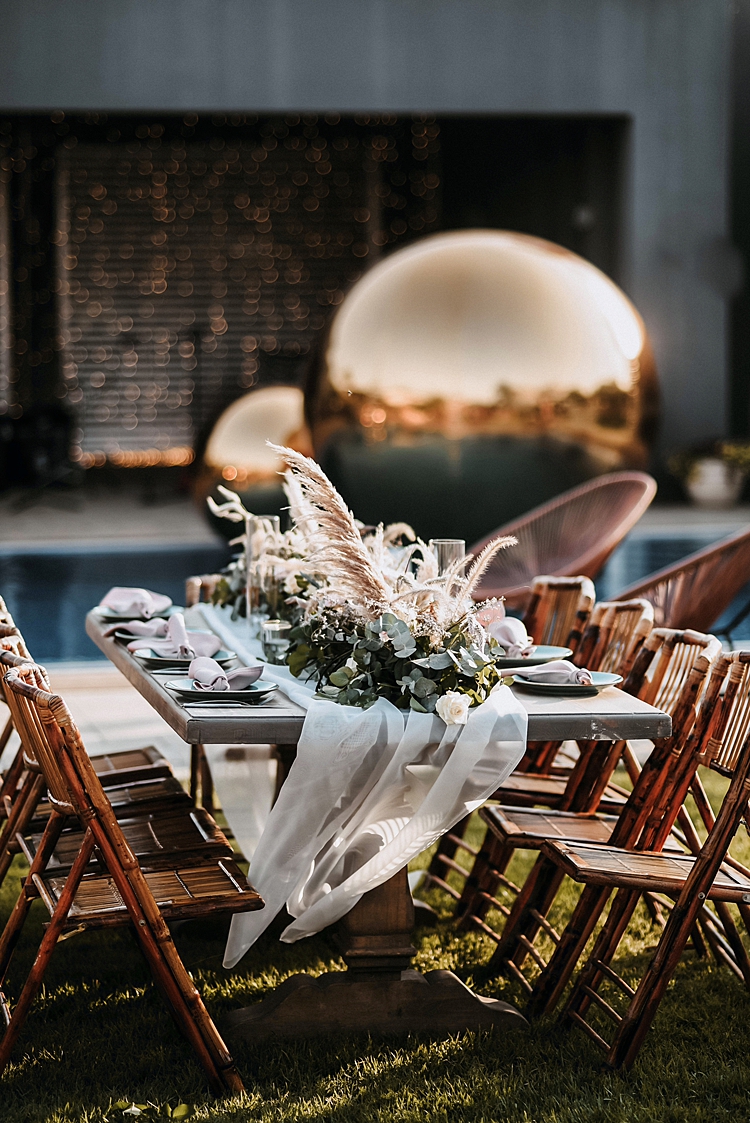 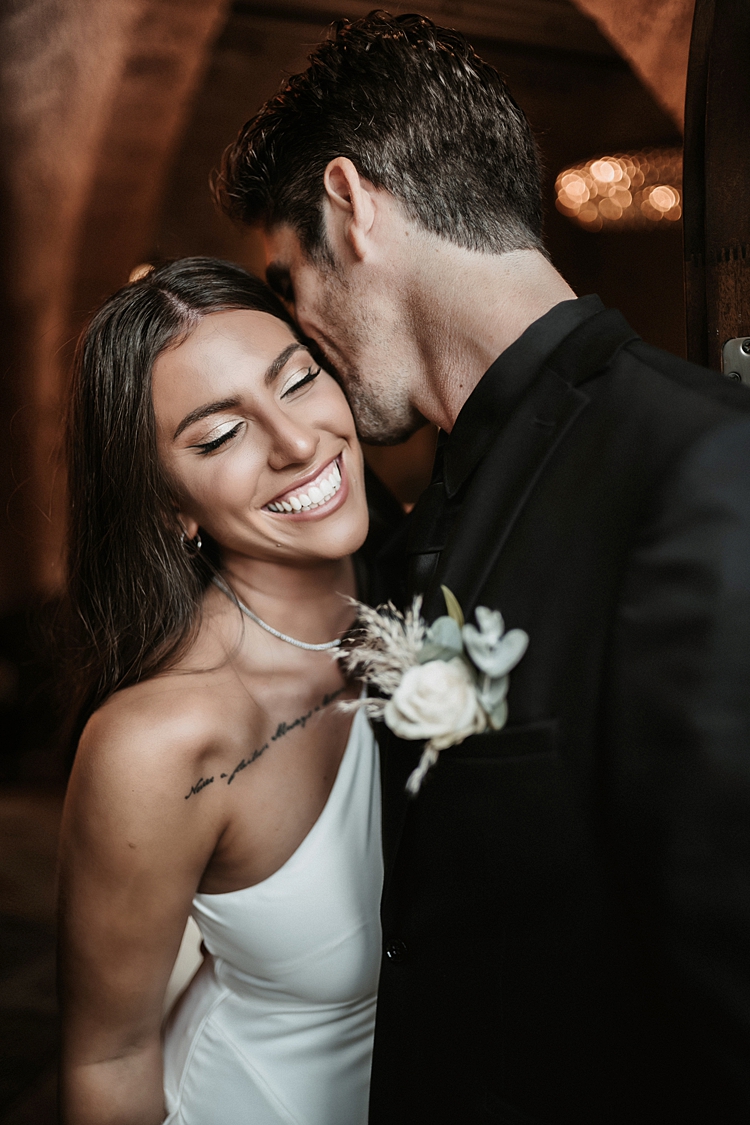 May, the bride: Our story begins a little bit before New York. Before I moved to New York, I posted on a Facebook group called “Israelis in New York” that I’m moving to the city and looking for help with some information about the work I’m starting and some information about the city. I got a message from a guy who was familiar to me from his picture, and it turns out he is the brother of a friend who worked with me, and I met him in the past (about 5 years ago) at her house when he was visiting his family in Israel.

Since I recognized him, I decided to answer his message and we started talking, he really helped me with some questions and asked if I could bring something for his business with me to New York, of course I agreed (by the way – he didn’t link me to his sister and had no idea about our little meeting a few years ago). When I arrived to NY after the long flight I realized, that from all of Manhattan neighborhoods, the hotel I got from work was right next to his apartment! So he arrived really quickly to get his delivery – just a few minutes after I arrived at the hotel with my luggage. And from that day we never parted. We have been together for more than 3 years, living together in New York.

Shachar planned the marriage proposal in the summer, in New York. He toured locations in central park and ordered me an engagement ring from Israel based on a photo I once showed him.  It turns out that when the ring arrived on delivery to New York, I showed him a picture of another ring that I liked more, which is not similar to what he ordered for me.  He decided to change the ring and make another one exactly according to what I liked, and the whole procedure of preparing and sending the new ring took time. Until the winter.

Of course I didn’t knew there was a ring before. We arrived to Central Park on a really cold day, claiming that his brother had to choose a location for a photoshoot there.  We walked around Central Park to get to the “photoshoots” place, which turned out to be the place for the proposal – the Central Park lake.  The place was just beautiful and pastoral, and the proposal was exciting and intimate. Of course I immediately said yes!  And I cried. His brother documented everything and it was just perfect! END_OF_DOCUMENT_TOKEN_TO_BE_REPLACED