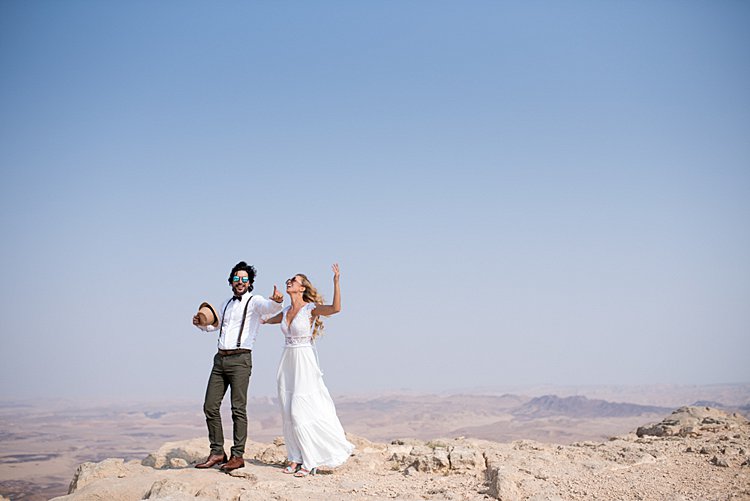 We love it when a couple puts their personalities and passions at the center of their wedding planning. Like today’s wonderful pair, Anna, a physical therapist, and Hagai, a lawyer, did – they’re both obsessed with music, and did it ever come through in their big day!

Between a band, a DJ, a performance by a mega-talented friend, and even a surprise song by the groom himself (dedicated to the bride – aww!), this Jewish wedding was truly alive with the sound of music – and heartfelt emotion. How beautiful is it that Anna and Hagai opted to read aloud letters they’d written to each other under the chuppah?

We also adore this wedding’s boho vibes, from the outdoor garden setting to the bride’s laid-back gown to the chill décor – much of which was created and arranged by the couple and their friends! We’re especially crazy about the the dreamcatchers the couple placed behind their simple chuppah. Photographer Lior Rotstein and videographer Yael Weinberg captured everything so beautifully. 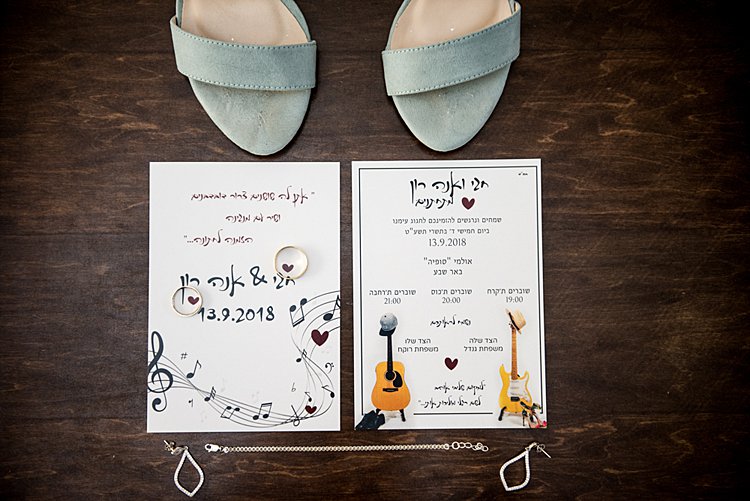 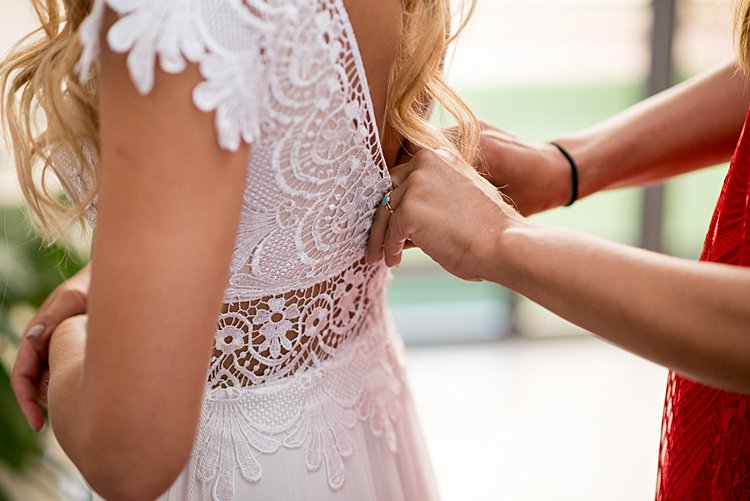 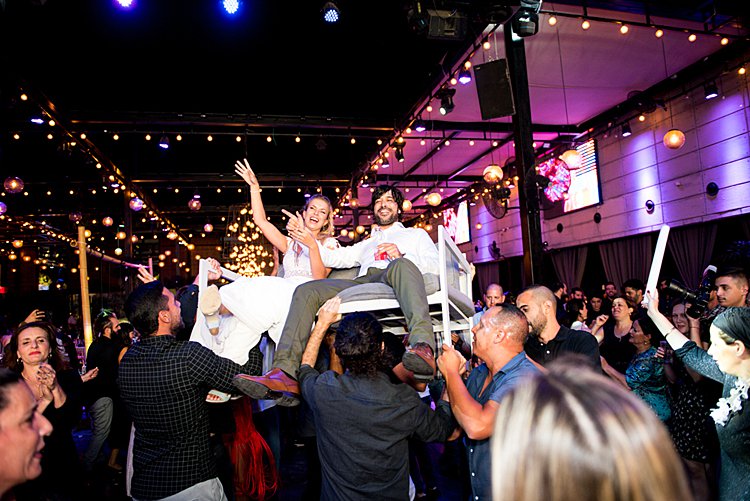 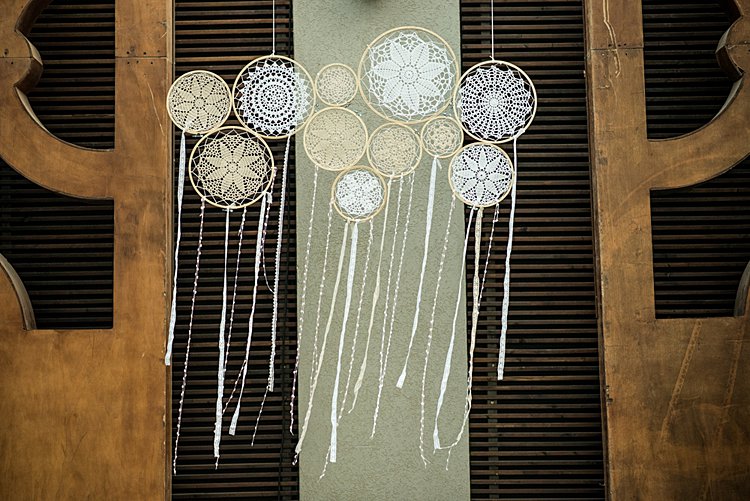 Anna, the bride: We met 5 years ago, when I was still a student. During my studies I worked as a bartender in a pub and Hagai would come in a few evenings each week to catch up. It did not immediately develop into a love story. Then we went out together with some other friends to a music show, and we discovered that we had lots in common. And that’s how the love story started.

END_OF_DOCUMENT_TOKEN_TO_BE_REPLACED 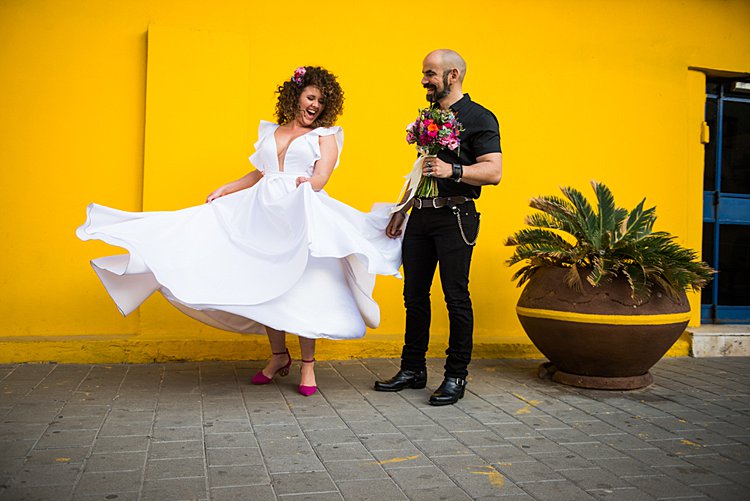 What’s better than smashing the glass at a Jewish wedding? How about smashing TWO glasses? Today’s fab couple, Yael, a travel coordinator, and Kfir, an enterprise manager, had a smash glass each at their free-spirited Tel Aviv wedding. What an awesome way to add some gender equality into the traditional Jewish wedding ceremony — and to double the drama of the big moment!

From start to finish, this Jewish wedding is full of one-of-a-kind touches like that, and we love that Yael and Kfir did so much to combine their tastes and personalities with tradition.

For example, Yael followed tradition and chose to wear white — but she went for a super simple, yet very sexy, dress, rather than an OTT ballgown. And to keep the all-white look from getting too cookie-cutter, she made sure to add in fuchsia shoes and an ultra-colorful flower headpiece in fuschia and violet — as brilliantly captured by photographer Lior Rotstein.

And the double smash glasses weren’t the only unusual thing about the ceremony, either. Yael and Kfir opted not to get married through the Israeli Rabbanut, opting instead for a customized ceremony that embodied their own values while remaining true to Jewish tradition. Our favorite (well, second favorite) bit? Their officiant opened the ceremony with a special speech he wrote based on things the pair had told him about themselves and their relationship. Aww!

Yael will fill you in on the rest… 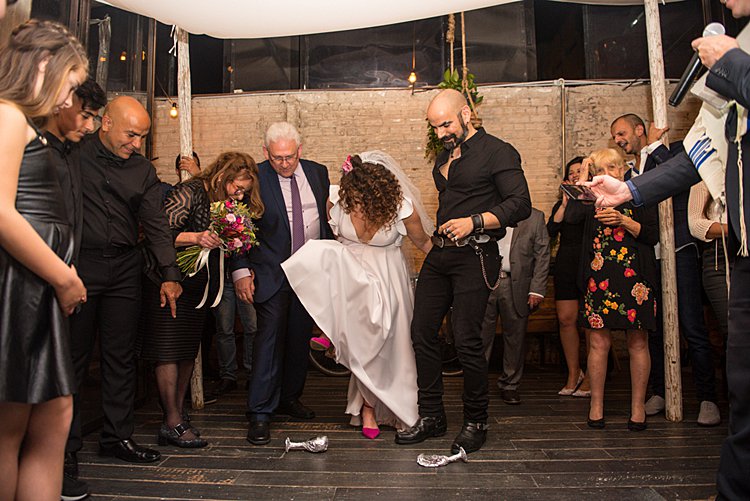 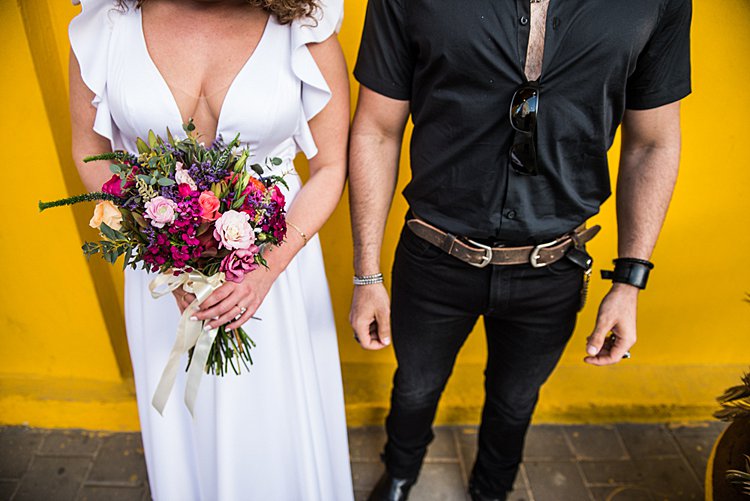 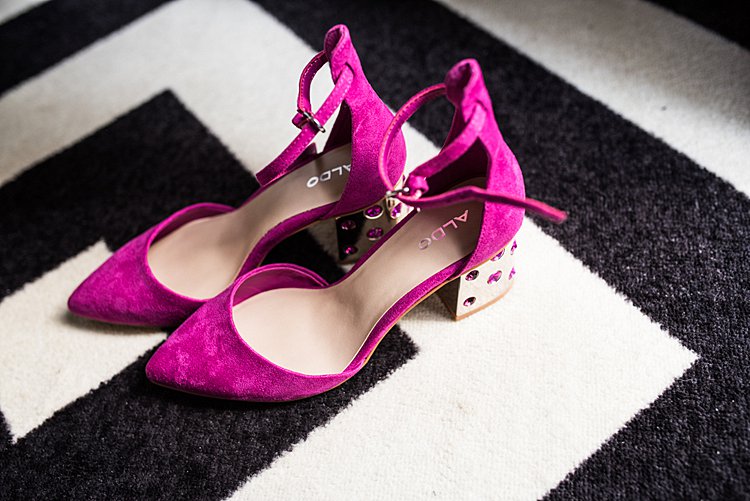 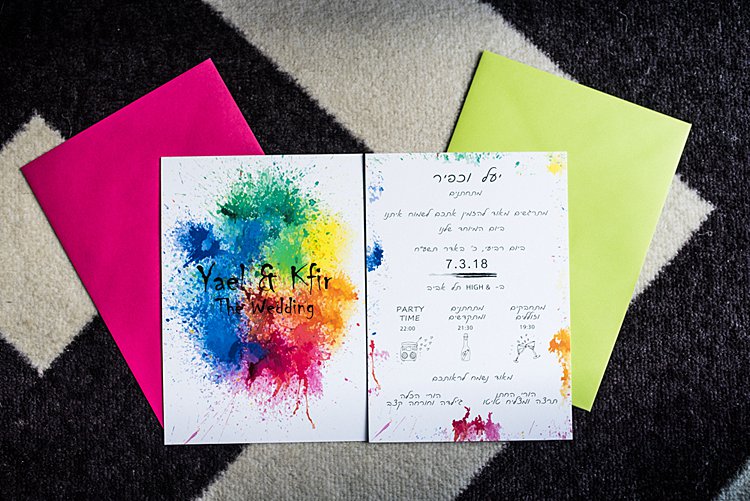 Yael, the bride: We met on OK Cupid 🙂

END_OF_DOCUMENT_TOKEN_TO_BE_REPLACED 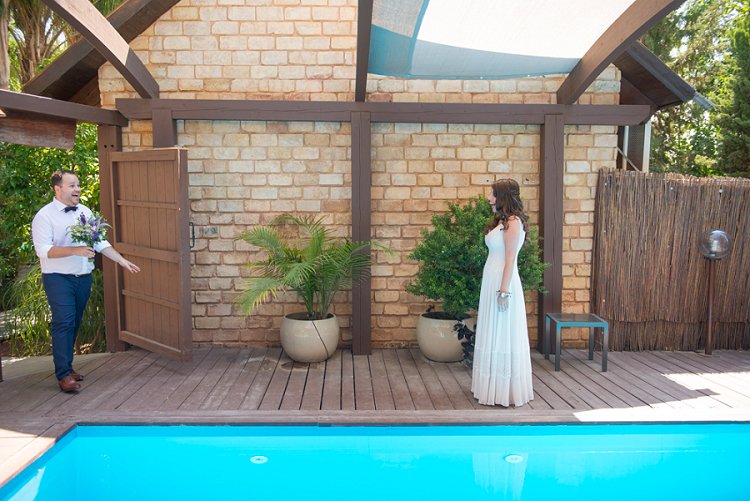 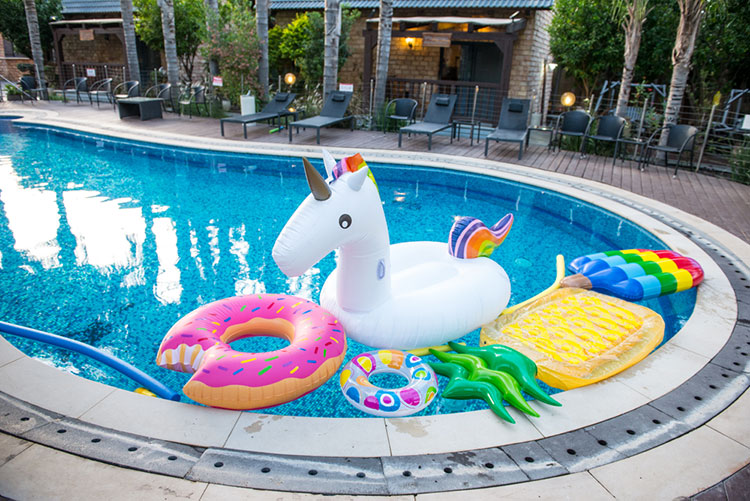 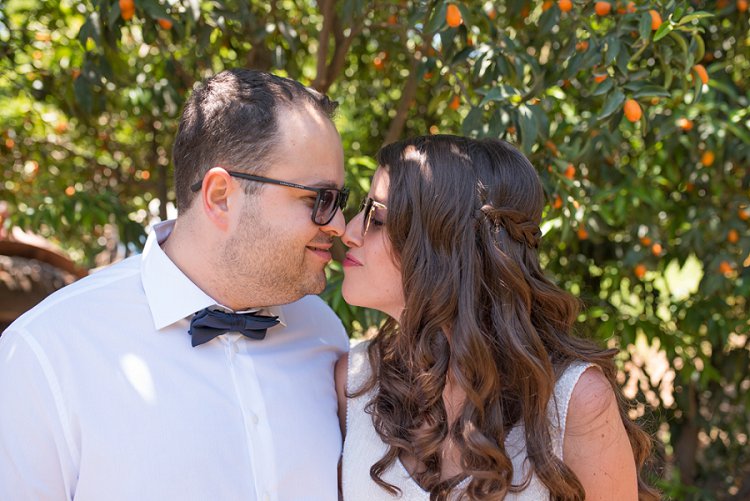 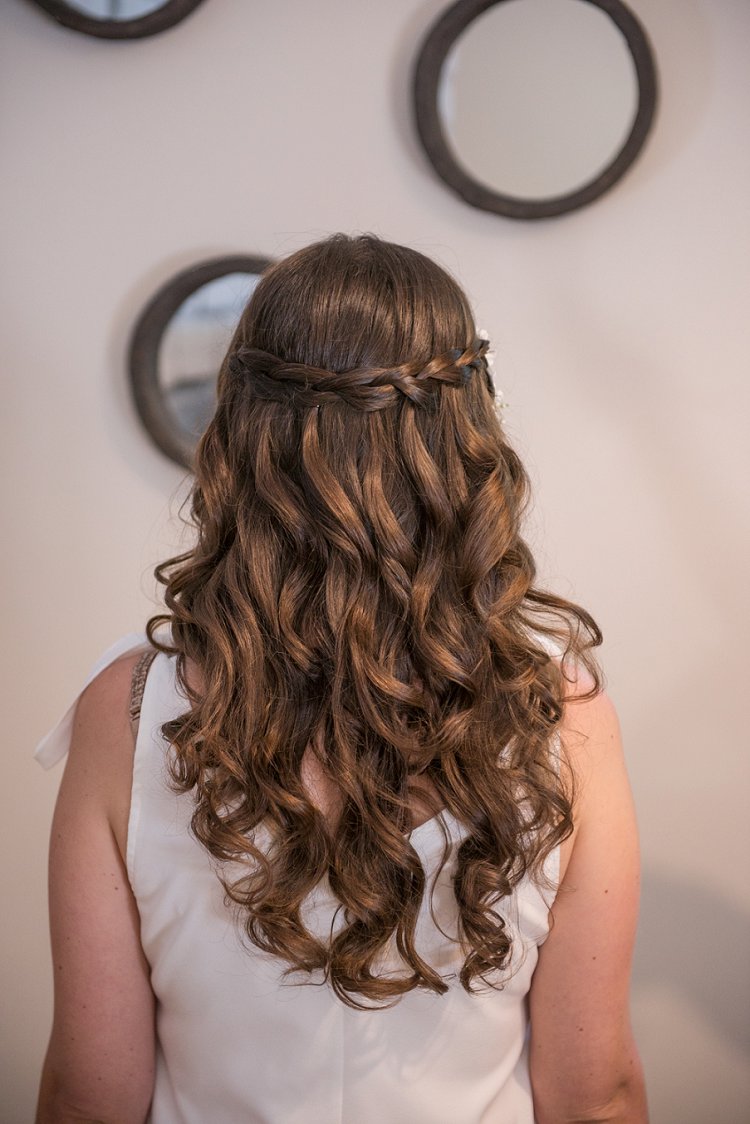 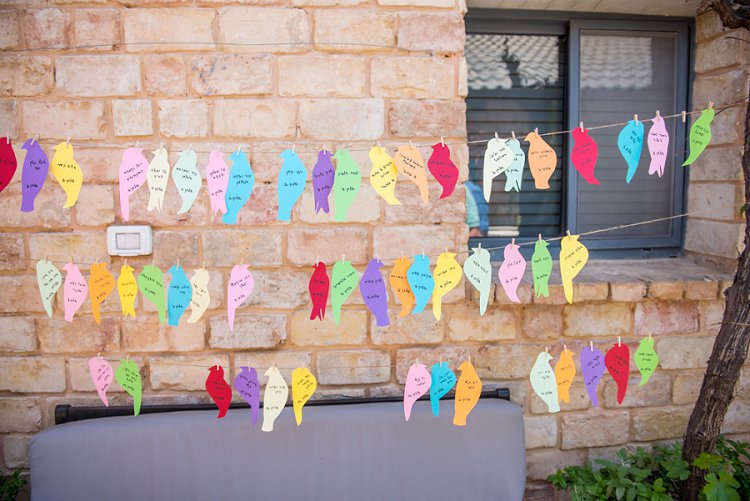 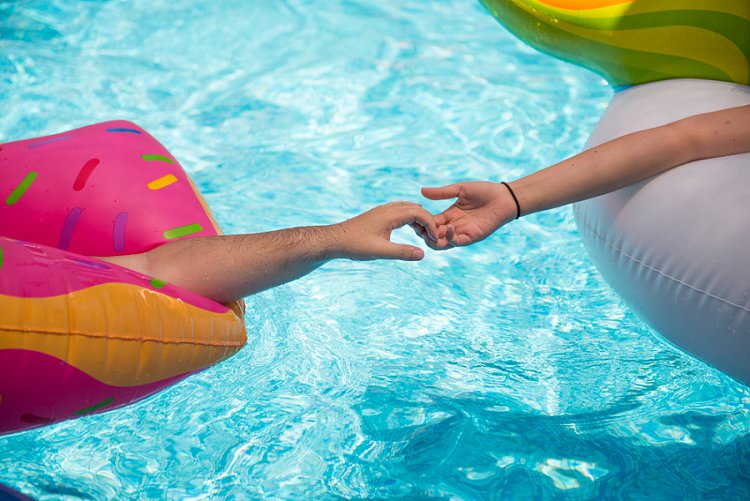