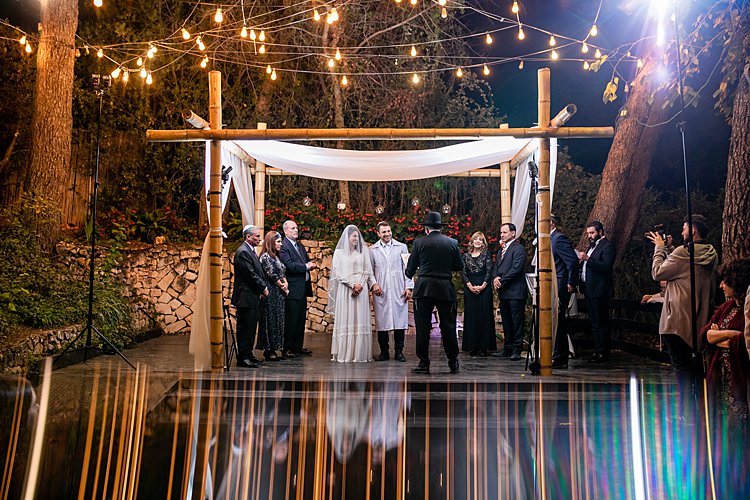 HOW magical is the Israeli Jewish wedding of Andrea, a medical massage therapist, and Yehoshua, who works in sales?! Their gorgeous Jerusalem Hills venue, Ein Hemed, looks like an absolute fairy tale wonderland – all trees and twinkly lights – the perfect choice for two nature lovers!

Picking a venue that was totally stunning all on its own also helped the couple stay on budget – not much was needed to make Ein Hemed shine. With just a simple chuppah, lanterns and flower petals lining the aisle, and pinecones and herbs on the tables instead of flowers, Andrea and Yehoshua created the ultimate rustic vibes without breaking the bank.

Smashing The Glass Recommended Vendor Herschel Gutman Photography (whose team also handled videography) captured not only the marvelous aesthetics of the day, but – in his trademark style – the couple’s story too.

We also love how the pair – both of whom made Aliyah on their own – took the wedding as an opportunity for their friends and family to get to see Israel and the lives they’ve built in the country. There’s so much more to say, but we’ll let Andrea take it from here… 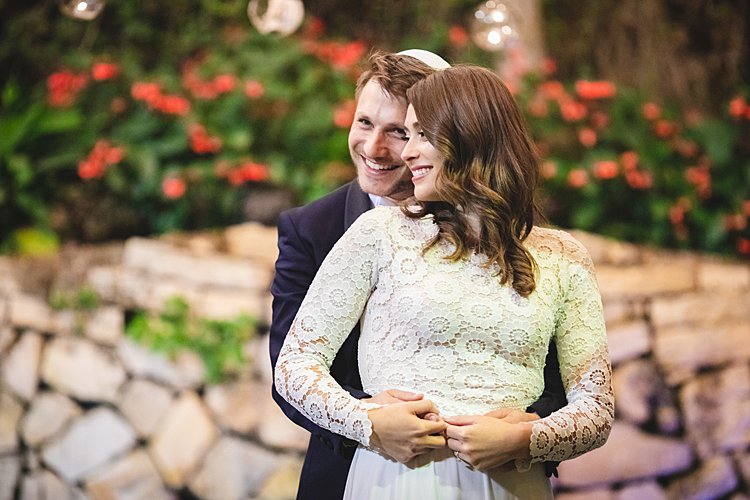 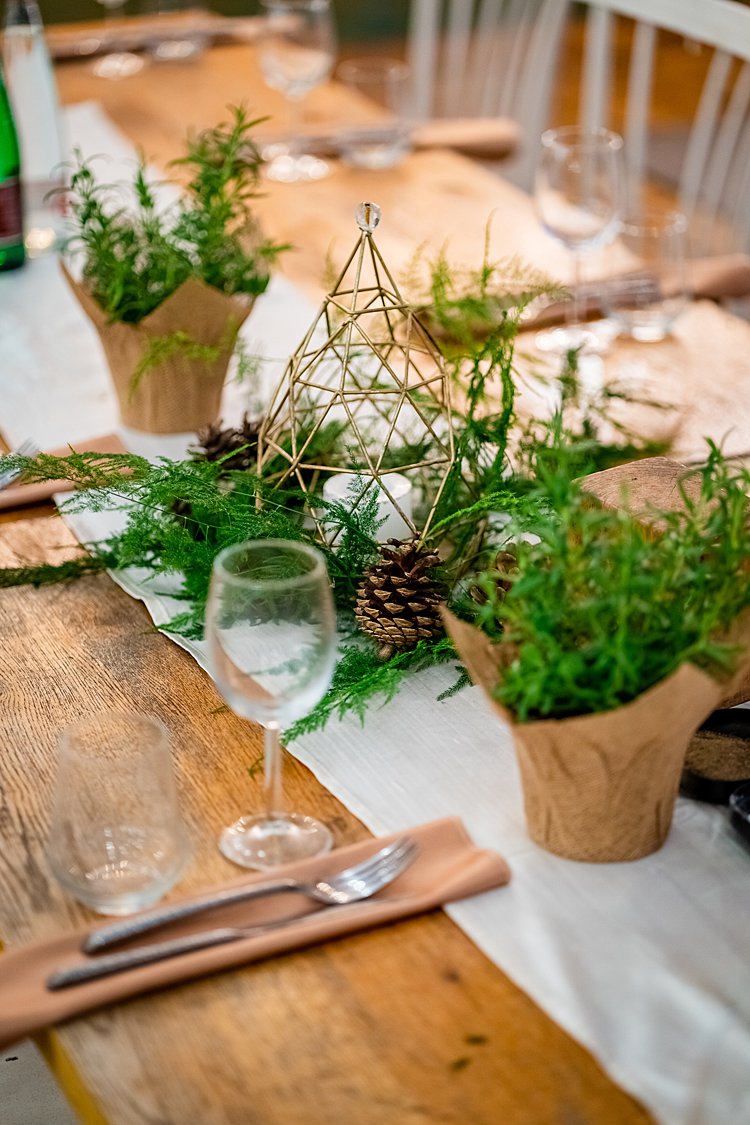 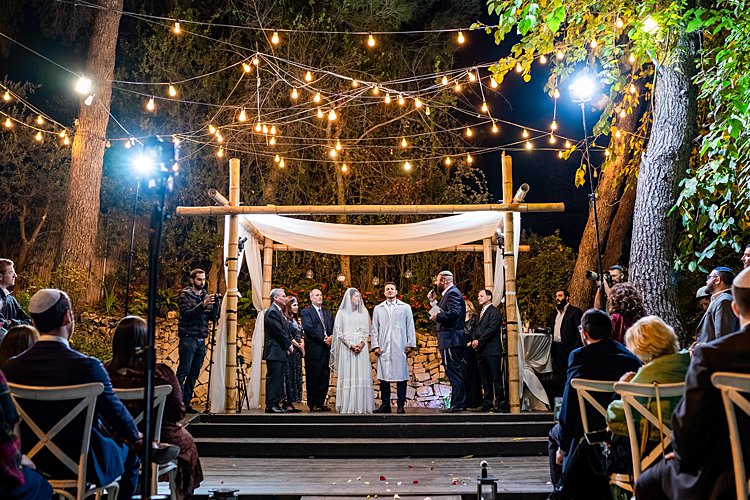 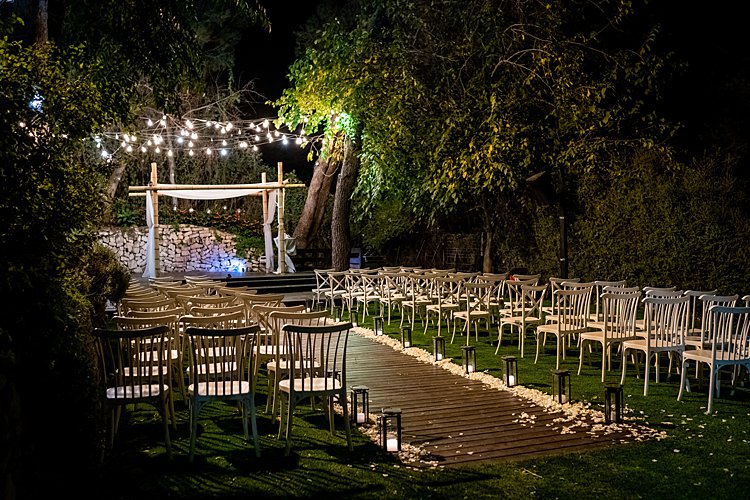 Andrea, the bride: We like to say that we met at the party we didn’t want to be at. It was a very cold and stormy February night. It was a night that no one would have wanted to leave their homes, yet thankfully we both did. A mutual friend was having a party to celebrate his birthday. I debated whether to go or not thinking that perhaps many friends would not show to the party because of the horrible weather.

In the meantime, Yehoshua was already out due to the fact that he was going to the kotel for 40 days straight in the merit that his bashert would be revealed. That night he even struggled to find a minyan (10 men) because of the torrential downpour. Nonetheless we both ended up at that party, however, he showed up shortly before I was planning on leaving. We spoke very briefly and then said our goodbyes- no numbers exchanged.

Almost one month later we both attended a wedding that I, Andrea, did not plan on attending. A friend’s husband was unavailable and she convinced me to come take his place. Thankfully I agreed because I turned around during the ceremony, and there I saw the brightest smile 🙂 Yehoshua and I got a ride home together, this time, exchanging numbers. 6 months later we were engaged and another two and a half months we were married! God was our clear matchmaker and we are forever grateful!