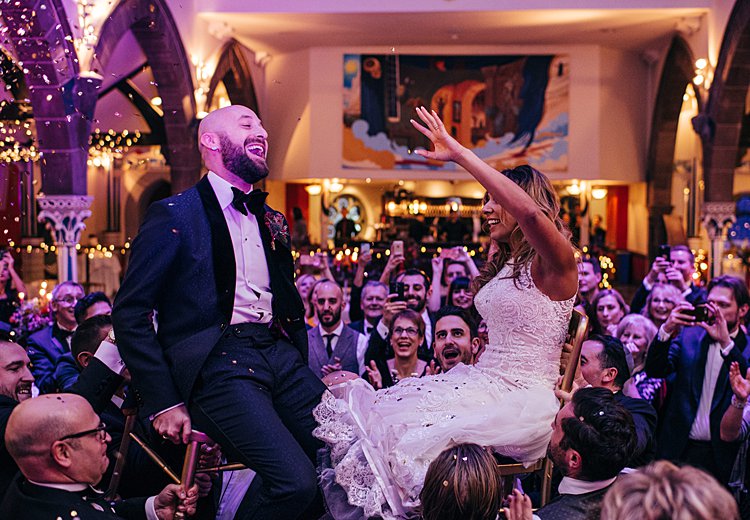 It’s always a good day when we hear from couples who loved used Smashing the Glass to plan their Jewish  weddings — like today’s fab couple, Stephanie, an architect, and Darren, a retail director for Aspinal.

We’re so pleased that the bride was a loyal reader of STG in the lead up to her big day, even finding fantastic videographer Velvet Wedding Studio on the blog! He and photographer David Grant Simpson did the absolute best job of capturing the magic of the couple’s enchanted autumnal wedding (over Halloween weekend, no less!).

As an architect, Stephanie was focused on getting married in a beautiful space — and she ended up with not one, but two of them! With the chuppah at the majestic 19th-century Garnethill Synagogue and the evening party at super cool converted church venue Oran Mor, this wedding was basically non-stop architectural splendor.

We love how Stephanie and Darren decided to include a ceilidh in their big day as a way of honoring the bride’s Scottish background and providing some familiarity to balance out the novelty of the Israeli dancing for their non-Jewish guests. Good sport Darren even let Stephanie cajole him into putting on a kilt for the Scottish dancing!

Stephanie, who looked stunning in her Essense of Australia dress, will fill you in on the rest of the fantastic details… 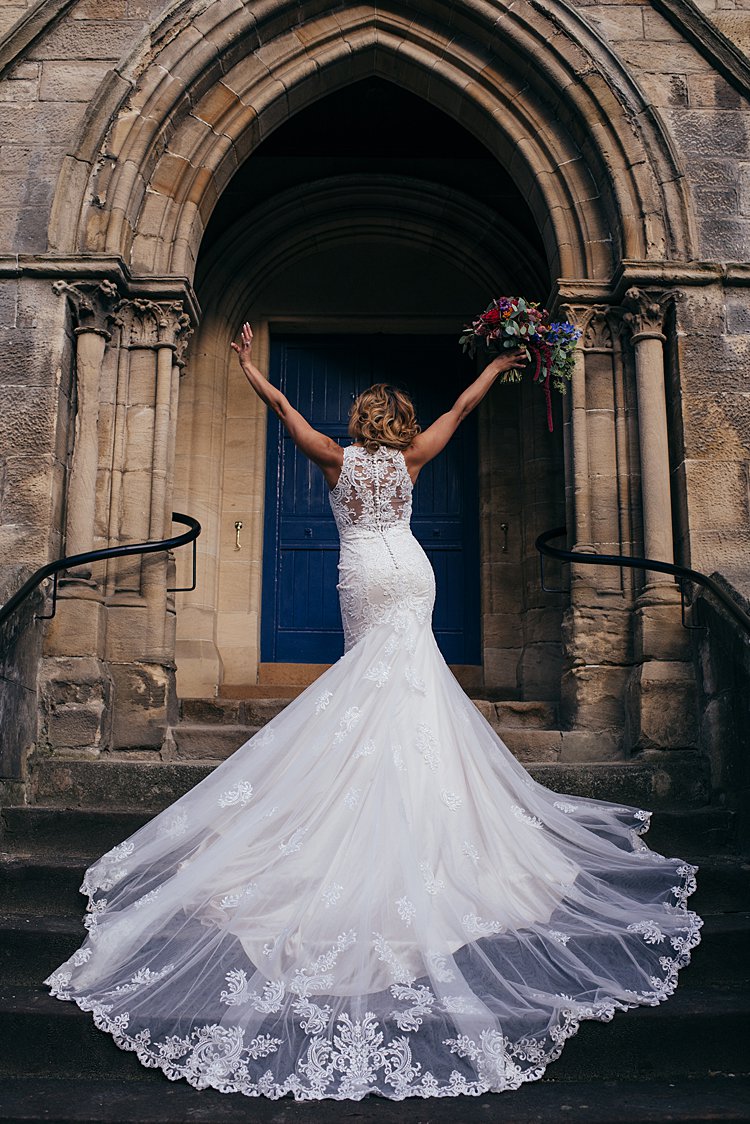 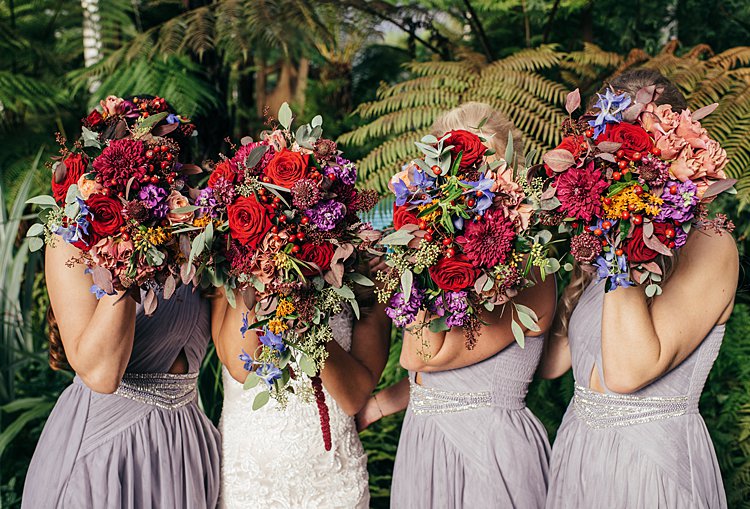 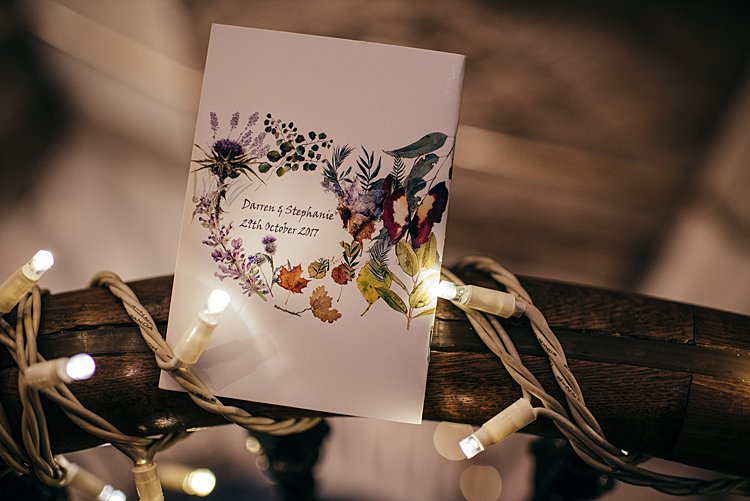 Stephanie, the bride: I never ever thought I would try online dating, but as time went on I just realized that it was now the ordinary way to meet someone and gave it a go. We both have stressful jobs, which can make it difficult to find time to date. I still can’t believe that I met my now-husband on Jswipe but I guess that’s modern day romancing for you!

So many people ask me when we knew we wanted to get married. About a month into the relationship after coming in from a night out with, Darren we were laughing about something and then told me he would marry me tomorrow. I know it was a passing comment after I made him laugh, but I guess in the back of our minds we both knew that we wanted to settle down. It sounds odd to many but I think when you meet someone in your thirties you have both already seen the world, been around the block and essentially are in a totally different mindset when you are getting into a relationship. Online dating is literally like modernâ€day matchmaking! I guess in a way you could say it was love at first sight, or love at first selfie.