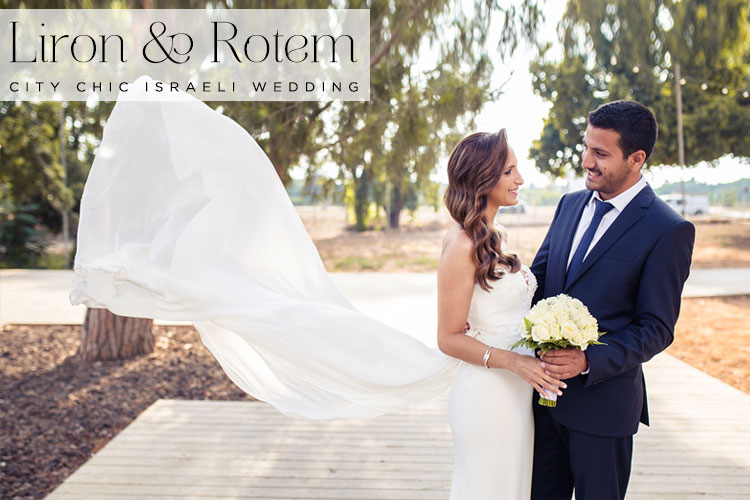 In true Israeli style, Liron and Rotem’s elegant outdoor wedding was all about family. For beautiful bride, Rotem, the only thing that truly mattered was having her loved ones around her as she married the man of her dreams.

With such a breathtaking venue, not much embellishment was needed. The wedding was tastefully understated, with a real focus on creating an amazing atmosphere, fabulous food and partying late into the night.

Glamourous Rotem looked every bit the red-carpet siren in her stunning Tali & Marianna gown, which was custom made for her by the Tel Aviv designer.

We love the story of the special video that Rotem’s father made for the happy couple — simply adorable and totally worth looking out for.

All of the joy, tears and laughter were captured by Smashing Supplier Dror Einav with whom Rotem and Liron had a special rapport.

We’ll pass you over to Rotem now for all the details on her and Liron’s big day. Take it away, Rotem! 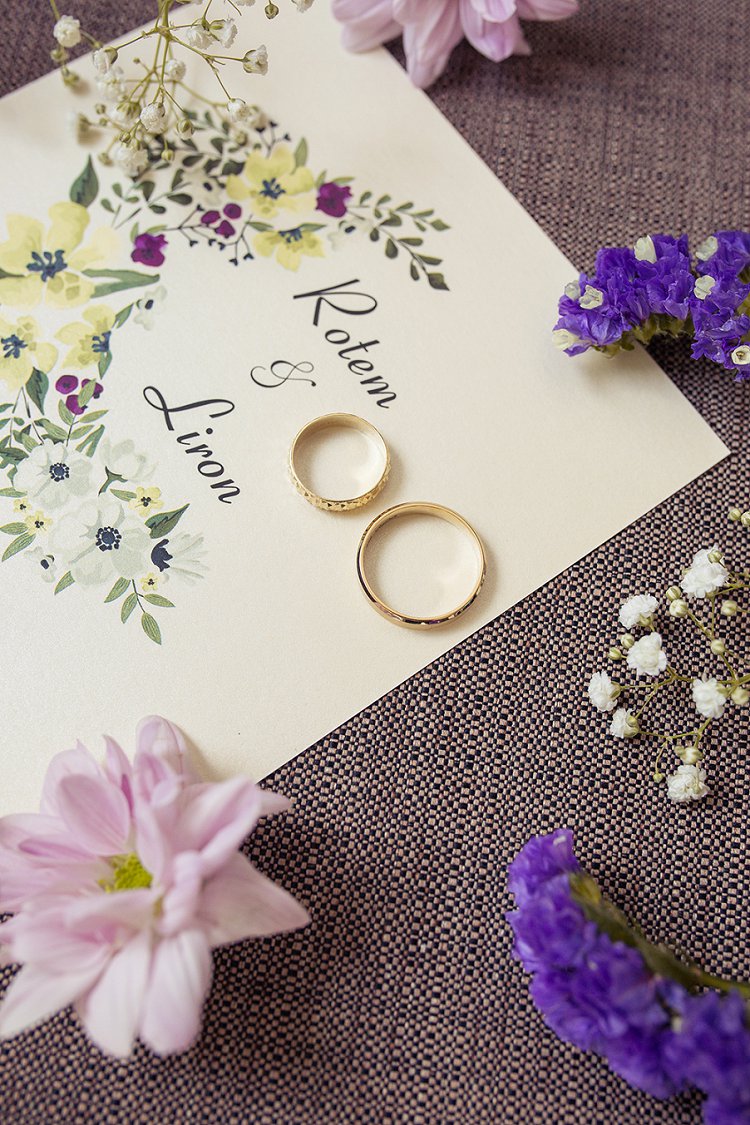 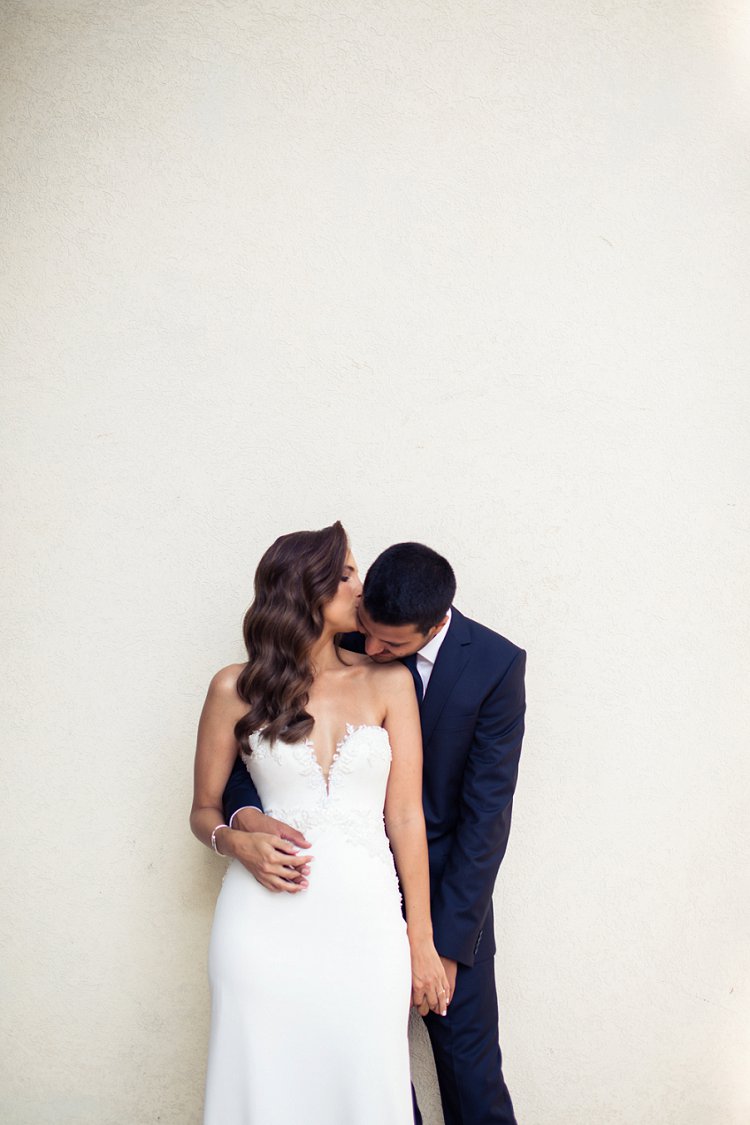 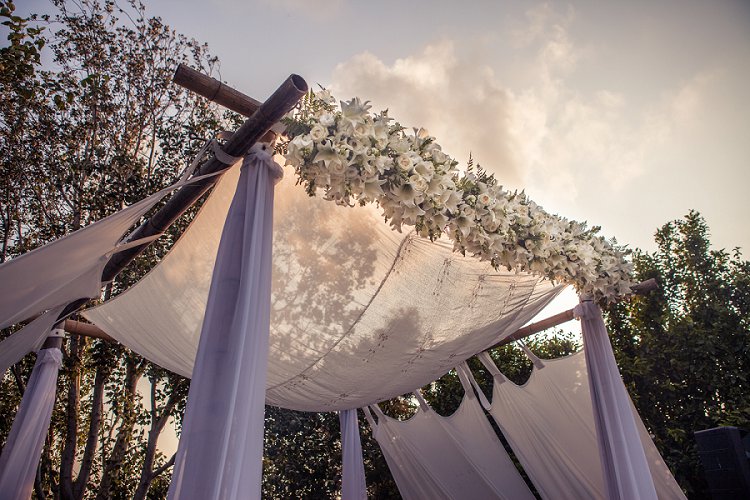 Rotem, the bride: We met when we both were in the Israeli navy. We were a group of friends from the base that hung out together a lot of nights and one night he called me to come visit him on his ship. I came as a friend and didn’t really think about him like that, but the rest is history: I just fell in love.
END_OF_DOCUMENT_TOKEN_TO_BE_REPLACED 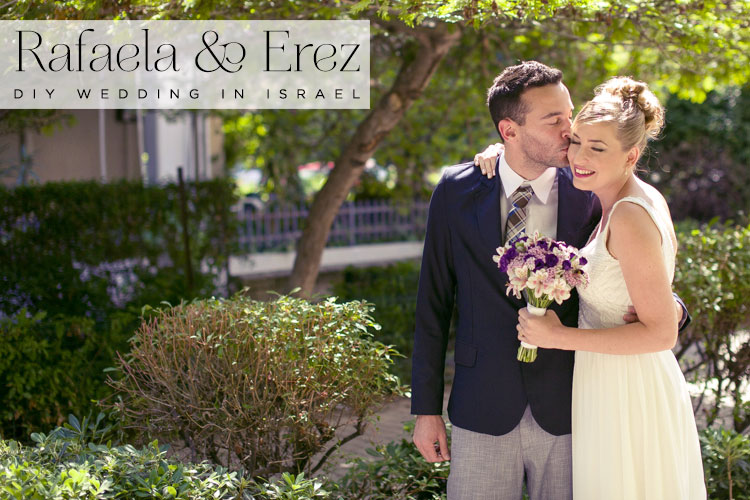 Pretty handmade  details, freshly picked wild flowers,  and a wedding dress  designed and made by the talented bride feature in this morning’s wedding all the way from Kibbutz Ga’ash in Israel.

Rafaela  is one super cool bride with great taste and very creative hands! I love how she  incorporated her and Erez’s names into their chuppah and  did  you know that she not only designed her dress, but also her bag, hair accessories, and all six of the bridesmaid dresses too!

The gorgeous  images come from one of my much-loved Smashing Suppliers,  Dror Einav, who’s captured all of the love and details, and  with a great sense of humour too. Take it away, Rafaela…

A garden venue in a castle

Rafaela, the Bride:  We wanted a beautiful garden venue, but  food and indoor air-conditioned dancing was also important to us. When we stumbled across  Hatira  (which means ‘castle’ in Hebrew), we knew it was the one. The place was gorgeous, with fantastic  acoustics and delicious food and we said yes on the spot!

END_OF_DOCUMENT_TOKEN_TO_BE_REPLACED

A weekly series where  I ask some of the world’s best wedding photographers to pick out their favourite shot from their Jewish wedding portfolio. This week it’s the turn of  Dror Einav. 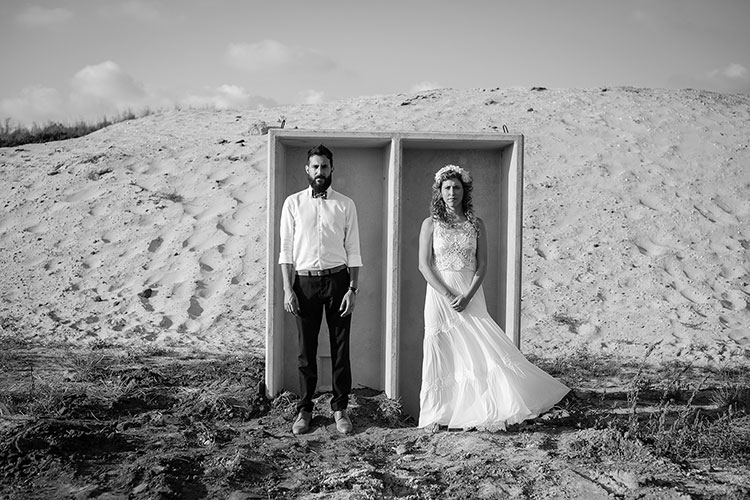 So why is this  my favourite? First of all I love this couple, Jordan  & Jacob were easygoing throughout  the day and they totally  trusted my photography skills. I normally avoid dramatically  posed photos, but this time it was different…

During their portrait shoot I saw these  two concrete blocks near the beach and I asked them to go and stand in front of them.  The wind blew  and moved Jordan’s  dress, and the sunset lit  them beautifully. The way they both stood  and looked at me with their serious facial  expressions together with the contrast between the blocks and the landscape.

For me, in this one photo, all the elements combined together perfectly.”