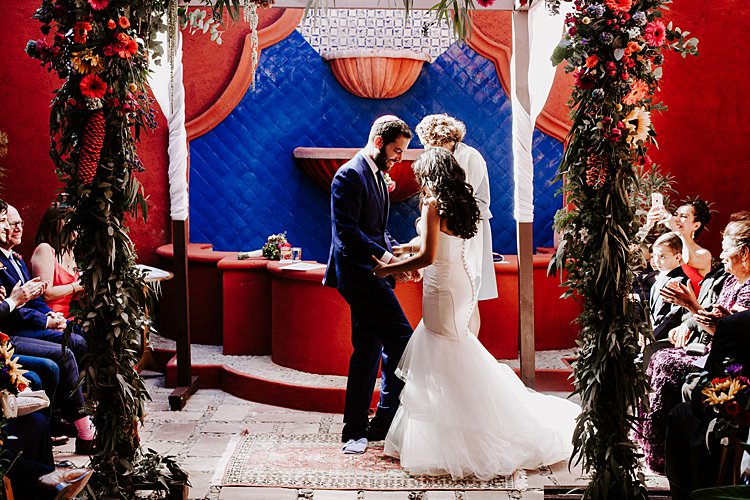 Oh my goodness, we’re positively blown away by Pierce Weddings’ photos of today’s vibrant Mexican-Jewish wedding. The colors, the light, the artistic composition, the emotion — it’s all here.

Multicultural couple Karina, a law student and health care advocate, and Garrett, who is working toward a PhD in environment and resources, always knew they wanted their day to reflect their backgrounds, hers Mexican and his Jewish.

They decided to marry in the beyond-picturesque town of San Miguel de Allende, Guanajuato, which just happens to be Karina’s grandmother’s hometown. Their color scheme was an homage to the town’s colorful streets — and once you take a look at the photos, you’ll see why.

They had not one but two super unique venues: for the ceremony, Casa de la Cuesta, a gorgeous B&B well-known for its traditional Mexican mask museum; for the reception, Casa de la Noche, an old bordello turned into a B&B.

As Karina and Garrett themselves say, their life together has always been honoring each other’s traditions in an authentic, personal way, and their wedding was no exception. The couple wrote their own trilingual (!) ketubah, in Hebrew, English, and Spanish; their stunning chuppah was an homage to Oaxacan embroidery and Frida Kahlo paintings; and they combined the Jewish seven blessings with some super cool Mexican wedding traditions.

Possibly the coolest of these was the couple’s callejoneada, a procession through the streets including giant papier mache puppets in the pair’s likeness, Mariachis, and even tequila-carrying donkey (yes, you read that right!). Read on for the details. 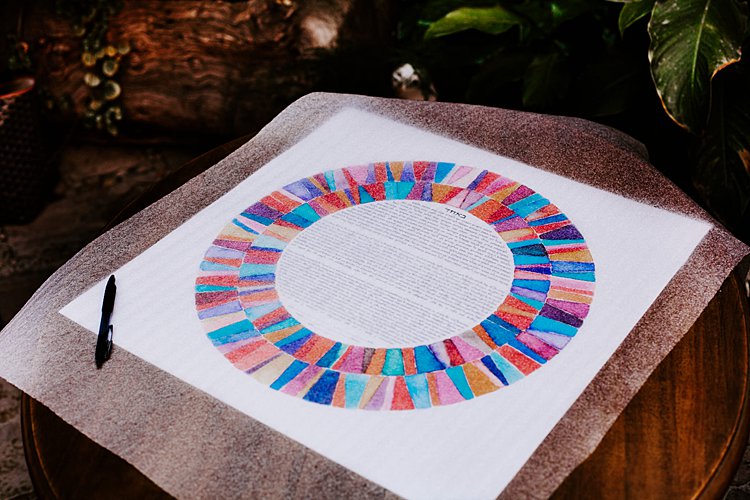 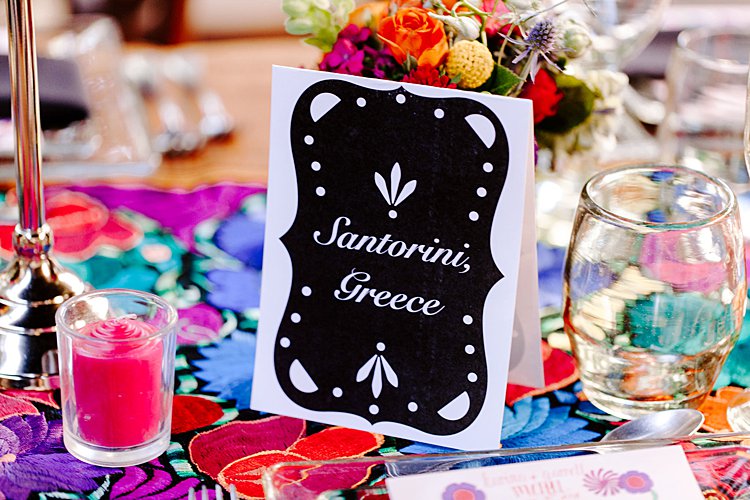 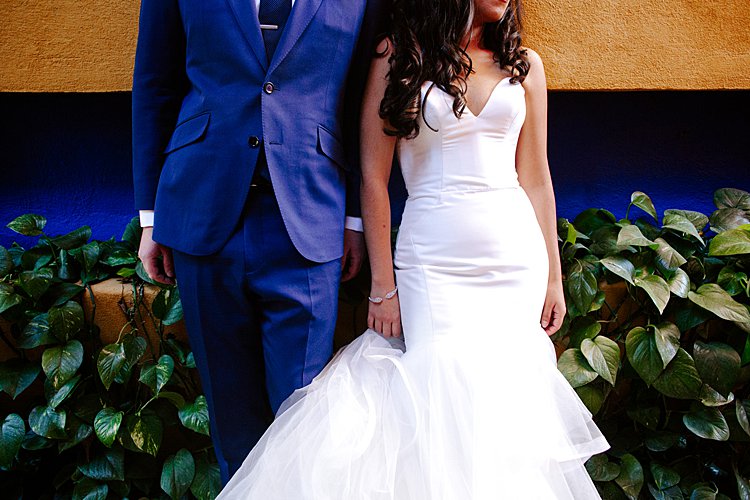 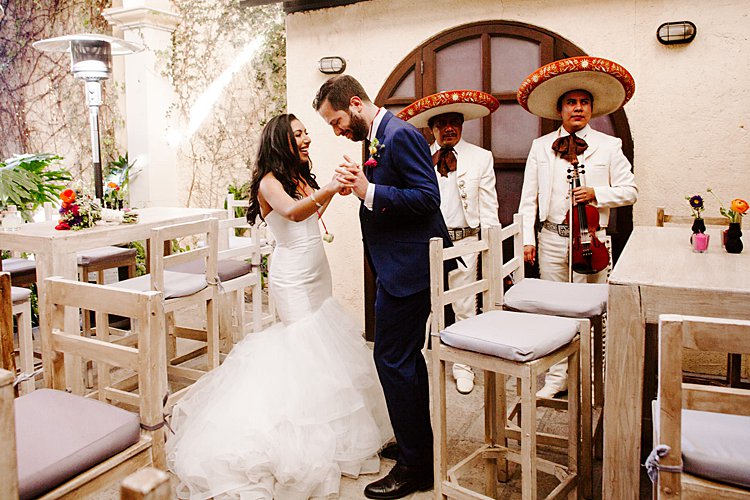 A Wedding in Mexico

Karina, the bride: We were married in San Miguel de Allende, Guanajuato, a gorgeous town just an hour north of where Karina’s grandmother grew up. We wanted a hometown, Mexican wedding, so we brought the wedding to Karina’s grandma’s hometown.