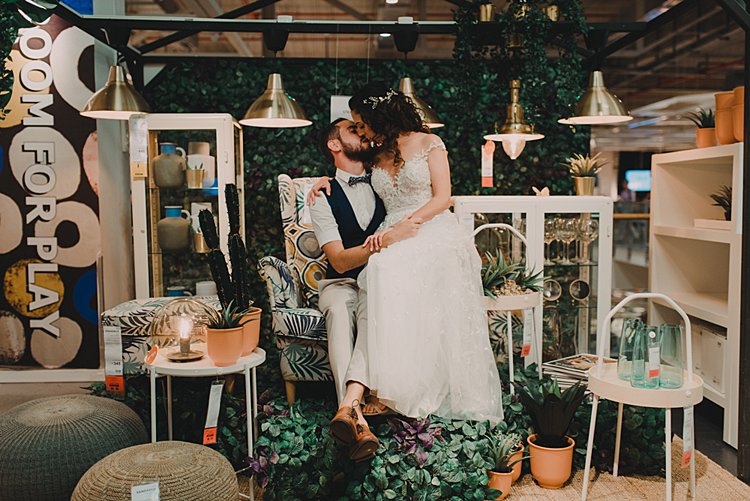 We’ve got two words for you: Ikea. Wedding.

Okay, maybe we’re exaggerating just a tad. Today’s couple didn’t literally hold their Jewish wedding inside the Swedish furniture giant. They did that at Alma, a beautiful venue set amidst a lush garden (where they held their fab outdoor chuppah, natch).

But bride Carmel, a computer science student, and groom Etai, an education and political science student, did do their photos amidst the Billy bookshelves and Malm beds. They went for Ikea Israel due to its abundant A/C on an unexpectedly hot day, but the photos Flea Studio shot there turned out just wonderfully — such an unexpected and cool (in all senses!) location, and we love that this pair wasn’t afraid to have fun with their wedding pics.

The Ikea photoshoot wasn’t Carmel and Etai’s only cool idea. This wedding is chock full of heartfelt DIY touches, our favorite being their DIY patchwork chuppah canopy, assembled from squares inscribed with messages, quotations, and drawings by their family and friends.

Oh, and did we mention that this duo has a super touching how we met story? We’ll leave it to Carmel, who looked so stunning in her off-shoulder Limor Rosen gown, to fill you in on the rest… 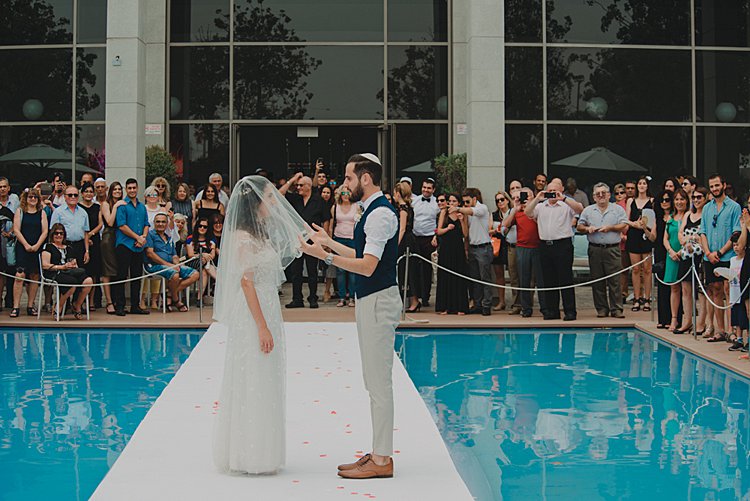 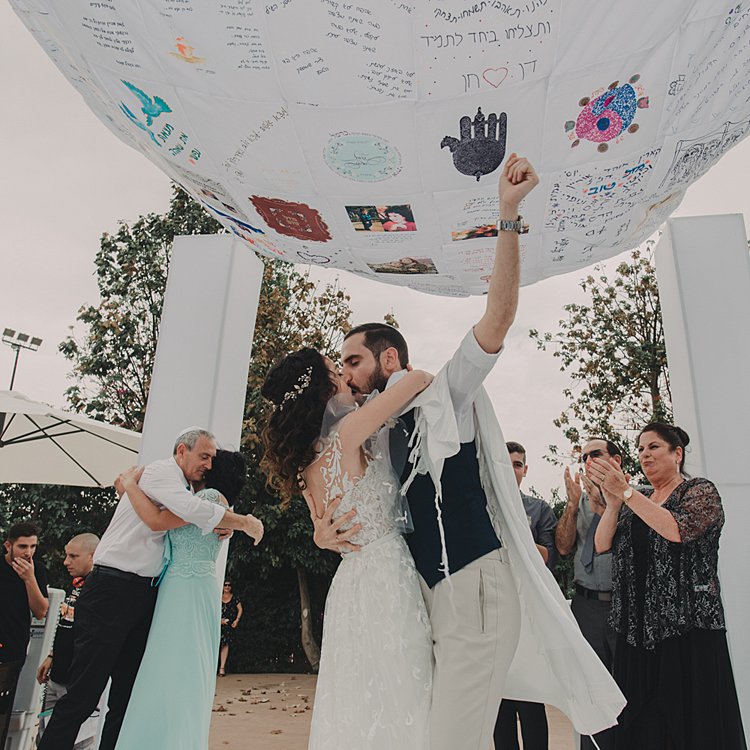 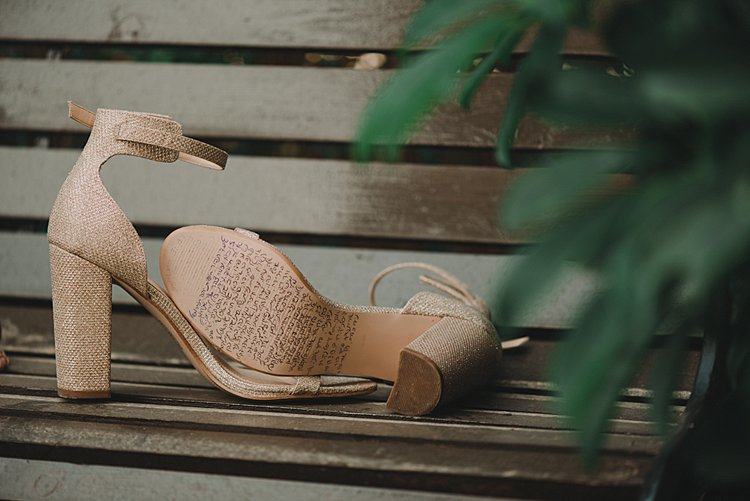 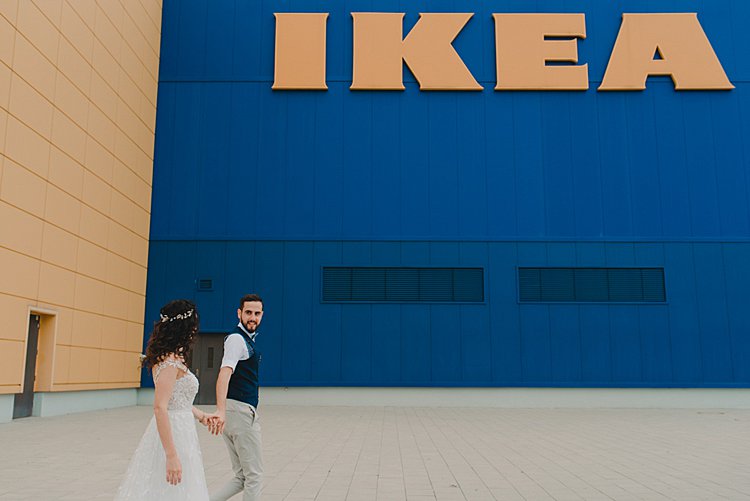 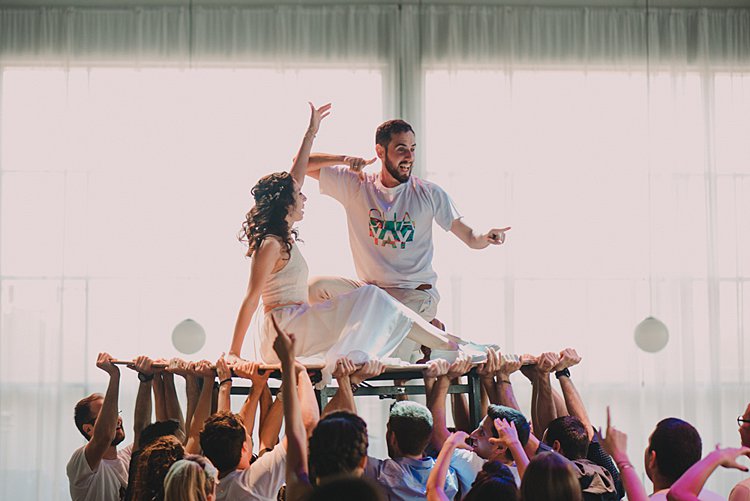 Carmel, the bride: We first met in the army, and we were good friends but not a couple. We served together on the same base, when we came home only once every two weeks. After a year in the Israeli army I transferred to another base and a month after that Etai discovered that he was sick with leukemia.

Since I was in a closer base I had a chance to visit him a lot, and during this time I saw him every night, took care of him, and tried to make him happy. We fell in love at the hospital, and after a few month Etai got a bone marrow transplant, which luckily was successful. After he beat the cancer it was clear to us that we were in love and we decided to be a couple. 7 years later we got married <3

END_OF_DOCUMENT_TOKEN_TO_BE_REPLACED 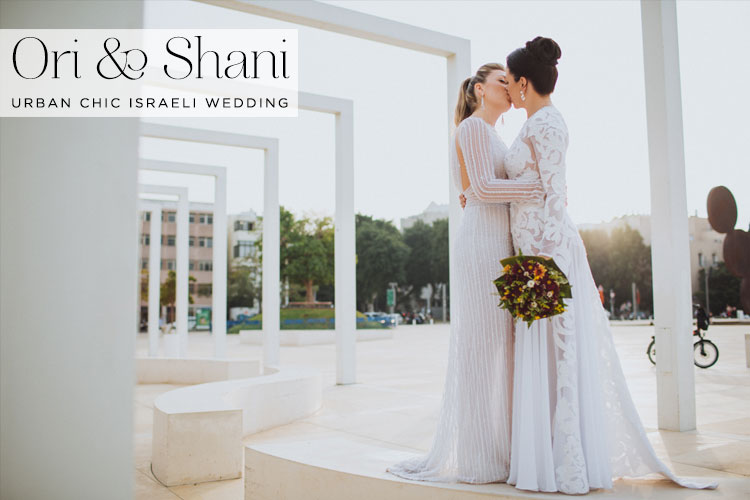 Today will brighten up your Thursday whatever mood you’re in. Such joy and happiness radiates from every single image! Ori and Shani look super hot in their four Dany Mizrachi gowns (yes both brides wore two dresses each all by the same designer – how snazzy is that?!).

There are so many pretty decor touches too — I love the cute signage, the mini potted plant wedding favours, and the framed photos of Ori and Shani dotted about their achingly cool warehouse-style venue in the heart of the city.

And of course, not one, but TWO glasses were smashed at the end of their Jewish wedding ceremony!

These two brides have such a sweet proposal story and organised their whole affair in just 5 months. It’s a wonderful day full of smiles and happiness and it’s all stunningly captured by none other than one of our talented Smashing Suppliers, Igor Lubenski.