Charlotte will be marrying James on 26th August 2018 at The Brewery, in London, UK.

THREE FACTS: (1) James proposed to Charlotte in Florence…. on her parent’s 36th wedding anniversary (aaaah – we love that!)  (2) They are planning a Jewish urban-rustic wedding in East London (3) They have already decided on their wedding hashtags — it’s #dropitlikeitshart ! 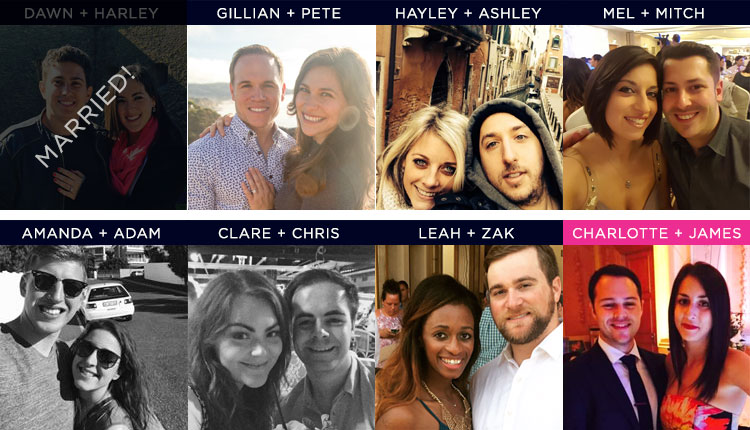 Planning a wedding with over two years to go, most people have questioned are we mad? Why not get married within the next year? I could not recommend more having a longer engagement, the date we have picked and the ease of not having to stress was important to us. We wanted to enjoy all of the planning. James is luckily relaxed and we have agreed on a lot of the same details and he is quite accepting of the ideas I have brought to the table.

Next was to speak to my parents about the initial plans. We had dreamt of getting married in Tuscany, it is where we got engaged and therefore is sentimental to us. We had sat down with my parents in June of 2016 ready to play a video of this incredible venue we had found, a castle in the Tuscan countryside overlooking Florence. We initially thought that having our idea accepted would be a sure thing, we had done our research and we were passionate about it. Unfortunately our pitch did not go to plan and we had it shut down. We were obviously thinking of the smaller picture, and not about how do we get our family there! Back to the drawing board… 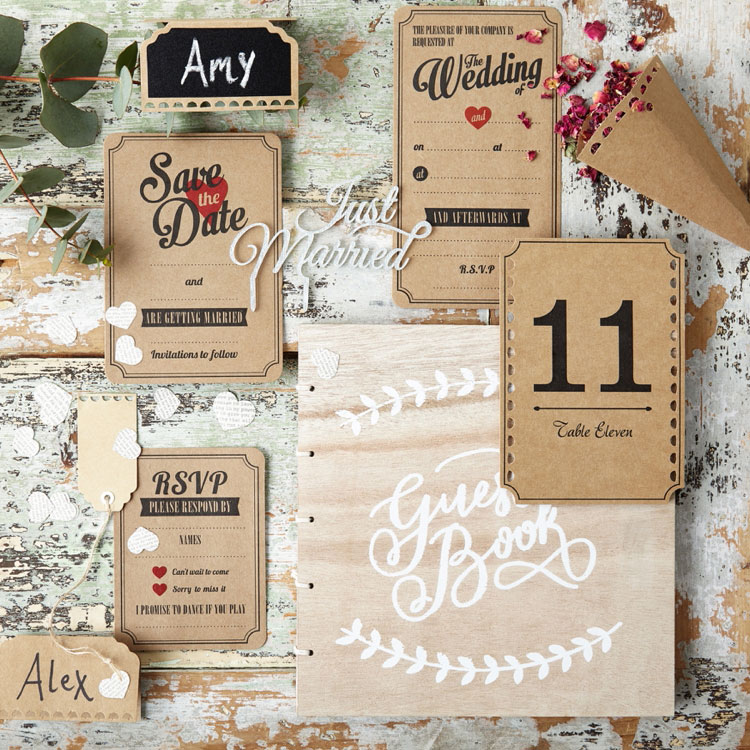 We just aren’t a hotel kind of couple, so the thought of venue-hunting in London filled us with dread. Until we started to look at actual venues in London — spaces where you can recreate your vision. The Brewery fulfils all of our wants and needs, and it is actually the only venue we looked at, and we barely had to step in it to know it was the one. 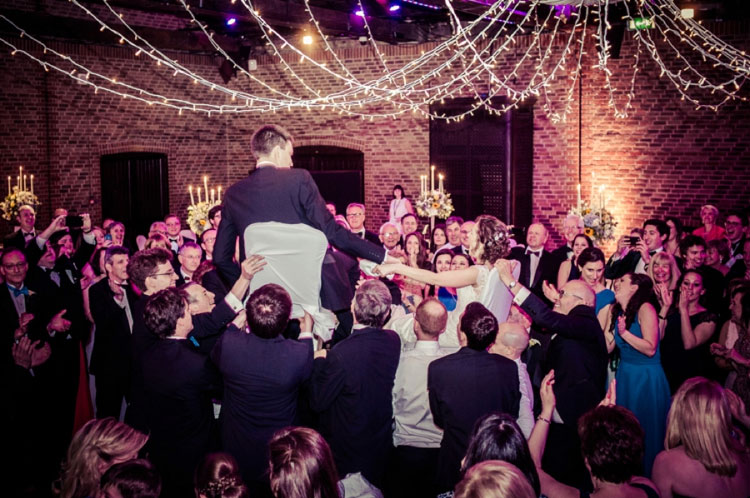 Next was to get the date we wanted, which with two years to go you’d think it would be pretty easy. Think again, the August Bank Holiday is very popular! This date has sentimental value to me, it would be my grandparents wedding anniversary, and no other date would live up to this. With many a phone call later battling it out with another couple, we were incredibly lucky that they decided to move their wedding forward!

With the venue booked, we decided to move quickly on some of the other details with the wedding, considering that we now knew that the date was already being set with other couples. By December of 2016, we had booked the band, photographer, videographer and caterer who we could not be happier with (see vendor list at the bottom of the post).

Some of the fun parts along the way for me especially was being able to pick my amazing bridesmaids. My sister is of course one of my bridesmaids, she happened to ask me to be her bridesmaid before I could ask her!

She is getting married in September in a Jewish interfaith wedding at the Langham. I wanted to do something special for my bridesmaids and decided to create my own bridesmaid proposal boxes. I had seen these only being made in America, and thought why not try making them myself! I sourced my own boxes, and everything that I put inside them was individual to the girls. I bought candles with their initials on, chocolates, a mini bottle of champagne, some cocktail flavored bath salts as well as the proposal cards from notonthehighstreet. Luckily they all said yes! 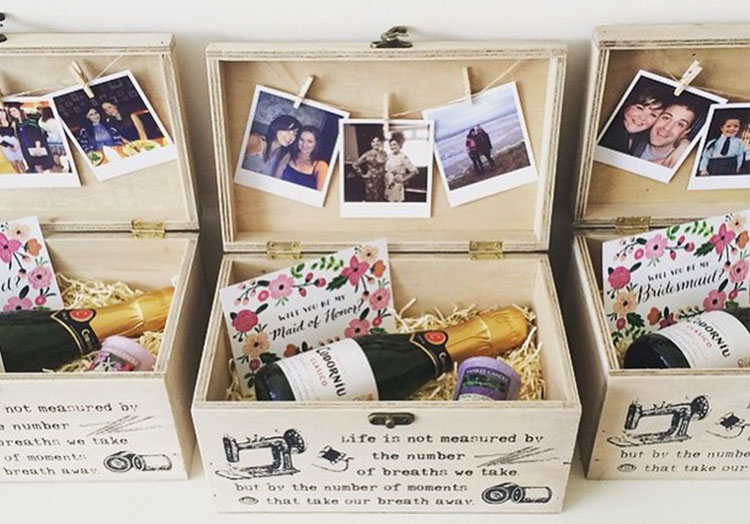 The search for a wedding florist

So with my maid of honour in tow we went to The National Wedding Show in Olympia for some much needed inspiration. This is where we came across who I thought would be my florist for the wedding. The stand was out of this world, and I did my research after the day and found the dream chuppah that they could easily recreate.

With one appointment under our belts and a few Pinterest images later, we came away so excited about it all. The quote came, and the dream was shattered. Let’s just say that it was very over budget! Even with my bargaining skills I still wasn’t able to get it near our target. So it was back to looking again for someone who could do the same amazing flowers and vision but not so hugely expensive.

The event planner at Tony Page, who I have known since I was three, was happy to suggest florists. She mentioned Funky Flowers, who actually have been featured on Smashing The Glass before, and the chuppahs they’ve created have been breathtaking. The only hesitation I had was that all the flowers I’d seen were so brightly coloured. If you know me, I am not about wearing colour, my whole wardrobe is basically black! The appointment however could not have been better, she made me feel relaxed and like my ideas are all achievable, and the fact she is doing a wedding at the Brewery later this year, is so reassuring. The quote also had added extras I hadn’t even thought of, and it makes me so excited to do my trial with her next year. 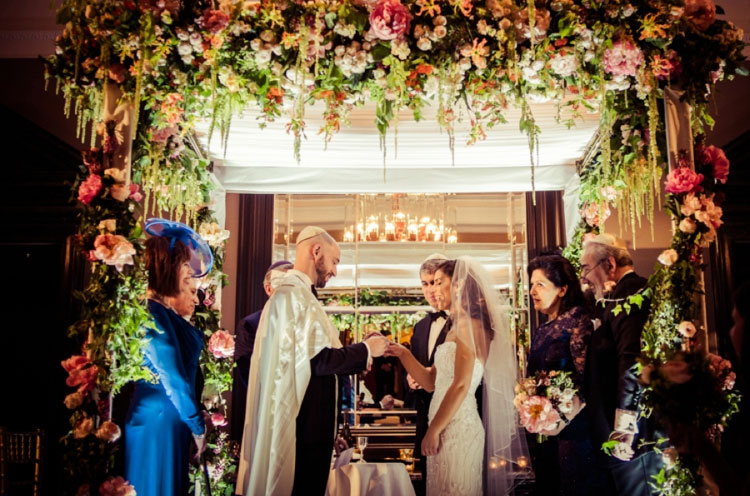 With so much done already, it gives us time to relax and take it easy and enjoy being engaged. We also have been able to celebrate lots of our friends getting married and engaged along the way. The best advice we have been given and we can pass on to other newly engaged couples is to make sure you stick to what you believe and want for your big day. It will only happen once, and have fun with it!

Click here to read all Charlotte’s planning posts to date.