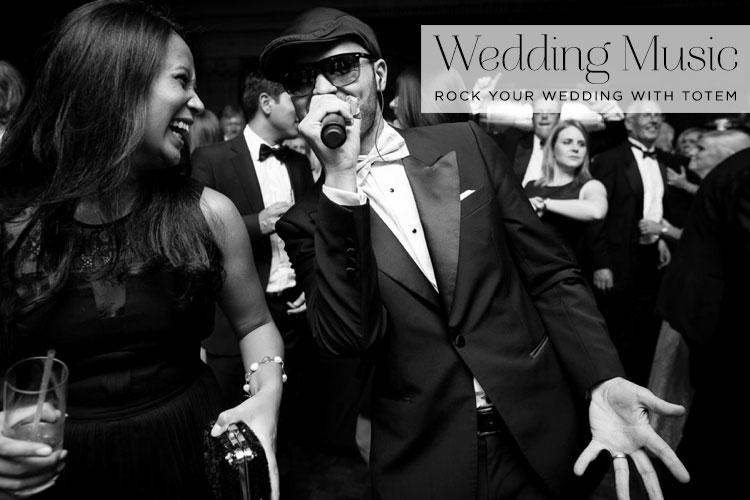 Happy New Year everybody! Here’s a post to liven up your celebrations in 2015 and beyond, and it comes with lots of goodies (a free evening of live music, and a very special offer for all brides and grooms) so listen up!

Joyous dancing at Jewish weddings is a tradition as old as Jewish weddings themselves, and is certainly one of the things I love most about a W-Day. In fact, when Mr STG and I were planning our wedding, music was way up there with the most important elements of our day. We spent hours crafting the perfect playlist, and would have loved to have had live music at our party, but sadly it just wasn’t within our budget. Who wouldn’t be thrilled by a live music set rocking, jiving, or jazzing up your wedding party? And what if the live music was guaranteed to energise your guests all night long with a fusion of the visual and acoustic brilliance of a live band with the flexibility and modern feel of a DJ?

Well, I might have just uncovered the answer to all your musical prayers with one of the best Jewish wedding bands around — Totem. They’re experts at reading the crowd and building energy on the dance floor by mixing and blending a diverse set of genres to appeal to your taste and guest make-up, meaning everyone from the Best Man to Grandma has an absolutely amazing time! 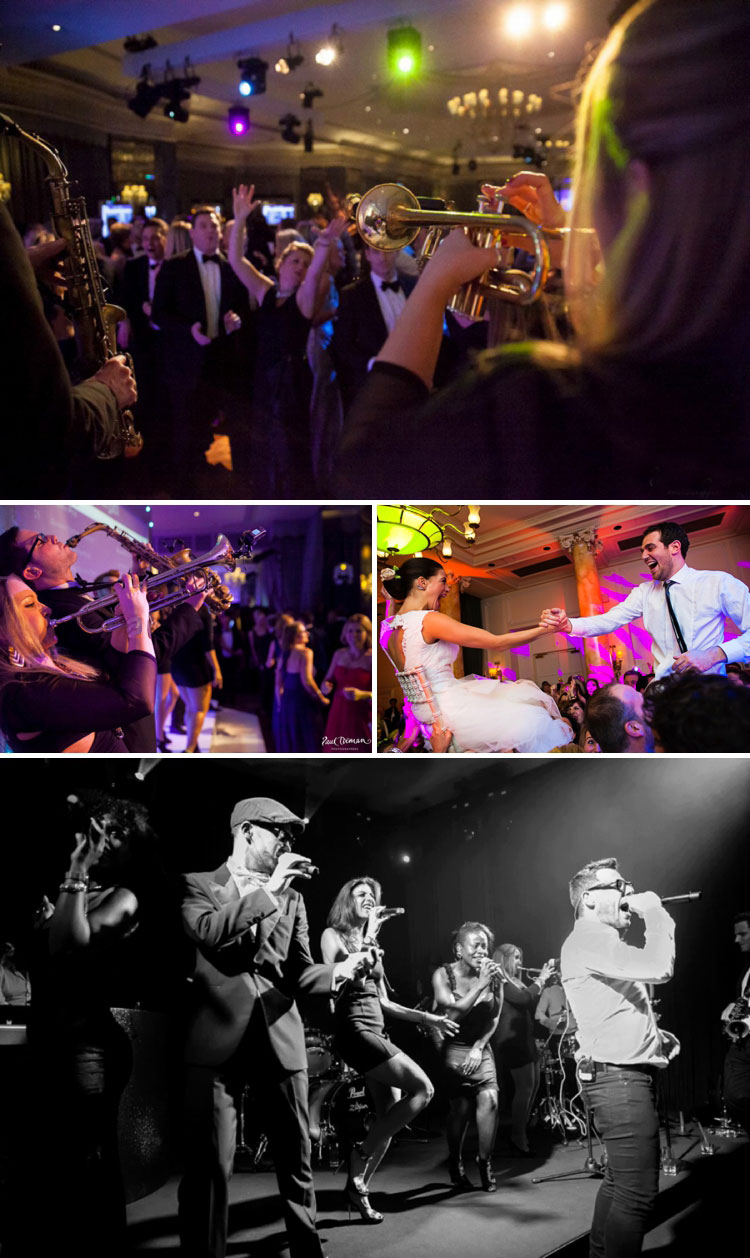 You can read all the testimonials in the world, but in my mind it’s still vital to ‘try before you buy’, and see a wedding band perform live to find out if they’re the right fit for you. Well those talented Totem-ites are putting on a cracking showcase on Thursday 22nd January from 8-10.30pm, in central London, at the Landmark Hotel in Marylebone (as a matter of fact, just a stone’s throw away from Smashing The Glass HQ).

What a brilliant way to kick off the New Year! There’s no way that I’m missing out on this. Myself and Mr STG will be attending so do come over and say hi (I’ll be the one throwing out the crazy dance shapes). I’m so looking forward to meeting you!

To confirm your attendance to the free showcase, simply click on the image below and fill out the form, or email showcase@totem-tribe.co.uk, or call 020 8207 4794.

Totem are offering an exclusive offer just for Smashing The Glass readers. If you mention the blog when you book your event, you’ll receive an extra two vocalists AND one more musician of your choice for free, in addition to the DJ, sax, percussion, keys, electric violin, and four vocalists. 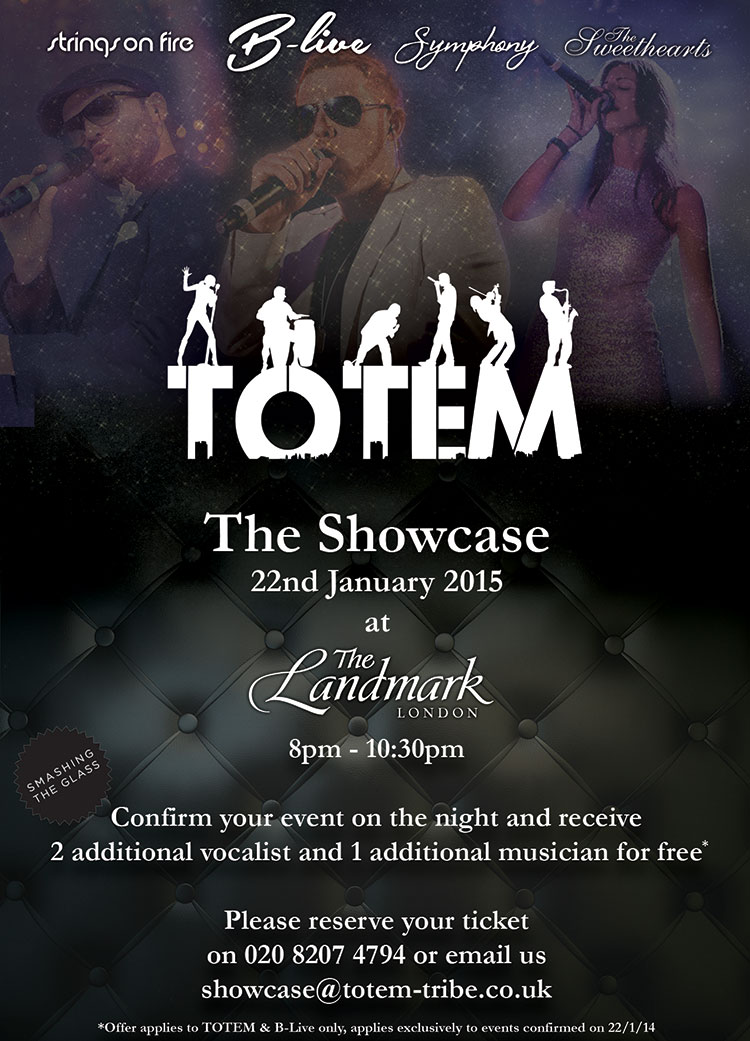 I had a chat with James Alexander, the co-founder and Creative Director of Totem (who’s genuinely one of the nicest guys I’ve met in the industry), and Brett Warren, Totem’s Musical Director, who told me a little bit more about Totem and what makes them such a great choice for Smashing The Glass couples.

How and why did you set Totem up? What is your background, and can you tell me about the singers and band members?

James Alexander: I’ve been in the events industry for the best part of 15 years. I was a DJ, an MC, a rigger, a manager, a planner and everything in between. As an event planner, I was quite frequently booking a few “DJ Live” setups. More often than not they were not as “slick” as they could have been. I’d met Brett Warren (musical director of Totem and co-founder) several years previously and I’d booked him consistently as a performer.

Brett Warren: I was born in the US. Growing up, music was in my blood, I’m a jazz specialist, and I had a very mature voice for my age. I’d spent 10 years in the music industry touring the UK and Europe, then I was signed to EMI records working with some of the most incredible musicians writers and singers . This was a journey that lead to me writing number one hits in Japan and Asia. Once I’d gone as far as I could go I then moved into the event industry working with most of the top function bands, learning the trade and most importantly observing the good… and the bad!

James Alexander: I knew that together we could build a better band. A band that not only benefited from world class performers but also addressed the unique and demanding nature of todays  detail-orientated celebrations. Jewish wedding’s especially, require musical accompaniment from the chuppah right through to the end of the evening. Ceremony music, reception music, dinner music and finally the party! 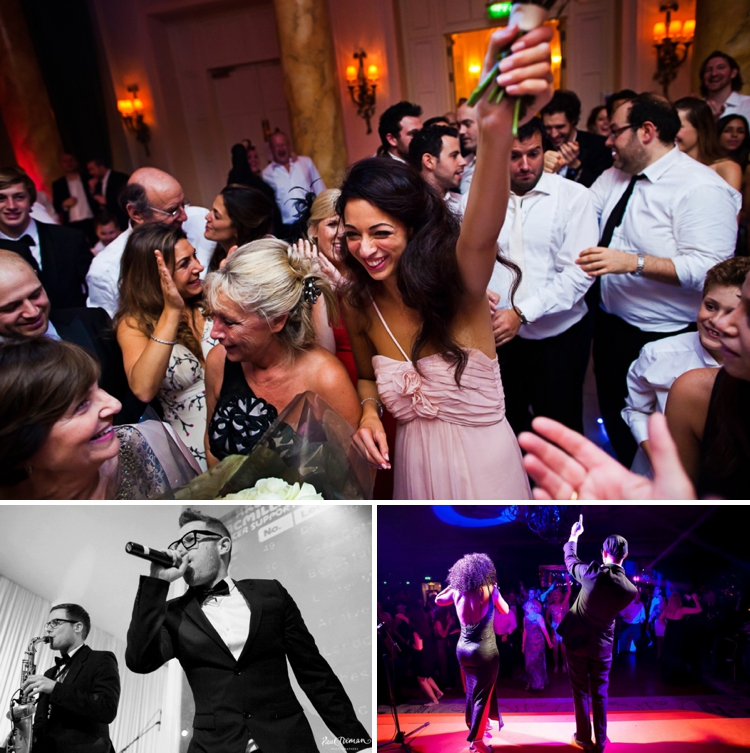 The result (after many, many conversations deep into the night) was the birth of the idea of Totem. The idea was relatively simple. Create an entertainment option that included your entire evening’s entertainment in one package. Performers who would not take a break every 45 minutes and demand feeding when their stomach rumbled. These performers had to be not only superior in their performance, but also in their attitude. That is when Brett and his background came in to play.

Brett was tasked with assembling the group. We held open auditions which were attended by more than 100 hopefuls. At the end of the first day Brett had chosen three people from more than 100 we’d seen. I thought this was going to be impossible! Taking less than 3% of applicants was going to take us forever just to get going!

Brett Warren: I’m very particular when choosing a Totem artist, they have to fit in to our way of working and have to love what they do, most importantly they need to know how to work a room, as with Totem the musicians are as important as the singers. The whole band is mobile, they move around the event space, engaging with guests at all time.

James Alexander: That’s the event planner bit coming through! I wanted Totem to cover the entire evening. Cosmetically I didn’t want a stage covered in wires and speakers, I didn’t want the musicians bound by a length of cable. 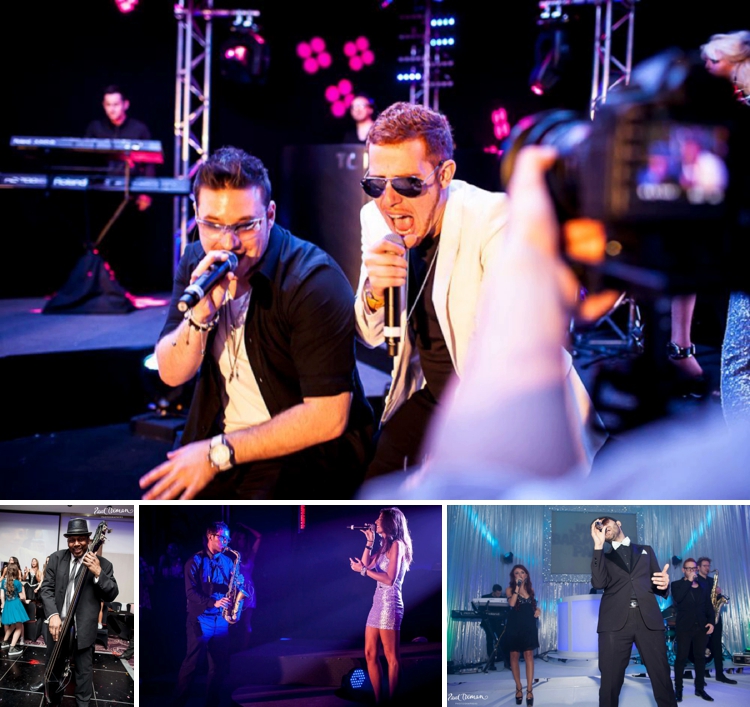 Where are you based and where in the world can you work?

We are based in London but we perform all over the world.

Wedding-wise, is there anything in particular that Totem specialise in or particularly love to do?

By request only, we are becoming famous for our live garage set. One of the elements of a party that is often overlooked is the dinner set. Your guests may be seated for up to two and a half hours, and I’m aware of some bands and DJs becoming lazy during this period. They will sit in the crew room waiting to be called on stage. Not Totem! This is where we will send a variety of band members up to entertain (at the appropriate sound levels… another important thing at a wedding) and often by dessert we will have a full dance floor!

What do Totem love about singing at weddings?

It’s an honour to be asked to be a part of so many people’s special days — the variety of parties is brilliant too. Brides (and grooms on occasion) spend so long planning their day it’s amazing to see their personalities shine through (sometimes in the same venue) and sculpt our performances. 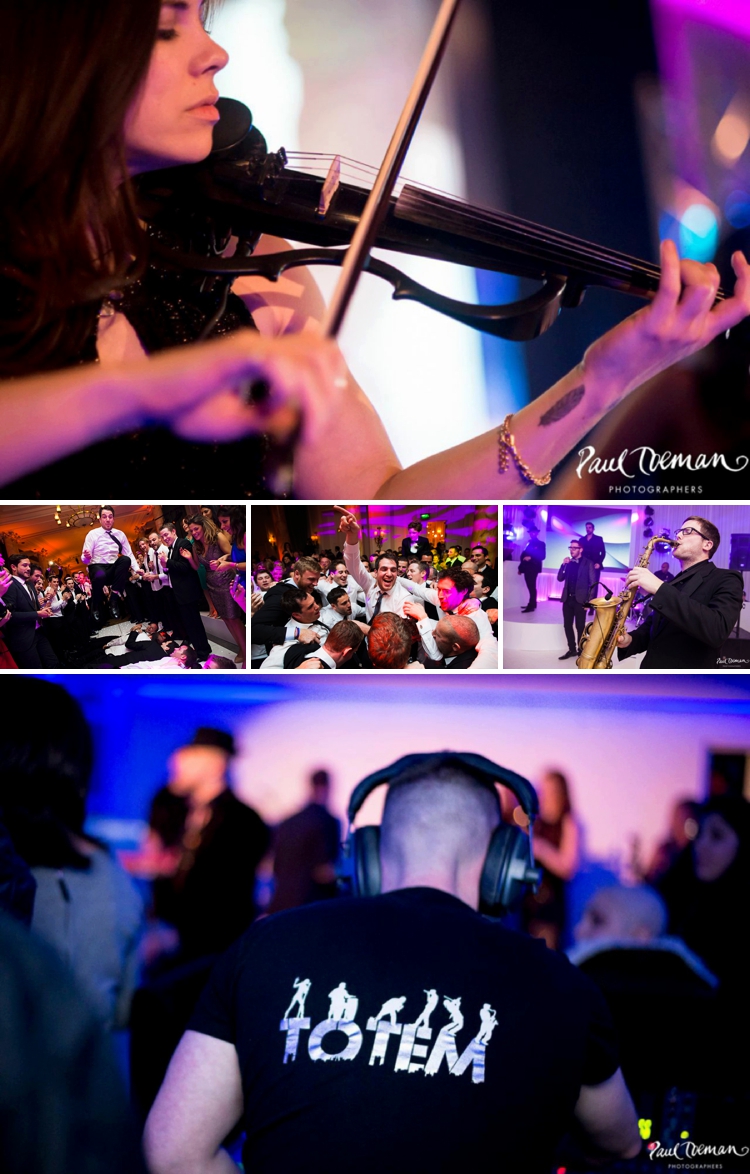 We are an entertainment team and have back ups running several performers deep. We’ve always known that by dealing with a professional company rather than an assembled collection of individuals means that you can be sure every base is covered. Every member of our nearly 40 strong team is an accomplished performer in their own right

Tell me a little about your favourite ever Totem performance and why?

Jenna & Jason’s wedding at The Landmark in London was a particular highlight. It was really the first time we’d put a massive band together (18 performers in total) and there we were, centre stage, all dressed in white at one of London’s top hotels performing to hundreds of happy guests! Later Jenna and Jason would by chance meet up with Brett on their respective honeymoons and form a life long friendship. The party was amazing with a packed dance floor all night long.

So are you ready to put your dance floor in good hands? Then head over to Totem to find out more and book your place at the showcase. I for one would absolutely love to party with you at The Landmark on 22nd January.

Now where are my dancing shoes…