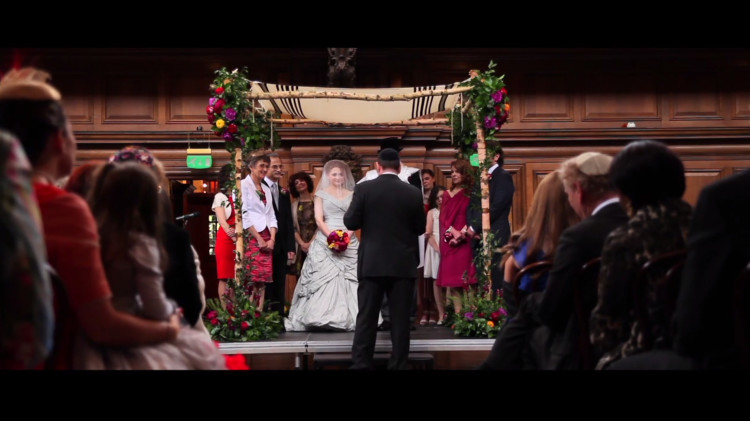 This morning I have the ideal antidote to the stormy weather and the general sub zero antics that appear to be going on outside.  Steve from Newlywed Films  recently contacted me to share one of his favourite wedding films from 2013 and it’s perfect for brightening up a particularly inclement day such as today.

There are so many details that I love about this wedding, from the groom’s theatrical top hat and the bride’s Vivienne Westwood-esque  dress (especially that bustle) to the fact that their reception took place in the London Transport Museum – how fun and fabulous is that?! Their guests chatted and ate on the different buses throughout the museum and as Joanna, the bride, says, “The London Transport Museum had never held a wedding reception before which meant it was a really fun and creative process for us and felt very unique and special.”

Beforehand they held their ceremony in David’s old school, UCS in Hampstead, and it featured an absolutely beautiful chuppah with the most vibrant coloured flowers and talit.

Anyway, enough from me, check out the wedding film for a sun-in-your-heart Thursday feeling.

Joanna, the bride:  We don’t have an exciting/romantic backstory in terms of using the London Transport Museum as our wedding venue – we just came across it when we were venue searching and then nothing else seemed to compare!

We didn’t want a sit down meal but we also wanted our guests to be occupied the whole time so a museum space with fun exhibits seemed perfect, especially as we knew that there would be kids at the reception. It turns out that it was the adults who probably enjoyed it the most though! Also, the transport museum had never held a wedding reception before which meant it was a really fun and creative process for us and felt very unique and special. 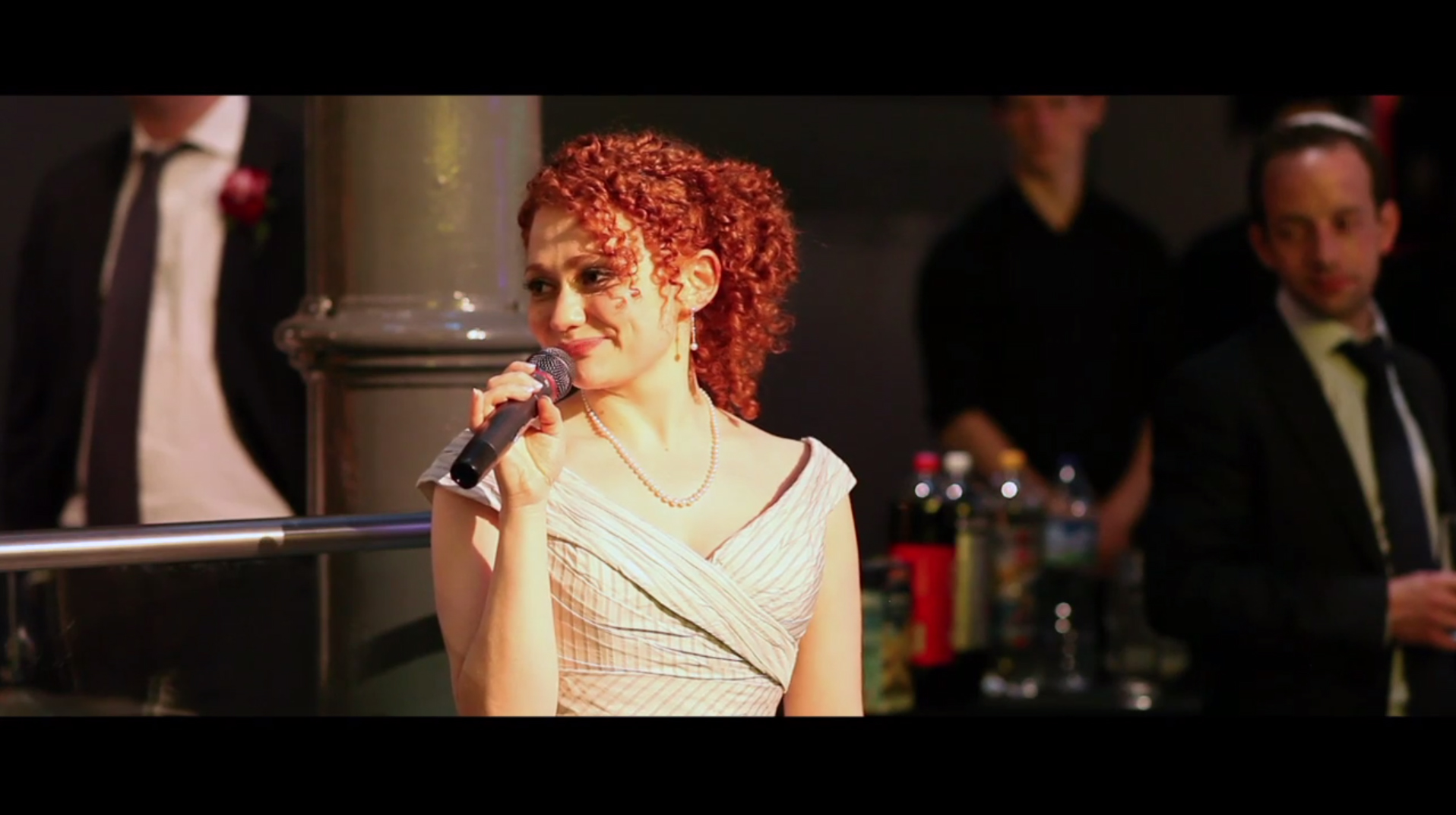 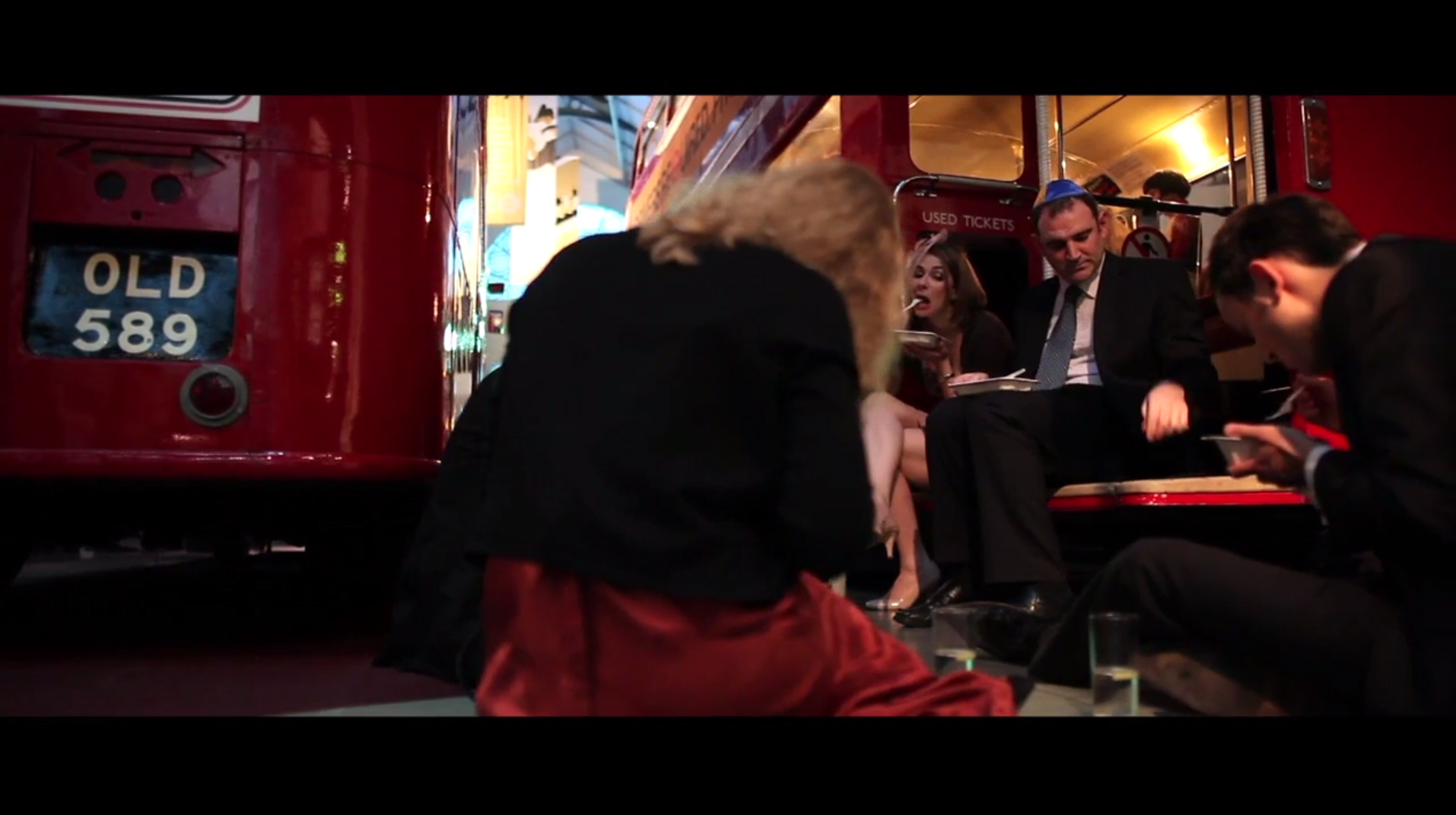 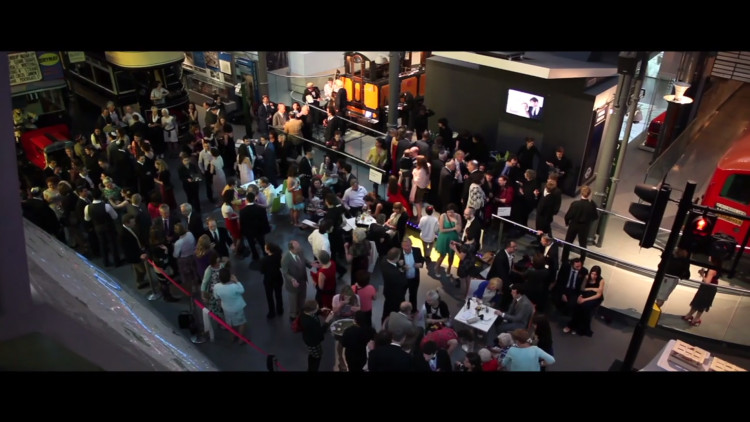 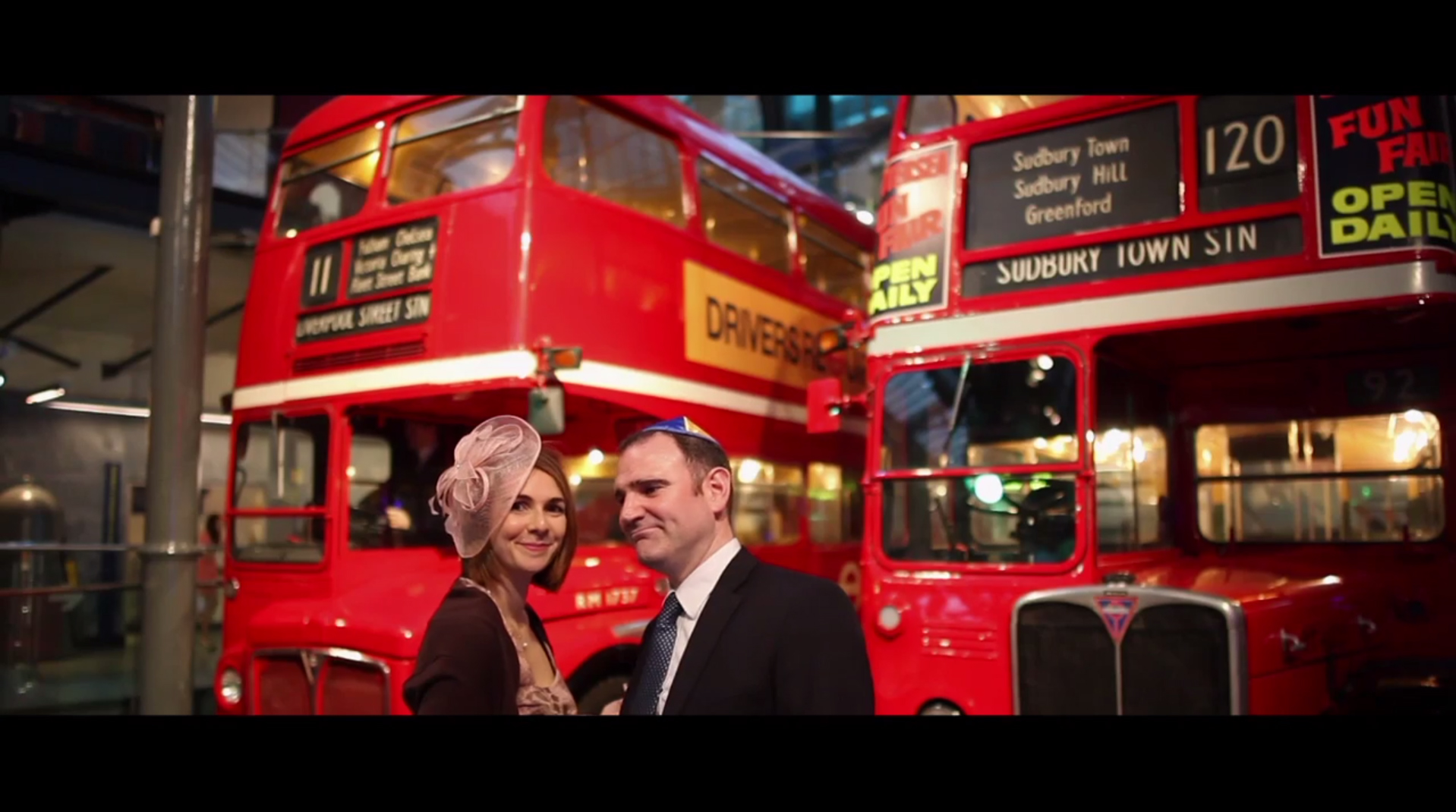 Steve from Newlywed Films:  Joanna and David are a lovely, laid-back couple who wanted  something different for their wedding video. When Joanna first contacted us I believe she was studying to be a doctor in Newcastle, David was working in Copenhagen, and both were busily trying to organise their wedding.

David was a former student at the UCS School in Hampstead and it’s where the traditional Jewish ceremony took place. It wasn’t long until the singing and dancing erupted in the magnificent hall. We had a number of cameras rolling on the day to capture all of the details and used a steadicam on occasion to follow David as he went from room to room when carrying out the various traditions.

The reception was probably the best reception we’ve ever filmed at, it was at the London Transport Museum. I remember walking in there and feeling like a kid in a candy shop with all of the stunning things to film. The speeches even took place in a Tram, how cool is that? What was for dinner, pie and mash of course, brilliant!

The singing and dancing went on into the night with two different bands.

It was an amazing wedding and we are really proud of the videos that we produced for them, as is Joanna: “I really can’t tell you how perfect the video is – it is exactly what I was hoping for” 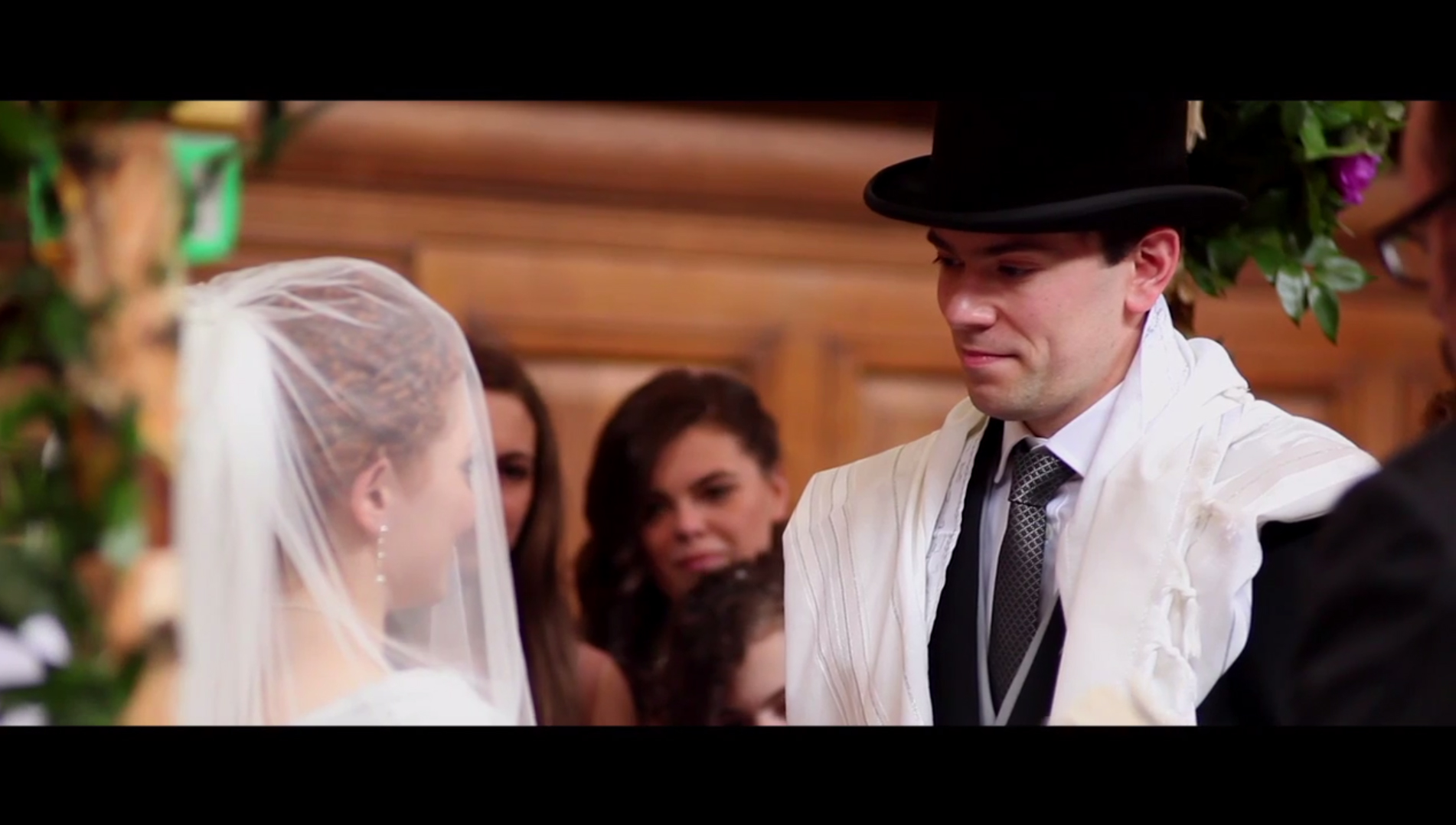 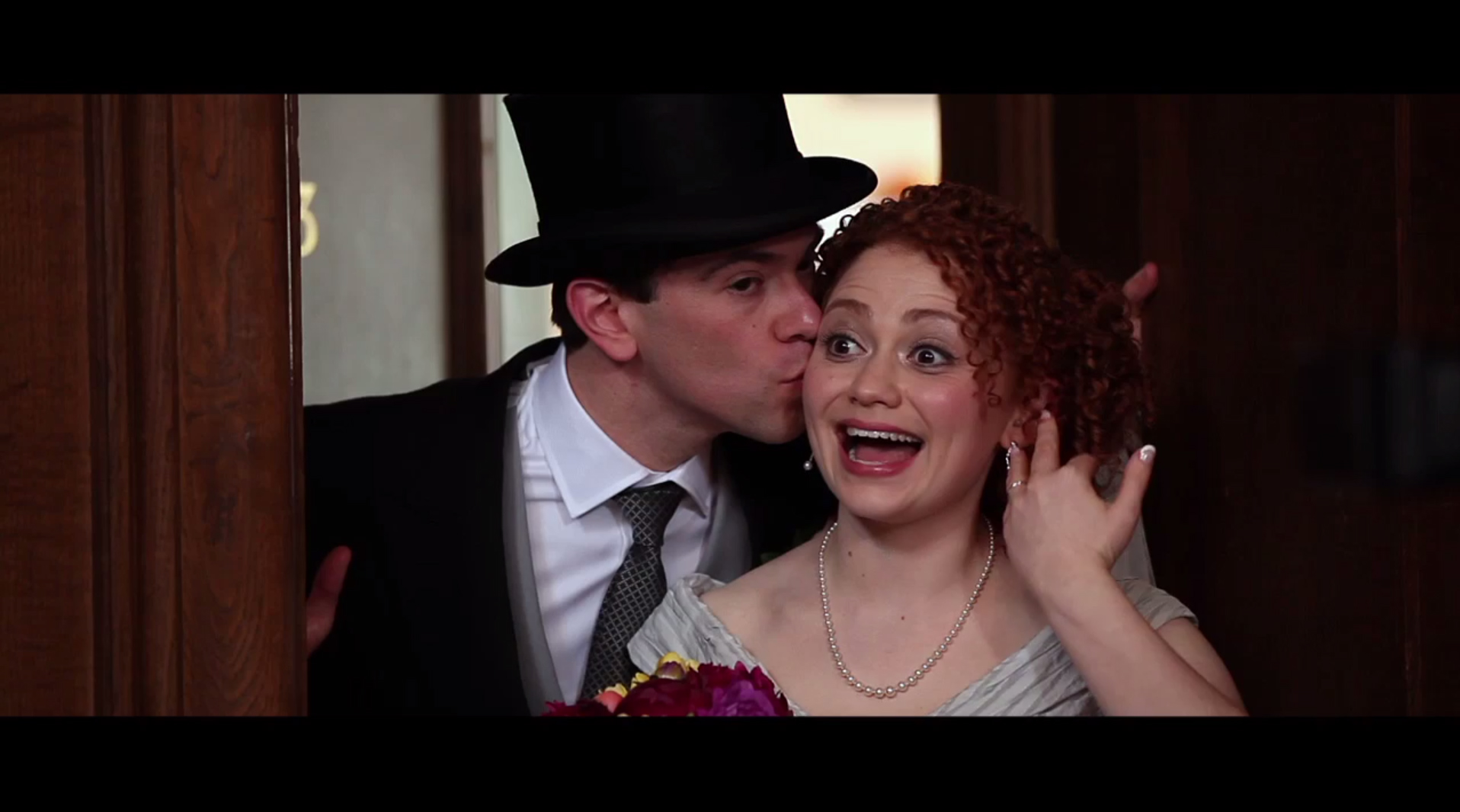 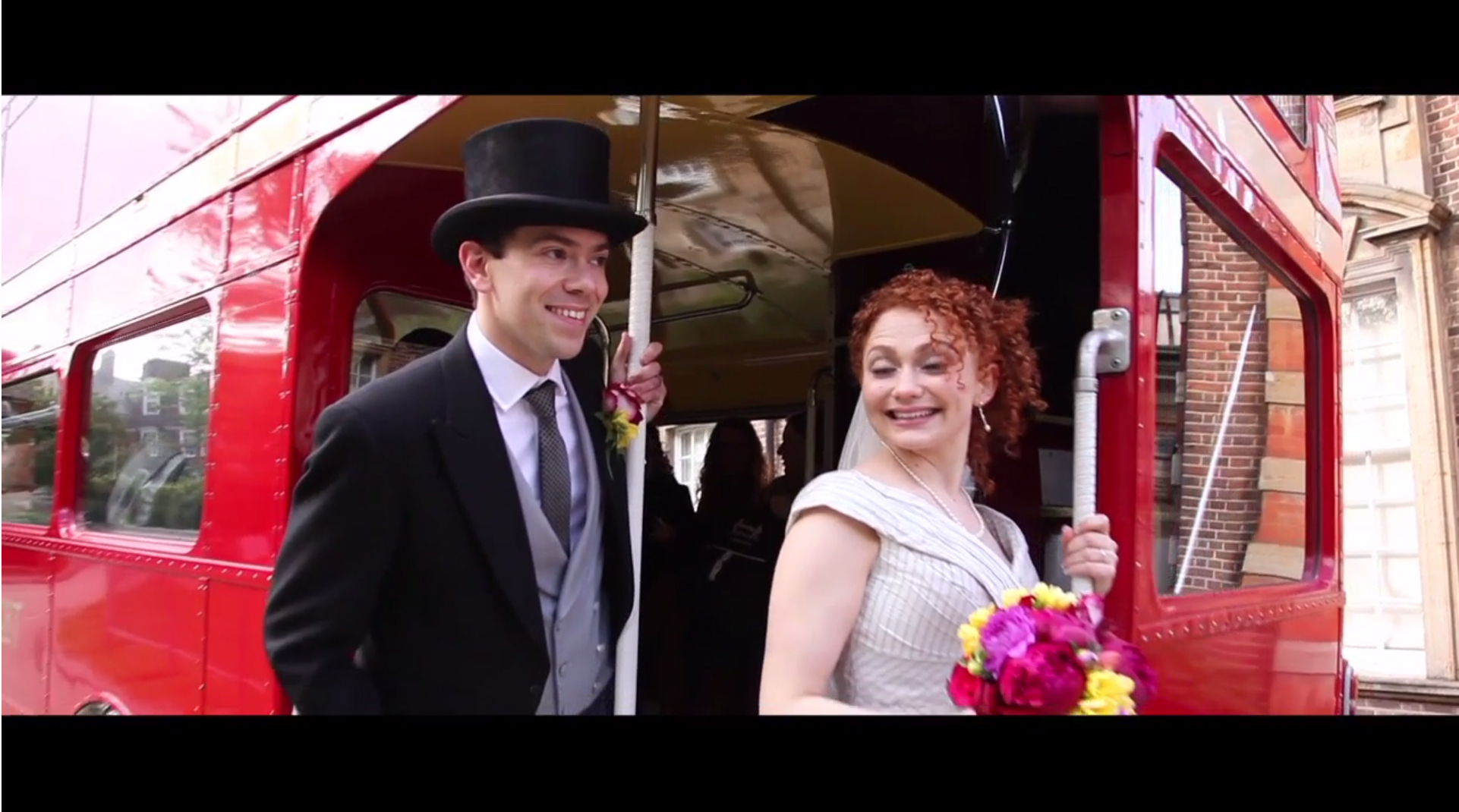