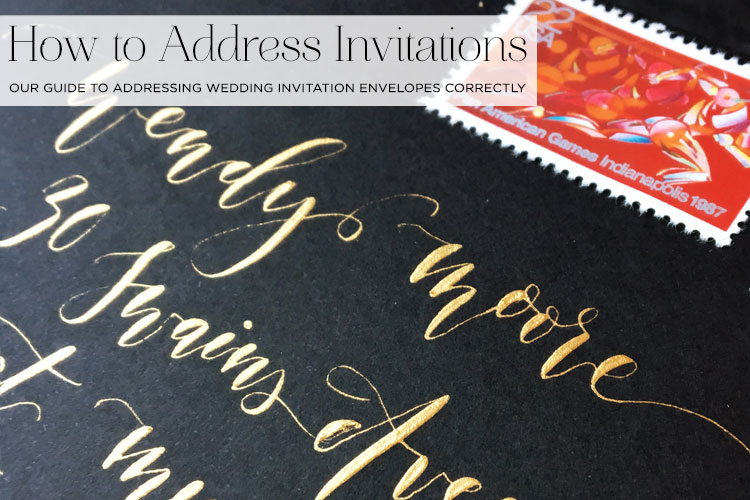 This is a guest post by Jo Bryant, a wedding etiquette specialist

I recently met a newly-wed who was suffering from a common condition: post-wedding-and-honeymoon-blues. In a bid to cheer her up from the onset of dark evenings and the daily grind, we reminisced about her fabulous summer wedding.

We raved about her perfect country barn venue, amazing table of desserts, stunning understated floristry, adorable bridesmaids and comedy first dance, but we also recalled some of the trickier parts of her planning.

None of the disagreements were about the big stuff. In my experience, they rarely are. It seems that the pressures of planning and expectations of everyone involved can blow up over the smallest things.

For my friend, this was a standoff between her and her mother over how to write the guests’ names in the invitations. She wanted the simple option of using first names, but her mother was shocked at such ‘informality’ and was insisting on the Mr & Mrs route. This became one of their biggest cross-generational planning battles…

When it comes to the invitations, writing just ‘Tom and Jo’ (to use me and my husband as the example) is often seen as more suited to many couples’ wishes for a relaxed, informal day. That may be so, but don’t forget that the envelopes need to be written, so you will still have to face a potential minefield of modern forms of address.

Don’t panic! Here are my essential guidelines to help you avoid unnecessary stationery-stress. 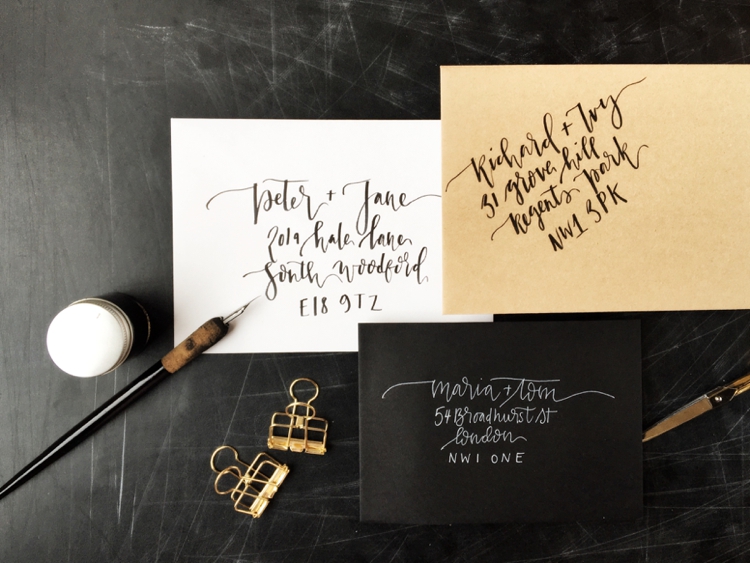 The first thing to consider is that the invitations offer the guests a first glimpse of the style and tone of the wedding. It makes sense, therefore, that the styling of the guests’ names is in keeping with nature of the wedding.

For a formal wedding with traditionally formal invitations, it may be most appropriate to opt for the ‘Mr & Mrs’ route. Similarly, first names for guests are best suited to invitations for a more casual day — particularly if the couple, rather than their parents, are the hosts.

That’s Just the Half of It

Once the decision of whether to use first names or a formal Mr & Mrs has been decided, there are many other quandaries to face. What goes on the envelope? What about including children? How to manage maiden names, Miss and Ms? Divorcés and widows? Someone may be a ‘Sir’ or a ‘Dr’. Then there is the tricky matter of the plus-ones (and do you even know their names?)…

If you want to stick to tradition, then the guests’ names on the invitation (and envelope) would be formally styled as the following: 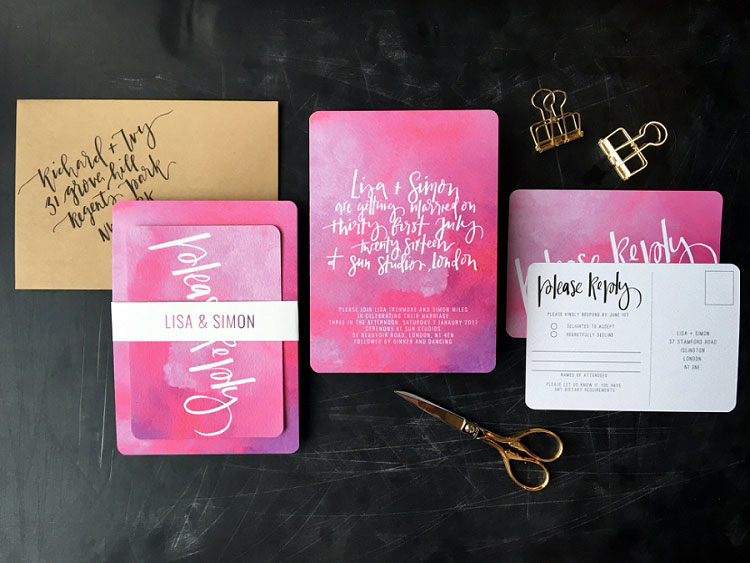 If first names are decided upon, then the styling on the invitation is relatively straightforward. For example, ‘Tom’, ‘Jo’ or ‘Tom and Jo’.

Most women find the use of ‘Miss’ inappropriate and babyish once they hit their mid-teens, so I always recommend using ‘Ms’.

If a married woman has decided to retain her maiden name, then her and her husband would be addressed as ‘Mr Tom Bryant and Ms Jo Jones’ on both the invitation and envelope.

Traditionally a widow retains her late husband’s first name after his death (in more narrow-minded times it was a way of clarifying that she wasn’t a divorcà©e) so is styled ‘Mrs Tom Bryant’, however many prefer to use their own name, eg ‘Mrs Jo Bryant’. It is wise to check their preference in advance; it can vary between generations and could be an emotionally sensitive detail.

A divorcés is traditionally ‘Mrs Jo Bryant’ but never make this assumption — many women prefer to use ‘Ms’ or revert to using their maiden name so it is always best to check. 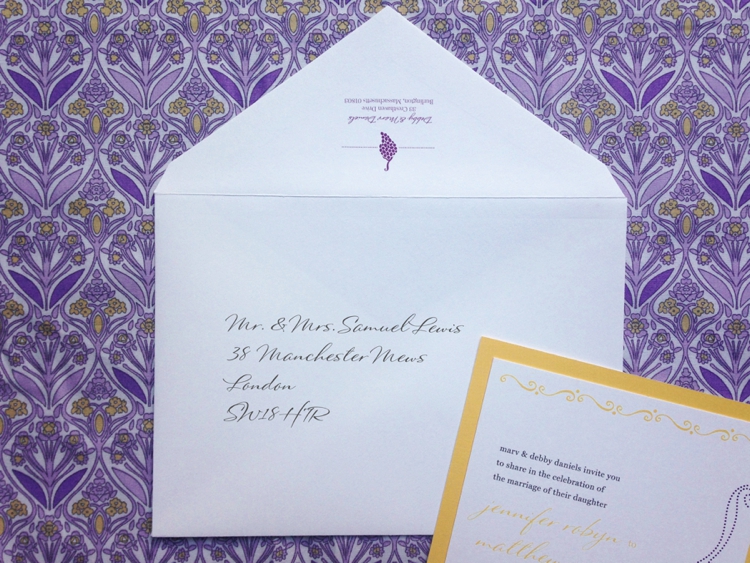 Titles are written out in full on the invitation and envelope. For example, ‘The Earl and Countess of Partyville’, ‘Lady Jo Jones’ or ‘Sir Tom and Lady Bryant’.

Children are included on their parents’ invitation, listed in age order with the eldest first, for example: ‘Mr and Mrs Tom Bryant, Oscar and Alexa’, or ‘Tom, Jo, Oscar and Alexa’. If there is difficulty in remembering all of the names or the correct age-order, then a quick-fix is to write ‘The Bryant Family’. The envelope is addressed to just the parents.

If a guests’ invitation includes a plus-one, then it is best to try to find out their name in advance so that it can be written on the invitation. If this is not possible, then use ‘and guest’ instead. Address the envelope according to how much information you have!

A Doctor in the House

Some professional titles are included on invitations, ‘Dr’ being the most frequent example (that is a medical doctor, not someone with a university degree). On the invitation and envelope, the guests would be styled as ‘Dr and Mrs Tom Bryant’ or ‘Mr Tom and Dr Jo Bryant’

The same rules of address apply for evening-only invitations. 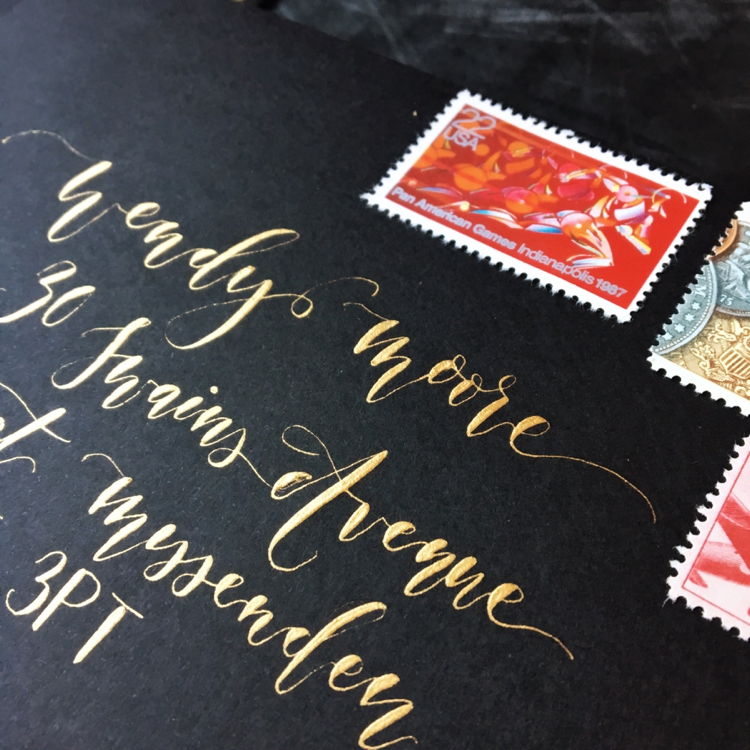 As there is no tradition or precedent for joint forms of address for same-sex couples, the style can vary.

The most frequently used is ‘Mr John Jones and Mr Simon Smith’ or ‘Ms Jane Jones and Ms Sally Smith’ (in alphabetical order according to surname) on both the invitation and envelope. Married couples may be double-barrelled, eg ‘Mr John and Simon Jones-Smith’ or ‘Mrs Jane and Sally Jones-Smith’.

If a single surname is used, then write ‘Mrs Jane and Mrs Sally Smith’ rather than ‘Mrs and Mrs Smith’. Sometimes for men the less-formal, charming and slightly old-fashioned ‘Messrs’ is used, for example ‘Messrs Jones and Smith’.
The Neutral Option

‘Mx’ is the most recognised gender-neutral title for non-binary people.

Guests’ names are written in the top left-hand corner of the invitation, unless there is a dedicated space/line for them. Check and double-check the spelling of names/surnames, take the time to ensure that the right invitation goes in the right envelope and have an efficient method for ticking people off once they are done.

If you are wondering who won between my friend and her mother, than I’m pleased to report that they reached a compromise. First names were used for the couples’ friends and younger guests, and ‘Mr & Mrs’ used for the parents’ guests. A perfect inter-generational compromise.

Jo Bryant is an etiquette and wedding consultant. She works with brides and couples to help them prepare for their wedding day. Jo offers ‘Aisle Style’, personalised bridal image, confidence and deportment workshops, and ‘Wedding Companion’, a flexible, bespoke pay-as-you-go planning support and advisory service.

Jo regularly appears on screen and in print. She was a live commentator on the Royal Wedding for the BBC, and has been on the BBC Breakfast sofa to discuss wedding etiquette. Other appearances include the BBC, ITV and Sky and Channel 4 News, CNN, and Good Morning Britain. She writes for many newspapers and wedding magazines, blogs for Huffington Post and speaks on etiquette and weddings, most recently at Stylist Live.