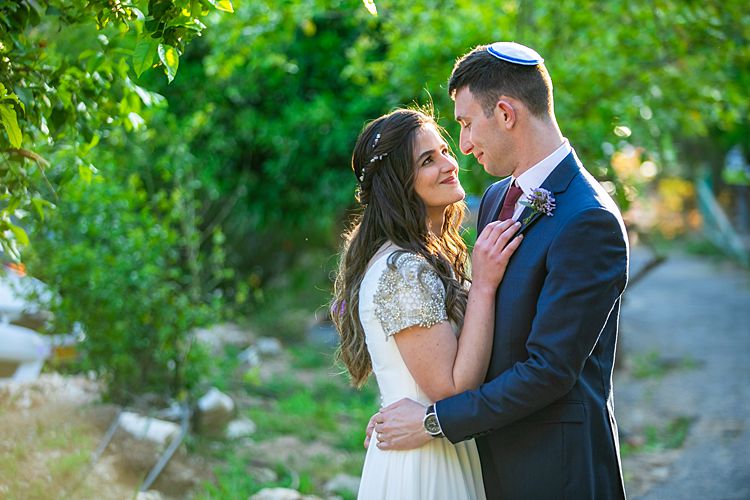 Even though Israeli couple Elinoa and Yonah held their Jewish wedding during the pandemic, they were lucky enough not to have to make major changes to their plans. Sure, they changed venues two weeks(!) before the big day – but, happily, they made that change in order to be able to invite MORE guests (including Yona’s entire army unit), not because they had to cut their list down.

As always, we’re totally and completely blown away by the couple’s incredible wedding photos by Smashing The Glass Recommended Vendor Herschel Gutman. Like so many couples, Elinoa and Yonah knew they wanted him as their photographer before they were even engaged. In Elinoa’s words, “Herschel has this magical way of just capturing moments – being truly in them with you but also making you feel like it’s only the two of you. There was not a moment throughout the wedding where I noticed a camera on me or in my face and I think that’s a testament to the true skill Herschel has.”

There’s so much more to say about this gorgeous wedding – just for starters, we love that Elinoa designed all the wedding stationery herself! – but we’ll let the bride, who looked exquisitely elegant in Michal Taylor, fill you in on the rest… 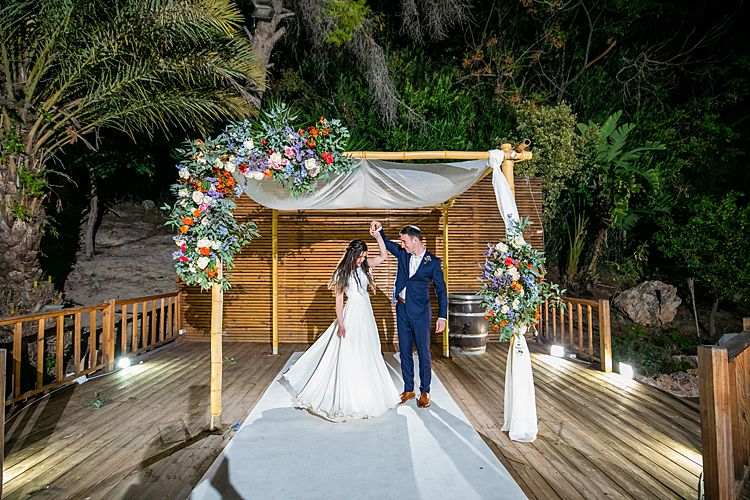 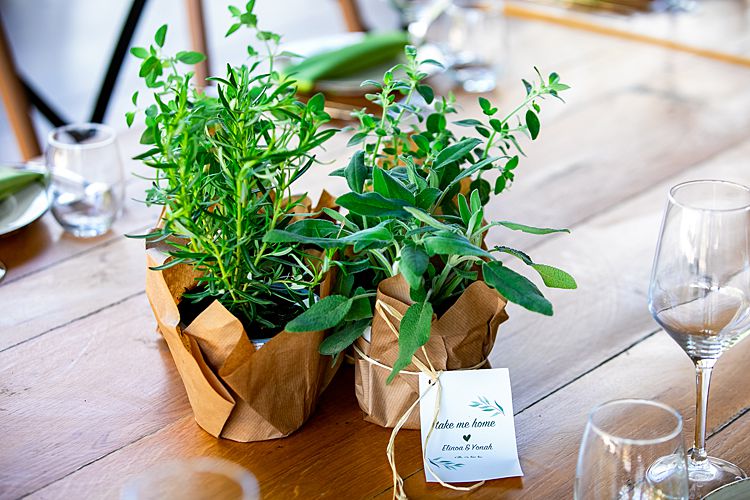 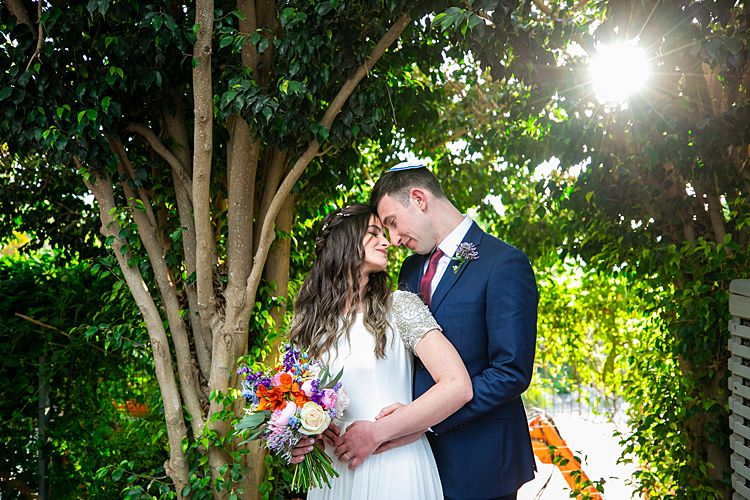 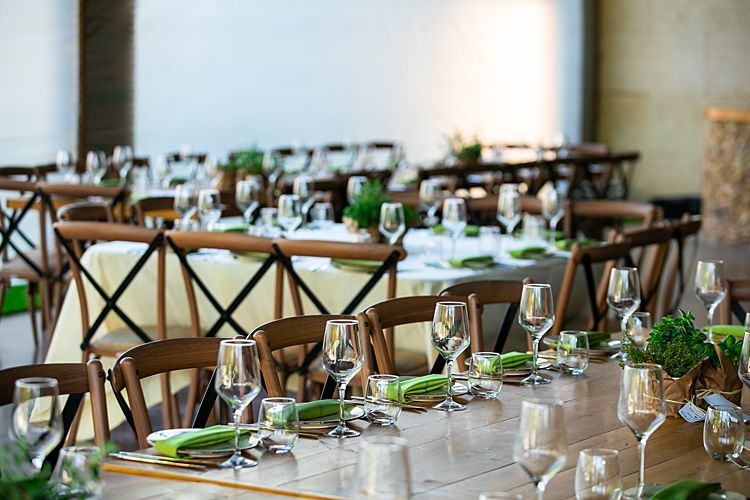 Elinoa, the bride: We’ve both always sort of been in the background of each other’s lives. Our parents were all part of Bnei Akiva in England, which if you’re familiar with anyone who grew up in England and went to BA – everyone knows everyone. My father-in-law was a madrich to both my parents, Yonah’s uncle was my dad’s madrich & my mother in law was a good friend of my uncle through-out high school. The four of them made Aliyah around the same time & lived in the “merkaz klita” in Ra’anana. Our families both settled down in Ramat Beit Shemesh and we grew up always sort of aware of each other but were never necessarily friendly (although we have got a few pictures of us together from when we were little). Eventually my family moved to America and then to Ra’anana meaning the next time we crossed paths was when they would come to stay with us for Shabbat.

Yonah’s second cousins live in Raanana and they are good friends of ours so every time they had a simcha, Yonah’s family would stay with us. In August 2016 they came to stay with us and Yonah and I sort of caught each other’s attention. A few days later I noticed he had FB messaged me wishing me good luck in my year of sherut leumi in Jerusalem. Turns out he was just being nice and not flirting but I took it as flirting and told him to let me know next time he was in Jerusalem and we would hang out. 9 months later he texted me asking if I was free, May 26th 2017 we went on our first date and we’ve been together ever since. Our relationship has spanned 2 year of sherut leumi, Yonah’s army service (and subsequently many, many drives to his base), almost an entire degree, traveling, and much, much more. END_OF_DOCUMENT_TOKEN_TO_BE_REPLACED