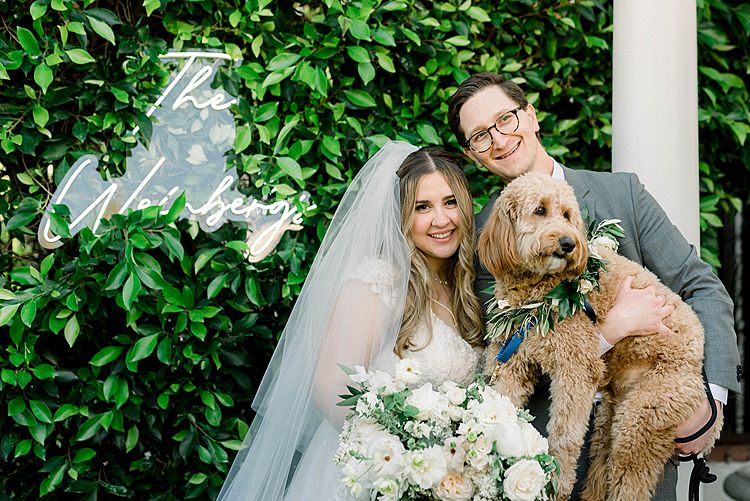 Rachel, a program manager, and Aaron, a software engineer, had a very special guest of honor at their Jewish wedding: their dog, Ryder!

Not only did this much-loved Mini Goldendoodle serve as the couple’s ring bearer, he sat in Aaron’s lap during speeches and joined the pair for their first dance. Rachel and Aaron even added special touches celebrating their best canine pal, like cocktail napkins featuring his likeness, dog-shaped cookies, and their signature cocktail, the Ryder Old Fashioned! We love how Rachel and Aaron figured out what was important to them early on in their wedding planning and made it happen.

Another thing we love? The duo’s sweet forget-me-not ketubah print with gold foiling detail by Smashing The Glass Recommended Vendor The Delicate Brush. It’s such a lovely piece of artwork, and the perfect fit for the SoCal-meets-England vibe these two had going on.

We’re also obsessed with the way Rachel and Aaron used the venue’s pergola as a base for their dreamy floral chuppah – which was transformed into the most swoonworthy sweetheart table for the reception!

Now over to Rachel, who looked radiant in Stella York… 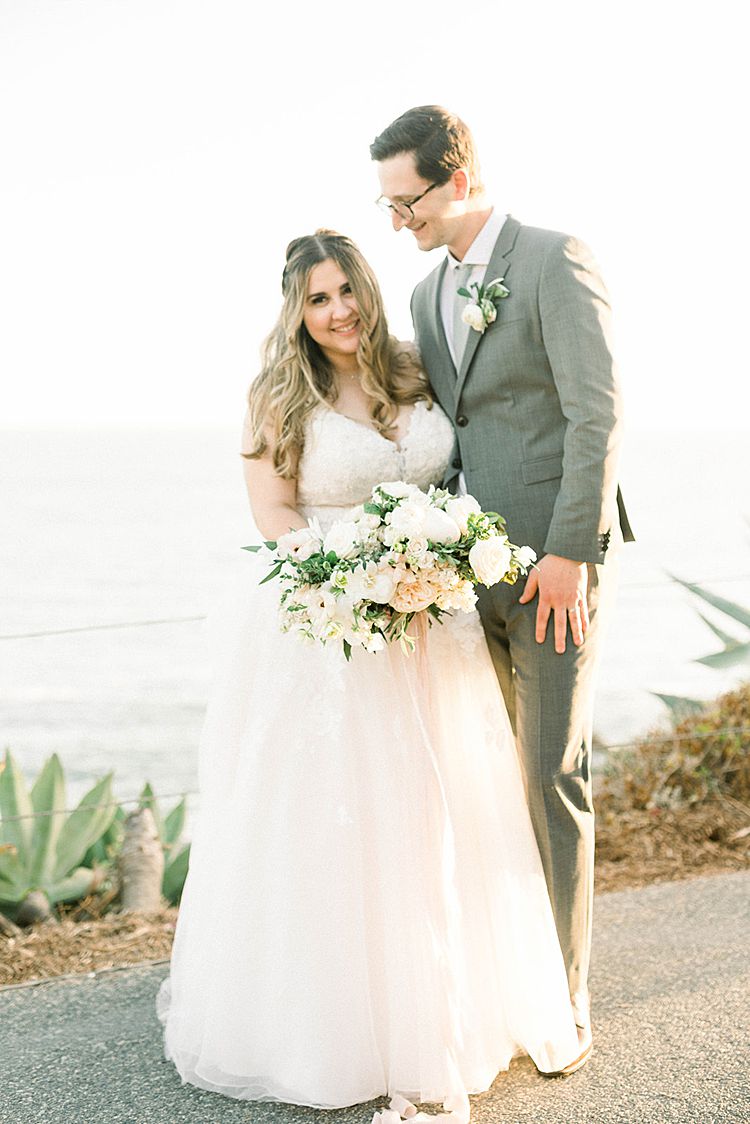 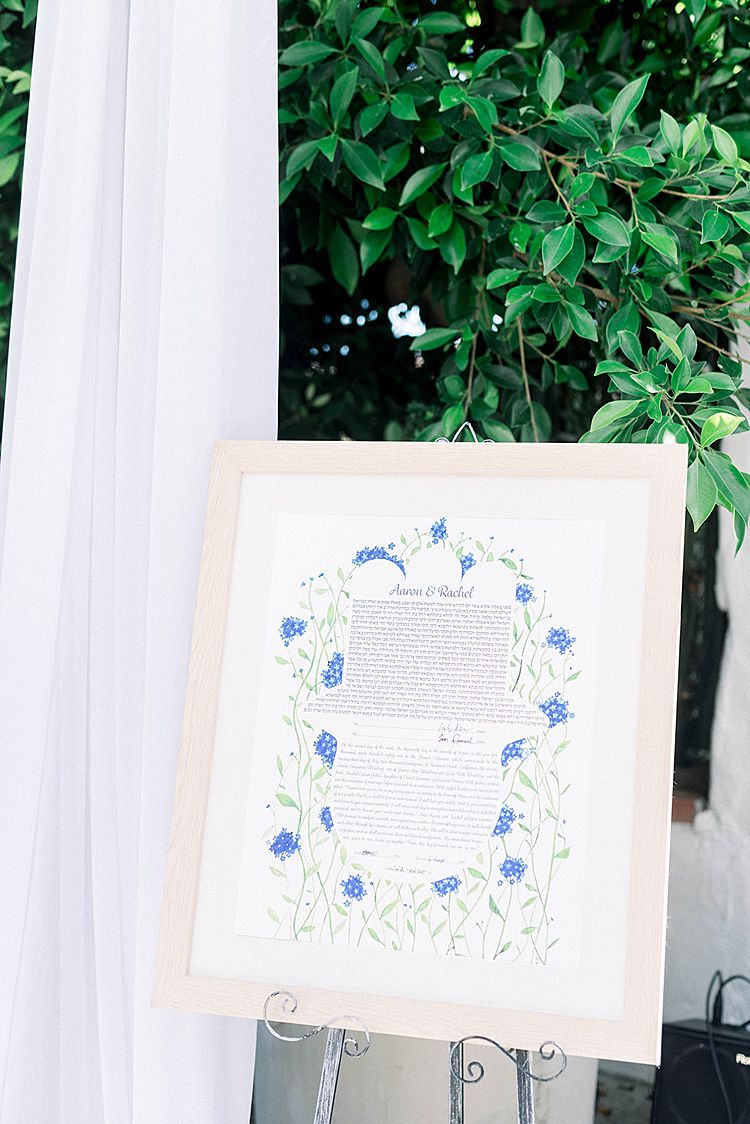 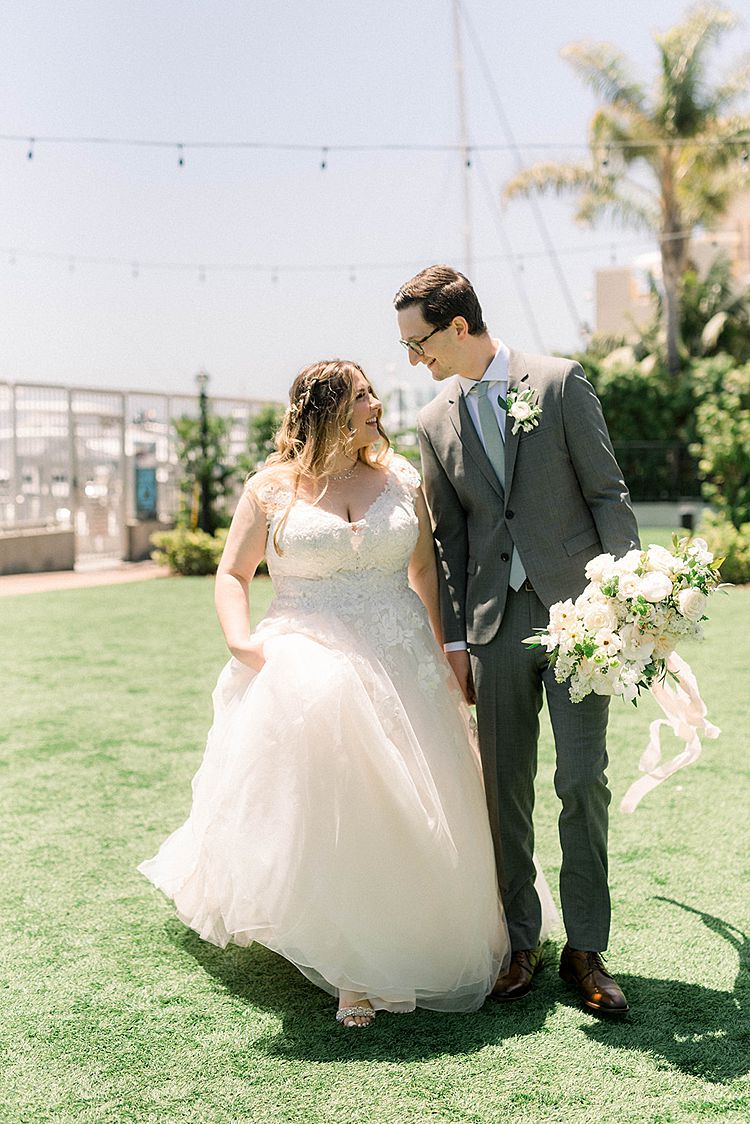 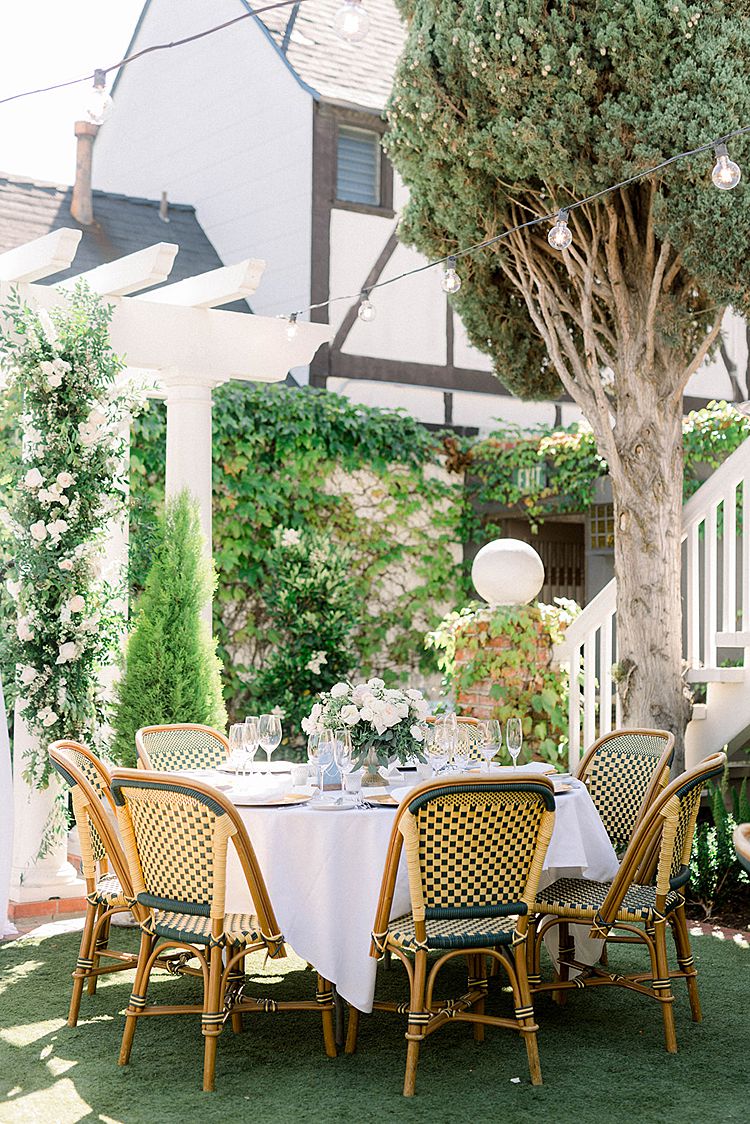 Rachel, the bride: Aaron and I met while studying at Chapman University in 2014. I transferred in as a sophomore and met him when he was tabling for Hillel during the student club fair. I was instantly drawn to Aaron and when we started talking, we realized we both grew up in LA and had many mutual friends. We began officially dating in October 2014 and have been inseparable ever since. END_OF_DOCUMENT_TOKEN_TO_BE_REPLACED