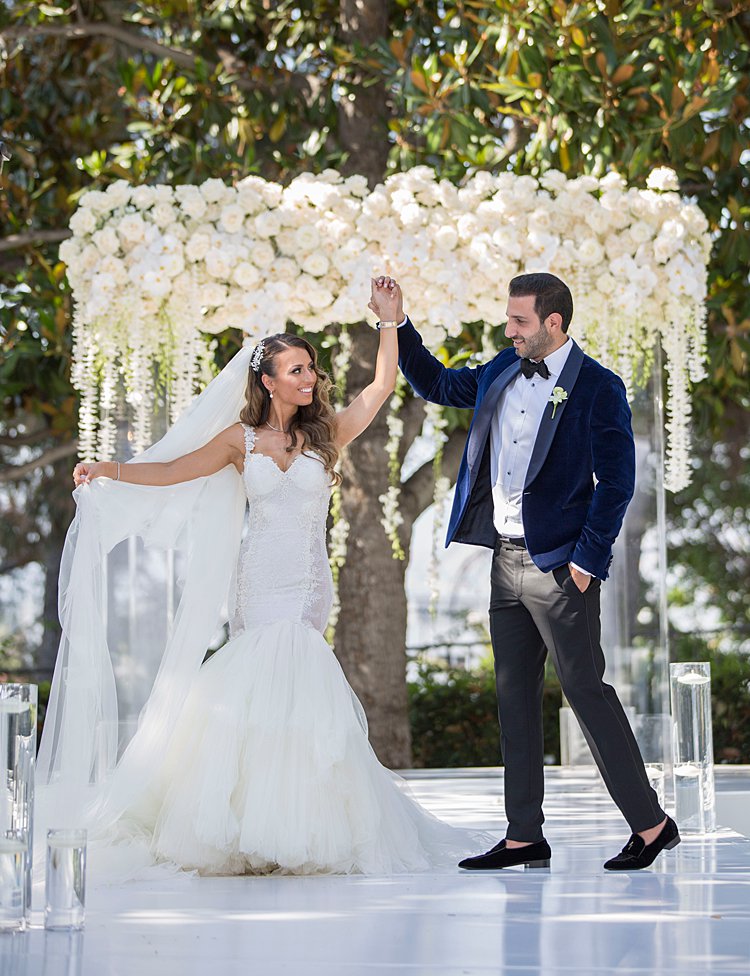 We love a good Persian Jewish wedding here at STG, and today’s is no exception. Sadaf, a clinical pharmacist, and Payam, a personal injury lawyer, had an epic party – with over 500 guests, how could they not?! The awesome energy kept everyone on the dance floor nonstop, and we really do mean nonstop – the bride and groom were so busy tearing up the dance floor that they skipped dinner!

And we love how they followed the Persian Jewish tradition of having the wedding party and close relatives  walk down the aisle before the bride and groom and their parents – for Sadaf and Payam, that amounted to over 40 people, each of whom danced down the aisle to a song of their choice!

We’re obsessed with the glam photos from  V Production – and how cool is the post-wedding shoot they did of the couple at Malibu Creek State park?!

We’re so touched by how the couple included Payam’s mom, who had tragically passed away two years before, into the wedding, by dedicating the wedding to her on their invites and displaying a picture of her under the chuppah.

We’ll let Sadaf, who was nothing short of ravishing in her dreamy Galia Lahav mermaid gown, tell you the rest… 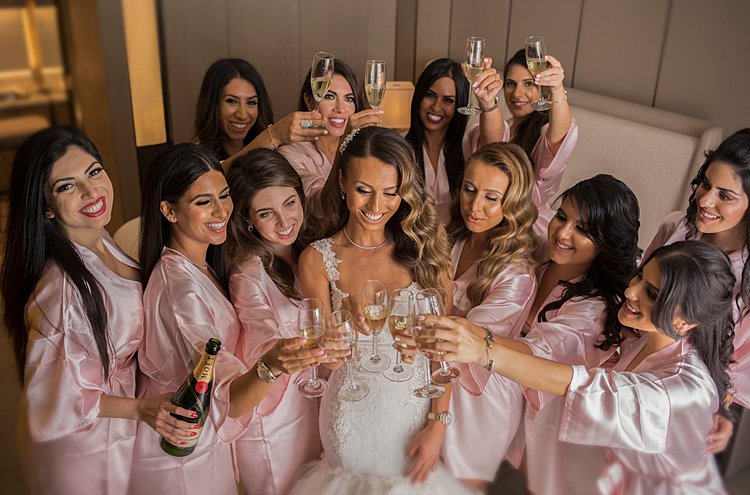 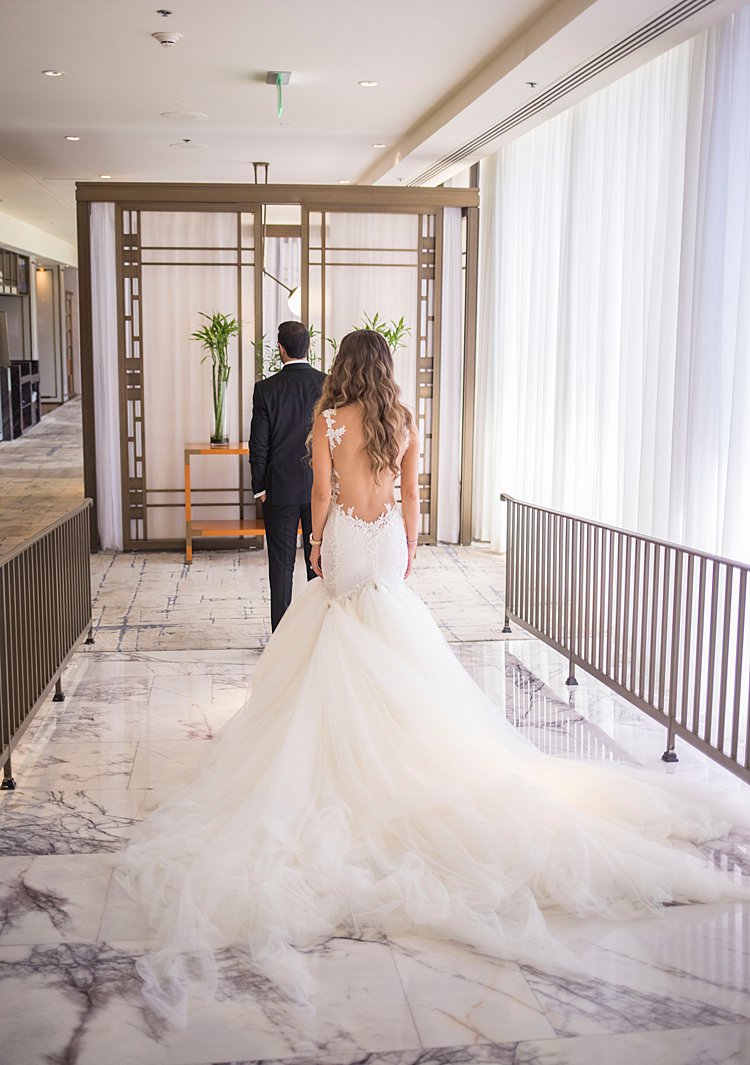 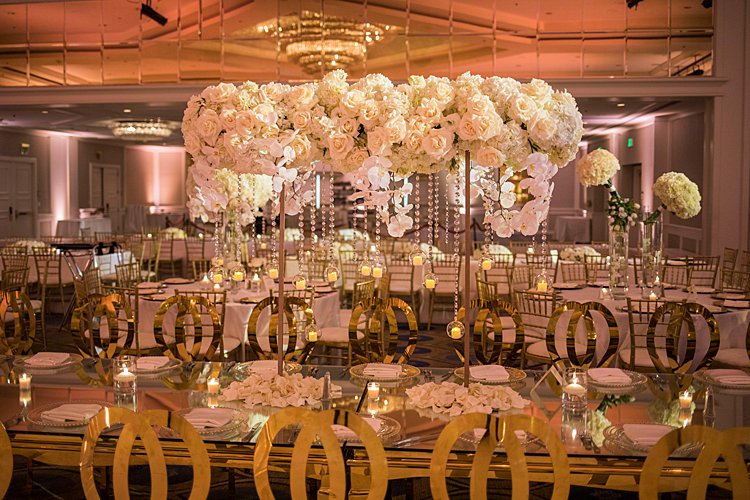 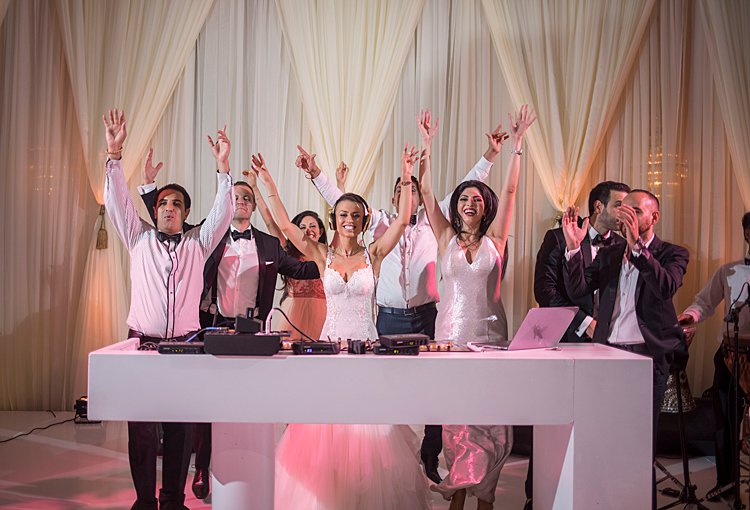 Sadaf, the bride: Two and a half years ago, Payam and I attended a mutual friend’s house party. We never talked or met at the party. After the party, a mutual friend told Payam that she thinks we may be a good match for one another.

A few days later Payam send me a message on Facebook. Since we were not Facebook friends, his message went into my spam folder. After a few months I accidently came across his message, which was upper, cute. In the message he wrote: “a mutual friend has spoken highly of you and I would like to get to know you”. It was too cute to say no. I messaged him back and we started a conversation. On June 27th 2016, we finally went on our first date and the rest was history.

END_OF_DOCUMENT_TOKEN_TO_BE_REPLACED 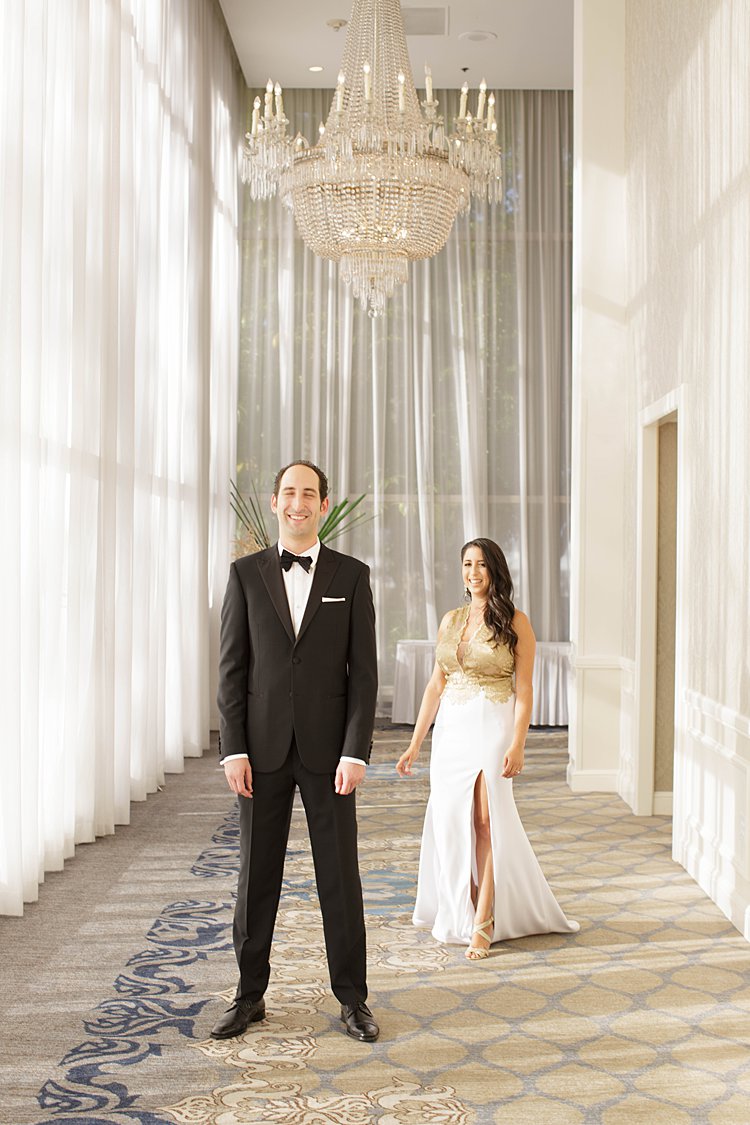 Gorgeous chuppah alert! We are completely obsessed with Tami and Phil’s asymmetrical chuppah, with sheer fabric draped over bamboo posts, and gorgeous garden flowers for extra wow factor. This chuppah is just so effortlessly elegant, and totally perfect for the couple’s Garden Glam-themed Jewish wedding.

It’s such a fantastic modern minimalist (but not too minimalist!) look. If you want a touch of florals but an ornate chuppah design isn’t your style, this is a beautiful inspiration.

It’s no wonder this day is full of fantastic touches like that: bride Tami is a co-owner of event planning and interior design business Side by Side Design (along with her twin sister!), so she knows a thing or two about planning a wedding. You won’t want to miss The Argus Image’s images of this one, from the dancing to the desserts.

We are also super touched that Tami reports she chose to submit her wedding to Smashing The Glass over other wedding blogs because she loves how we let couples tell their own wedding stories, and what a personal touch it gives. We’re totally blushing over here!

Before we turn things over to Tami, we want to mention that today is her and Phil’s first anniversary! Happy one year, guys! 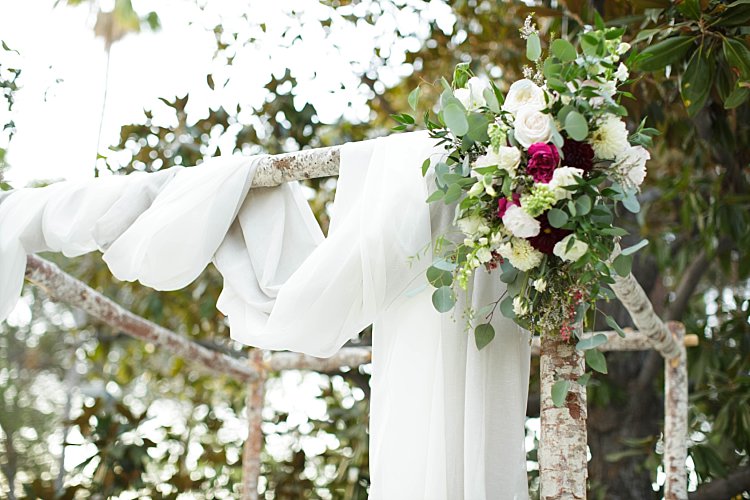 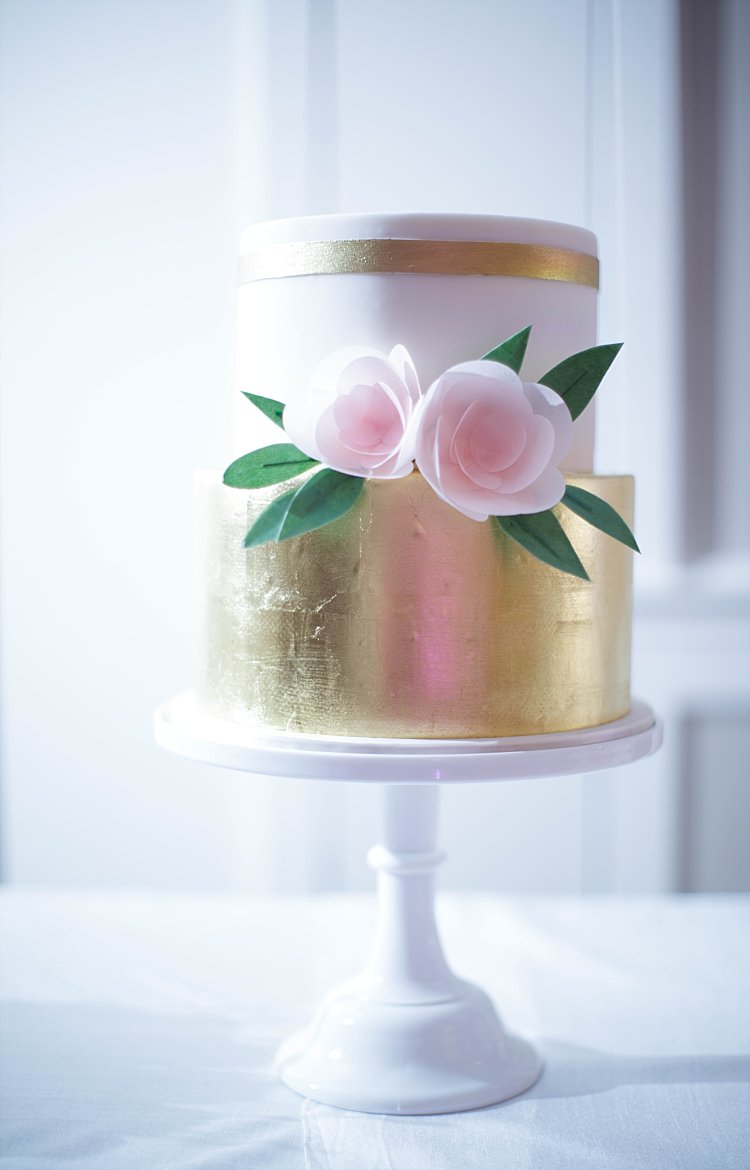 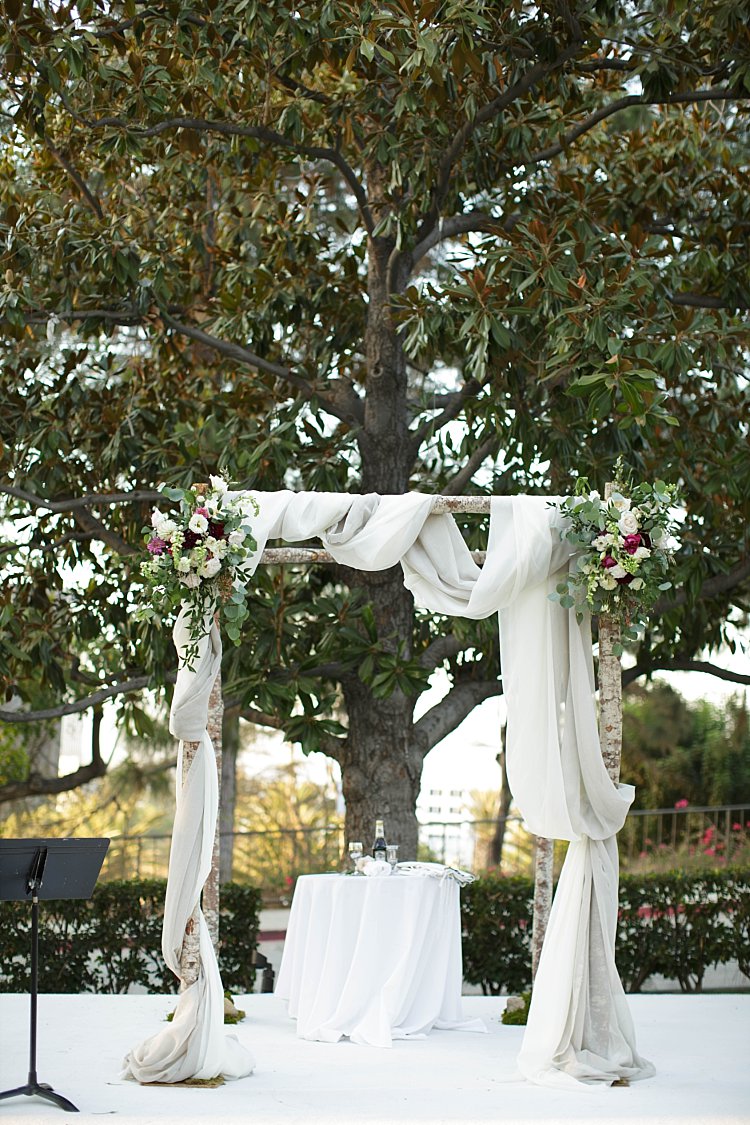 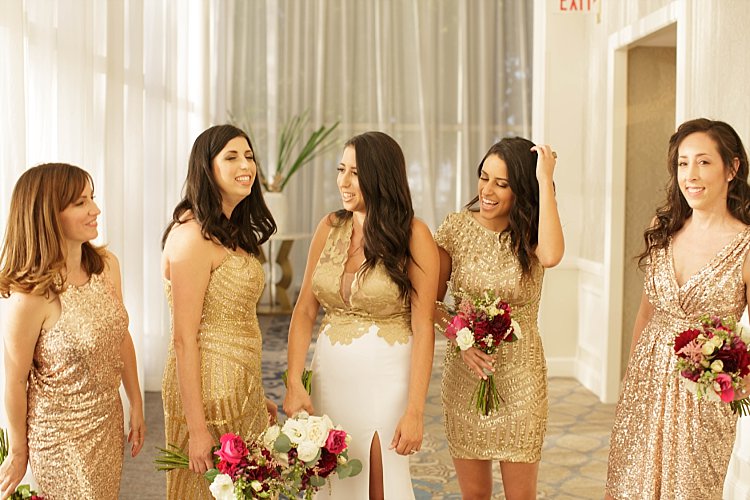 Tami, the bride: He sent me a very “cheesy” pick up line on the Hinge app, and we met up for drinks and appetizers at Black Market a few days later. Some might say we should have met long before as we both grew up in the San Fernando Valley, both went to school in Arizona (rival schools), and know lots of people in common.

I knew he was a keeper when we were walking out of the bar on our first date to get our cars from the valet. There was a bit of debris (rocks and such) outside the front door as they were doing construction on the outside patio and my shoes (which I loved and did not want to get rid) had lost all traction. I slipped, and Phil caught me… the rest is history!