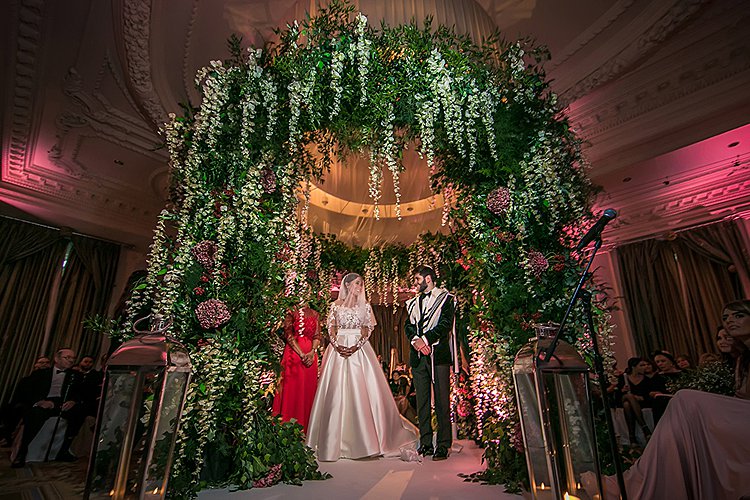 Two words: Wisteria. Chuppah. Katie and Josh’s botanical canopy is truly breathtaking – between the abundant greenery, hanging wisteria, and bunches of red berries, they created the perfect autumnal fantasia. The bride reports that she felt like she was in a botanical garden standing under the chuppah, and we can totally see why!

We also LOVE a creative idea that we’ve never seen before! A deck of Top Trumps cards at every place setting, that told the story of Katie and Josh’s engagement from proposal to tying the knot. LOVE!

And everything about this beautiful Jewish wedding is just so exquisitely elegant, and Smashing The Glass Recommended Vendor Rob Clayton could not have done a better job capturing all the lovely details – not to mention the emotion and love that radiates through every single shot! The couple picked Rob especially for his ability to capture the natural, spontaneous moments that make a wedding truly memorable, and they definitely made an awesome choice! 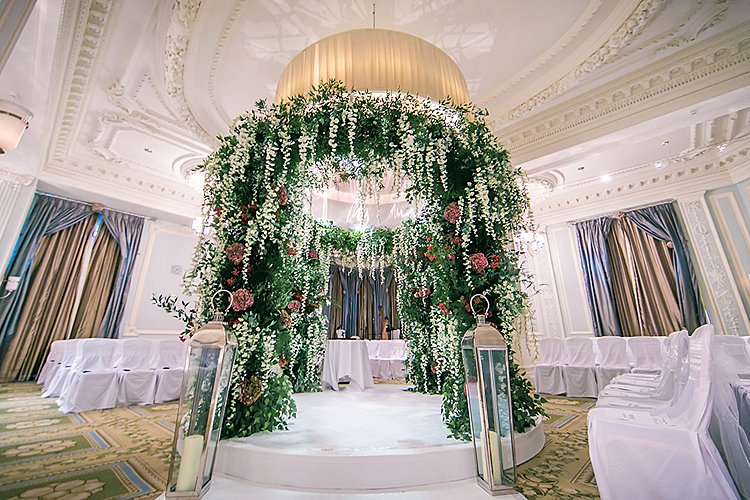 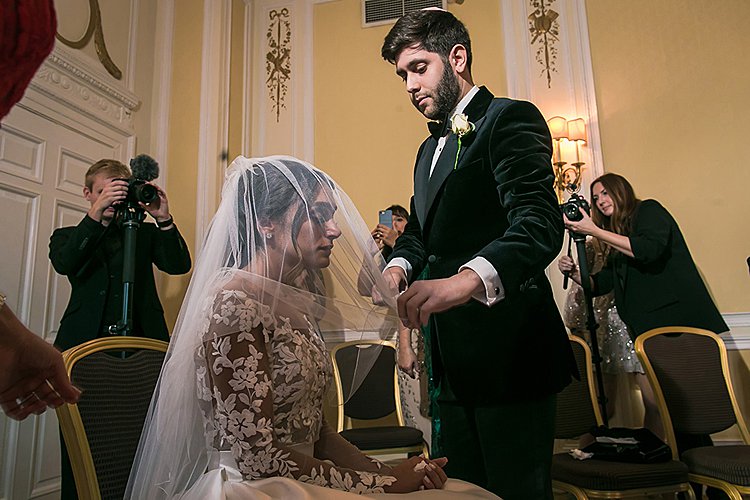 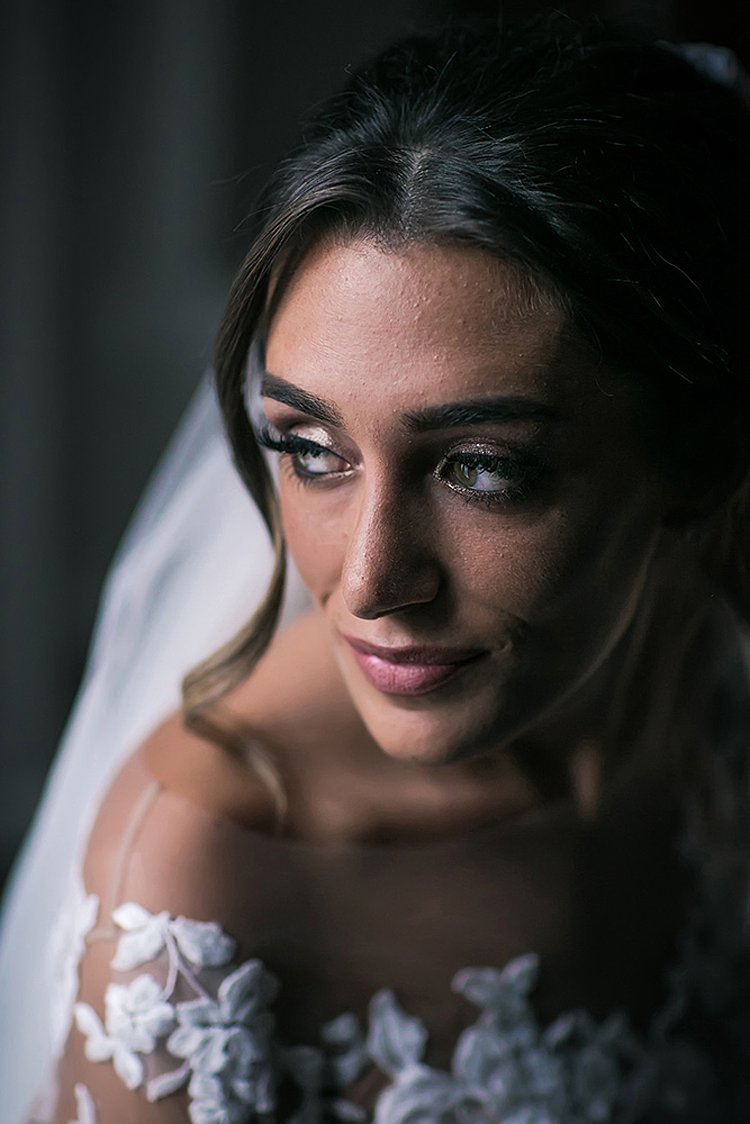 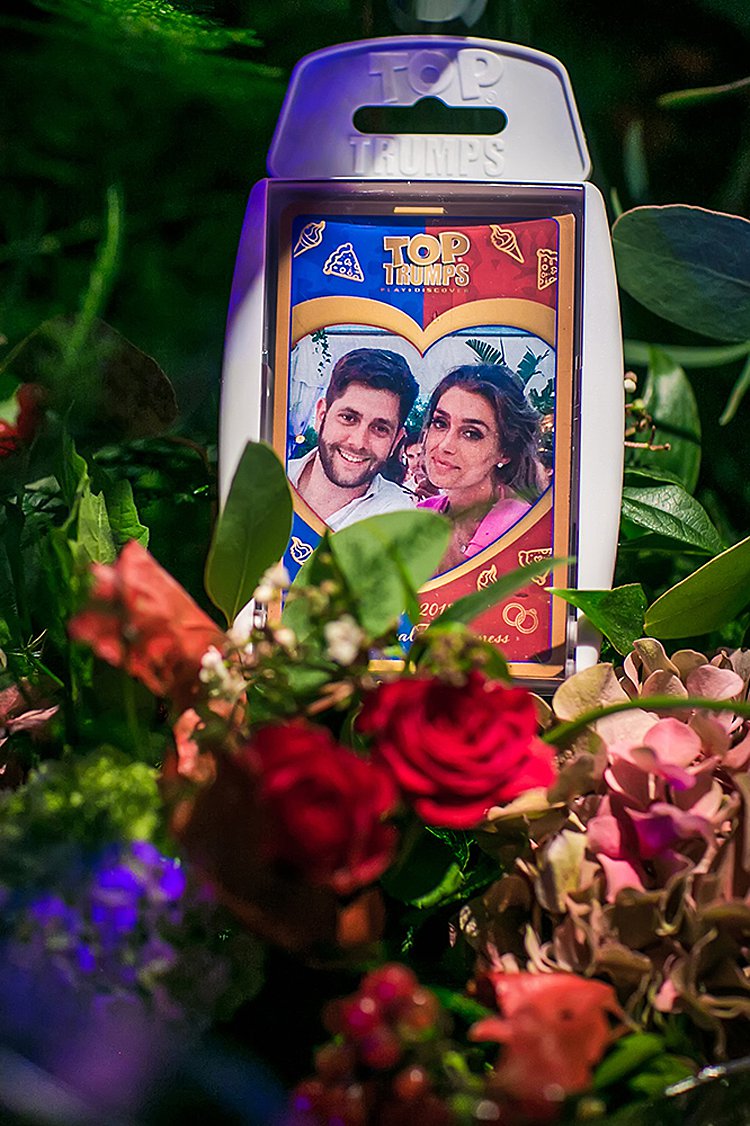 Katie, the bride: Josh and I met on J-Swipe within 3 weeks of me moving to London… the epitome of modern day romance. We planned a date for the following week, but coincidentally bumped in to each other in a bar in central London a few days before our planned date – it was beshert (and made the ‘first date’ a lot less nerve-racking)!

END_OF_DOCUMENT_TOKEN_TO_BE_REPLACED 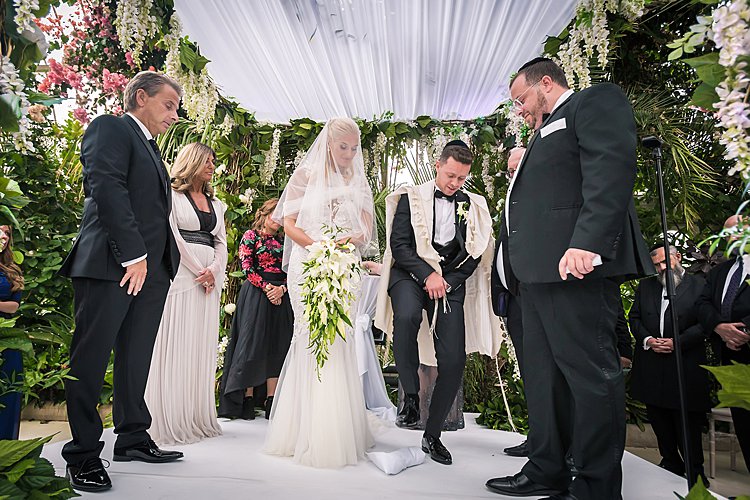 There’s not much we like better than hearing from couples that we’ve helped them plan the wedding of their dreams. So naturally we were thrilled to hear from Hannah and Jude that they booked Smashing The Glass Recommended Vendor XS Showband on our founder, Karen’s recommendation!

Hannah, soon to be qualifying as a corporate lawyer, and Jude, a sales account manager, even squeezed in one of XS’s trademark wedding flashmobs — at the start of the ceremony, after the guests took their seats, instead of the groom walking down the aisle they found themselves in the midst of a flashmob performing Marvin Gaye’s ‘How Sweet It Is’! We’re so pleased (but not at all surprised) that the couple thought their band, who kept everyone dancing ALL night long, was “incredible beyond words” — some seriously high praise!

And it’s no surprise that a wedding as fabulous as this one was planned to perfection by Smashing The Glass Recommended Vendor Qube Events and Productions, who, in addition to sorting the gold-themed dà©cor and sourcing appropriate florals to complement the palm house venue the couple report, “took all the stress off” them on the day. Can’t ask for much more than that!

And speaking of that palm house venue — it’s a seriously stunning backdrop, captured to perfection by photographer Rob Clayton and videographer Stefan of YSD Media.

Hannah, who looked radiant in her mermaid fishtail Pronovias, will walk you through the rest, from picking the perfect exotic venue (without leaving home) to selecting flower girls and pageboys from their collective 31(!) nieces and nephews to smashing two glasses – but probably not for the reason you think…

Pssst want to ensure your wedding is as memorable as Hannah & Jude’s? Then make sure you’re signed up to Smashing The Glass’ FREE online event for Jewish and Jew-ish Brides, happening this Monday 21st January – sign up here! 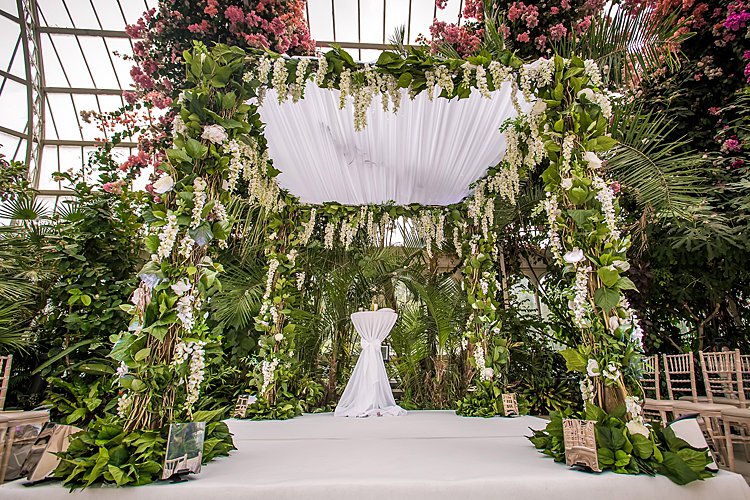 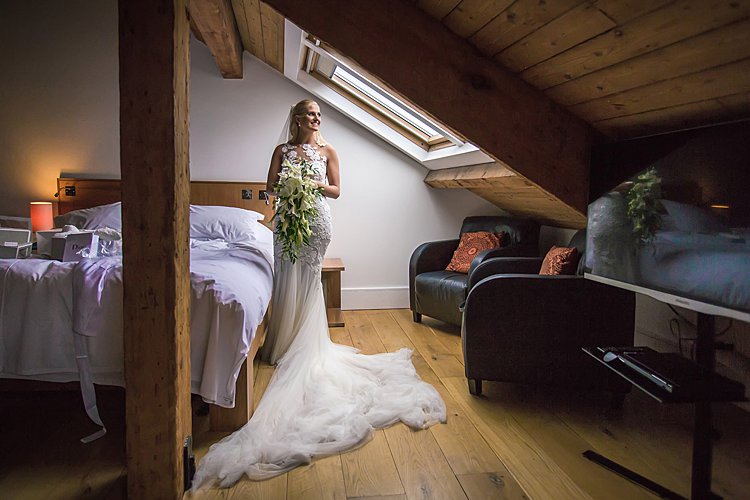 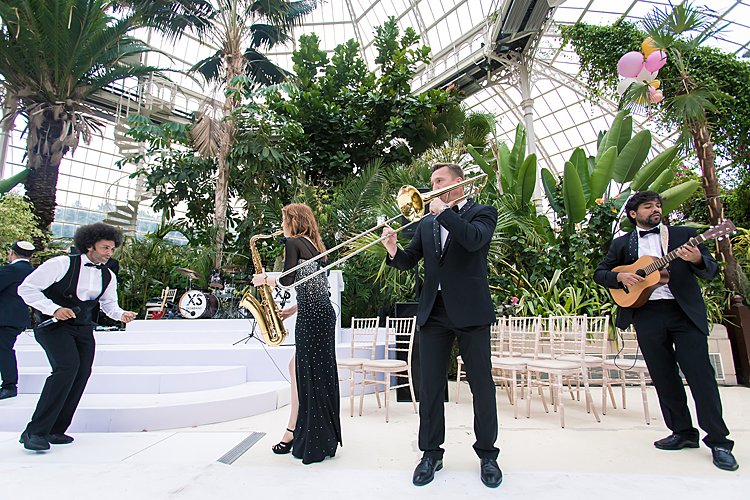 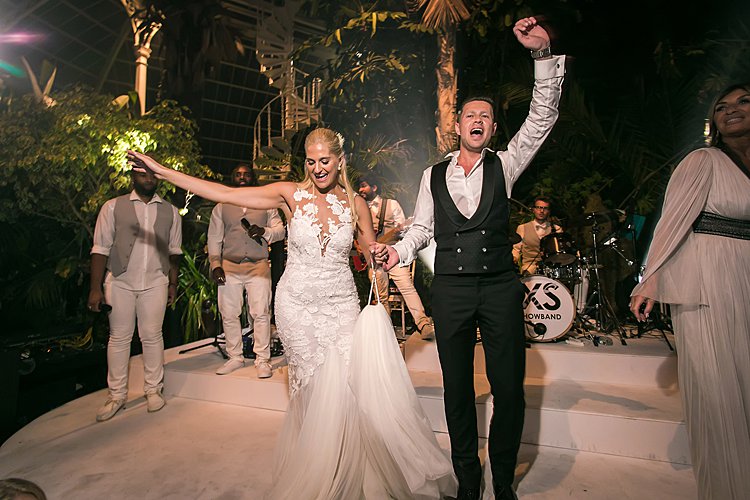 Hannah, the bride: I went to Manchester University. I grew really close with the Aish campus family, which was Jude’s brother, Benji, and his wife, Shiffy, and their children. I spent alot of time with them over 4 years and had met Jude in passing but that was it.

I lost touch with Benji and Shiffy and then bumped in to Benji in Manchester 3 years later and he said I had to catch up with them. I went to see them the next week which was when they mentioned Jude to me.

END_OF_DOCUMENT_TOKEN_TO_BE_REPLACED 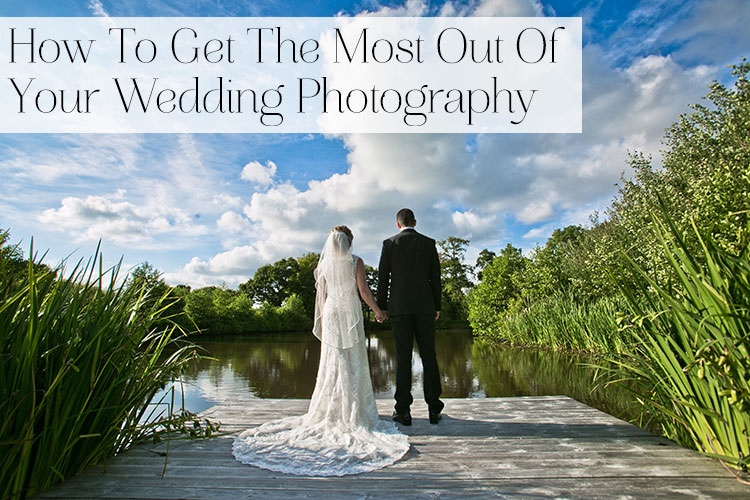 A good wedding photographer should be able to take great photographs at any event, whatever the light, and whatever the circumstances. However, there are things that you, as the bride and groom, to help ensure you get the best possible images from your day

Find a photographer whose work you love (not just like, but love!), meet up with him or her and make sure you’re the right fit for each other. And then trust them! If you love the photographer’s work, it will be much easier to trust them when they start taking unusual angles, or making seemingly peculiar requests, rather than you having to worry, ‘why are they doing that? Is that the best way to take this photograph or that? Etc’.

2. Discuss things with your photographer

Talk to your photographer about what you do and don’t like, and allow him or her to explain their methodology. This should give you reassurance on the day that there is a method and a purpose behind all their actions (which may not always be obvious).

What you really don’t want to happen on your wedding day is to have to stand around thinking about exactly which combinations of people you want in the formal photographs (especially with all your guests stood around you!). A shot-list prepared in advance will not just take the worry away, but will ensure that the formal photographs can proceed smoothly without delay. 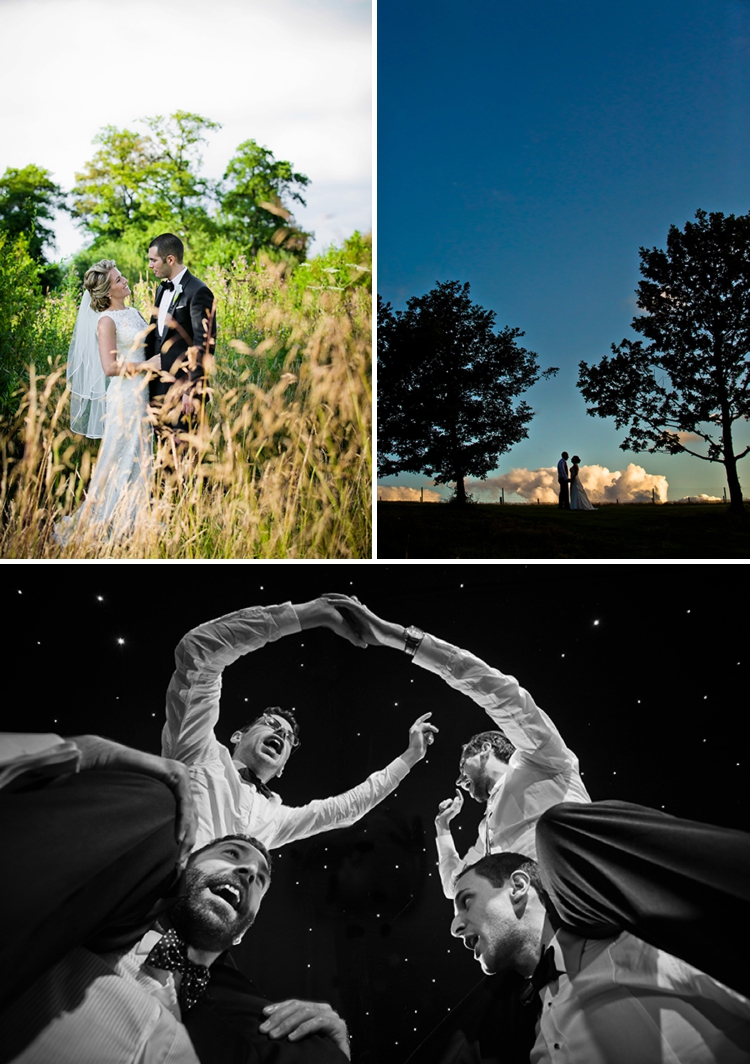 Unrealistic expectations can only ever lead to disappointment. Your photographer should be able to help guide you in this respect, but just don’t expect the impossible. For example, if you only set aside a small window of opportunity in which to take the formal family photographs, and then produce a gigantic list to get through, it may just not be possible to do them all without re-arranging the timeline (not something the chef will be prepared to do, I can tell you now!).

An example I have had personally, was a request prior to the wedding to take some pictures of the bride and groom on a beach at sunset. The wedding was in Liverpool city centre. Some expectations are just harder to achieve than others.