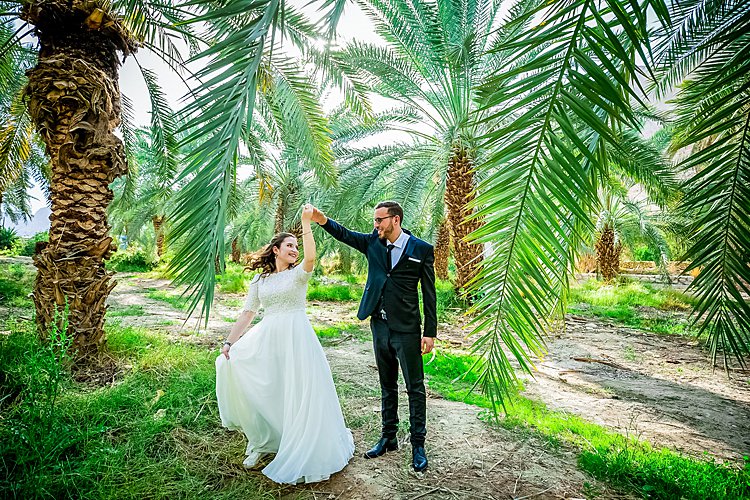 We always love hearing how couples go about choosing their Jewish wedding venues – and Eliora and Nathan’s story is just so much fun! The bride, who’s finishing up a BA in archaeology and geography at the Hebrew University of Jerusalem, and the groom, currently working as a security guard while he studies to be a tour guide, are passionate about ancient history – so much so that they knew incorporating it into their big day was a must!

Living in Israel, Eliora and Nathan are lucky enough to be close to Yericho, one of the world’s oldest cities – perhaps THE oldest, dating back over 10,000 years. So they opted to wed at The View of the Jordan in Mitzpeh Yericho. And the setting was far from the only personal touch the couple incorporated into their day: in honor of their shared commitment to Zionism, the pair opted for a blue and white color scheme, and even draped an Israeli flag under their chuppah so they could literally marry underneath it. And how sweet is it that Nathan played guitar himself to accompany Eliora’s walk down the aisle?! We can’t get over all the joy and emotion spilling out of each and every one of Herschel Gutman Photography’s incedible images.

These two also happened to get married in early March 2020, just as Israel was tightening up its COVID-19 restrictions – literally, new regulations were issued DURING the celebration. Lucky for Eliora and Nathan, that means they just squeaked by without having to make major modifications to their big day, though they did place hand sanitizer, gloves and wipes on every table as a precaution. 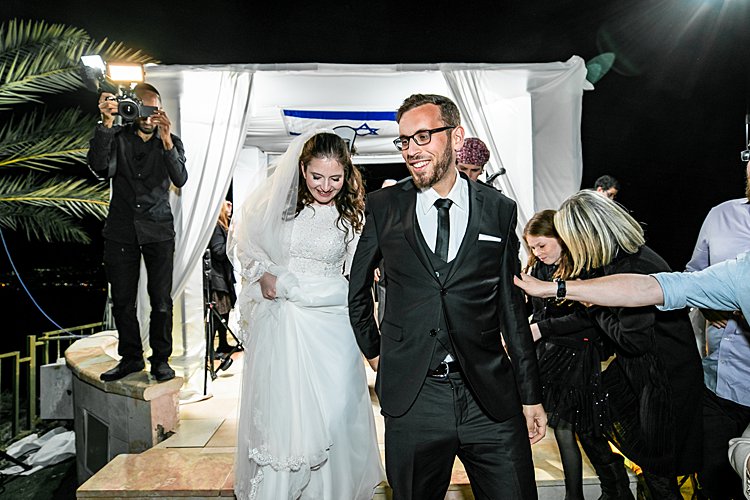 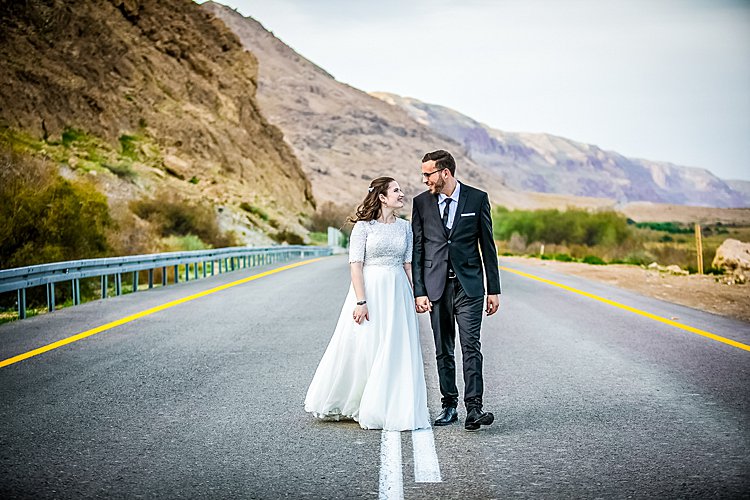 Eliora, the bride: The hall we got married in is called The View of the Jordan in Mitzpeh Yericho. We chose it due to the location, close to Jerusalem where most of our family and friends would be arriving from. In addition I study archaeology and I wanted a hall near an ancient city, and there is no older city than Yericho, dating back about 10,000 years – in most academic circles it is considered the oldest city in the world. END_OF_DOCUMENT_TOKEN_TO_BE_REPLACED