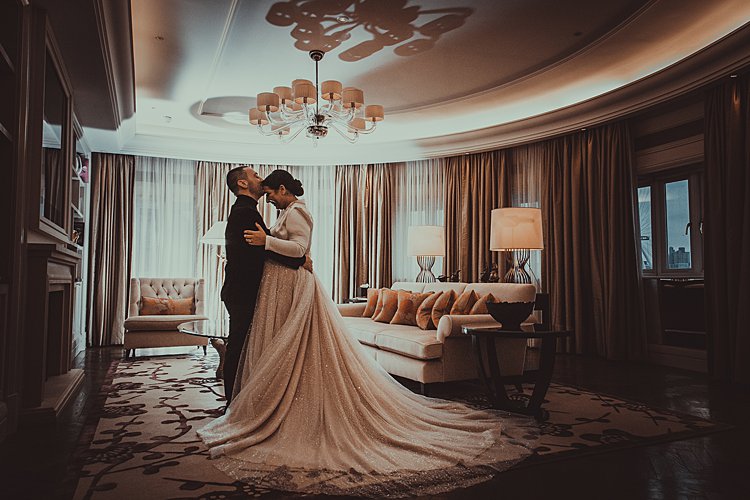 Welcome to the glorious winter Jewish wedding of Smashing The Glass Brides Club member Rebecca, an event coordinator, to groom Danny, a plumber.

In addition to an absolutely mouthwatering menu (HOW delicious do Chiko Photography’s incredible captures of the food look?), we love the fact that, in memory of a close friend, they opted not to have any flowers at the wedding, and instead to donate the money they would’ve spent to Chai Cancer Care. Not only is this incredibly moving, the alt décor they came up with – focused on candles and tealights for the tables – looks so good we’d hardly even have noticed the absence of flowers if they bride hadn’t brought it to our attention!

We’re also in love with Rebecca’s perfect wintry glam bridal look, with a dreamy longs-sleeve gown by Anna Georgina and impeccable makeup by Smashing The Glass Recommended Vendor Susan Yates – who Rebecca praises for taking the time to understand each bride’s preferences AND, crucially, her skin type as well.

Now over to the bride! 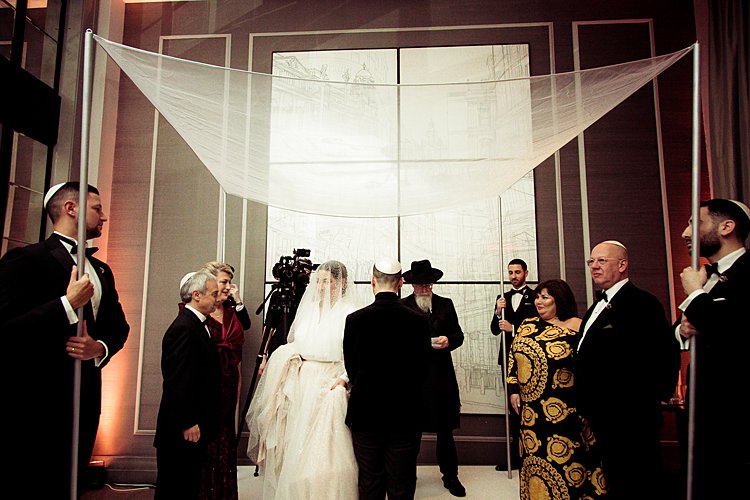 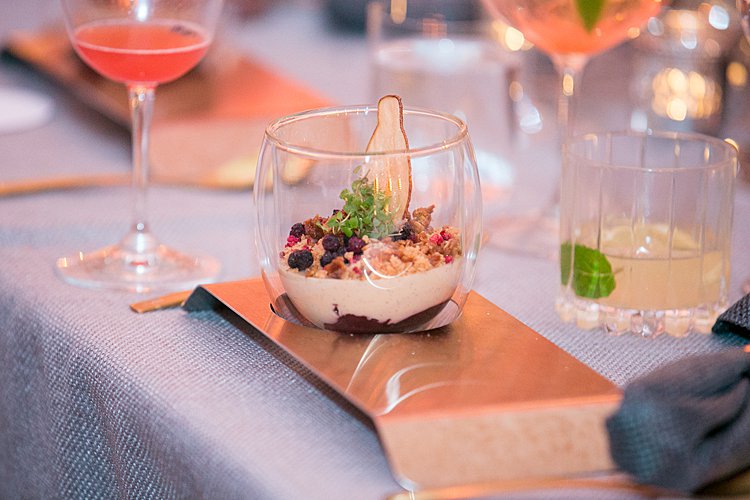 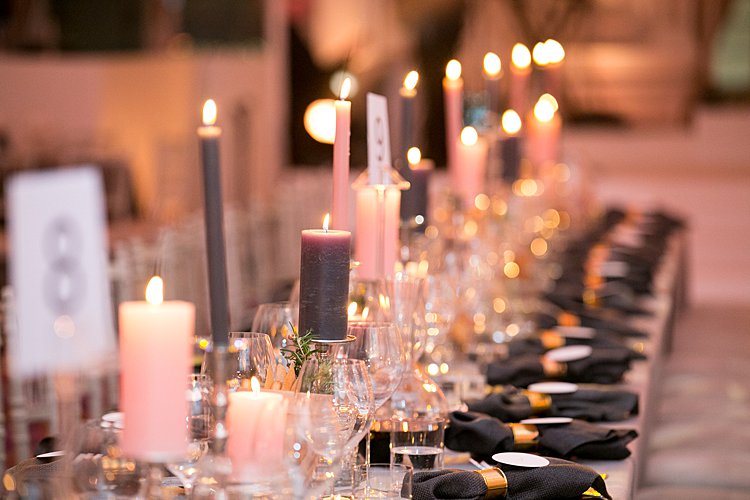 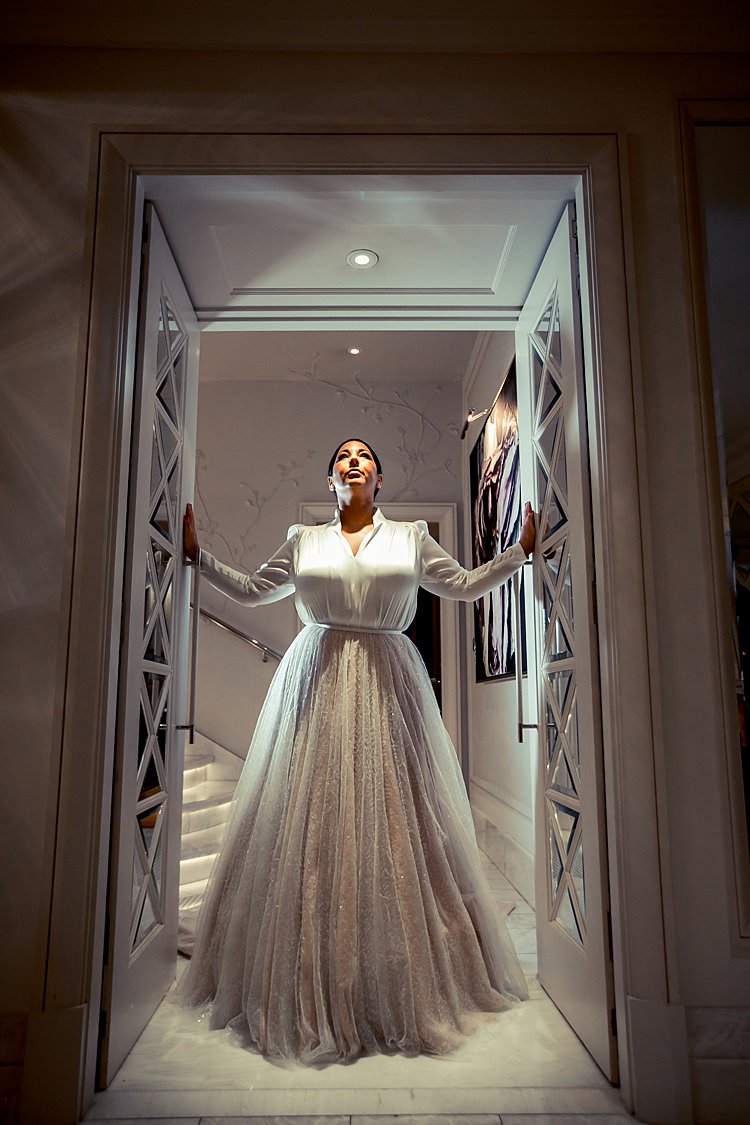 Rebecca, the bride: We got married at Corinthia, London – working in events I wanted to choose somewhere that a) I haven’t worked at a lot, I didn’t want to associate my wedding with work and b) somewhere totally luxurious. I may work in hotels, but I don’t often stay at them, so I checked in the day before with just my siblings and parents, it was such a treat and we had the best time just the six of us.

END_OF_DOCUMENT_TOKEN_TO_BE_REPLACED 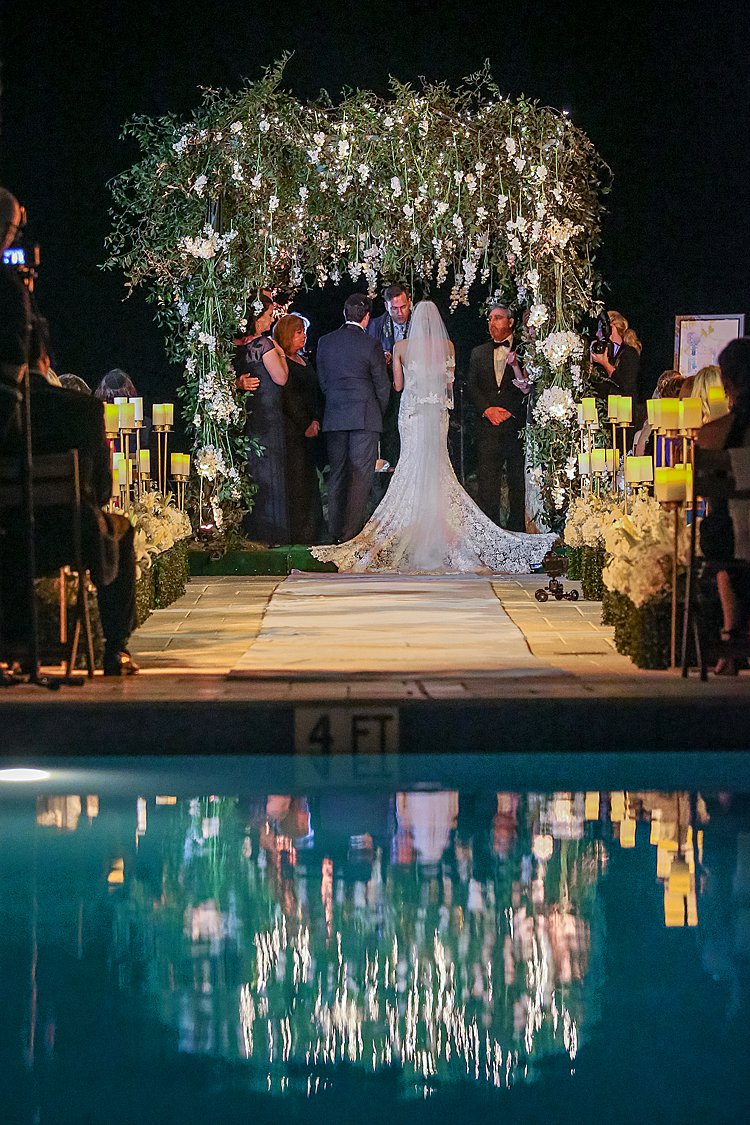 This mega-chic Jewish wedding is so picture perfect, between the dreamy Palm Beach setting and the jaw-dropping florals (have you seen that chuppah?!) you’d never guess that it almost didn’t happen. Brett, a social worker, and Dakota, who works in real estate, had to cancel their original wedding date at the last minute when their venue closed due to a Category 5 hurricane. Luckily, they were able to reschedule — with ALL of their original vendors, no less. How fabulous is that?!

But this wedding is so much more than its dramatic origin story. We ADORE Brett’s guipure lace gown by Pnina Tornai, which she custom designed alongside Pnina herself at Kleinfeld. It’s sexy without going over the top, and could it fit Brett any more perfectly?!

We’re also pretty smitten with the florals, courtesy of Lane of Dalsimer Atlas. The couple gave him more or less free reign over the flowers, and it turns out that was an excellent call.

Their floral chuppah is just the dreamiest, lush and romantic as can be. And we love the ultra-creative multilevel tabletop dà©cor setup Lane came up with! Check it out for yourself in Emily Harris Photography and Senderey Video Productions’s fantastic captures of the day. 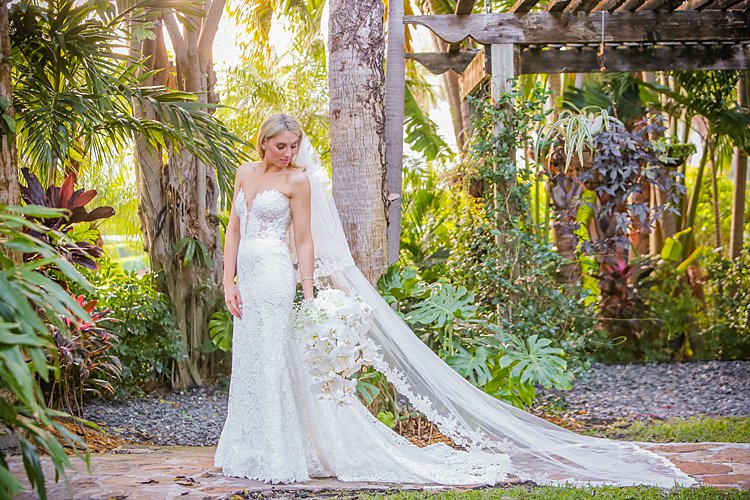 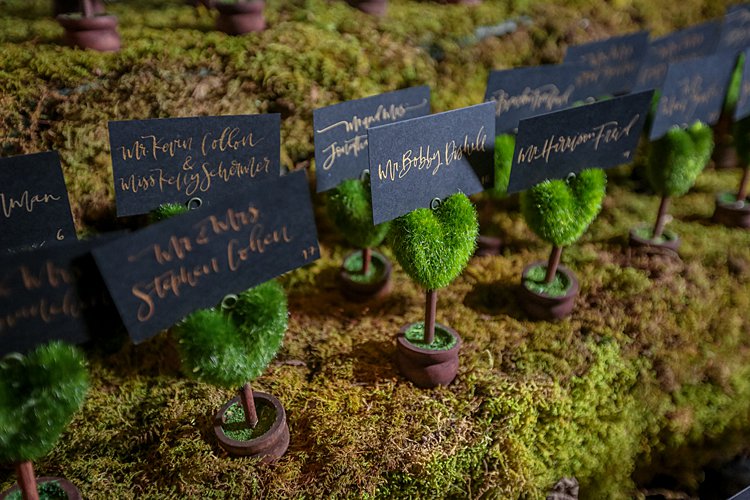 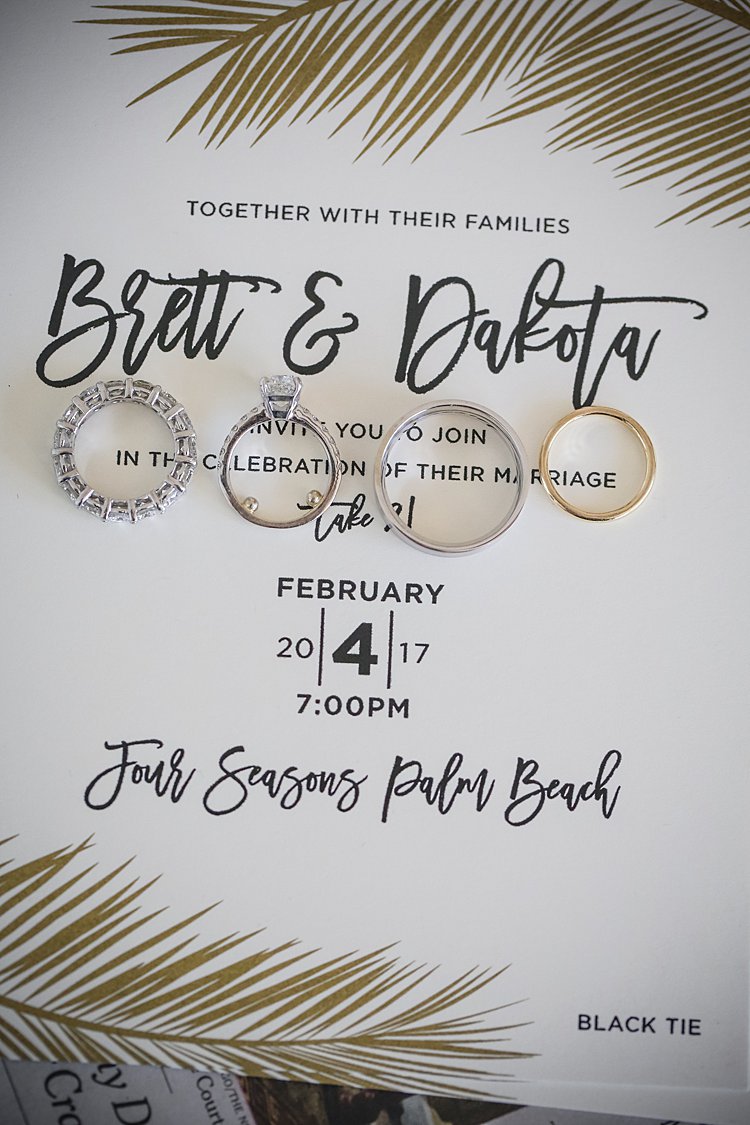 Brett, the bride: We met in college at the University of Michigan-Ann Arbor (Go Blue!!) and have been together very, very happily ever since!

END_OF_DOCUMENT_TOKEN_TO_BE_REPLACED

We see a lot of beach weddings at Smashing The Glass, but this one really goes all out with the seaside theme! NYC-based Jessica (@jessschein) and Evan (@evanschein) wanted to get married in Montauk in the Hamptons, their go-to weekend getaway from their hectic lives in the city. They chose Gurney’s Montauk Resort & Seawater Spa for its extraordinary views of the ocean — and the stunning sunsets over the water. Totally stunning, right?!

Jessica and Evan wanted to keep their day open, airy, and focused on the gorgeous setting. To complement their surroundings, the pair opted for a very nautical white and navy blue color scheme.

You’ve got to check out their out-of-this-world” blooms all in white — there’s something so dramatic about keeping the flowers to a single color.

And Jessica and Evan’s chuppah for their outdoor ceremony continued the theme — light and airy, it was adorned with the most beautiful white flowers — hydrangeas, orchids, and more — with sheer white side panels, so as not to interfere with the ocean view in the background. Doesn’t it look romantic against that backdrop?

Photographer A Day of Bliss did a wonderful job documenting the day, and the couple sing their photographers’ praises not only for their flawless shots but also for being fantastic to work with on the day. Videographer Keith Brady Media captured the feel of the day perfectly too!

Jessica looked so elegant in her lace fit-and-flare Vera Wang gown, with an exquisite long train. She and Evan wanted their day to be sophisticated and chic with modern flair, and it really was. Now over to the bride…

Jessica, the bride: “I am so happy my teacher is going to be my Aunt!” — (Evan’s 8-year-old niece, and yes, Jessica’s former preschool student) said, the night Jessica and Evan got engaged.

Our story began in October 2012, on a little known dating site, called JDate.  However, I was already part of Evan’s family — he just did not know it yet!

I came across Evan’s profile, and after going back and forth with the usual 21 questions, we realized it was a very small world.  It turned out that I was a preschool teacher at the school Evan’s niece attended.  But wait, there’s more… Evan’s niece did not just go to the preschool where I taught, I was actually Evan’s niece’s teacher — 2 years earlier!

Evan told me that he needed to get his niece’s approval before committing to a date. (I thought to myself that the chance of going on their first date lay in the hands of a 4-year-old!) As it turns out, I got an A+ rating, his niece saying, “Miss Jessica was the best teacher ever!” This was a fact confirmed by Evan’s brother and sister-in-law, who later admitted they always wanted to set me up with Evan. The rest is history!

END_OF_DOCUMENT_TOKEN_TO_BE_REPLACED 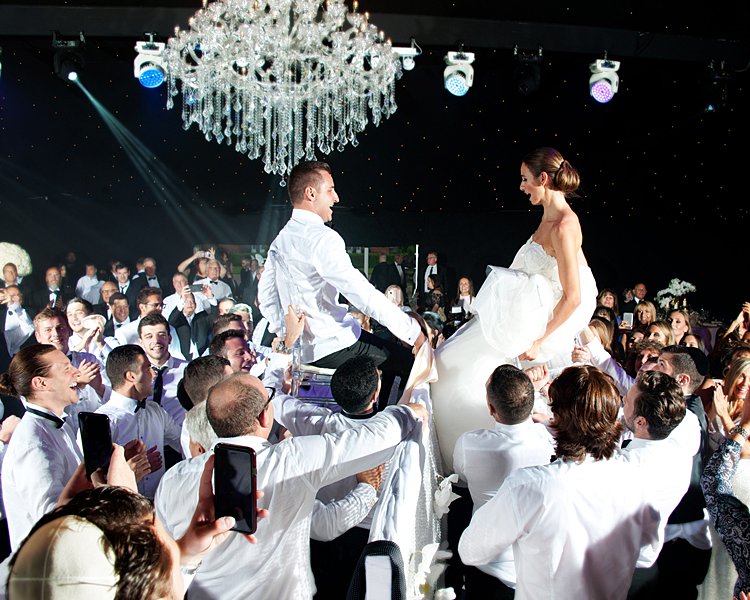 Oh my goodness, this is one elegant Jewish wedding. Lauren who works in public relations, and Ross, a chartered surveyor, wanted the day to reflect all the best elements of a classic English wedding with a contemporary twist.

The couple chose Smashing The Glass Recommended Vendor Jenna Keller as their wedding planner (who is offering an exclusive 10% discount to all our VIB Club members!) and she helped them bring their super glam vision to life at Capesthorne Hall, a beautiful stately home in Cheshire.

We just love a floral chuppah, and Jenna came up with just the chicest variation! Lauren wanted something unique but not over-the-top, and the refined white floral canopy atop translucent poles set against the all-white marquee fits the bill exactly. It’s contemporary while embracing tradition, sophisticated and refined, just like the rest of this wedding.

Planner Jenna pointed the pair toward their wonderful photographer, Robert Shack. He did an amazing job of capturing their glamorous day, and videographer Rebecca Reville caught the festivities in live action.

Speaking of things that are glamorous, isn’t Lauren’s lace gown exquisite? It fits her like a glove, and that train! She found her Carolina Herrera stunner at yet another fabulous STG Recommended Vendor The Wedding Club in London–but she almost missed out on the dress of her dreams. At the end of a long day of shopping, Lauren was ready to call it quits after having found solid gown options at the first three of four appointments she had scheduled.

Her mum encouraged her not to cancel that final appointment, though, and luckily Lauren listened, because the very first dress her Wedding Club stylist brought out for her turned out to be the one. This goes to show that it’s always worth taking the time to check out that one last shop (or venue, or any vendor really), because you just never know where you’ll find the one! Now over to the bride herself . . . 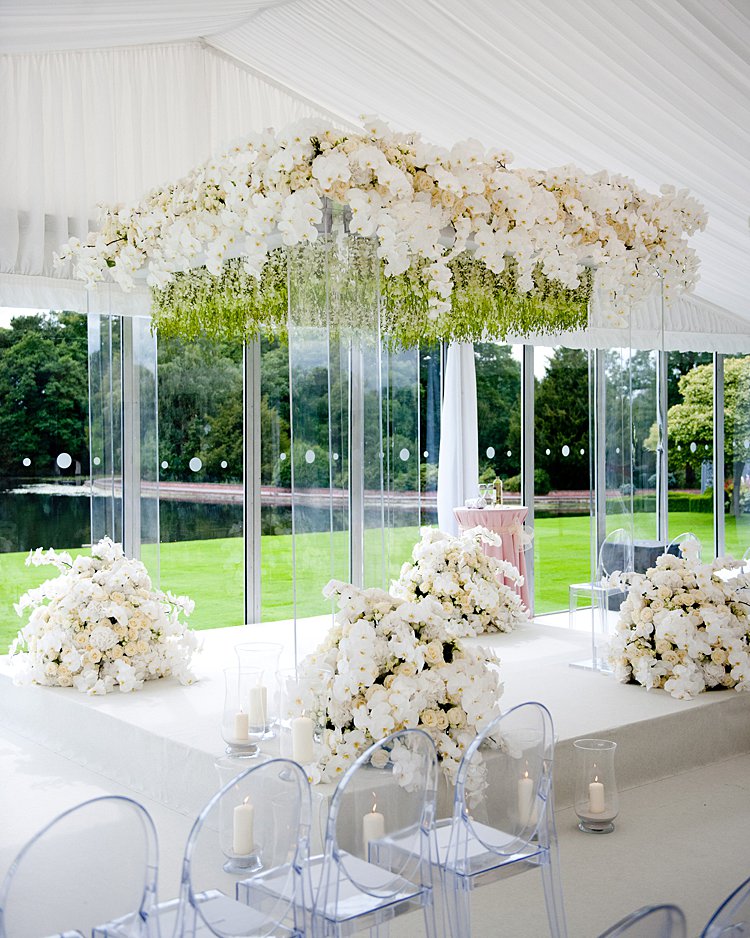 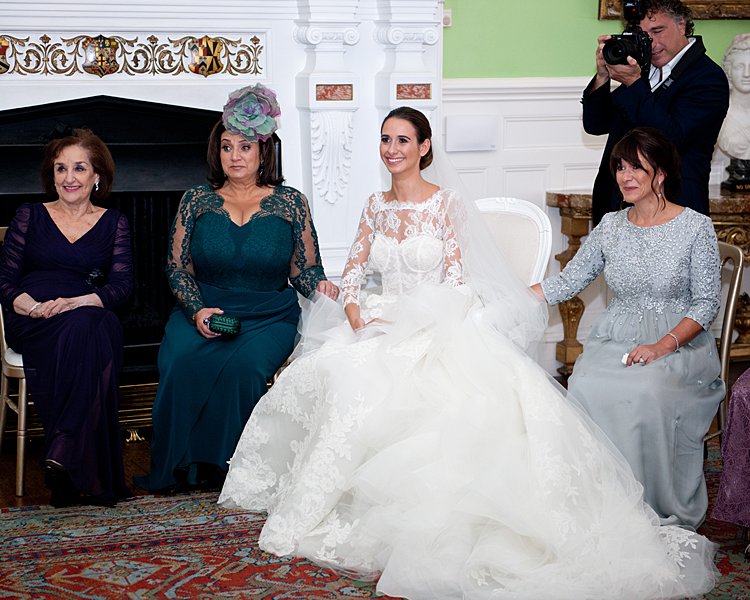 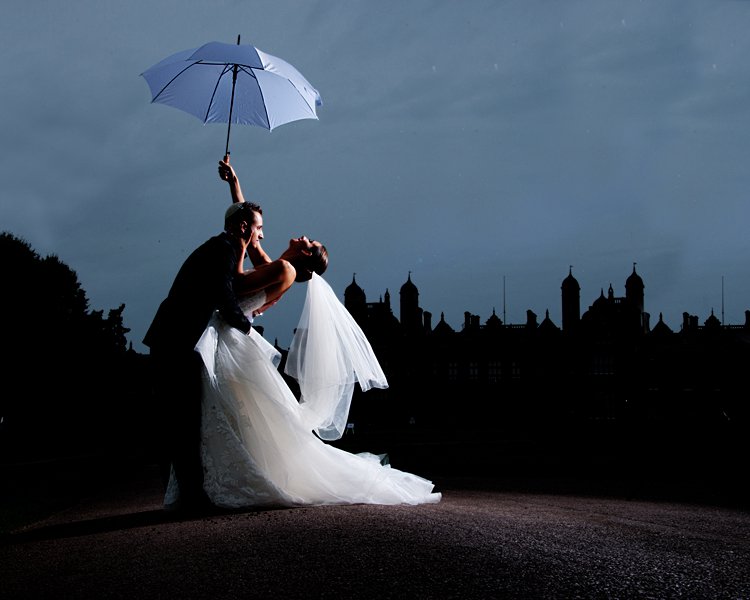 Lauren, the bride: We first met at Habonim Dror Winter Camp in 2007 when we were both camp leaders. I remember getting on so well; however nothing romantic happened at the time!

We met again in 2011 at Birmingham City University. We were both in the same halls and decided to join forces for drinks one night during freshers’ week. We have been together ever since! END_OF_DOCUMENT_TOKEN_TO_BE_REPLACED 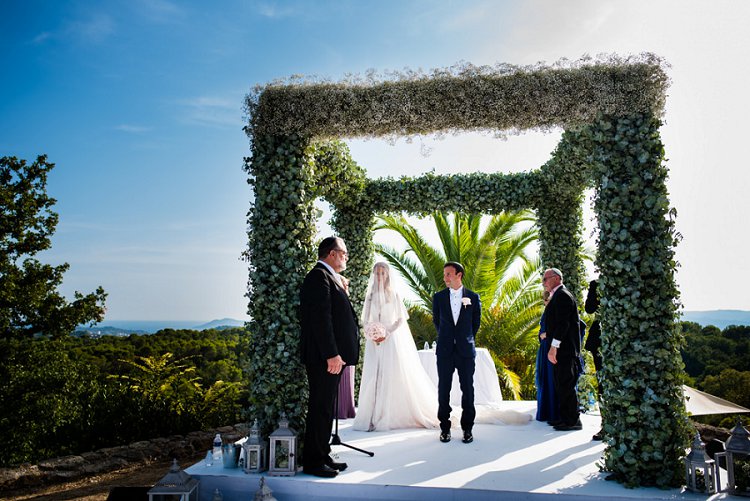 WOW!! We’re not in the habit of rating people’s weddings, but if we were, Hannah and Andrew’s stunning, rustic South of France Jewish wedding is clearly 1000/10!

First of all, just LOOK at what you can achieve with eucalyptus and baby’s breath – that chuppah is the stuff of dreams! Set against THAT view, it really doesn’t get more breathtaking. The region had special significance to the couple, who both spent childhood holidays in the South of France, and got engaged there just one year earlier.

Nutritionist Hannah carried the Provence herb theme throughout the wedding, decorating the tables with explosions of herbs and candles. How romantic does that sound?? And just imagine how heavenly the room smelled… ahh, we almost feel like we were there.

The happy couple partied so hard their reception was shut down by the police – what a story to tell the grandkids! That’s making the most of it and then some.

Hannah stunned in her beautiful lace-sleeve gown by Legends Romona Keveza purchased at none other than phenomenal STG Recommended Vendor, The Wedding Club.

Superstar photographer David Pullum, an epic talent and another much-loved Recommended Vendor whom we simply ADORE, captured the day with aplomb, as did videographer – Airsnap, creating the stunning highlights reel below.

It’s Hannah’s turn to take over the blog for all the juicy details of her and Andrew’s big day; we fell madly in love with the entire celebration, and we just know you will too! 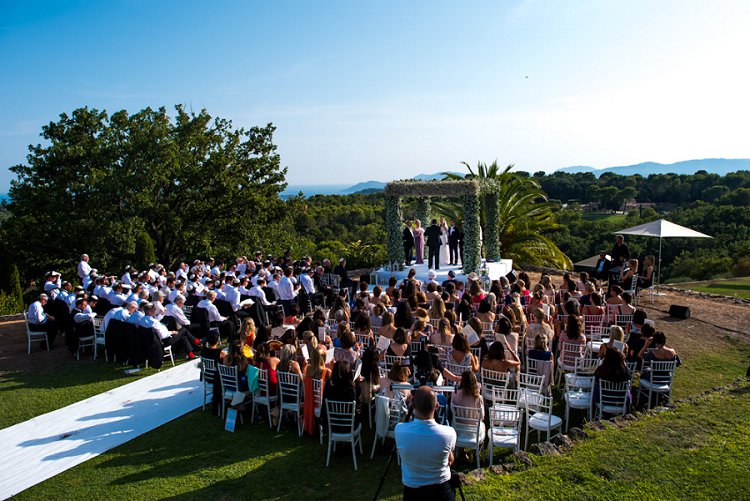 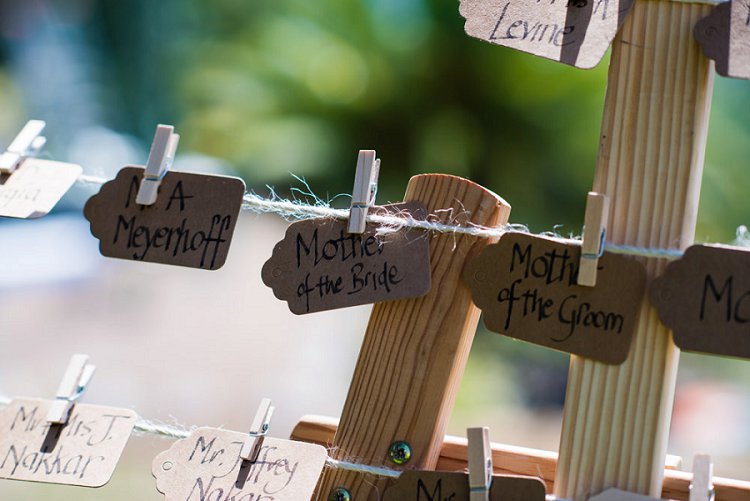 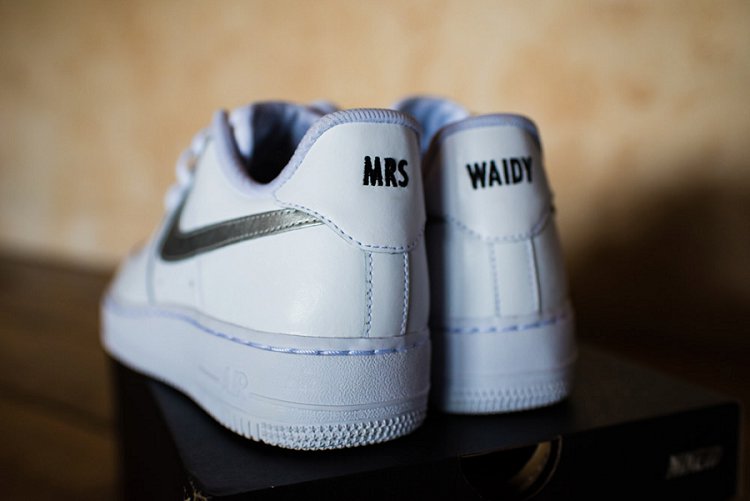 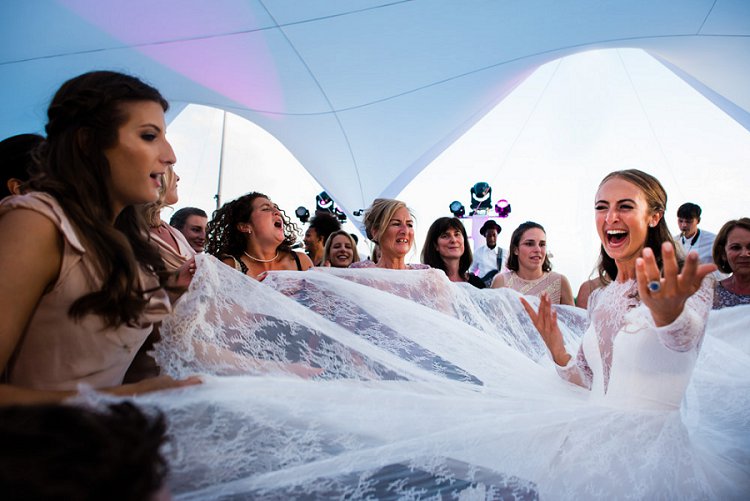 Hannah, the bride: We met in the back of a black taxi after a night out five years ago, and the rest is history!
END_OF_DOCUMENT_TOKEN_TO_BE_REPLACED