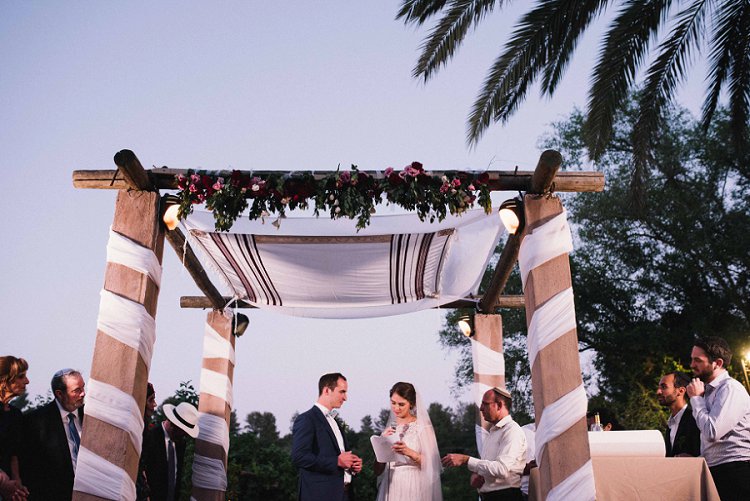 We are totally in love with Esther and Yoni’s magical forest wedding venue, Neot Kdumim, which we’ve featured before on STG. Saying “I do” under the stars just sounds too dreamy and romantic — we can’t even!

Beautiful bride, Esther, couldn’t decide between a beautiful BHLDN number and a vintage lace boho gown by Mordechai Avraham – so she chose both! We are very much on board with this decision, and it perfectly tied together their laid-back-meets-formal vibe.

Esther accented the bohemian vibe with natural-look makeup and fresh flowers in her hair, making her the walking centerpiece of the whimsical forest wonderland. Guests were also adorned with flower crowns, which doubled up as favors, making everyone who attended a living part of the dà©cor. Divine!

Surrounded by natural beauty, Esther and Yoni kept things simple, with sweet floral accents adorning the chuppah and a much bigger focus on their egalitarian, highly personalized Jewish ceremony. We love these priorities, and it’s no secret that we’re always huge fans of consciously gender-equal weddings.

Phenomenal photographer, and much-loved Smashing The Glass Recommended Vendor, Ben Kelmer, captured the story of the day, and was met with absolutely glowing praise by the happy couple and their families. Looking over the stunning spread of images below, it’s easy to see why.

The vibe was also beautifully captured in the spine-tingling wedding video below, provided by Studio Polly.

It’s Esther’s turn to take over the blog to tell us all about her and Yoni’s unbelievably beautiful big day. Take it away, Esther! 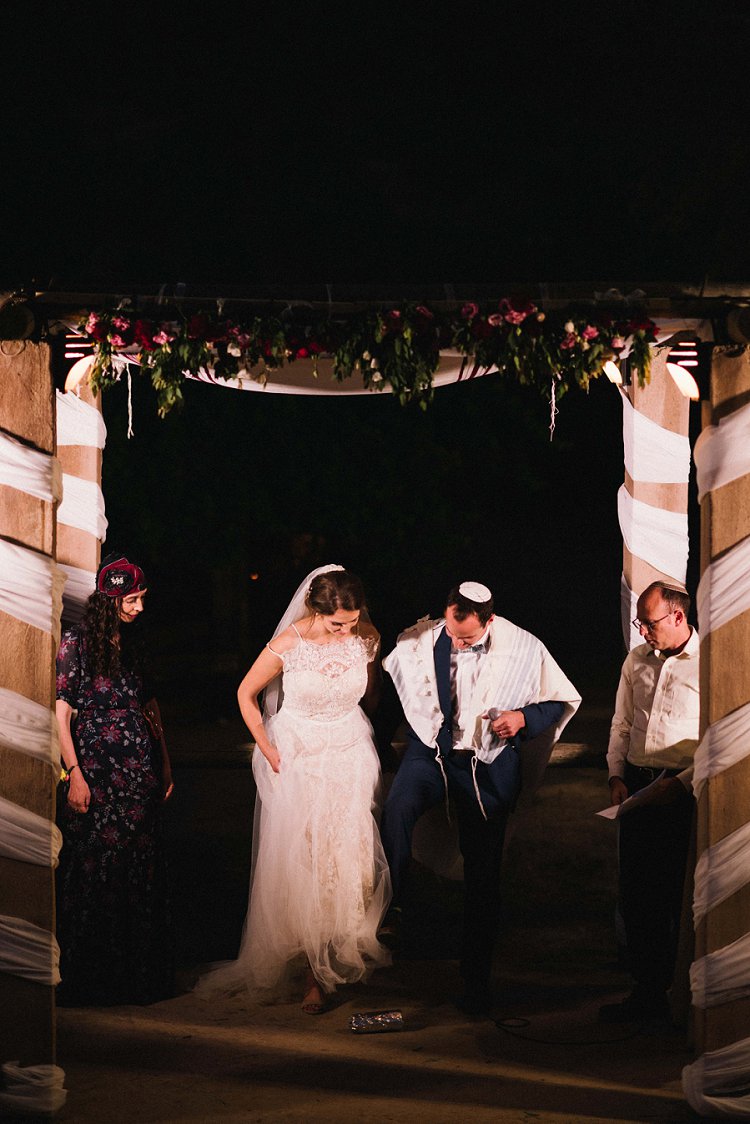 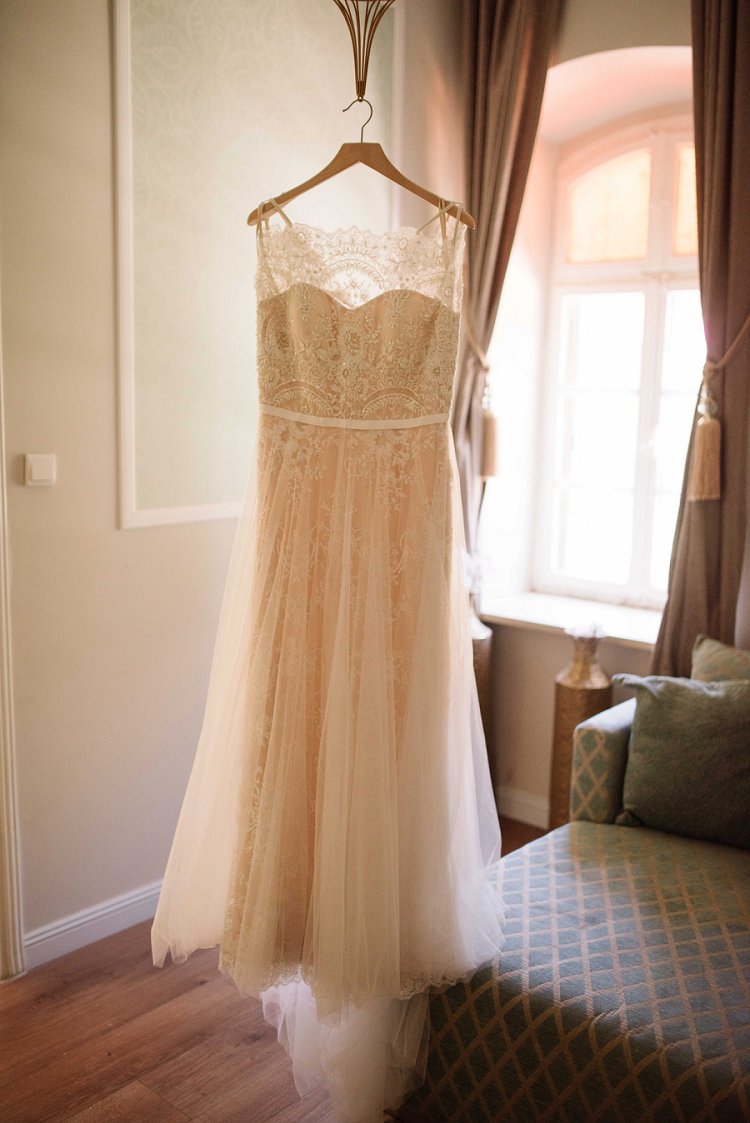 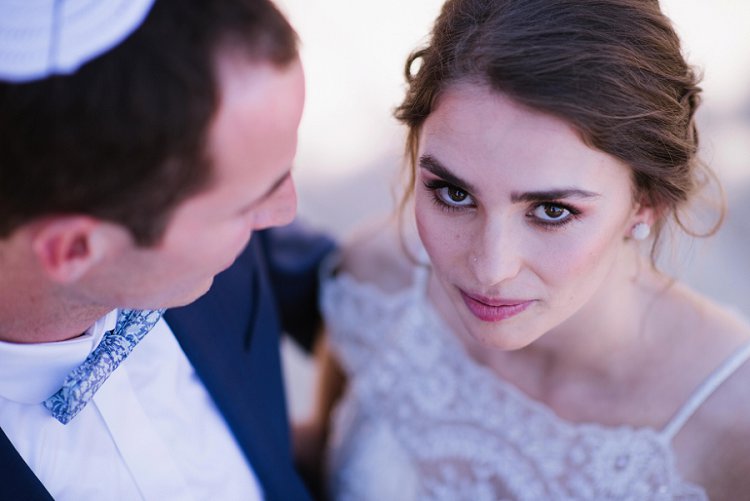 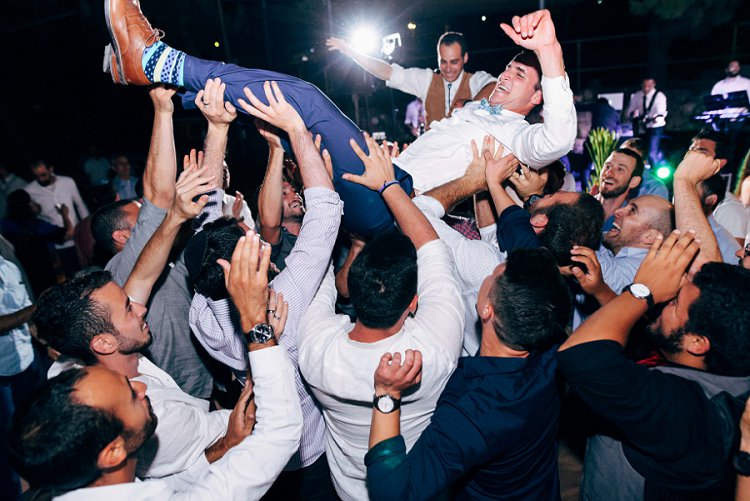 Getting married under the stars

Esther, the bride: We got married in Tzel Hadumim; the wedding venue in Neot Kdumim. We wanted a place that was relaxed and fun, but also worked with the more formal direction our families were into, and this place perfectly combined the best of both worlds.

I also really wanted to get married outside and not in a hall. Tzel Hadumim has all the amenities of a hall, but it’s in the middle of a forest, under the stars. We also live in Jerusalem and it was only 40 minutes away, so it was pretty convenient.
END_OF_DOCUMENT_TOKEN_TO_BE_REPLACED