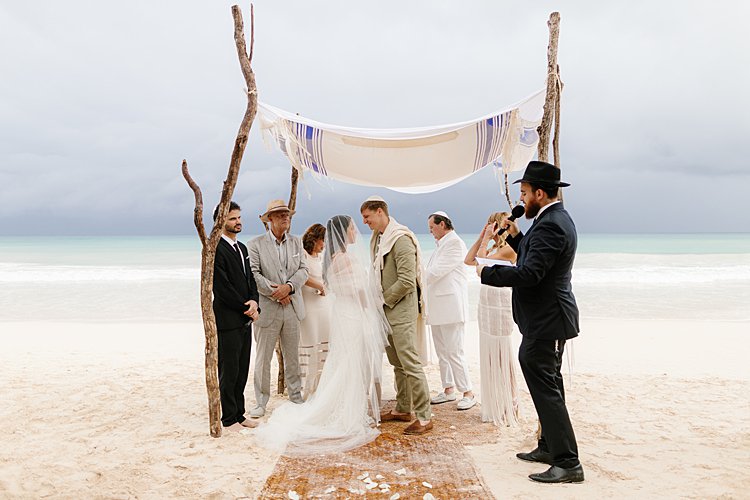 There’s nothing like a Jewish wedding on the beach, and Julia and Nick’s minimalist celebration in swoonworthy Tulum, Mexico, ticks all our boxes and then some.

First off, we love that these two knew they’d stumbled onto something special with their venue – I mean, can you believe that beach?! – and decided to keep a low profile with their décor so as to let the surroundings speak for themselves. They stuck with mostly natural materials and native flowers, greenery, and pampas grass (with the exception of some prominently placed protea flowers in a nod to the couple’s shared South African roots).

And we’re totally obsessed with Julia and Nick’s simple but stunning chuppah, consisting of nothing more than natural driftwood-esque branches and the couple’s grandfathers’ talitot. Against the backdrop of the ocean, does it ever make an impact! Don’t miss the incredible photos from Someplace Wild Photography.

We’ll let the bride, who looked so beautiful in her lace gown from Allison Webb, fill you in on the rest… 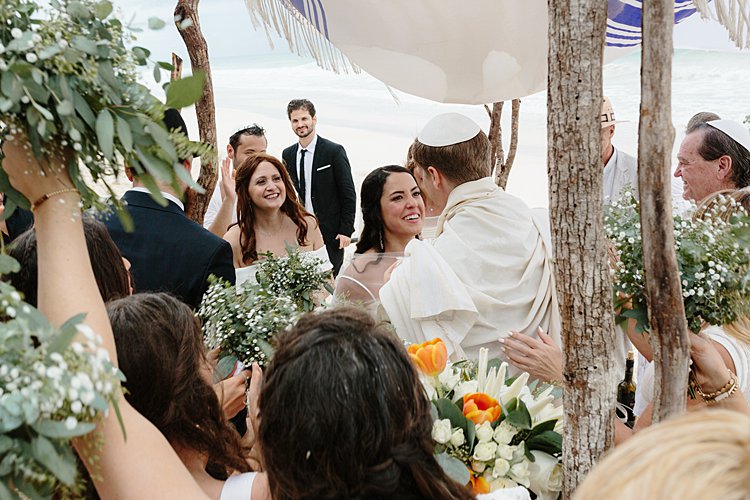 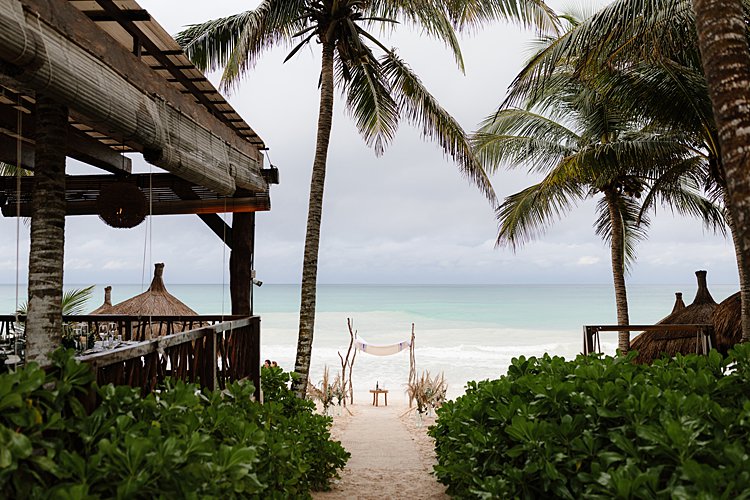 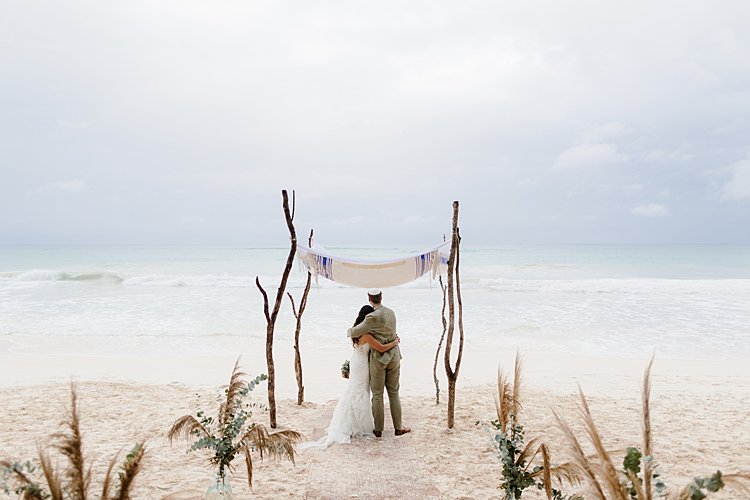 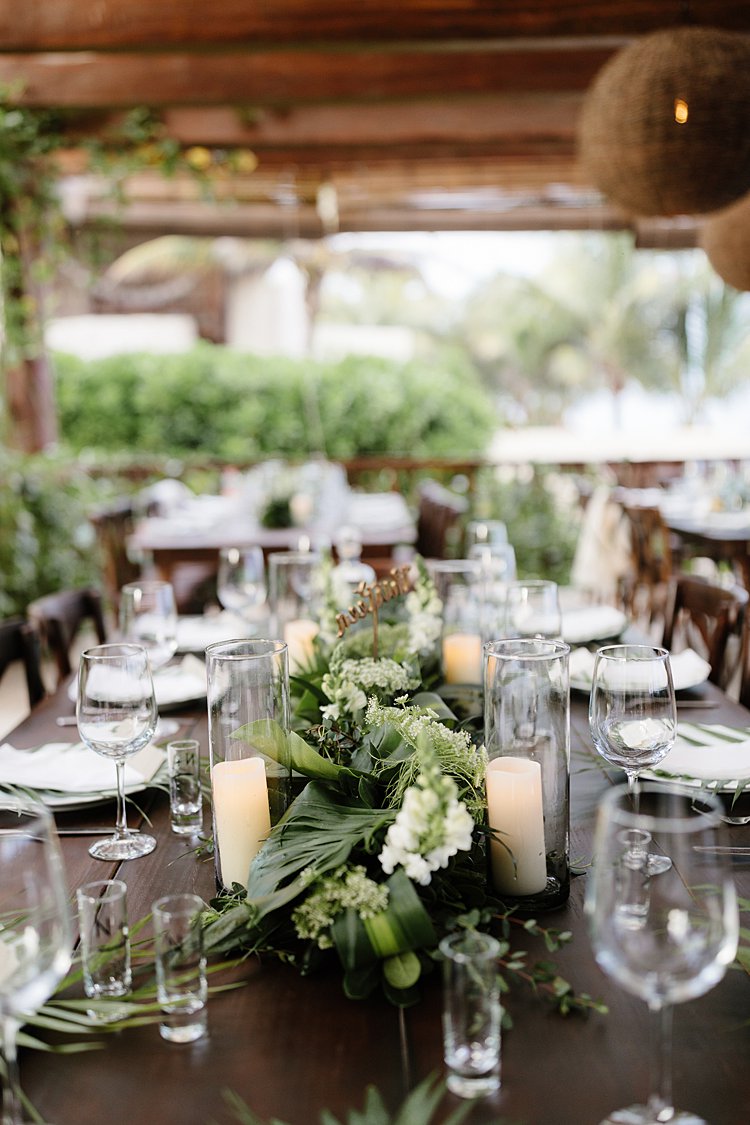 Julie, the bride: Nick and I have known each other forever, and I know a lot of people say that, but really, we have! Both coming from South African Jewish families, our lives have been intertwined for as long as I can remember, so it only seemed natural then when I got to high school (two years after Nick) that he was a kind, familiar face in a see of thousands of new ones, as I was coming from a small private school to a large public high school. Our story begins in high school, dating off and on as teenagers and A LOT of sneaking out of my parents house! When it was time for college, we parted ways, Nick two years older and off to New York City for his own adventure.

Fast forward a bit, and we are both at NYU, both living in New York City. It was an incredible and very intense way to reconnect. Somehow, even when we were “broken up” we kept finding our way back to each other. Once we both had matured a bit, we finally decided it was time to really be together. After a few years in New York, we decided to make our way back to our home base, Atlanta, where both our families and extended family lives.

Although a rollercoaster, we really have watched each other grow up and taken time to do that separately. To be with someone who has witnessed a lot of your life is pretty crazy and we are constantly grateful to continue to have the front row seat to each other’s life.