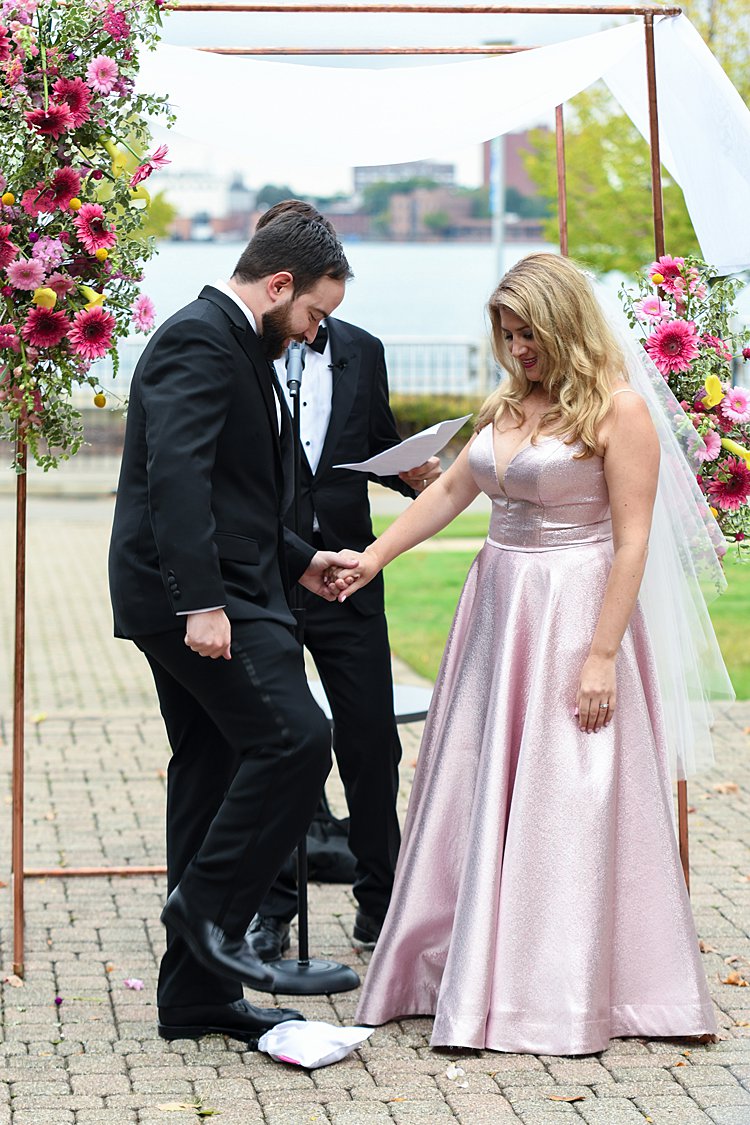 Happy Valentine’s Day! In honor of February 14, we’re bringing you something extra special today – the Jewish wedding of Amy Becker, who you may know as the inventive foodie behind What Jew Wanna Eat and online Judaica emporium ModernTribe, and groom Andrew, a tech executive.

Amy’s known for colorful (literally!) recipes like rainbow challah (which made an appearance at the wedding) and Jewnicorn hot chocolate, so it’s no surprise she and Andrew cooked up a totally rainbowtastic wedding. The bride describes the wedding theme as “rainbow gold glitter formal,” and in keeping with that vibrant ethos went for a non-traditional and super fun pink La Femme wedding dress. Photographers Holly and Erik and videographer Dustin, both from Mike Staff Productions, captured the day in all its glory.

This wedding was totally, 100% Amy and Andrew, and we’re obsessed with Amy’s advice on going all out to make your big day just the way you want it:

A few people advised us to pick a timeless wedding look, but we did the opposite! Don’t worry about picking something trendy or unique if that’s what you want. We added lots of colored lanterns and a Funfetti cake and neon table numbers and it felt totally us. It may look dated one day, but who cares as long as it reflected you on your special day.

And would you believe that Amy and Andrew planned the whole thing in just four months, and long-distance too?! We’re so touched that Amy credits our very own STG Brides Club with having helped them pull it off. In her own words:

I especially enjoyed bouncing ideas off other brides in the STG Brides Club Facebook group. The girls and Karen feel more like friends, and have the best ideas so you don’t have to nag your friends for feedback. I also stalked the Smashing the Glass website and got so much inspiration from the other wedding posts and the checklists were invaluable.

If you’d like to get in on the Smashing The Glass Brides Club magic too, now’s your chance! We’re currently offering a free 30-day trial so you can check out this wonderful community for yourself – but it’s only valid until Monday 17 Feb at 23:59 PST, so sign up now and see what all the fuss is about! 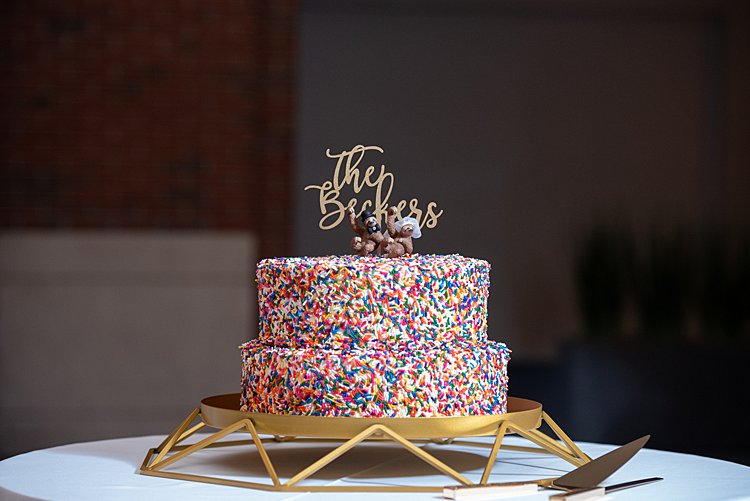 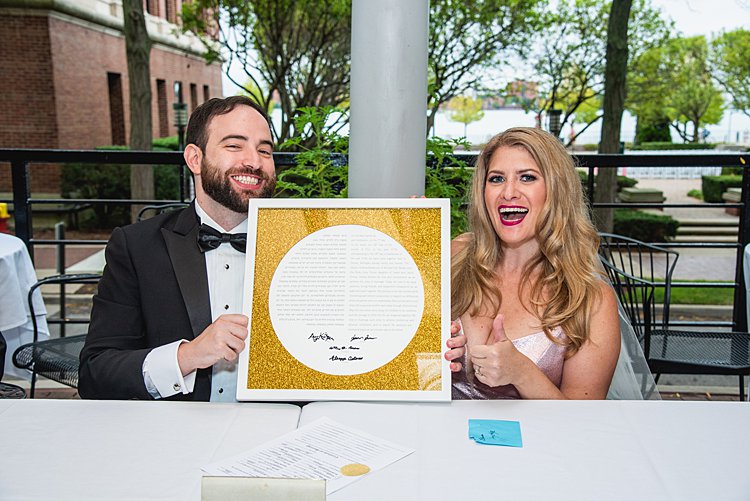 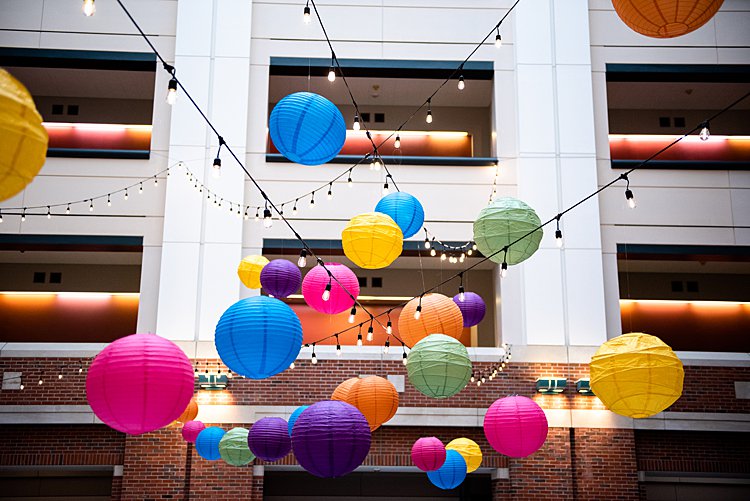 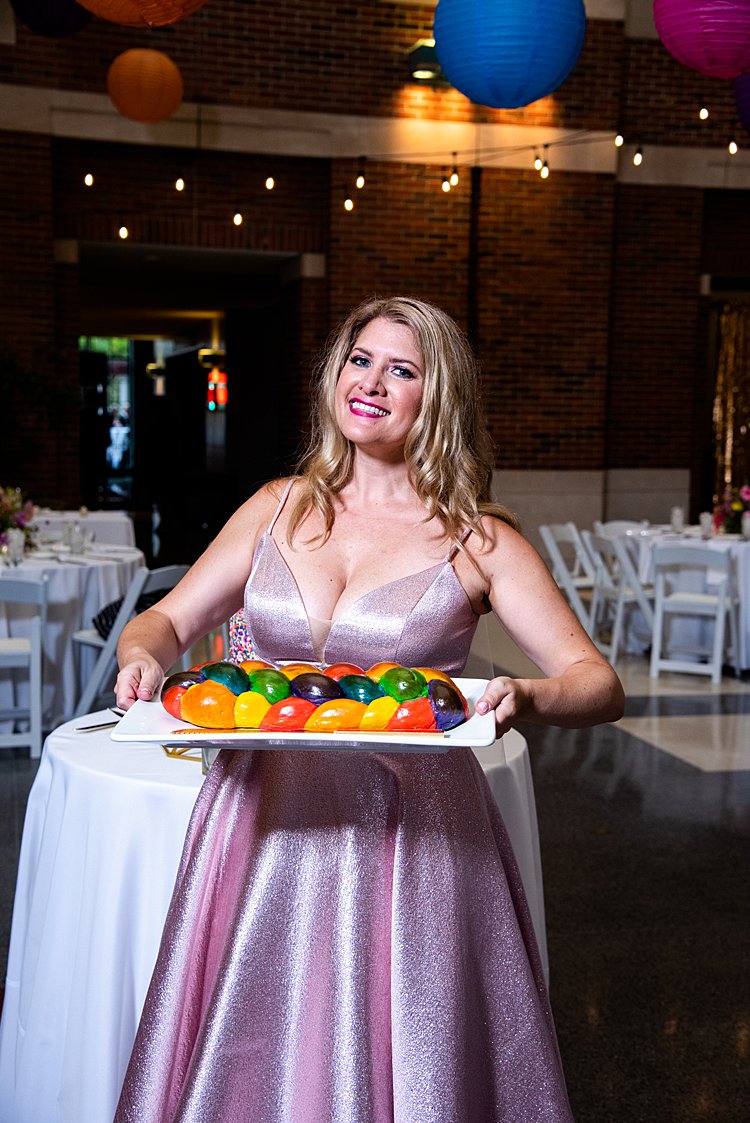 Amy, the bride: We met on the dating app Coffee Meets Bagel when we both lived in San Francisco, and from that day forward I was “Amy Bagel” in Andrew’s phone. Our first date was at the club Andrew is a member of, where he convinced me to try a booze-heavy Vesper instead of my usual red wine. After a few drinks and lots of laughs, we moved onto late-night oysters and talked for hours. On our third date, Andrew made me a multi-course dinner complete with a Funfetti cake to win me over, and it totally did. I was smitten and impressed.

After a month of travelling separately, we reunited on New Year’s Eve 2018, when Andrew changed his flight from Michigan to come back early to celebrate with me. He also brought me back corned beef. I knew he was a special one, and we were exclusive from then on. A few months later he proposed we move to Puerto Rico for a job opportunity, and a year after that he proposed we get married. Both were easy questions to say “yes” to. I’m still “Amy Bagel” in Andrew’s phone, and now I’m his everything bagel forever.