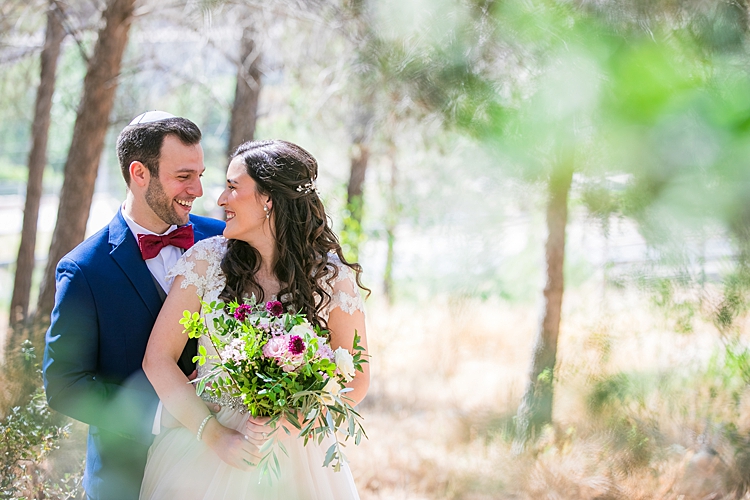 There’s nothing like a good outdoor Jewish wedding. And we’re especially in love with the one Dana, a graduate student in linguistics at Hebrew University, and Chaim, a lawyer, pulled off – no matter that their initial decision to opt for an open air affair was driven by COVID restrictions.

Luckily, Israel is chock full of stunning outdoor venues – and we’re obsessed with Dana and Chaim’s choice of Ein Yael, a breathtaking archaeological park right next to a forest and packed with Jerusalem stone, history and lots of nature. The rustic, outdoorsy vibe was perfect for their day – aside from a few carefully placed flowers, the pair opted to let the natural beauty speak for itself rather than laying on the décor.

And, as always, we’re totally and completely in love with the couple’s exquisite photos from the amazing Smashing The Glass Recommended Vendor Herschel Gutman. Herschel is such a popular photographer among STG couples getting married in Israel – and between his incredible talent and calming presence on the day, it’s easy to see why! Don’t miss the couple’s post-wedding Old City photoshoot, either – Herschel got some positively magical shots of the newlyweds wandering around Yemin Moshe at 2 AM!

Now over to the couple… 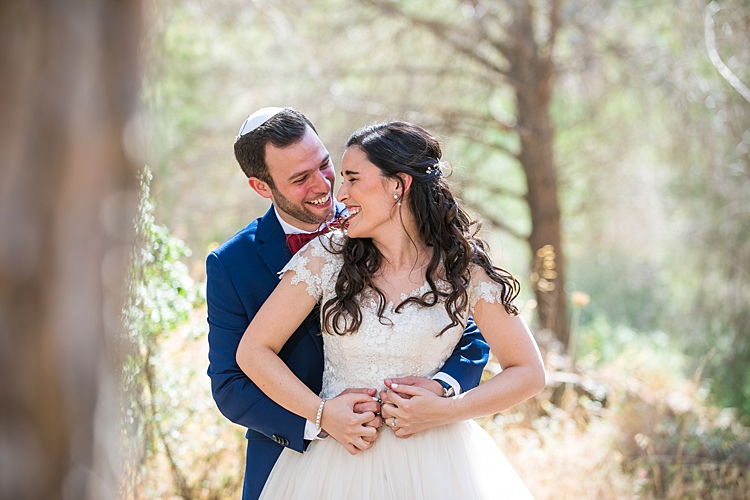 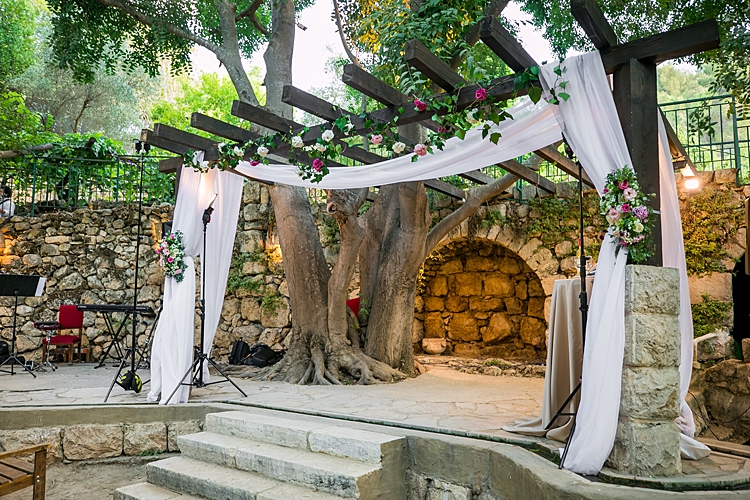 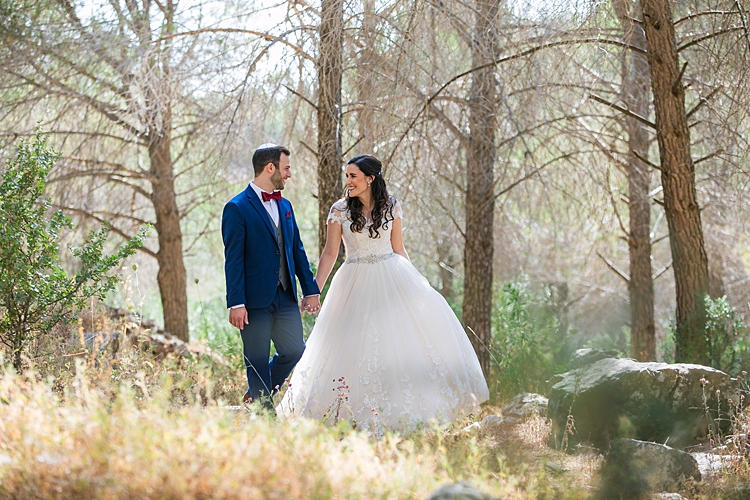 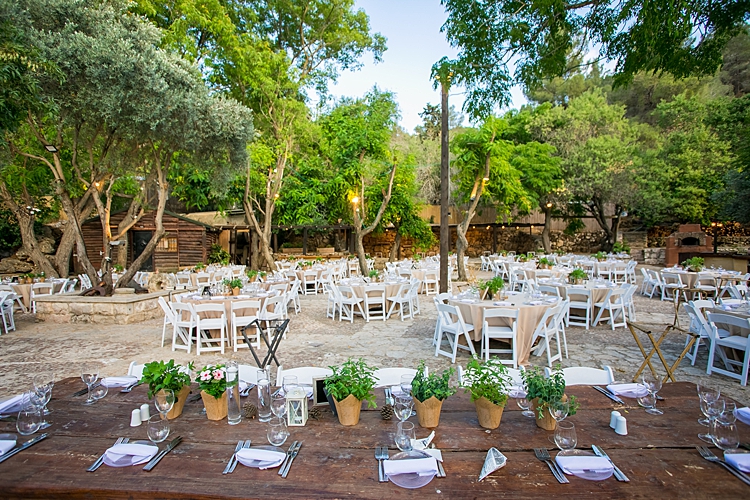 Dana, the bride: Her version: A mutual friend

His version: I had just gotten back from a 6+ month trip to South America and wasn’t yet looking for a serious relationship. Finding a new job and getting settled again were priorities for me. But then again, man plans and God laughs…

A friend messaged me with a “random question”, which translates to “are you seeing anyone?” when you’re a single religious guy in Jerusalem between the ages of 23 and still alive.

I told my friend that I wasn’t really looking at the moment, but was happy to hear about her friend and maybe grab drinks. She told me about Dana and I was obviously immediately interested. After a few more messages my friend came back with “I know you’re taking it slow, but don’t drag this out… like she knows you have her number”. Great.

So I called her.

Apparently I was tenth in line after nine straight spam calls. Not exactly the smooth start I was looking for, but we then spoke for a good few minutes, had some laughs and I asked her out to drinks. That was almost three years ago, and it was the best intro call I’ve ever made. END_OF_DOCUMENT_TOKEN_TO_BE_REPLACED 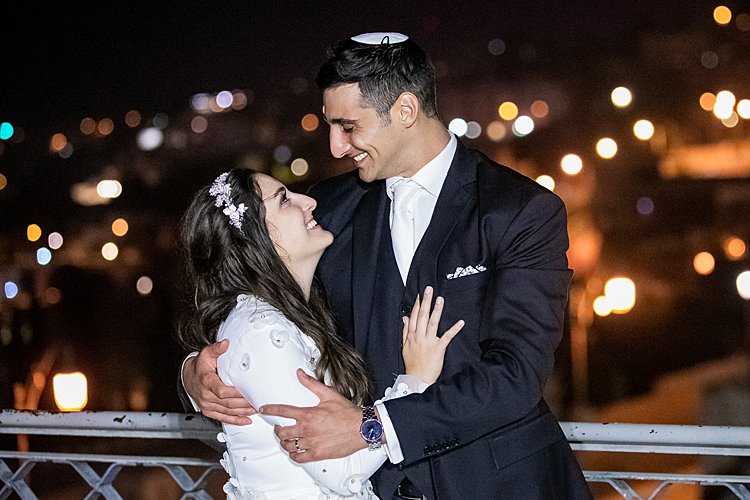 By the time Tamar and Bryan got engaged, they were well aware that COVID was going to be a factor in planning their Jewish wedding. The couple – Americans who made aliyah to Israel and are both currently studying for their master’s degrees in biotechnology at Bar Ilan – made sure to pick a pandemic-friendly venue (a winery with ample outdoor space) and negotiate their contracts to be as corona-proof as possible (thanks to the planning prowess of Events by Shani).

Even so, 10 days before the big day, a new lockdown was imposed, meaning wedding halls, restaurants, and other businesses started to close their doors. Even tougher, travel was limited to within 500 meters of one’s home. All of this meant Tamar and Bryan needed a new game plan – and fast. Luckily, a generous friend offered the couple the use of her beautiful backyard in Beit Shemesh, and from there everything fell into place as the duo, their families, and their planner scrambled to pull togethera 60-person wedding in full compliance with the Health Ministry’s guidelines.

Since the 60-guest limit meant lots of friends and family couldn’t be there in person, Tamar and Bryan opted to live stream the entire wedding – and it worked out so well that some virtual guests remarked that it was even better than being there in person because they were able to see things up close that they never would have been able to see because of the crowd.

The couples’ parents also surprised them with another special way to include members of their local community who couldn’t be at the wedding: a drive-by parade! And not just any drive-by parade – Tamar and Bryan’s families surprised them with a ’67 red Mustang convertible in which to cruise down the street while neighbors cheered them on. This was a totally unexpected touch, and it turned out to be one of the most joyous moments of the night.

And that’s saying a lot – this wedding was just chock full of joyous moments, and Smashing The Glass Recommended Vendor Herschel Gutman captured each and every one so perfectly in his wonderful photos. After seeing photos he’d shot at friends’ weddings, Tamar and Bryan were such fans they “practically planned our wedding date around when he was available” – and post-wedding, they report that his calm demeanor, patience, and flexibility, made him an absolute pleasure to work with.

We’ll let the couple tell you about the rest… 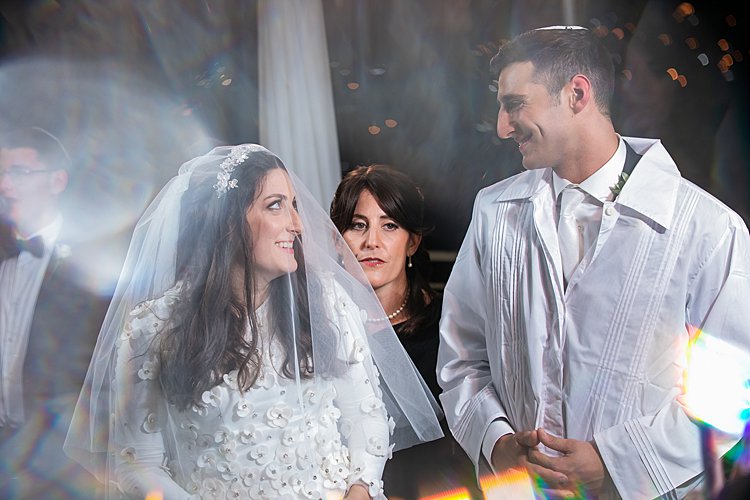 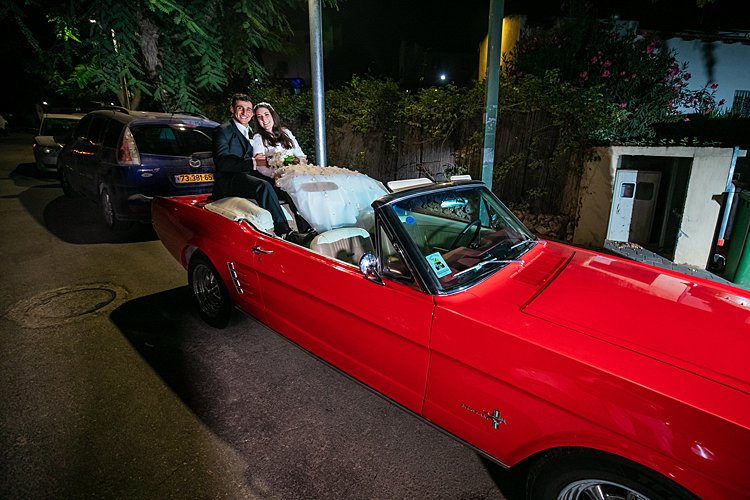 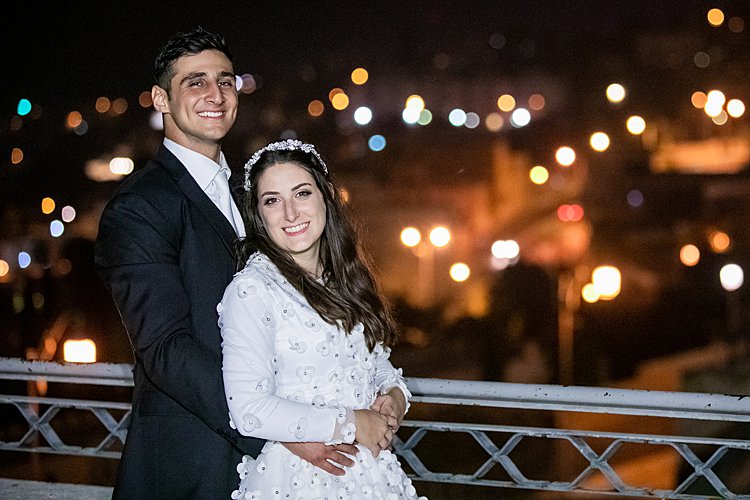 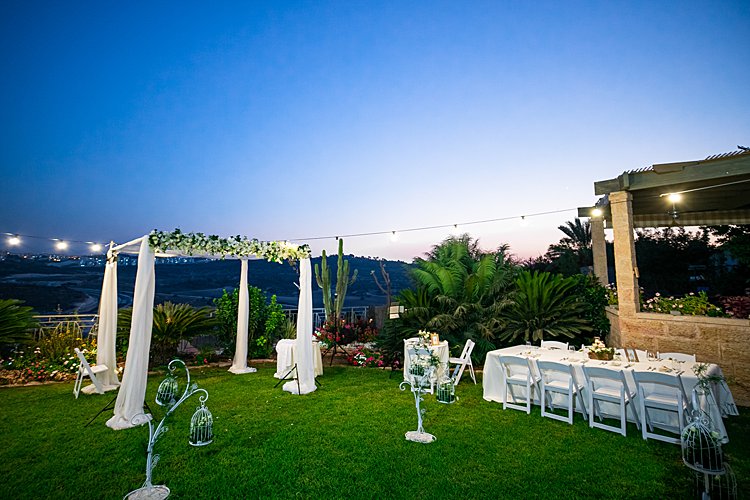 Bryan, the groom: Tamar and I met in university…it seems like a classic story but there’s an interesting detail that I can’t help but reveal. We started off the beginning of our second year as lab partners. I knew Tamar was an excellent student and we studied really well together. After a short time, I was certain our chemistry went beyond the realm of the laboratory. I waited patiently until after finals of the first semester to ask Tamar out.

One might say that I had a certain sense of urgency considering I asked her out approximately 10 mins after she exited the test. She was flattered but promptly turned me down. After insisting and refusing to take her “no” as final, Tamar agreed to think about it. In my book that was a huge win…she’s way out of my league so a “maybe” is pretty good 🙂

Tamar got back to me two days later after consulting with some role models that Tamar trusts implicitly and looks up to and she agreed to a date where “I would have a lot of explaining to do.”

The rest is history. END_OF_DOCUMENT_TOKEN_TO_BE_REPLACED