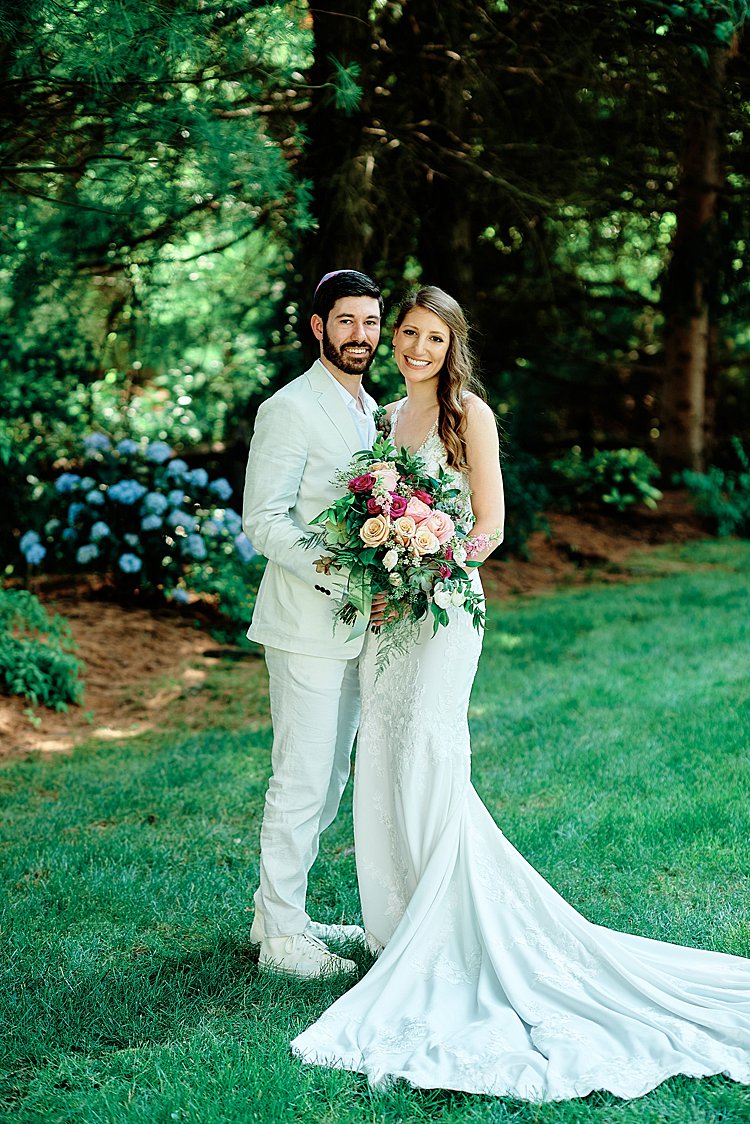 Here at Team STG, we have been absolutely loving all of the reimagined pandemic weddings we’ve been seeing, Though it’s no easy feat – emotionally or logistically – to change tack when you’re deep in the midst of planning the day of your dreams, so many amazing couples are rocking it each and every day.

Like Smashing The Glass Brides Club member Danielle, a designer at Facebook, and Eric, an attorney. They had originally planned a big Jewish wedding in Washington, DC – but then COVID intervened. Once it became clear their initial plans were a no-go, the pair decided they still wanted to move things forward, and chose to embrace the opportunity to plan a different kind of wedding. Different, but no less beautiful or joyous – photographer Eli Turner’s incredible imagery is proof of that.

Choosing the groom’s parents’ backyard as their venue, Danielle and Eric leaned into the intimacy that comes hand in hand with marrying in front of just 14 of your nearest and dearest. They opted not to stream their celebration on Zoom (though they did have videographer Tom Bowen of Bowen Films on hand to record a video they could share with friends and family unable to attend), instead letting the tight-knit group set the stage for what became the couple’s favorite part of the wedding: their ultra-personal vows, which Danielle says they never would’ve shared in front of their original 230-person guest list. We’re also in love with the couple’s wonderful nature-inspired ketubah by Smashing The Glass Recommended Vendor The Ketubah.

Danielle and Eric also made an effort to replace other elements that they felt they were “losing” from their big wedding with new features that excited them. The two are both big fans of the band Phish, and while they’d originally deemed the band’s music too quirky to impose on their guest list, with the attendees pared down to just family they opted to go full on by booking a Phish tribute band to perform!

We’ll let the bride – who looked ravishing in Pronovias (yes, the same gown she’d picked out for the big bash) – fill you in on the rest… 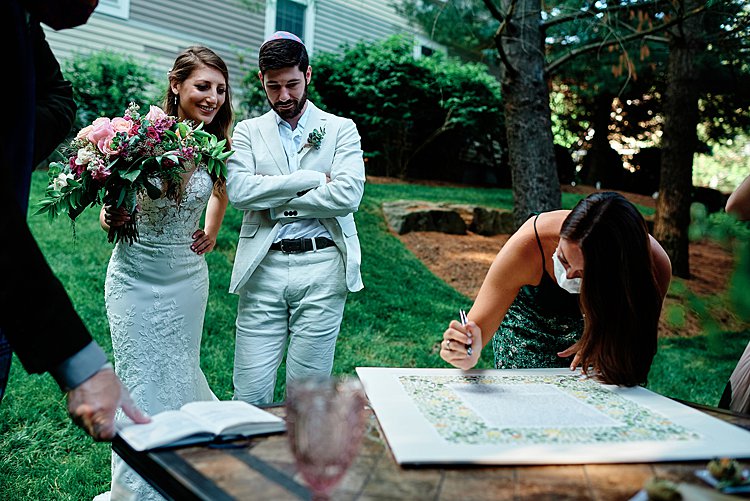 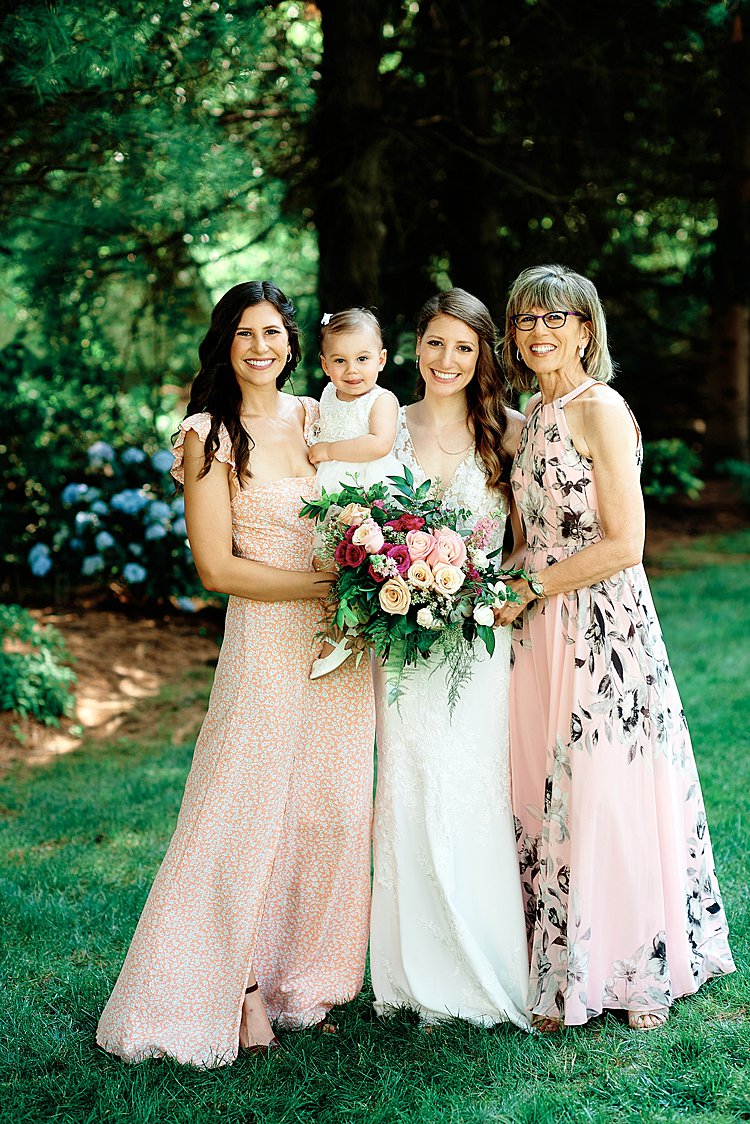 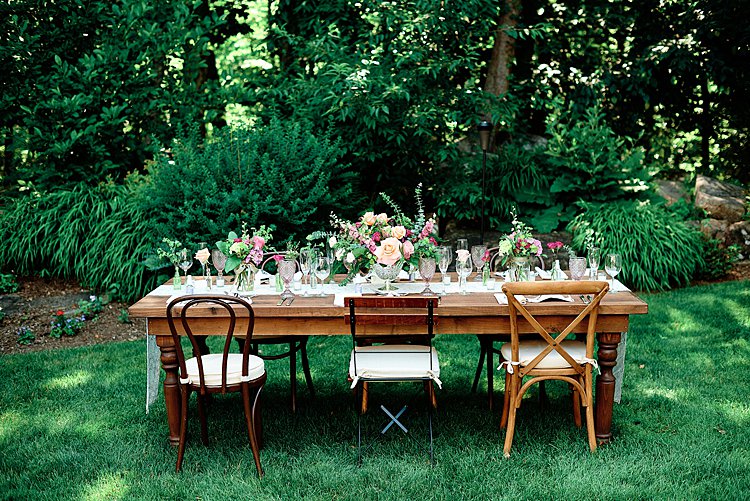 Danielle, the bride: We met at a Great Gatsby themed party during college, when I was a sophomore and Eric was a senior. I had a feather in her hair and Eric was wearing a full suit, which is not your regular college attire. We spent the whole night talking and by the end of the party had exchanged numbers. Eric liked that I was in the art school and very creative. I was drawn to Eric’s humor and wit.