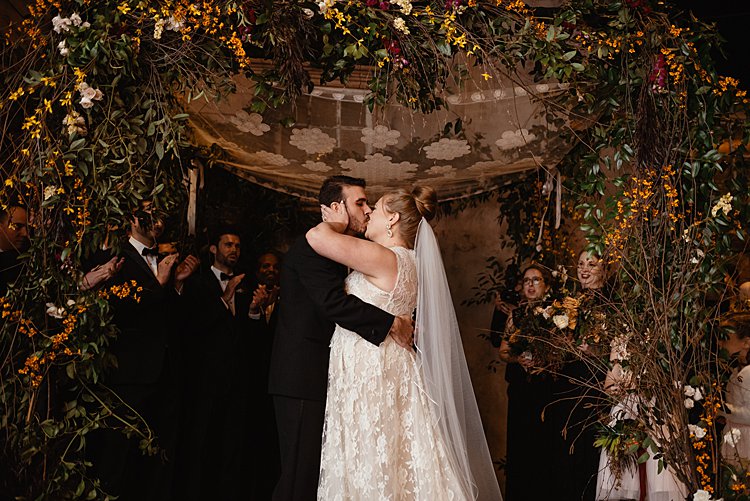 There are few cities more atmospheric than New Orleans, the city that bride Jordan, the executive director of Bayou City Waterkeeper, a Houston-based environmental nonprofit that works to protect and restore the waters around the region, lived in for nearly a decade and calls her “heart home.” She moved back to her home state of Texas to be with groom Kent, the owner and manager of Whitener Ranch, one of the oldest continuously family-owned ranches in Texas, but always new she’d want to marry in NOLA.

The couple merged their love of New Orleans and their Texas roots in their breathtaking interfaith Jewish wedding at the breathtakingly eclectic Race + Religious, a breathtaking, eclectic New Orleans venue. They went for a full-on old world vibe, full of deep gem tones of burgundy, gold, indigo, and purple, lush greenery, old wood, and candle light.

Guests entered the venue through a magically wild gate, covered in vines and foliage, the couple’s atmospheric chuppah in deep autumnal shades is one for the books, and the couple’s beautiful ketubah by Enya Keshet for Smashing The Glass Recommended Vendor Ketubah.com featured exquisite papercut menorahs and detailed artistry illustrating verses from the Song of Songs. An eight-piece brass band, New Orleans jazz, Creole food, sparklers, rounded out this memorable day – we’re obsessed with the gorgeous photos from Heather Schneider of Dark Roux Photography.

There’s so much more to say, but we’ll let the bride, who looked stunning in Anna Maier Couture, tell you the rest… 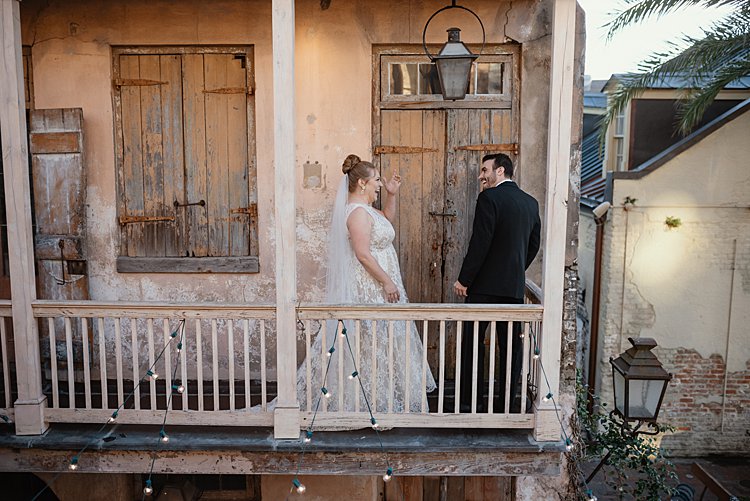 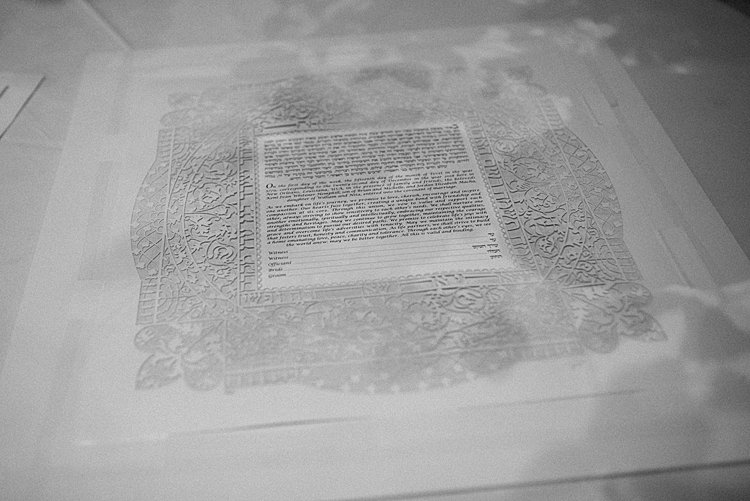 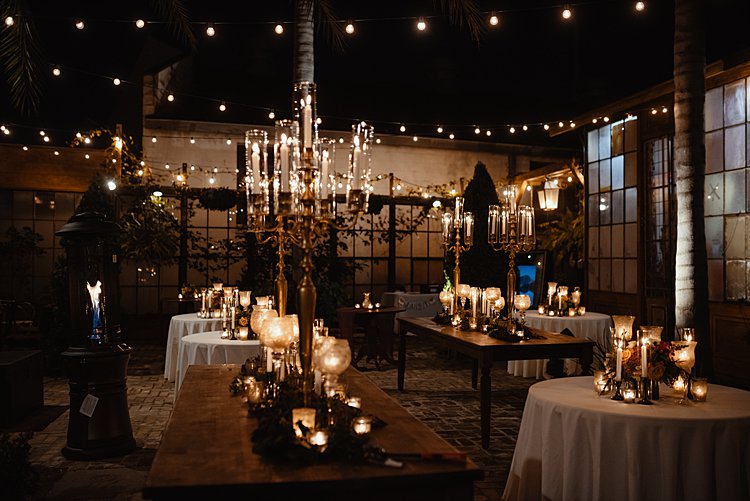 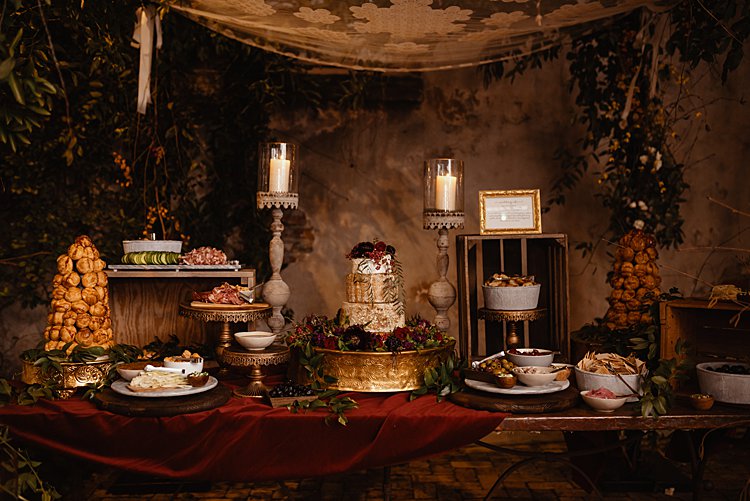 Jordan and Kent, the bride and the groom: Jordan and Kent met in Austin, Texas in 2014 after literally running into one another at a downtown bar. After exchanging playful remarks, they realized they had a lot in common. Despite living a whole state away for a year – Jordan living in New Orleans and Kent in Austin – they started dating. Fortunately, Jordan traveled to Austin often for work, and Kent had no problem visiting New Orleans. In 2015, Jordan made the move to Austin and the rest is history!

END_OF_DOCUMENT_TOKEN_TO_BE_REPLACED 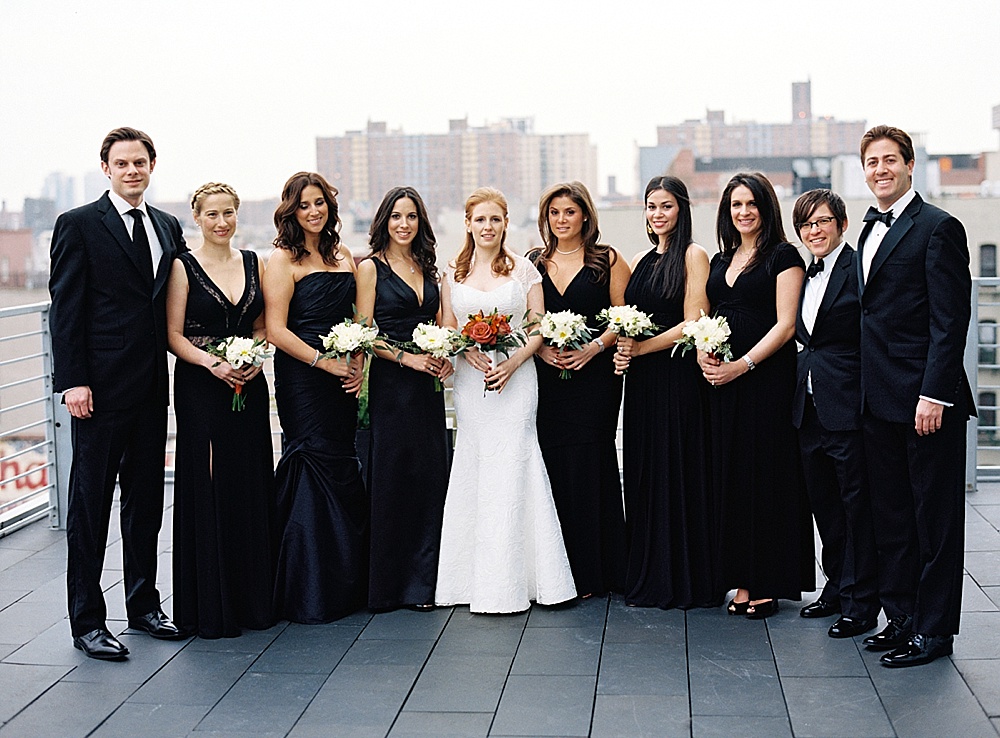 Dana and Stuart’s wedding has Autumn completely wrapped up. Long farm tables with flowers and candles, orange and cream colours with pops of russet inspired by Dana’s amazing auburn hair, and a total sense of joy, warmth and tenderness thoughout.

Our bride is so very elegant but at the same time clearly having the time of her life… That smile – it’s so infectious! And what’s one of my favourite moments? When Dana swaps her jewelled Manolo Blahniks for white low top Converse when the former falls off during the Hora – so down to earth! I also love the little creative details like classic movies of their favourite Hollywood icons playing in the background during the cocktail hour.

Oh… and have you ever heard of ‘Dudesmaids’?! Dana had two – see them posing with the girls above?!

All the fantastic photography is by the one and only Karen Wise. 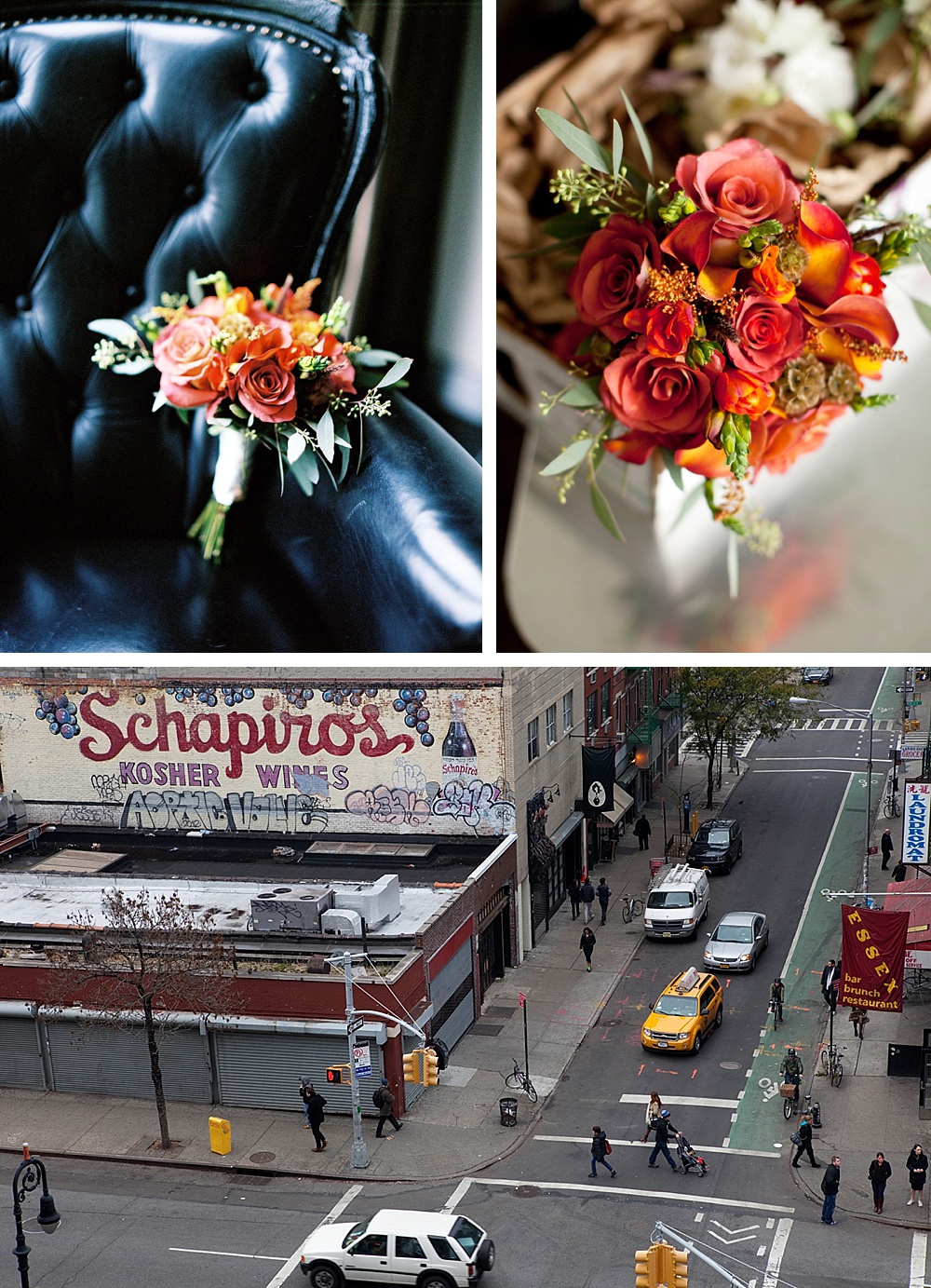 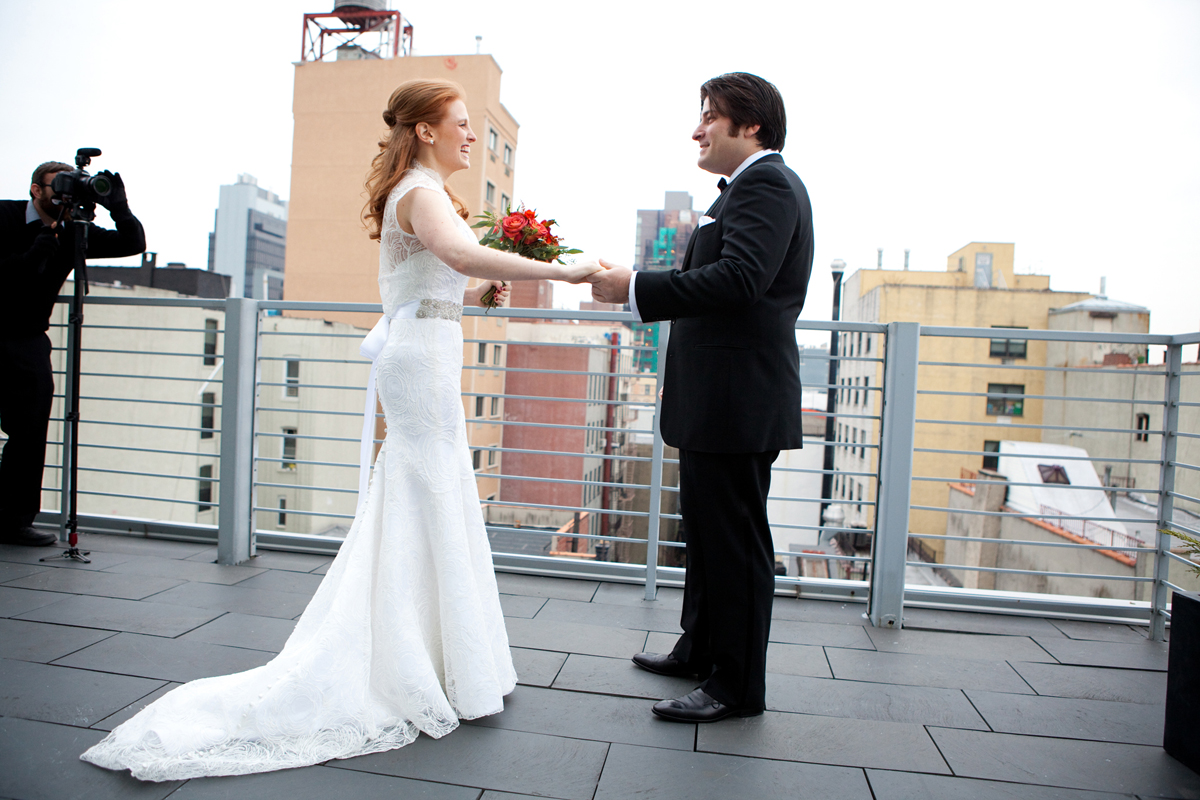 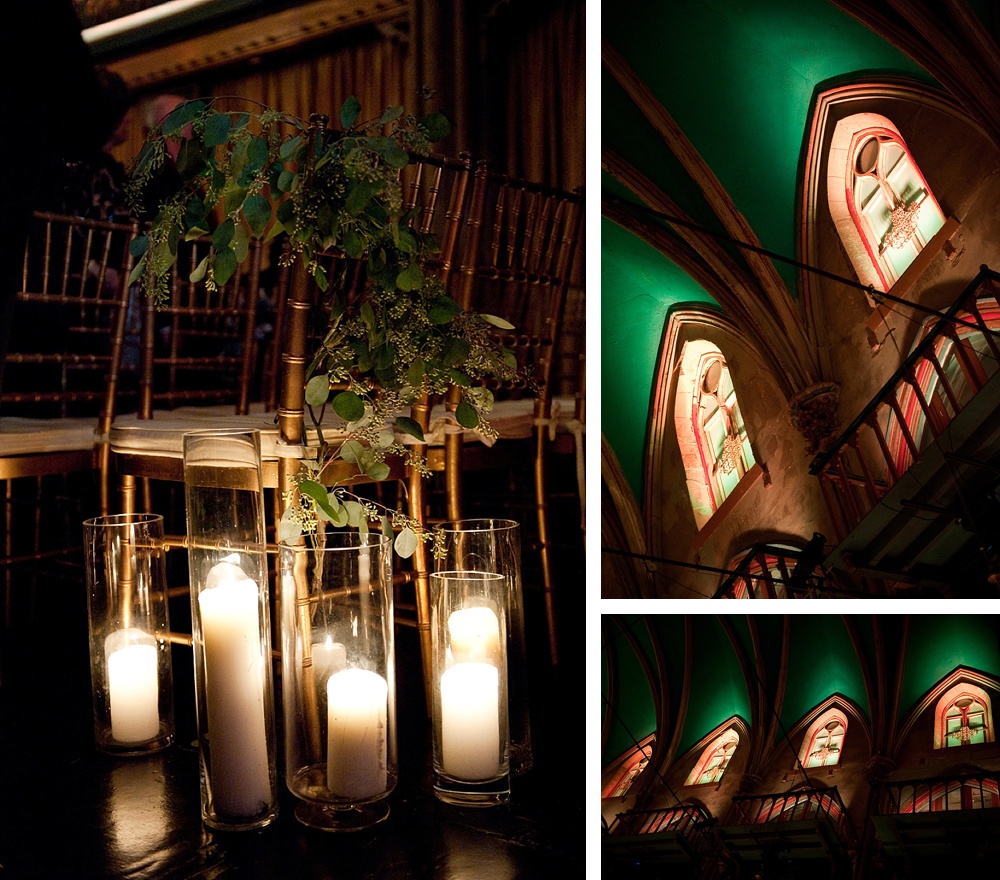 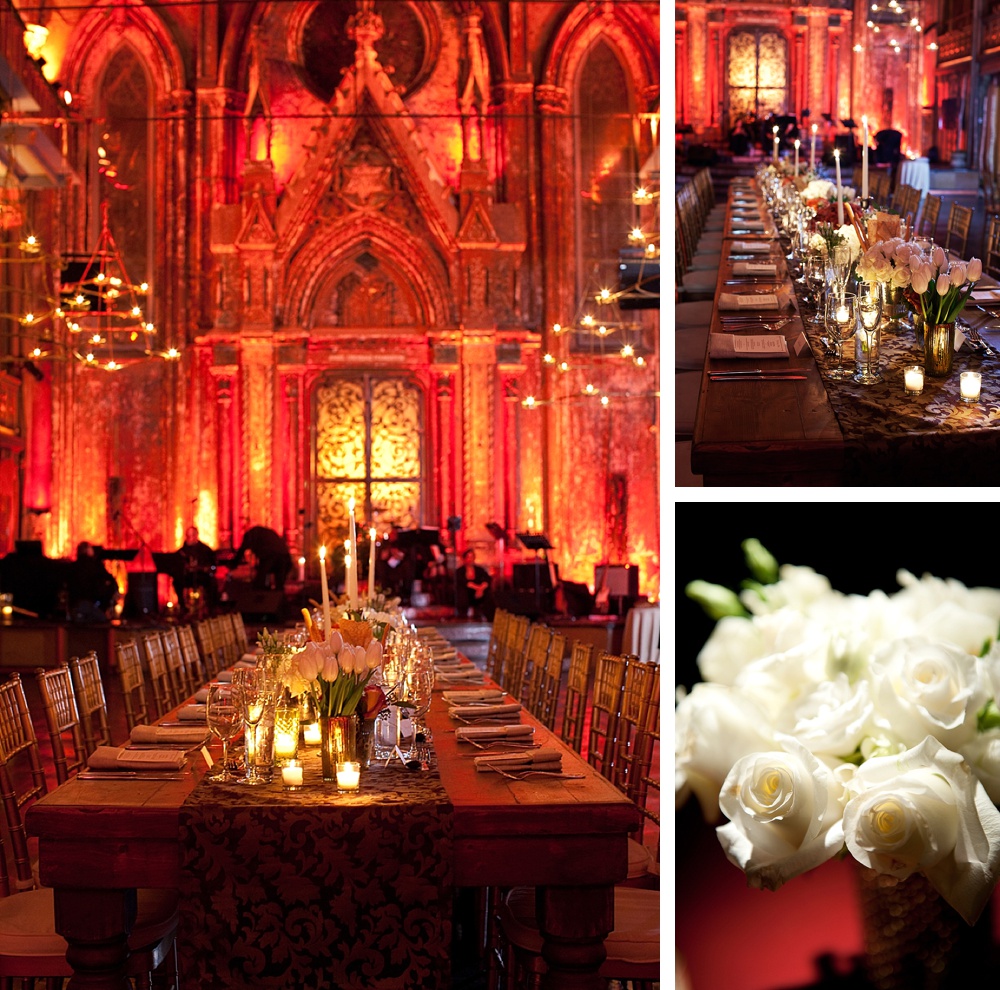