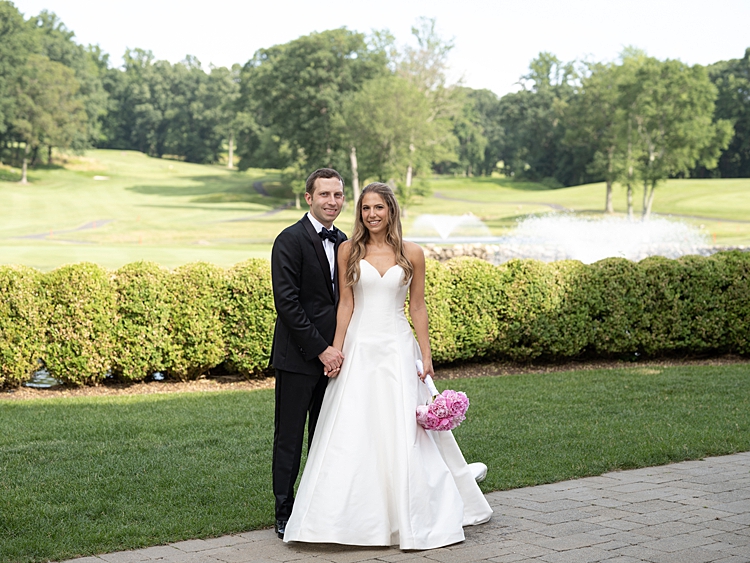 We’re so delighted to be sharing the Jewish wedding of Smashing The Glass Brides Club member Nicki, a life sciences consultant, and Ricky, an options trader! Last year we featured the couple’s fabulous micro wedding – planned in just two weeks! – and it’s such a treat to share their bigger celebration with you now.

By the time the big day rolled around, Nicki and Ricky had already been married for ten months. So they decided to change things up, making this wedding more a celebration of their love than a traditional wedding. Rather than repeating the Jewish ceremony, this time around they had prayers celebrating their love.

Nicki is lucky enough to be the daughter of mega-talented wedding planner and Smashing The Glass Recommended VendorSusie of Pink House Productions, and naturally her mom took charge bringing the day together. Among other things, we’re in love with what Susie did with the table designs, all in the couple’s wedding colors of pink and gold – don’t miss them in the gorgeous photos by Mark S. Kornbluth!

In Nicki’s words, “We were so beyond happy to finally be able to celebrate with our friends and family even if it was a little smaller, ten months later, and in a different place than originally intended.”

Now over to the bride, who looked ever so elegant in Caroline Castigliano… 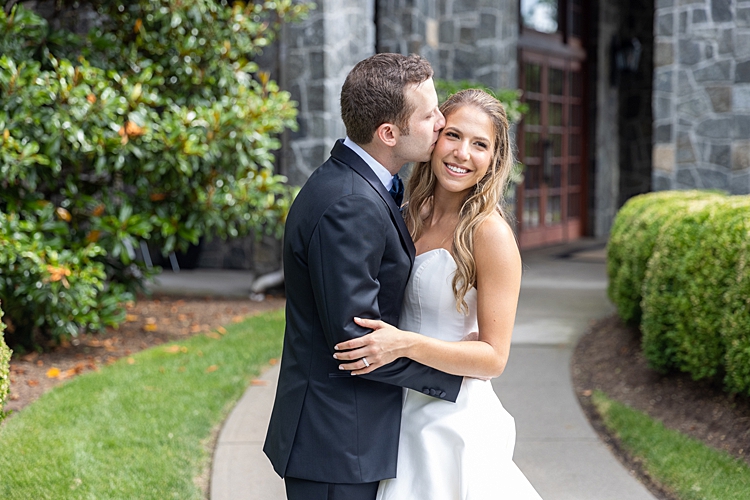 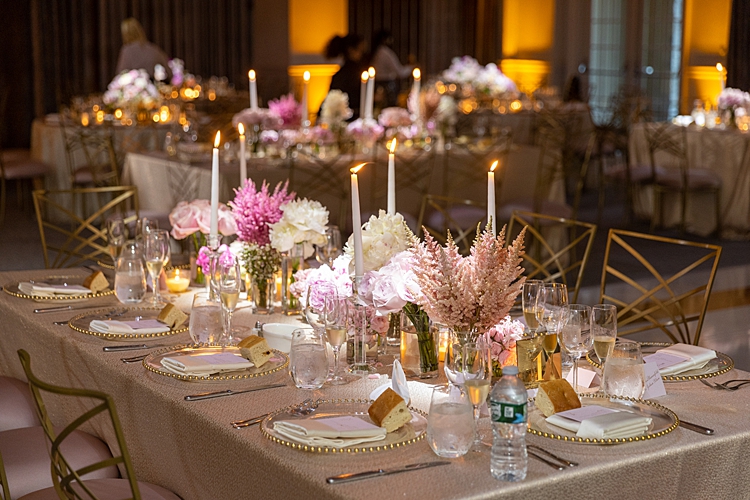 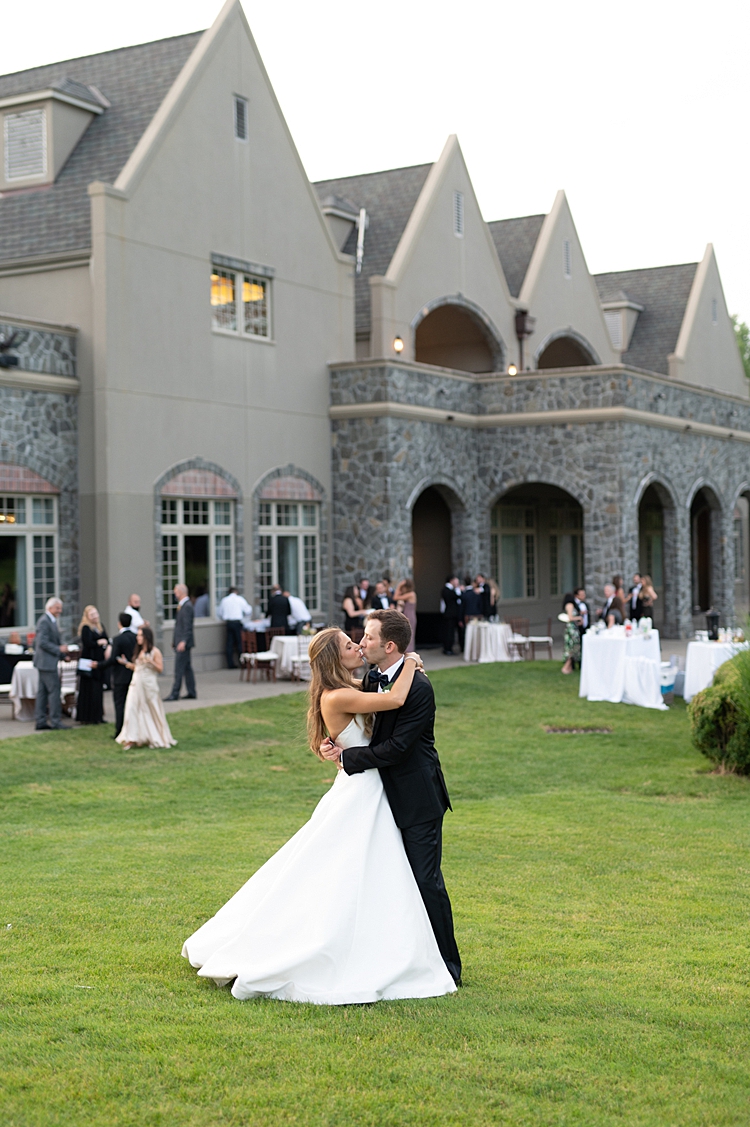 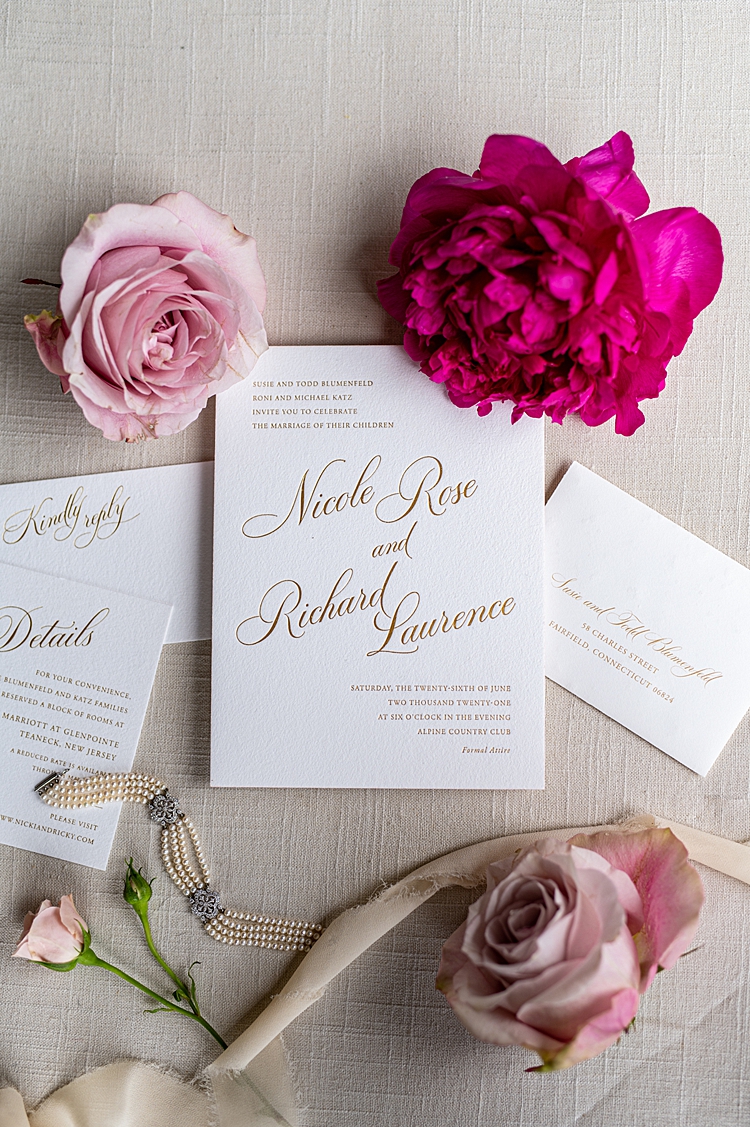 Nicki, the bride and Ricky, the groom: We were set up by mutual friends in July 2016. Ricky was living in Philly and Nicki was living in NYC and our first date happened when we were both out in the Hamptons for a weekend. END_OF_DOCUMENT_TOKEN_TO_BE_REPLACED