Today on the blog it’s the 2nd post from Hayley who will be marrying Ashley on Sunday 17 September 2017, in a Jewish wedding at  at El Cortijo De Los Caballos in Spain 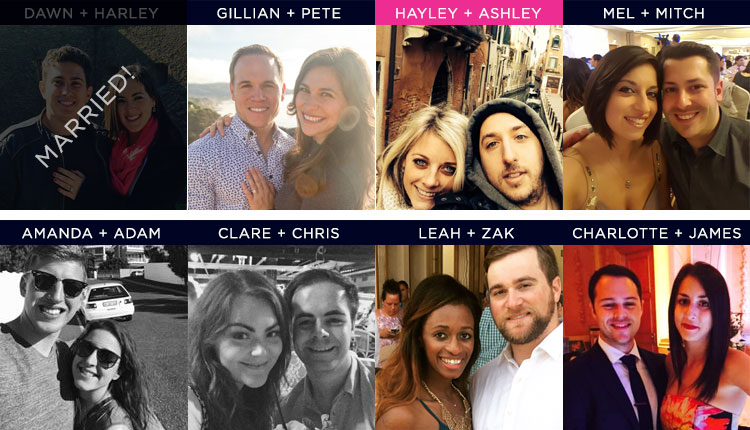 The next chapter for me was I would need to convert to Judaism before our wedding on 17th September 2017 to make sure we could have the chuppah and the dancing on the chairs*. The process started by trying to locate a synagogue, which proves to be difficult if you live the wrong side of Brentwood! Ashley was told by one of his friends that his sister-in-law converted and the name of the synagogue, what was then called South Woodford Liberal Synagogue but which is now known as ELELS (East London and Essex Liberal Synagogue).

Our first meeting with Rabbi Richard Jacobi was Early February 2016. We met at the South Woodford Synagogue where I was asked a lot of questions including “Why I wanted to convert”? After our long hour and a half meeting I left feeling more puzzled then when I went in, Maybe the conversion wasn’t right for me after all?

We decided to attend shul weekly for about 3 weeks and then once again we met with Rabbi Richard to see how I was getting on attending Shul. Feeling slightly more relieved than last time I was again asked the same question “Why I wanted to convert”? I feel like I had answered the question sufficiently but again I was not given a start date for the Conversion to Judaism class. I felt slightly disheartened at this and kept asking Ashley why? 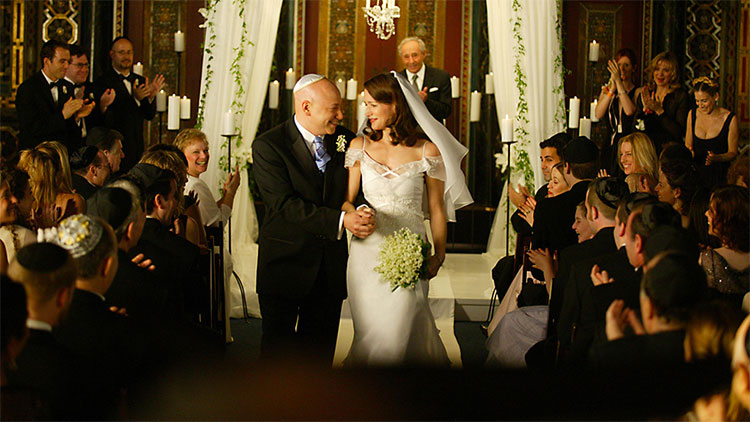 Why do I want to convert?

The third and final meeting I was handed a sheet of paper and asked to write down my answer to that very question… “Why I wanted to convert” I wrote down everything I could think of and why this was important to both ashley and I. I completed it and handed it to Rabbi Richard, whom looked over it and next thing I was booked onto the conversion classes which started the following week, by this time it was March 2016. (Later I found out that Rabbi’s have a rule and want you to be completely sure, that’s why they ask you three times!)

My first ever Conversion class was on a Wednesday evening at Sukkot Shalom, both Ashley and I attended, not sure what to expect. It was 7.30pm and out our Aleph isn’t tough books came! (We have a fantastic Hebrew teacher called Andrew on the program). One hour into Hebrew I thought Ashley could point me in the right direction after all he did go to a Jewish School, but I quickly realised this was also a learning curve for Ashley! The second part of the lesson was when Rabbi Larry started to talk, the subject was about ‘Kashrut and Food’, we were sent a list of questions to answer and we all come into class and discuss what we had found out.

The conversion classes are every Wednesday Evening from 7.30pm to 22.00pm. Before the lesson you need to answer the list of questions that are sent by one of the Rabbis on the topic it is that week. The lessons are just a small part of the conversion process, along with attending the classes, we also attend a shabbat service mainly on a Friday but sometimes on a Saturday morning most weeks. The festivals are a must and if I’m completely honest these have very much helped me all the way through to understand Judaism, after all the festivals are the most important!

Almost at the end of the process…

I’m now coming to the end of my conversion process. I can successfully read and speak the Shema, blessings over candles, wine and bread in Hebrew which honestly from the first ever class I never thought I would get to. I have wrote two essays, one – “What being Jewish means to me” and the second on “Anti-Semitism” (the second essay is a subject of choice). I have had to choose my own Hebrew name in which I have chosen “Carmina”, meaning Orchard after my nans maiden name. I am now sitting before the Beit Din on Thursday 13th July where I will sit in front of three Rabbis and will be asked questions for around fifteen minutes. I have been told by our Rabbi that one will ask questions on my essays, one will ask me questions about the festivals and the third Rabbi will ask me questions on the first piece that I wrote just over a year ago “Why I want to Convert to Judaism?”. I will then leave the room where they will decide on my conversion. If I am successful I will then be allowed back in the room and hopefully by my third blog I will be officially Jewish!

So now I ask the question to myself “Why I wanted to convert to Judaism” and my simple answer is “This is right for me. This is where I belong and Judaism belongs to me”.

*Note from Karen — you do not actually need to be converted to Judaism to marry under a chuppah or do the Hora – anyone can incorporate these Jewish traditions into their wedding if they want to, no matter what anyone else may say.

Click here to read all Hayley’s planning posts to date.