Disclaimer: I have used the term ‘Bridezilla’ and ‘Groomzilla’ throughout this blog. I as a bride-to-be have chosen to use these terms in a positive and humorous way. The wedding industry has taken these terms and turned them into something negative. I hope that this blog shows that owning the terms and showing the positives of being a bride and groom who know what they want is not something to fear or shy away from.

Last weekend marked one year since Gideon and I got engaged. It is also 5 years since the start of our relationship. A special time for us both and one which has led me to reflect on Gideon’s role in our wedding process and the role of men in weddings in general.

When most people think of men and weddings they see disinterest or allowing the bride to just get on with things. In one Facebook group that I am a member of, future brides are constantly posting about how they feel lonely in the process or that their other halves aren’t really interested in florists or food or themes. However, for me I have the total opposite. I have a groom who wants our wedding to be the most perfect day. He thinks about every small detail and is just as much involved in the wedding process as I am. Of course I am very much the project manager but he makes a remarkable second in command! We are on this continuous journey together and I love that we are learning things about one another as well as supporting and guiding each other.

As I reflect on our wedding planning so far I can see that I am definitely a slight Bridezilla but Gideon is also a slight Groomzilla — we really are the perfect match! In a recent Brides Magazine article ‘5 Signs you are dealing with a Groomzilla’ it talks about this new phenomena sweeping the wedding world. A groom who cares as much, if not more, about creating the perfect wedding for him and his wife to be. I am going to use four of their signs to illustrate why Gideon is not only the perfect Groomzilla but why that makes him the perfect soon to be husband. For some Groomzilla might sound like a nightmare, but teamed with my Bridezilla it’s a match made in heaven, sprinkled with the odd argument and tense moment of course (we are human after all!). 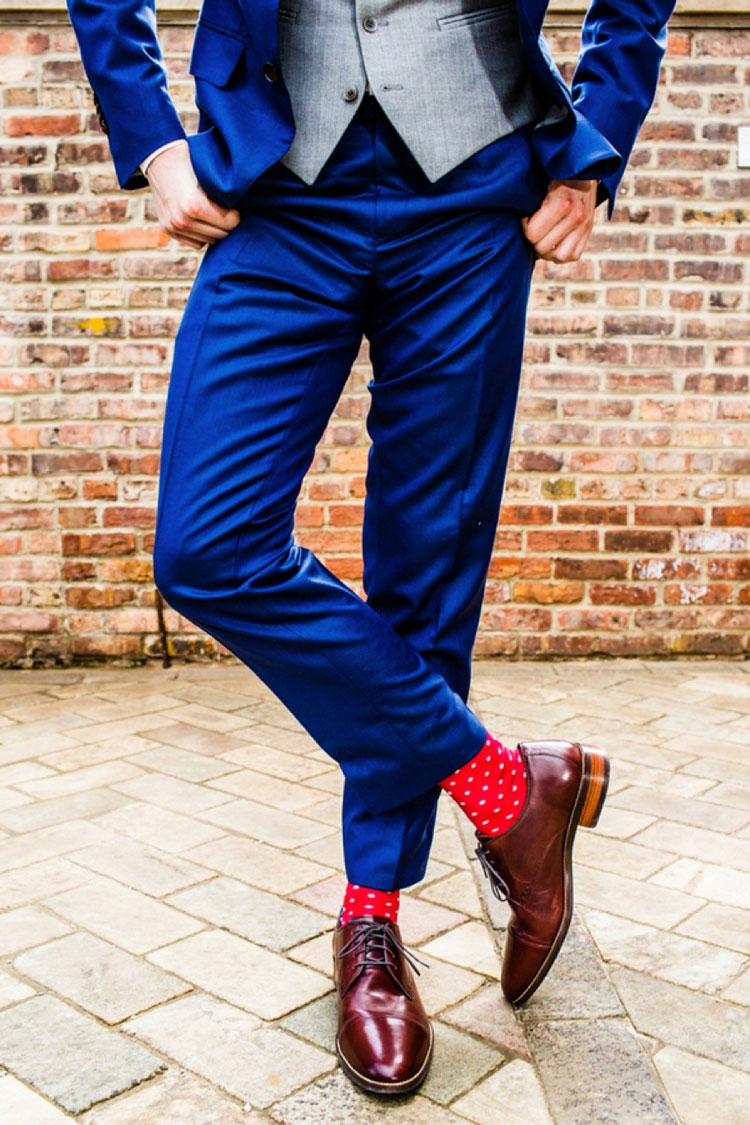 Gideon has got his ideas and is quite set on them. I too have my ideas and am quite set on them. I tend to think his ideas are wrong unless they completely follow my ideas or merely add to them. However, he is quite the same. This has led to some interesting conversations such as: serving Pizza at the wedding. Gideon loves pizza. I like pizza. Gideon feels his wedding would not be his wedding unless Pizza featured somewhere. Once he learnt he wasn’t really going to be featuring at the Reception part of the wedding he turned down the option of having it then. After further consultation regarding a main course of pizza, and finally deciding that creating the whole table out of pizza was completely unrealistic!? We have settled on some sort of Pizza at the hotel for those guests still hungry. (This is a Jewish wedding after all!) I love that he is so passionate about our wedding and making sure that it is completely ‘us’ as I think most of our guests would agree it couldn’t be a Fran and Gid wedding without Pizza and I am really glad he didn’t give up on the dream and Groomzillad his way to getting it!

Luckily on most other things he has pretty much allowed me to have free reign and if I put up enough of an argument supported by clear evidence (Pinterest photos) explaining why I think it is a good idea and why his isn’t, I on the whole win!

This is quite contradictory to the above sign but refers to what the Groomzilla would consider ‘less important’ matters. In other words, for things that are of no interest to the groom in that moment of discussion but then 1 month down the line when there is no going back, decides that actually he does care and now would like a change/cancel/rethink/discuss. Now to be fair we have both done this (hence Bridezilla and Groomzilla).

I decided 7 months after booking our band that I didn’t actually want them anymore and spent the next month scouring the internet to find alternatives. We have now changed our band and lost our original deposit. I should point out that I totally believe it was worth losing the deposit as I strongly felt we were making a mistake and I feel far more comfortable and happy with our new band (yay!)

For Gideon his retrospective opinions are more frequent but maybe on a smaller scale and tend to happen because he hasn’t actually listened to me in the first place and then when I have mentioned it again, he has forgotten he agreed to it. For example, decision made about place names during a leisurely ‘wedding planning’ walk was then spoken about three weeks later only for him to not even remember the conversation?! In fact only this week did he pipe up about whether we should be having a videographer. I reminded him he had agreed to have one and we have now paid the deposit and it was too late. Bridezilla won that argument but points to Groomzilla for caring. Next time he just needs to be as quick thinking as Bridezilla to get the motion in his favour.

3. He Pouts Over His Lack of Groom Showers

This one he does not do however, he is having a ‘normal’ stag and an ‘adult’ stag. Some people call it inclusive some call it greedy and just another excuse to over eat and drink. Personally I love that he wants as many of his friends and family to celebrate his wedding and that he sees his ‘adult’ stag (dads, uncles etc.) as important as his stag with his friends. For Gideon family is at the heart of everything he does, but let’s be honest, not to the point that he wants his dad, my dad and our uncles following him around Bognor Regis on his actual stag. (I hope I didn’t ruin the surprise location!)

This is Gideon 100%. A complete perfectionist. He is a lover of spreadsheets and budgets (someone has to be and it certainly isn’t me!) and he wants our wedding day to be perfect. He is a true Prince Charming and he knows that for it to be the wedding we have both dreamed of having it takes care, and meticulous planning to get it just as we want it. And I as Bridezilla could not do it alone without Groomzilla. Maybe because if it was down to me I would have bought everything without consulting the budget and said yes to everything that sounded even remotely weddingy without carefully considering the consequences and effect on our budget. Without Gideon’s perfectionist ways I don’t think things would be as organised as they are now. We know exactly when things need to be done by and I think we have most areas covered.

As the date gets closer we both get more and more excited. I honestly can’t wait to marry my Groomzilla and I know that our wedding is going to be as incredible as we had hoped. Working as a team throughout has been amazing and I couldn’t have planned it without Gideon by my side (retrospectively) guiding me and supporting me throughout. I know as the next 5 months come along we will be faced with more decisions and possibilities which will no doubt lead to elements of stress and arguments mixed in with excitement and laughter. I can’t wait for us to do all those things together as Team BrideGroomZilla!

Fran will be  marrying Gideon  on 20th  April 2017 at  Lillibrooke Manor, Berkshire.
Razia Jukes  will be photographing their  wedding.

You can read all Fran’s  wedding planning posts so far here.