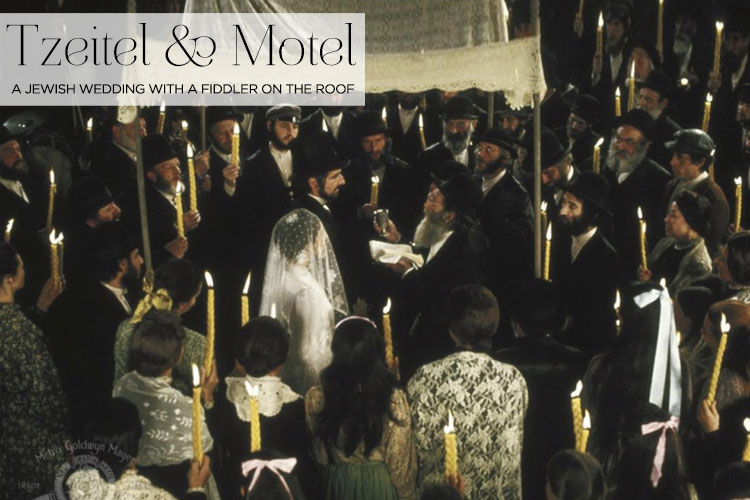 Just in time for the holidays we have the most extraordinary real wedding on the blog today. While it’s not the most detail-heavy or Pin-worthy wedding we’ve ever featured, it’s a beautiful tale of love conquering all. What it lacks in decor and style, it makes up for in sincerity, and we just had to share it with you.

Childhood sweethearts, Tzeitel and Motel, never thought they’d make it down the aisle. Even though they had known each other their whole lives and were madly in love, bride Tzeitel’s parents had other ideas. After a near miss with an arranged marriage, the two were finally given papa Tevye’s blessing and couldn’t wait to say “I do”. Nothing could keep these two down – even though the wedding ended with a shocking pogrom, the pair still look back on all the positives of the day.

From their outdoor, rustic chic theme to the special and frankly groundbreaking entertainment (just wait till you see the bottle dancing flashmob) this real wedding is full of joy, heart,  and Jewish soul.

Tzeitel, the bride: Motel and I have known each other since we were children. But, as our village matchmaker, Yente, says: “from such children come other children” — we fell in love.

Around a year before the wedding, we secretly gave each other a pledge that we would marry, or, to put it simply, we got engaged. When my dad found out, he hit the roof so hard he almost knocked the fiddler off it!

Having said that, even though he thought it was a little unheard of and absurd, and that Motel was either out of his mind or crazy, my dad couldn’t help but look into my eyes and allow me to marry for love.

Motel may be a poor tailor, but in the end, my dad recognised that even a poor tailor is entitled to some happiness. It was actually quite a beautiful moment, although my mum took some talking round later (that was a bit of a nightmare, actually, but that’s a whole other story).

Given that we didn’t think we’d ever get permission to marry, it really was a wonder of wonders — a miracle of miracles, if you will! 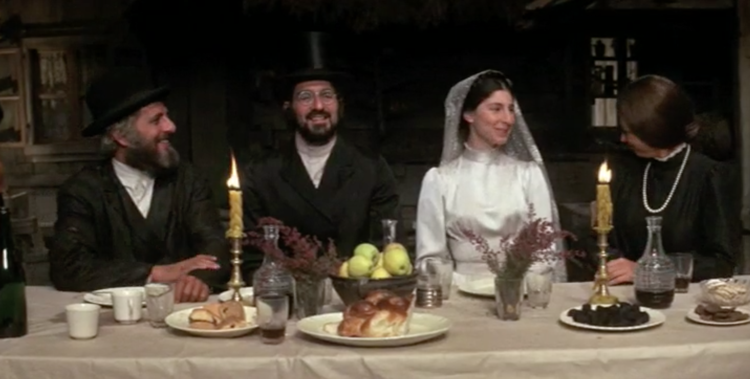 Choosing to get married in the streets of Anatevka

We chose to get married in the streets of our home village of Anatevka, mainly because there was nowhere else to go. We set up some chairs, a top table and went big on candles. Who needs walls and a roof when you have the warmth of the love of a whole village?

For our wedding theme, we went traditional. Tradition is very important to my father, Tevye, not that he likes to make a big song and dance about it.

We kept things simple, just a top table with some apples and challah. I guess you could say our theme was rustic chic. If I was a rich girl, I might have been able to put on more of a spread, or invested more in the decorations, but seeing as the whole village showed up, we had to make do.

We literally had zero budget. We had no dowry, no money, no family background — we just had each other and that was enough. 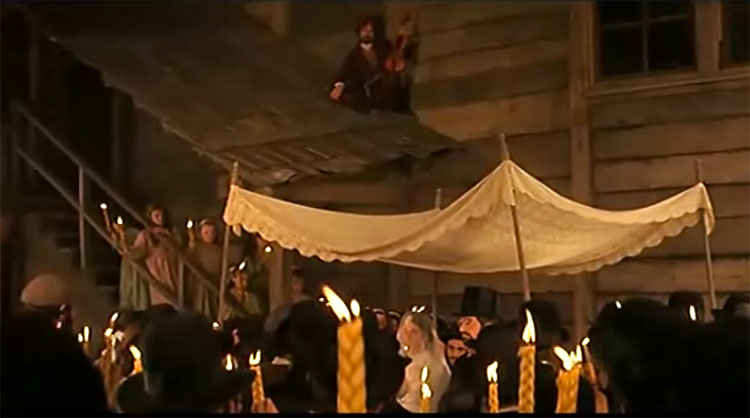 A verbal invitation with no control over the guest list

We didn’t need invitations. We just told Yente not to tell anyone and, of course, she told the whole village. While it was a great money saver, I do wish we’d put more thought into the guest list. It was really awkward when my sort-of ex Lazar Wolf showed up and started a big philosophical argument about arranged marriages. On the other hand, what’s a Jewish wedding without a big old row? 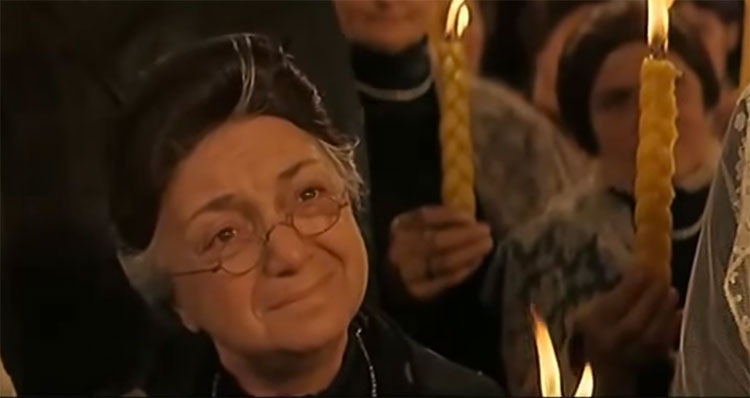 A dress lovingly made by the groom

I was named after my grandmother, Tzeitel, who died ten years before I was born, and so I wore her lace, polka dot veil. It was a real stand-out feature and I loved wearing it.

My husband, Motel, made my dress. There are advantages to being a poor tailor after all. It was a modest A-line high-necked, long-sleeved ivory gown, just nipped in at the waist. Motel lovingly hand sewed the whole thing as he was still saving up for a used sewing machine. 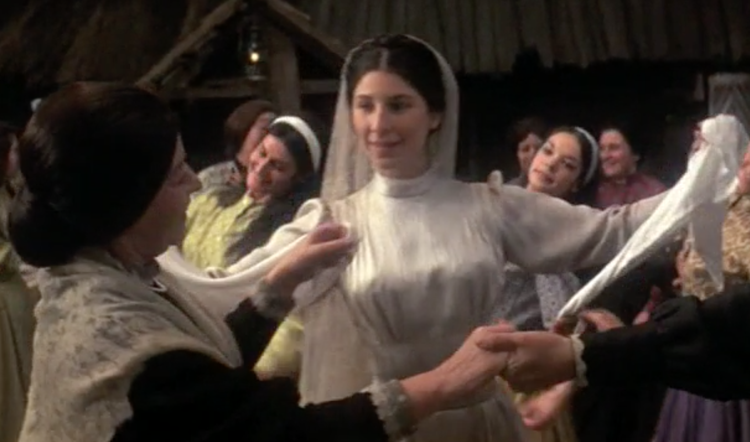 I had four bridesmaids — my baby sisters, Shprintze and Bielke, were bridesmaids while my two sisters who are closer to me in age, Hodel and Chava were my maids of honour.

For their dresses, we chose mismatched coloured, high-necked floral dresses with Peter Pan collars. Well, Peter Pan was actually published the year before our wedding and literature from London hadn’t quite reached Anatevka yet, so we just called them collars. Anyway, they worked perfectly with our rustic theme.

For our chuppah design, we got crafty and had a simple chuppah made from an old lace tablecloth, which I’m pretty sure my parents later recycled as a wedding gift. The wedding ceremony was very beautiful and traditional. No frills, no fuss, just the blessings, the circling of the groom, the smashing of the glass and we were married. Motel kept sneaking adorable little looks at me and, to be honest, I couldn’t take my eyes off him either. 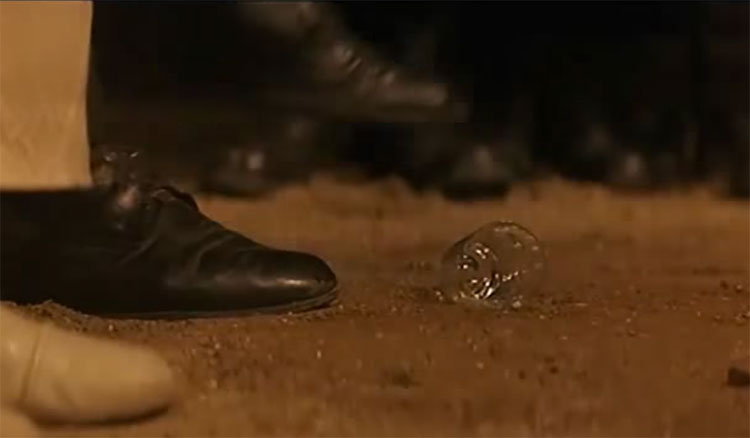 There was an extraordinary amount of improvised music and dancing at our wedding. As we walked down the dirt-track aisle, a klezmer band led the torch-lit procession through to the centre Anatevka. I’d never seen my Motel walk so tall, but that could have just been the top hat he’d literally dusted off earlier that day.

My family spontaneously burst into song during the ceremony (they do that a lot) but miraculously they didn’t seem to disturb proceedings at all. Everyone just carried on with the ceremony as if they couldn’t hear the singing — it was amazing! The song was beautiful and sentimental, until my sister Hodel couldn’t resist making her one line all about her. I mean, call me old fashioned, but you don’t harp on about your own canopy while you’re in the middle of someone else’s ceremony. Rude. 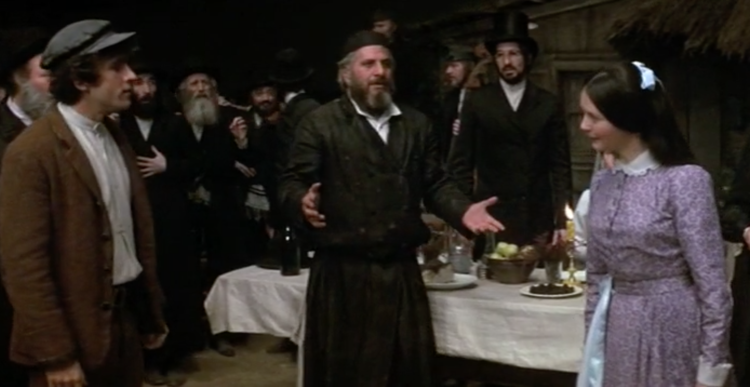 If that wasn’t enough, my sister’s new rebel-type boyfriend got up and insisted that men and women dance together! It was pretty radical, new dances all the way from Kiev. If I’m honest, nobody seemed keen at first, but then the rabbi said it wasn’t strictly forbidden and of course Hodel leapt up to join in. Always has to be the centre of attention, that one.

For the entertainment, my parents booked surprise performers – in the middle of the reception, some guys we’d never met did a whole dance routine while balancing wine bottles on their heads. Before we knew it, the whole band had joined in. A flashmob! It was amazing.

Then we all drank L’Chaim (To Life) and everyone had a great time, until the Tsar’s men came in and ruined it, but we try not to dwell on that. 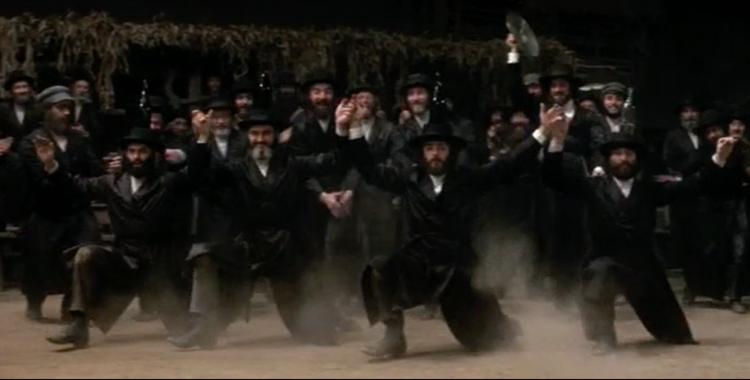 For our wedding presents, we got a new feather bed, two pillows (goose pillows, no less) a Sabbath tablecloth and a pair of candlesticks from our parents and we were happy about that. However, the butcher, Lazar Wolf, gave us five chickens — one for the first five Sabbaths of our married life. It’s not that we were ungrateful, but it did somewhat kill the mood of the honeymoon when we had to slaughter them ourselves, so I would advise future brides to register to avoid any awkward post-wedding chicken bloodshed.

We were just so happy to be getting married that even a pogrom couldn’t destroy our wedding day. We picked ourselves up, dusted ourselves off and got on with married life. We really do feel like now we have everything.

Finally, I’d just like to repeat my wise mother Golde’s advice: “now you must learn from one another day by day” — I’ll remember that every time the going gets tough. 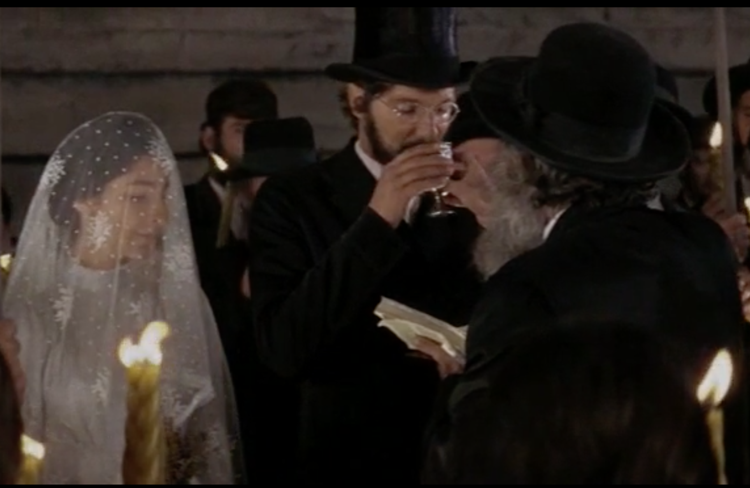