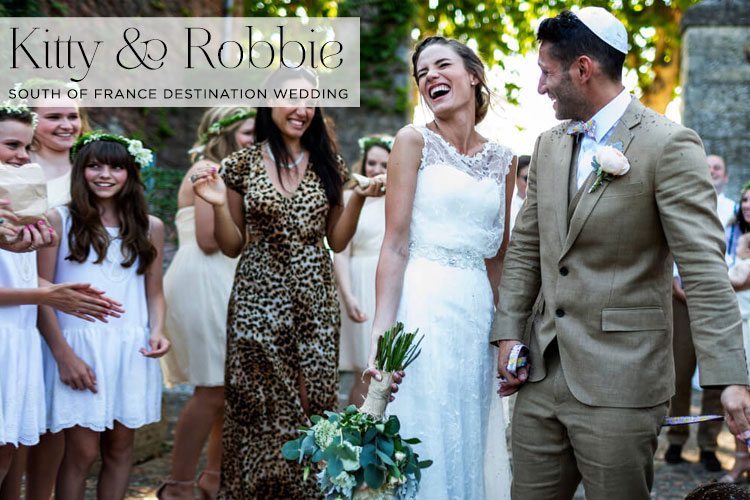 Oh what a treat I have for you today! A super gorgeous couple, and my goodness, where do I start with their delicious destination Jew-ish destination wedding?

It’s designed and planned to perfection by Lucy Till, and it’s just bursting at the seams with details that will make you squeal. Seriously — it’s that good. Kitty’s Sassi Holford wedding dress, the Provencal blooms,  the lavender theme and the home-made touches… it’s all breathtaking. Oh, and Dexter the dog. Don’t even get me started. Let’s not forget Robbie who looks super dapper in his suit and bow tie too (with a matching one for Dexter too!).

I’m approaching things from a slightly different angle today as it’s actually Kitty and Robbie’s very talented wedding photographer —David Morgan — who will be talking us through the bride and groom’s view of the day.

Enjoy this one folks!

Choosing to get married in South of France

David Morgan, their photographer: Kitty and Robbie were married at a charming little French estate called Les Mas des Oules. Les Mas des Oules is a family run estate in ‘Gard Provenà§al’ and it was originally the farm and winery of the chÃ¢teau of Saint-Victor des Oules.

When Kitty and Robbie first went to see the venue it was quite literally a building site as it was in the process of being sympathetically converted by an English couple into eight houses and apartments ranging from one to three bedrooms. The venue is close to where Robbie’s parents have a home so made a lot of sense from that perspective.

Kitty and Robbie fell in love with the views and it was a snap decision with a deposit there and then!

Kitty chose lavender as a theme and, in truth, it was an afterthought. Lavender grows everywhere there and the scent is often in the air. This makes sense when you consider that nothing had been planted when the venue was booked.

Robbie’s sister helped with hair and Kitty did her make-up by by herself. 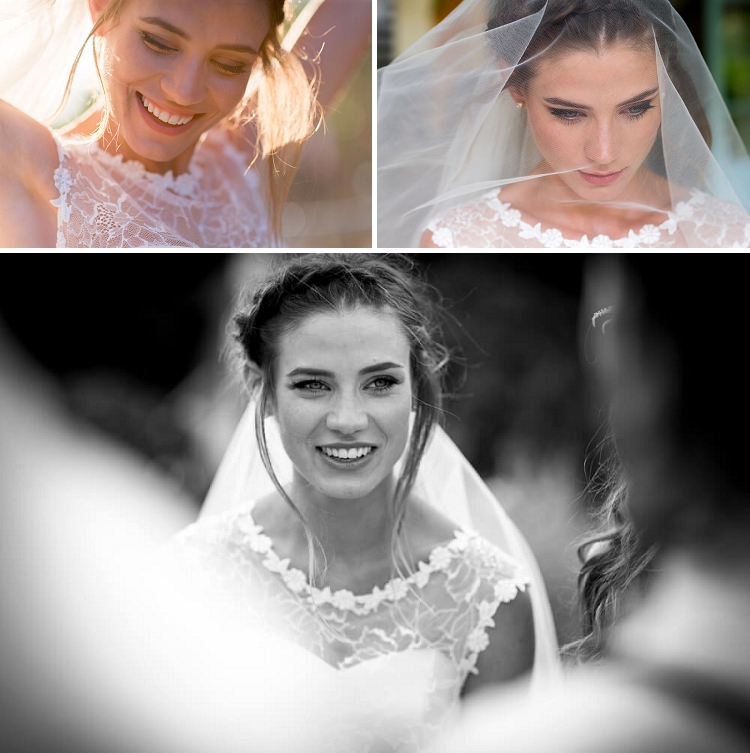 Kitty is not a girl for shopping! Actually she didn’t take to any of the dresses in the shop at the time and was really rather disappointed. While she was getting dressed, a courier arrived with some stock for the shop and a new dress came in and, as if by magic, it was “the one”. 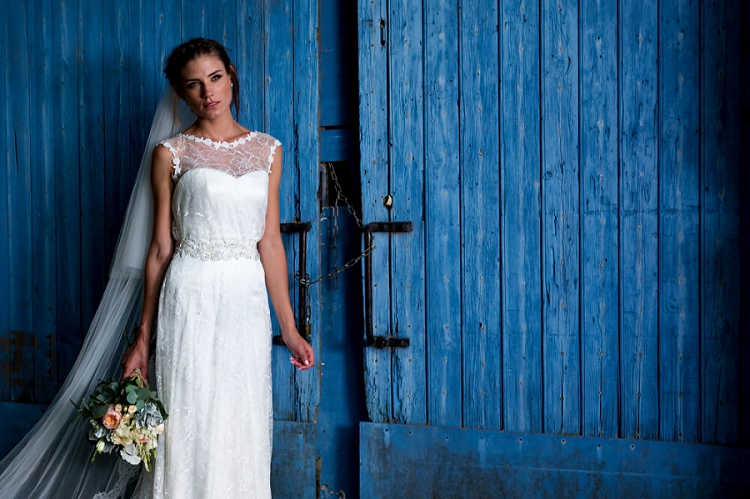 Robbie wore a  J.Crew suit from the US and his family brought it over for him to France for the wedding.

Robbie’s key accessory was his bow tie from Mrs Bow Tie. There was even a matching one for Dexter the dog too! 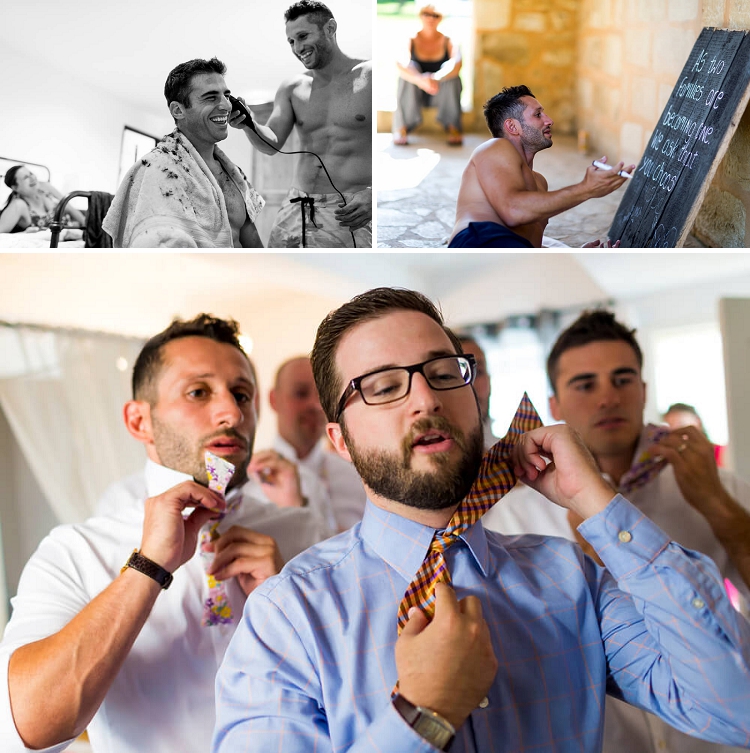 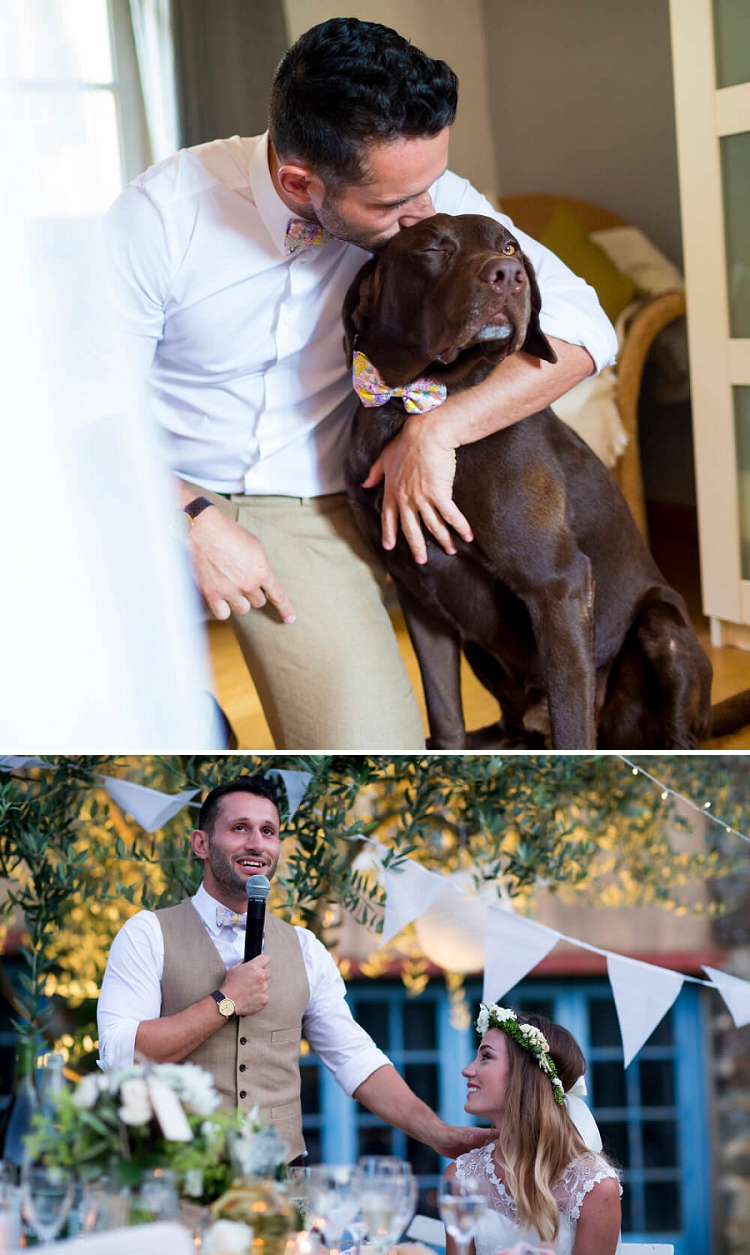 Kitty and Robbie’s original florist disappeared so the couple turned to Lucy Till, their wedding planner, for help. As a result, the flowers were so much better than Kitty ever imagined they could have been. In addition, they also made the chuppah for them from scratch and all  by hand on the day too!

Kitty has known David Morgan for years and used to model for him on shoots. It is important to have someone shooting the wedding that you can trust, get along with and have the experience to deliver the best possible images. Jewish weddings can be hard to shoot well and David has a lot of experience in the field. Oh and our wedding images were amazing! We love them! 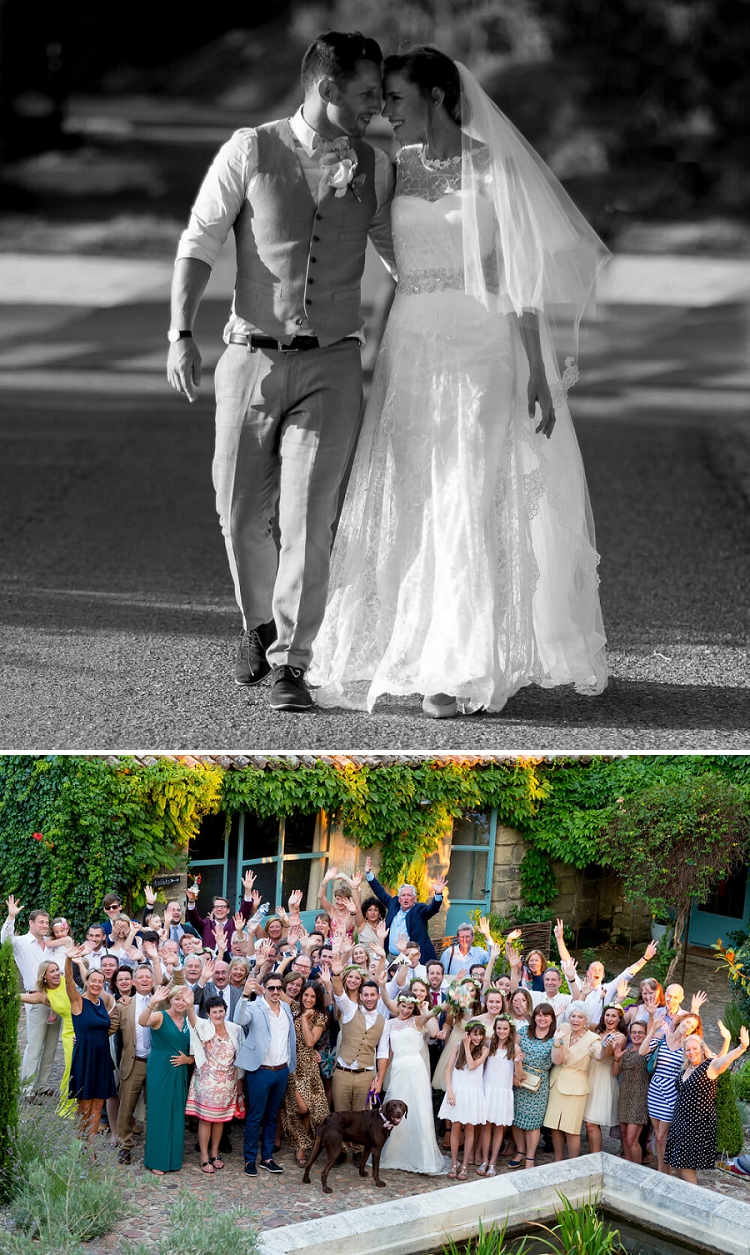 Music during the day…

The story behind the band during the day is an interesting one. They are called Gig Street. It is a talented bunch of musicians and they are a New Orleans band. Kitty and Robbie saw them playing in the street in Isle Sur La Sorgue and remembered them and asked their wedding planner to get hold of them.

…and during the evening

The evening band were English guys who live in Nice. Kitty and Robbie searched for band in France on YouTube. They aren’t a wedding band though and had to work hard with their agent to get them to come. They are called Sons Of Guns. 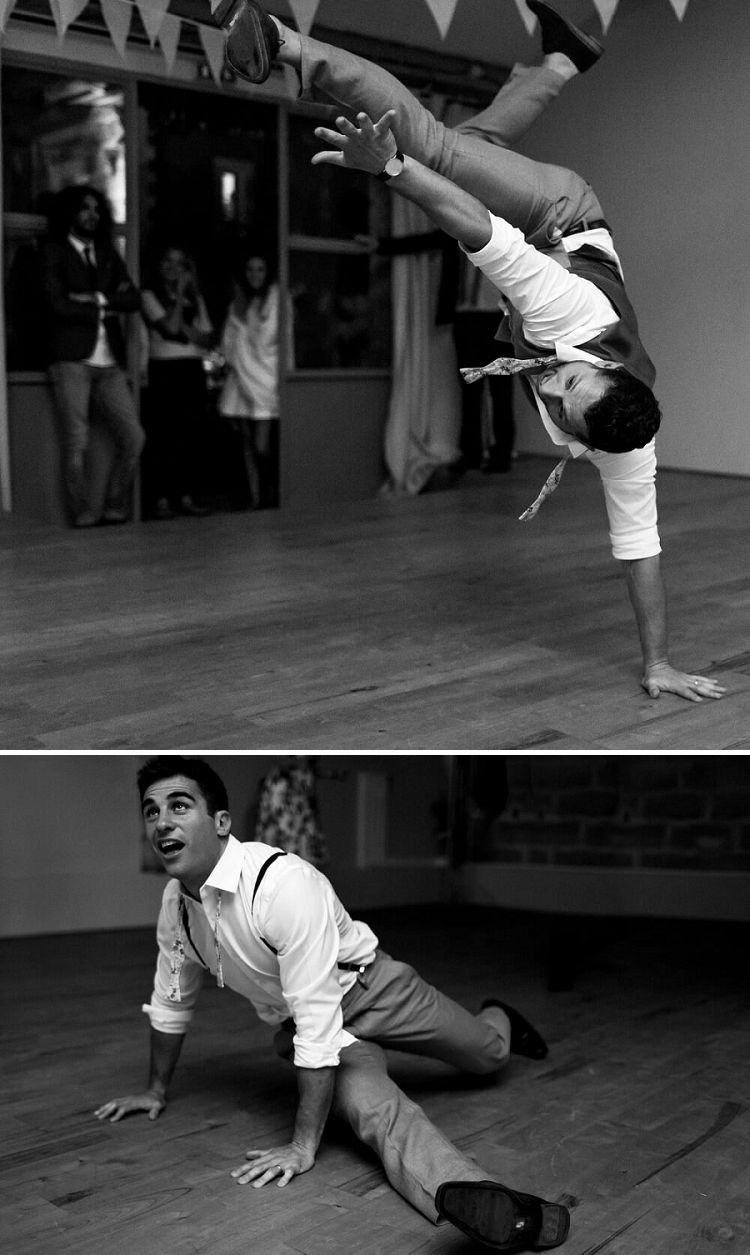 Kitty and Robbie spent a lot of time choosing their cuisine and their planner, Lucy Till helped too. Their chosen chef has won an award for best chef in South of France so it was not normal wedding food! 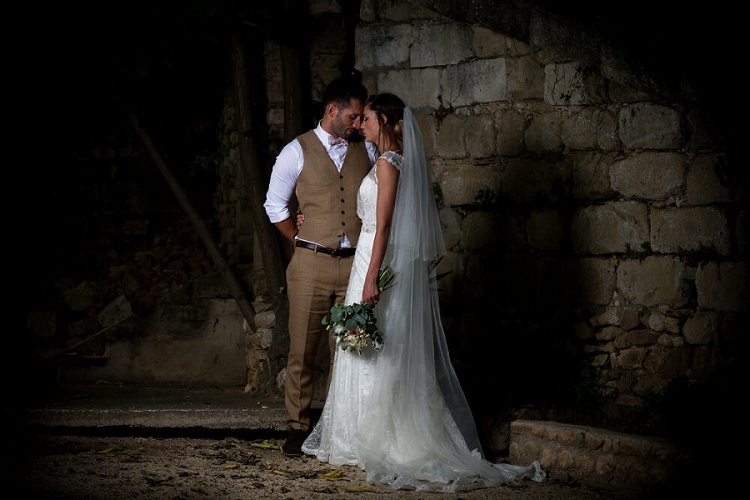