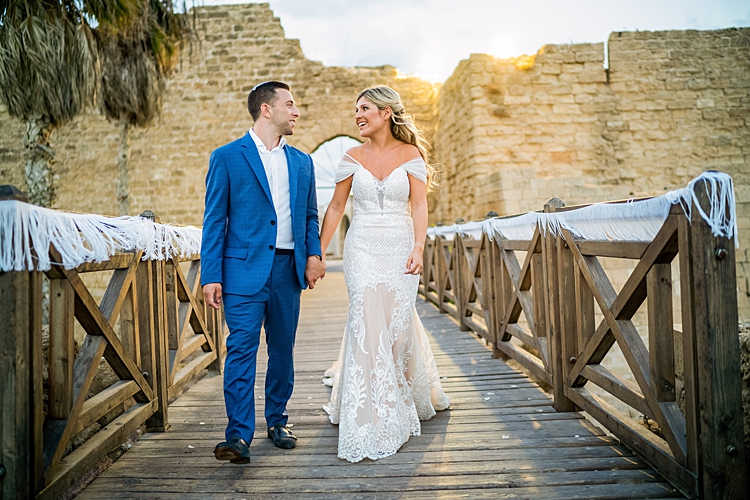 Planning a wedding during COVID isn’t easy. You’ve got to be prepared to roll with the punches, make last-minute changes, and generally have a wedding that might look pretty different than the one you’d had your heart set on.

But even with all that, some of the Jewish weddings we’ve seen that have been most affected by the pandemic have also been among the most stunning – ever. Take the fabulous Israeli nuptials of Tash, who works for an online glasses company doing customer service, and Nick, who does marketing and events for a healthcare software provider. These two made aliyah in 2021, and while they wanted to celebrate in their new home, travel restrictions made it uncertain as to whether overseas loved ones would be able to make it.

And even though plenty of things didn’t quite go to plan – the couple went through several changes of venue before settling on the fabulous Caesar Yam; their guest list went from 200 to 65, and some friends and family joined in via livestream rather than in person – this day was nothing short of magnificent.

We’re in love with the beachy, nautical décor – and how gorgeous is that stunning white floral chuppah? – and for all the challenges leading up to the day, there was clearly so much joy and love. Don’t miss the incredible photos from Smashing The Glass Recommended Vendor Herschel Gutman, who the couple report was a delight to work with, as always.

Now over to Tash… 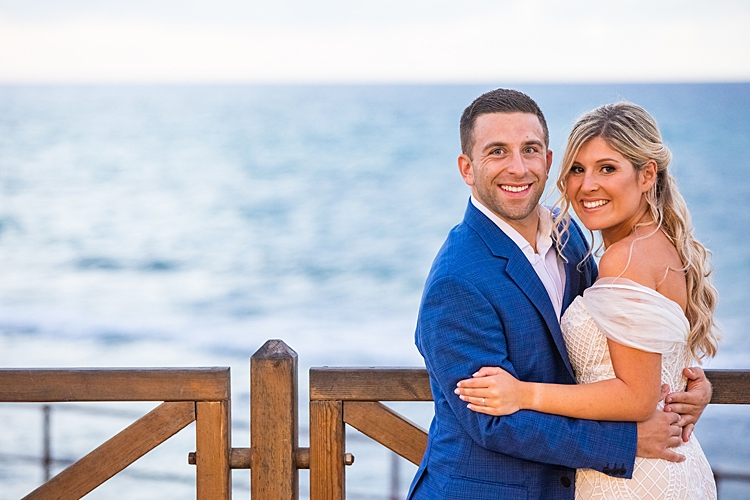 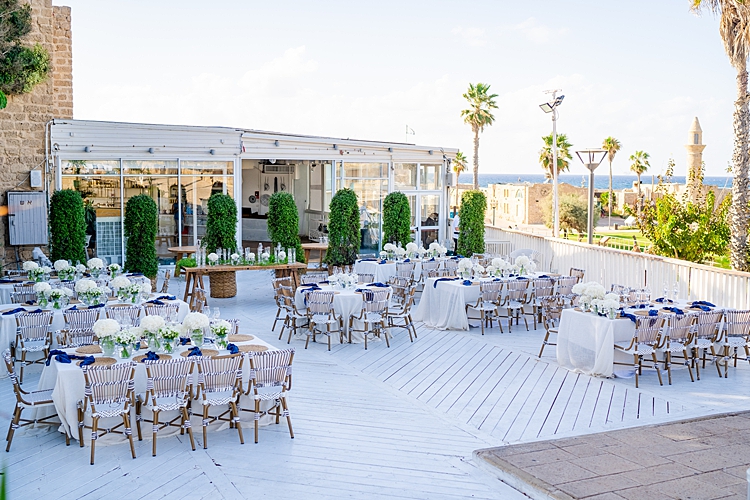 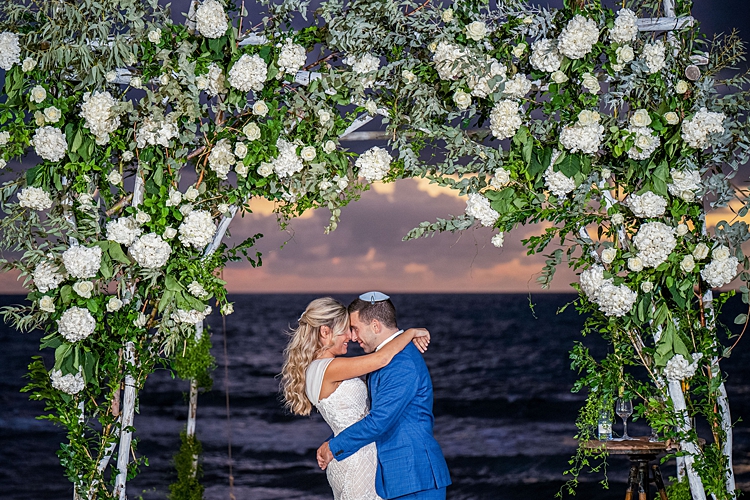 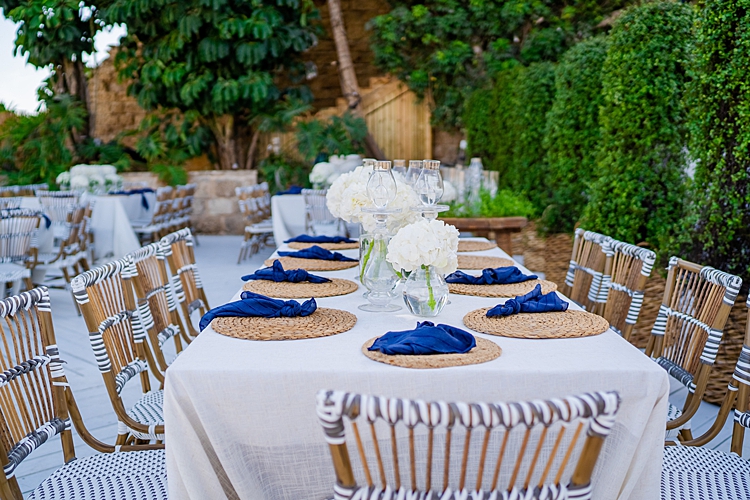 Tash, the bride: We met on an app called J Crush in November 2014. Nick was on a year abroad in Paris as part of his degree with Aston University in Birmingham, and I was in my second year at University of Leeds. We spent the first year of our relationship meeting in either Paris, Leeds, Scotland (Nick’s hometown) and London (my hometown) so it was an adventure from the start. END_OF_DOCUMENT_TOKEN_TO_BE_REPLACED 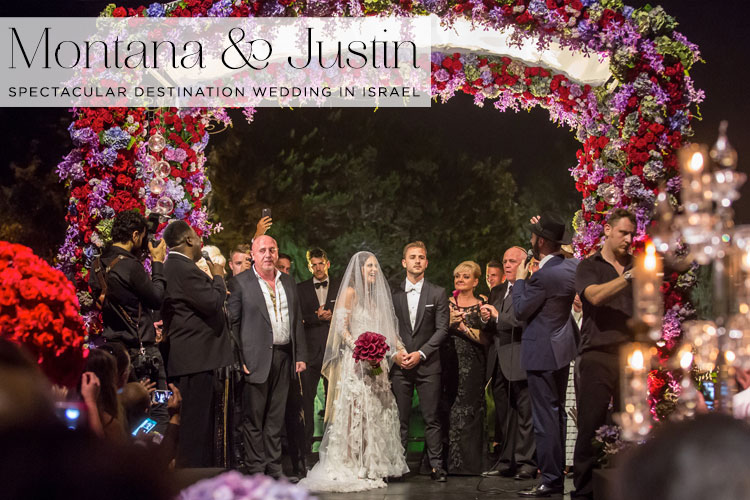 I promise you what you’re about to see is truly epic. This folks is how to do a super cool, super chic lavish destination wedding in Israel.

Montana and Justin, from South Africa, married at Ronit Farm (Havat Ronit), one of Israel’s most dazzling wedding venues. What’s more, the clever team at Danny Marx brought to life something I have never seen before: Montana had decided that she wanted to walk down the aisle to the chuppah while everyone was already seated at their tables, so all the guests were seated at one giant ‘S’ shaped table that also served as the ‘catwalk’ down to the chuppah (I mean REALLY!).

There are so many things I love about this wedding that I’d be here until midnight listing them all for you but I will say that I love a bride who chooses a black colour scheme (so different) and 17 bridesmaids dressed in black! I also love that the couple chose the same first dance song as Montana’s grandparents had. Her grandparents have been married for 60 years and joined them on the dance floor for the first dance. So special, right?

Montana and Justin certainly know how to throw a party. And throw a club-like Ibiza-style party they did, complete with pyrotechnics, dancers covered in lights, fire flames… THE LOT! Just wait until you see the photos by Eran Beeri and Eyal Gaziel and wedding film by Aleksey Malev.

Oh and I love the array of favours handed out… from selfie sticks to fans to sandals to hip flasks filled with different cocktails that guests could enjoy on their coach ride home. See? I told you this wedding is EVERYTHING!

Montana and Justin, take it away…

Montana, the bride: Justin and I met when we were 14 years old. We were in the same class in our first year of high school. We were best friends and over the years it developed into a love story. We dated on and off throughout high school and reconnected again after school when we were 22. The rest is history — we have never looked back!

Choosing to get married in Israel

We got married at Ronit Farm in Israel. We attended a wedding there a few years ago and I decided then and there that I would get married there. As a South African, it is hard to have a local wedding that is special and different so we thought a destination wedding would be best. And what better place to get married than in Israel!