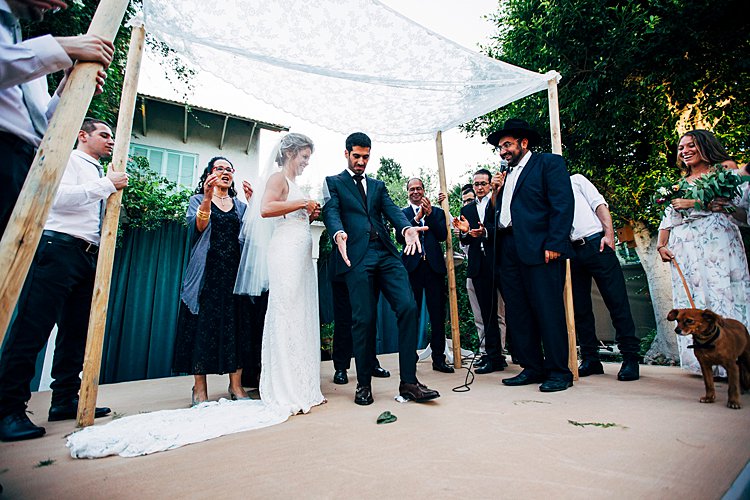 A New Orleans-meets-Tel Aviv wedding?! Yes, please – what’s not to love about a big day that combines the best of two of the world’s greatest party cities? Bride Laura, who runs her own English teaching business in Tel Aviv and teaches high school humanities, knew from the start she wanted to combine her American Southern background with the all-Israeli roots of groom Elad, a front end web developer for a start-up company.

Sounds like a tall order, right? But nothings’ too much for the team at amazing Smashing The Glass Recommended Vendor Bebke, who understood exactly what the couple wanted and fused together their vision of an eclectic New Orleans style meets funky Israeli vibe to create a one of a kind wedding. Even the catering got in on the game – Smashing The Glass Recommended Vendor Maasia worked New Orleans French style, American southern, and Mediterranean Israeli food into the menu, and scored a runaway hit with late-night corndogs that guests are still raving about!

As if the theme weren’t awesome enough, we’re equally obsessed with all of the personal touches these two put into their big day. Laura and Elad wanted their brothers – four between the two of them – to hold each corner of their chuppah, so they went with a simple hand-held bamboo setup to make it happen. They also had a “dog of honor” – their beloved Kimchi – join them under the chuppah! We’re in love with Smashing The Glass Recommended Vendor Ronen Boidek’s breathtaking photos of it all – as Laura said herself, he is just so skilled at capturing “not only the big moments but the small ones as well.”

Now over to Laura, who looked so beautiful in her Julie Vino dress… 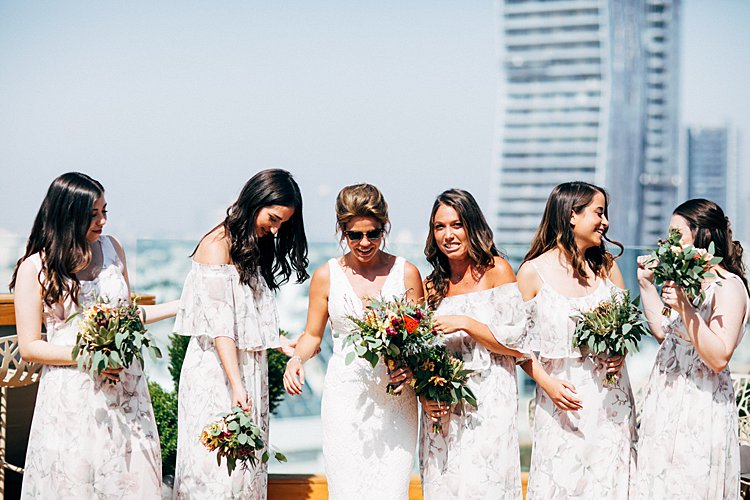 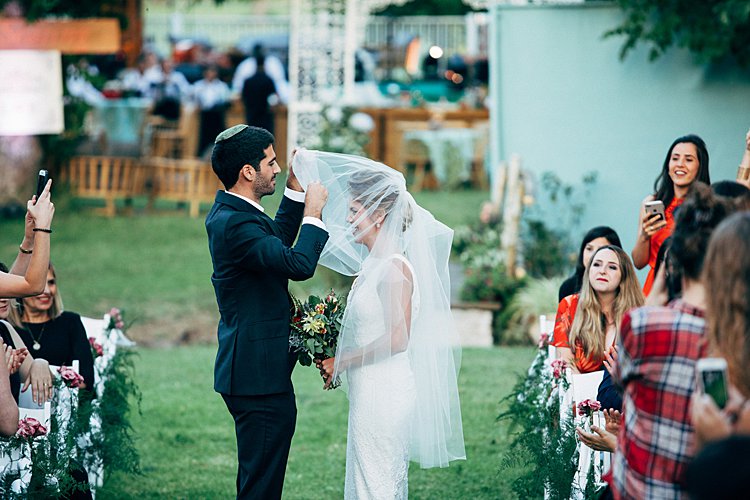 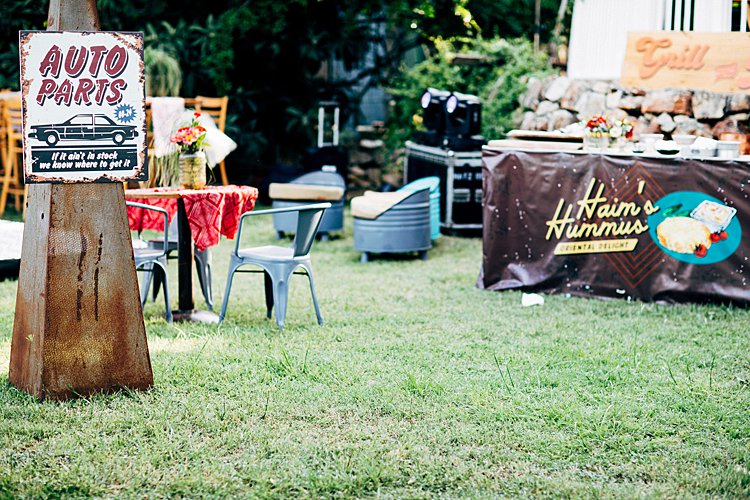 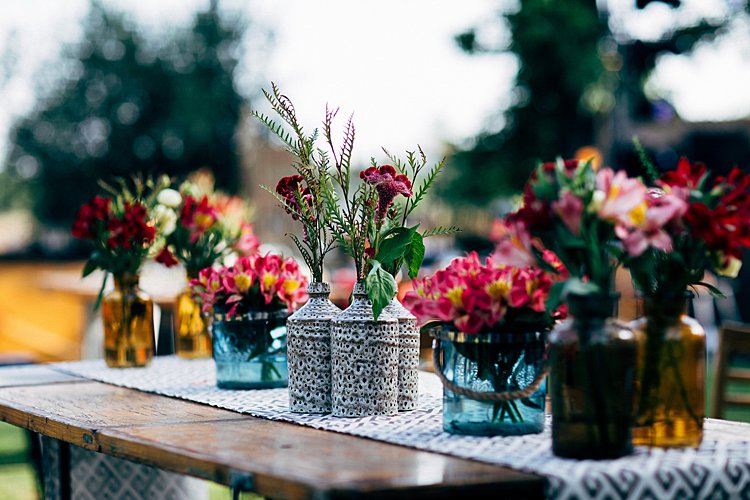 Laura, the bride: We met on Tinder believe it or not, when it was brand new in Tel Aviv. We both were receiving hundreds of matches but somehow I ended up answering his message. Our first conversation was about our music taste which wasn’t the standard topic when Tinder first began. I had a gut feeling there was something there. We went on a date a few weeks later and took off from there. That was almost five years ago.