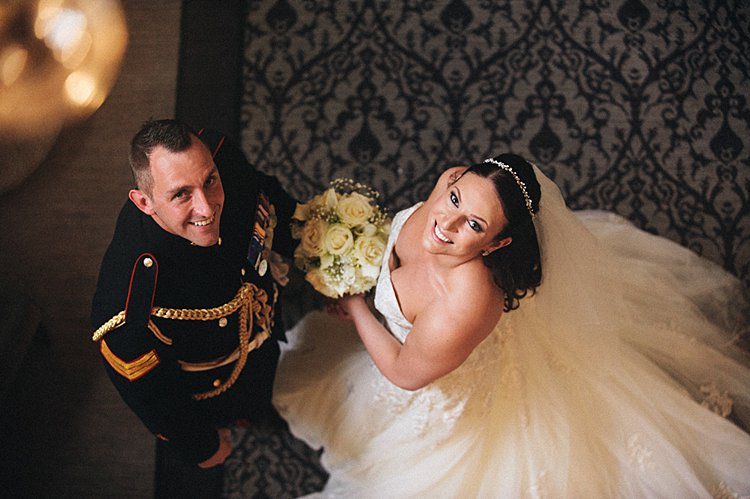 Today’s Jew-ish wedding features a wonderful blend of the couple’s Jewish and Scottish heritages, with so many heartfelt personal touches. Leigh (@Leighjshhh), a personal assistant and team secretary, and Steven (@Hunter941), an ammunition technician in the British Army, married at The Principal Hotel in Edinburgh.

Leigh, who is Jewish, and Steven, who is Scottish, crafted an ultra-personal day that combined their two cultures seamlessly. They paired their registrar-run legal ceremony with a Jewish blessing from a rabbi they worked with closely to create a very personal service.

We just love how this couple strove to run their day in a way that was true to who they are, individually and as a pair, and that would feel inclusive to all of their guests. They had an archway of flowers instead of a chuppah; they didn’t have a ketubah but did smash the glass — and to make sure everyone could follow along, Leigh made a program explaining the Jewish traditions. In a very cool nod to Steven’s Scottish heritage, the color scheme of teal and gold was taken from his family tartan.

But we think our favorite way Leigh and Steven blended their backgrounds is through music — and dance. Their DJ, Graeme Barrie Entertainment, not only played music for the Israeli dancing; he also served as ceilidh caller (instructor) for their Scottish dancing! Check out Cro+Kow Photography’s stunning shots of the couple and their guests in action.

Now over to Leigh, who looked beautiful in her strapless ivory Modeca gown… 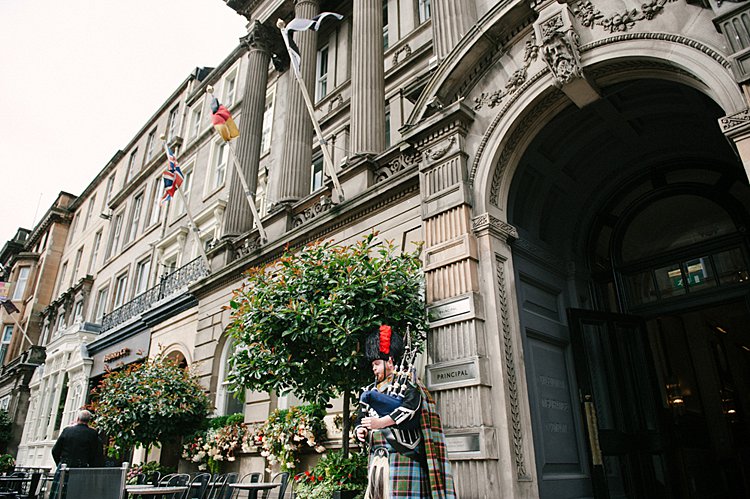 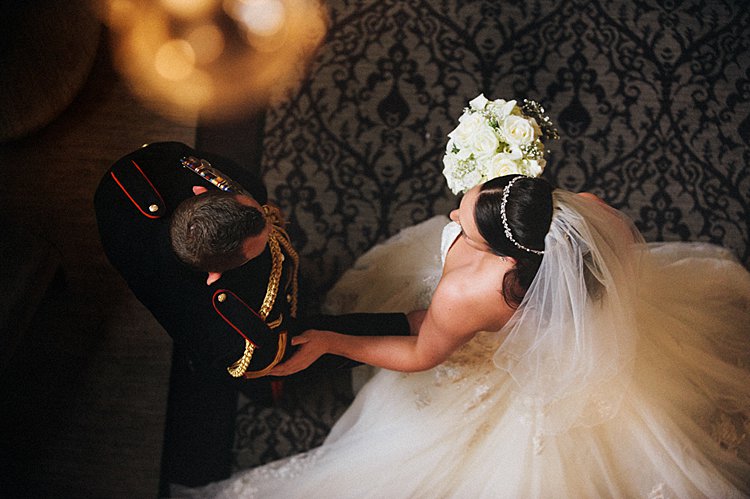 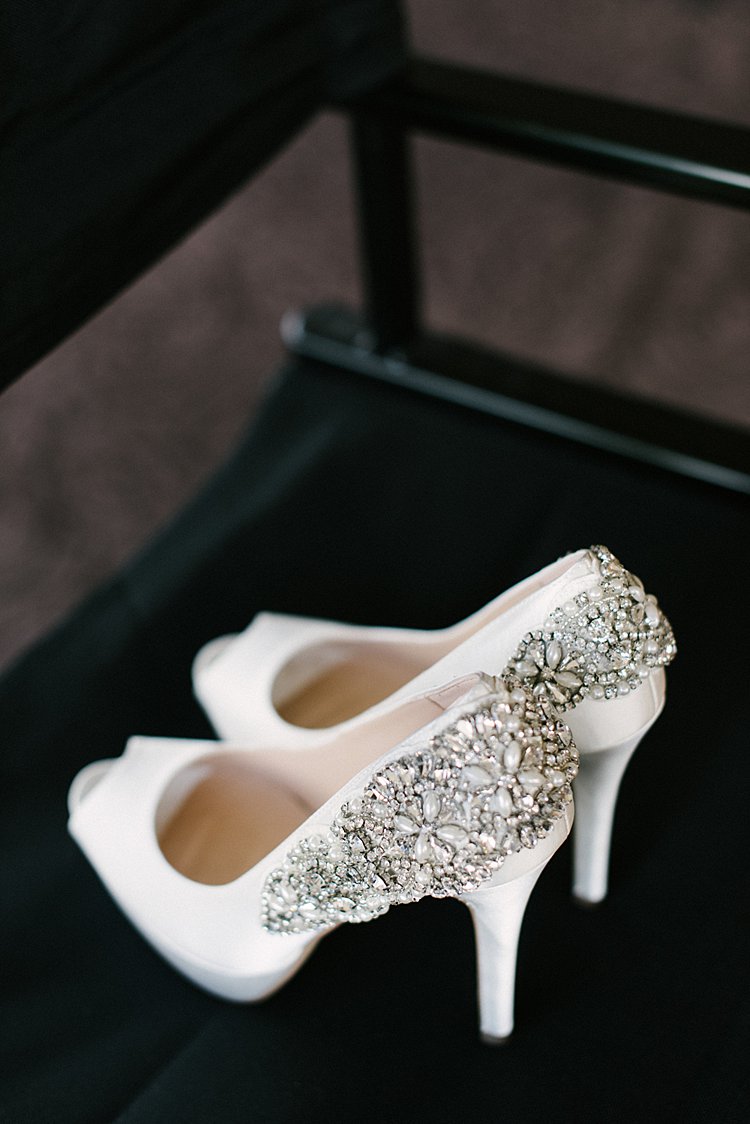 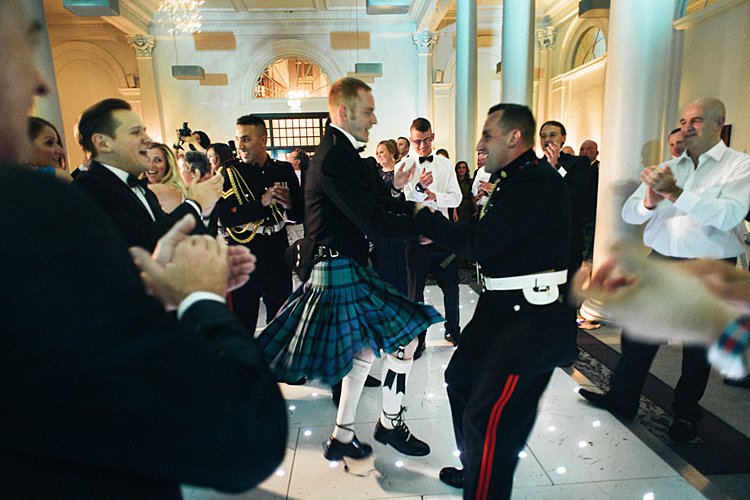 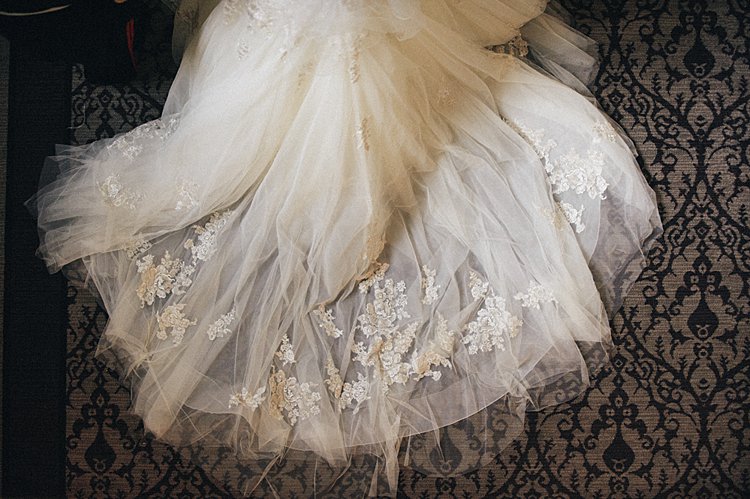 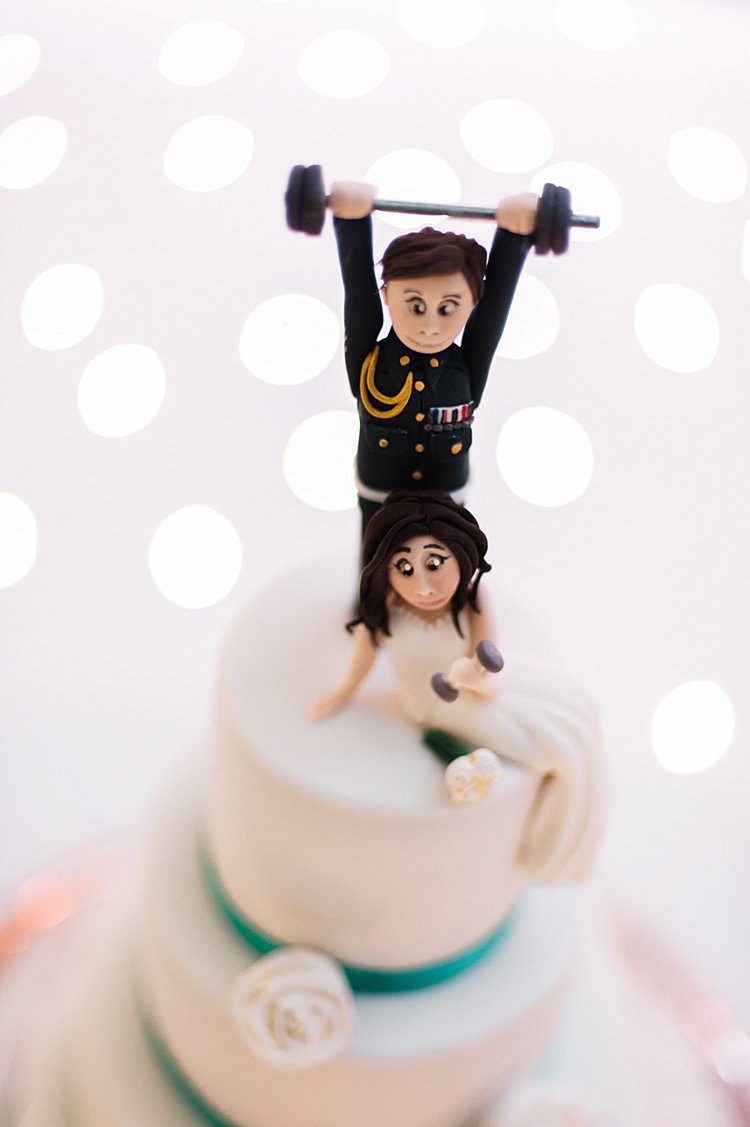 Leigh, the bride: We met at a mutual friend’s wedding. We both knew the groom, and after both of us enquiring about the other we started chatting and knew almost instantly that this would be a conversation that would never end!

Nearly four and a half years later, after an entire long-distance relationship, we got married ourselves and now start our new journey together as husband and wife – and finally living together!