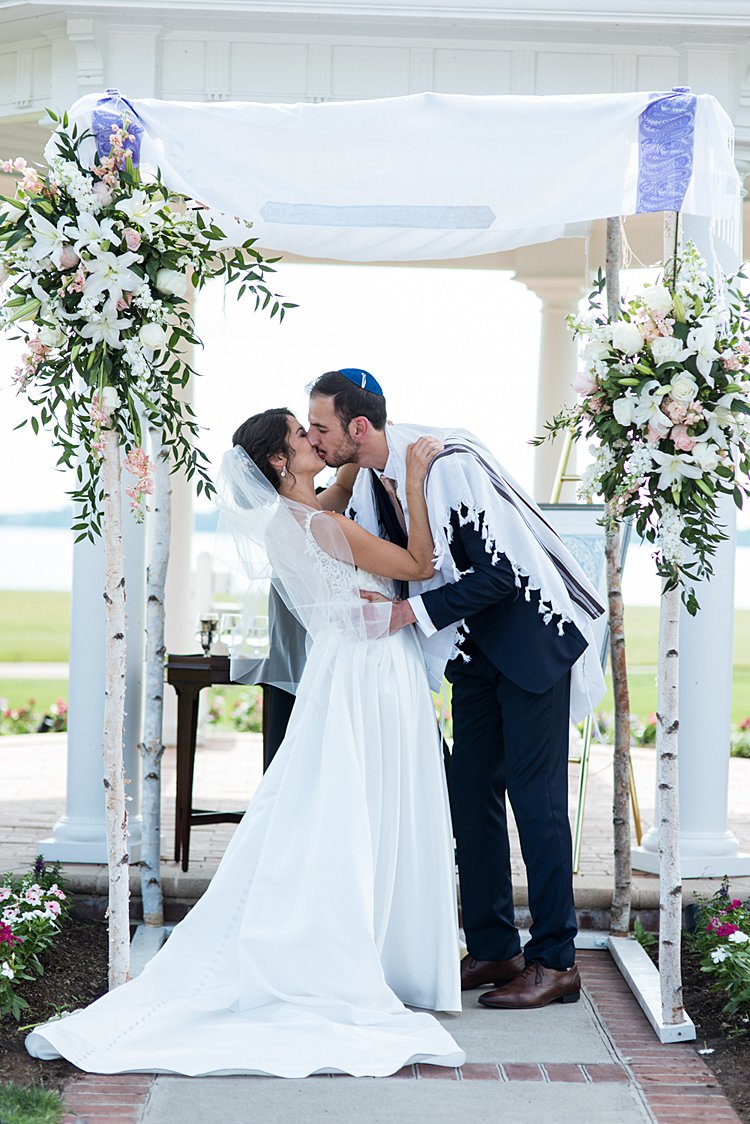 Chag sameach, smashing readers! We hope you’re having a wonderful Rosh Hashanah, however you choose to celebrate – to paraphrase our tag line, your Rosh Hashanah, your way!

Speaking of which – we just love it when a couple merges their backgrounds into a Jewish wedding that’s so perfectly them it couldn’t possibly be anyone else’s. Like Lauren and Josh. American bride Lauren, who works in communications, and English groom Josh, can accountant, wed in the most beautiful waterfront spot in Lauren’s home state of Virginia.

Combining the bride’s Reform Ashkenazi background with the groom’s Sephardi Orthodox upbringing was paramount for these two – as was crafting a fully egalitarian ceremony – and we think they did a fantastic job working both of their traditions plus their shared modern values into their beautiful ceremony. For instance, their gorgeous ketubah from Smashing The Glass Recommended Vendor Ketubah.com displays the traditional text with the Liebermann clause included, alongside an English translation of the couple’s choosing. And while mostly keeping the ceremony traditional, the pair opted to exchange rings and to skip out on circling. We’re obsessed with Maria  Grace Photography’s joyous, emotional shots of  the chuppah – and the whole fantastic day.

And how sweet is it that Lauren’s father built the couple’s simple birch chuppah, which Lauren and Josh covered with both of their tallitot from growing up! 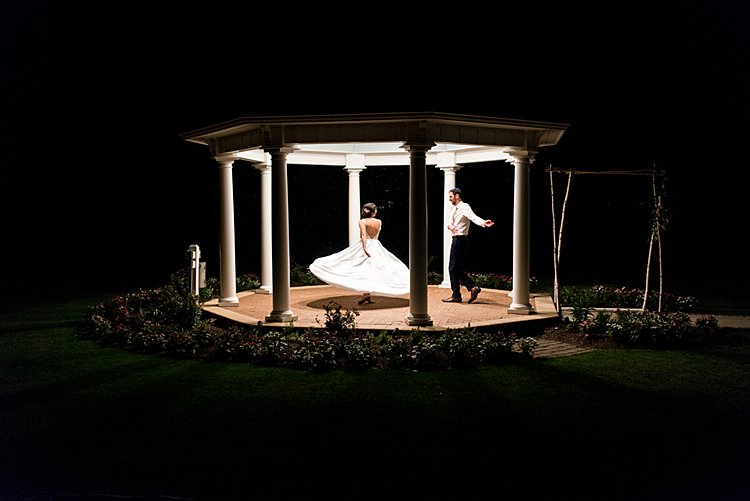 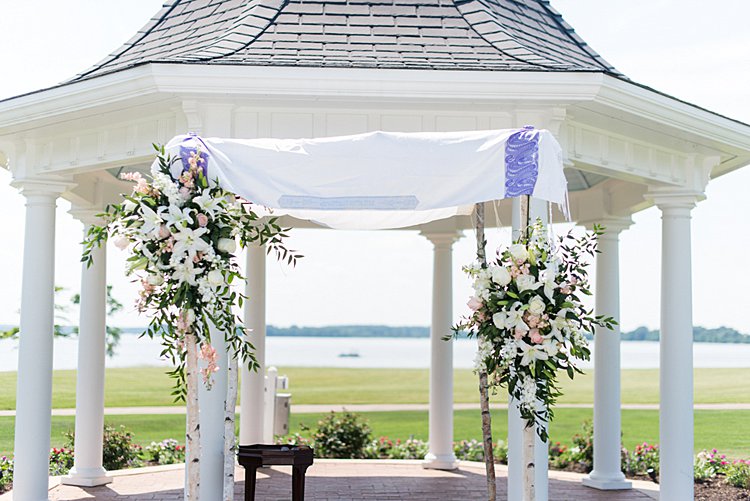 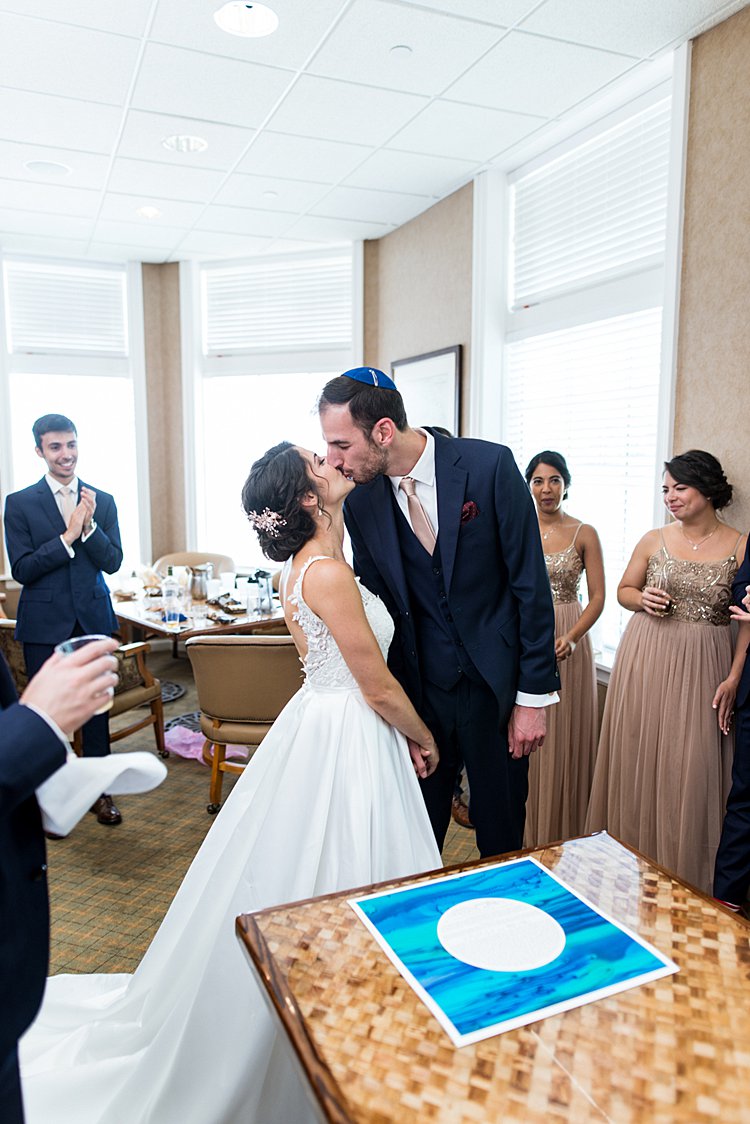 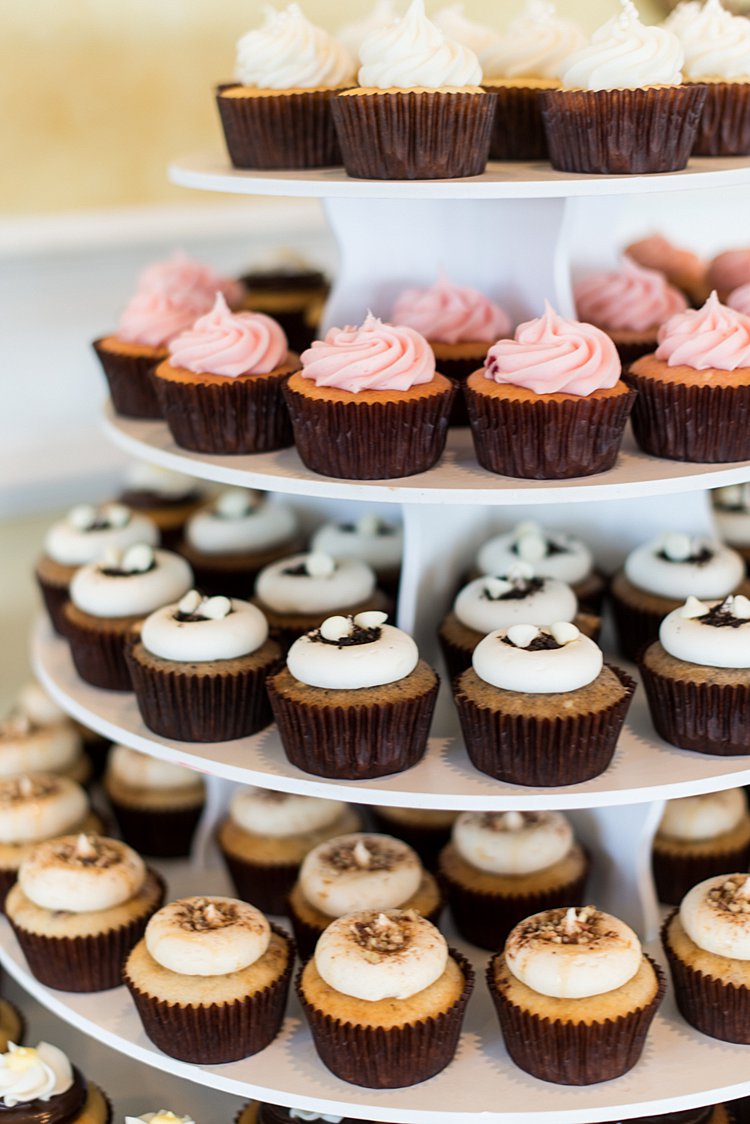 Lauren, the bride: We met one summer during university; Josh decided to do a summer work program in America and somehow ended up working as a lifeguard at a water park in Virginia. We became friends later in the summer and decided to go traveling together the following year once we finished uni. We ended up dating shortly after the start of our travels and spent our first year of dating traveling around Europe, Australia and the US.