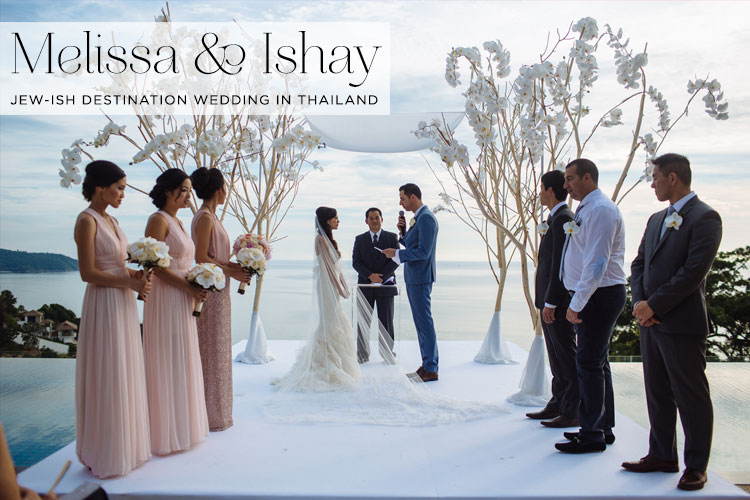 From the introductory image above, it’s fair to say that Melissa and Ishay’s Jew-ish wedding is going to be seriously swoon-inducing… and it doesn’t stop with that extraordinary ceremony setting either. Their entire W Day is dazzling from start to finish with a beautiful back story of love crossing continents and eclipsing expectations.

Thai-American Melissa, and Israeli-born Ishay met in an Irish pub in Uganda (yes, really!) and everyone told them they were crazy to think their relationship could last.

As Melissa says, “After our time in Africa, and a year and a half of Skype video chats and international flights around the world, to and from Uganda, Israel, Thailand, and San Francisco, we embarked on a new adventure together – The East Coast. Then one evening when I was on call, Ishay decided to surprise me in my new apartment in New York City with over 400 candles. Who knew Ishay could be so romantic? Of course, I said yes.”

Oh I do love a good international love story (did you know that both my parents’ and my brother’s marriage are the culminations of long-distance relationships?) and the incredible story behind their relationship is told in their own words in one of the most moving wedding films I’ve ever watched – tears in my eyes. You absolutely have to see it – it’s just below.

Super stunning Melissa married the love of her life in a breathtaking Vera Wang gown, and if there is one word to describe this gorgeous couple’s big day then it’s WOW. From the show-stopping fireworks to those beautifully decorated long tables at dinner, to the exquisite displays of flowers and that chuppah on the infinity pool set against the backdrop of the Indian ocean, it all looks spectacular.

But that carefree shot at the end of both of them jumping into the swimming pool in their half-dressed wedding attire? That’s my favourite.

Enjoy this Tuesday treat of a wedding with words by the bride, images by Julian Abram Wainwright and the must-watch film below by David Pritchard from Imageforge Asia 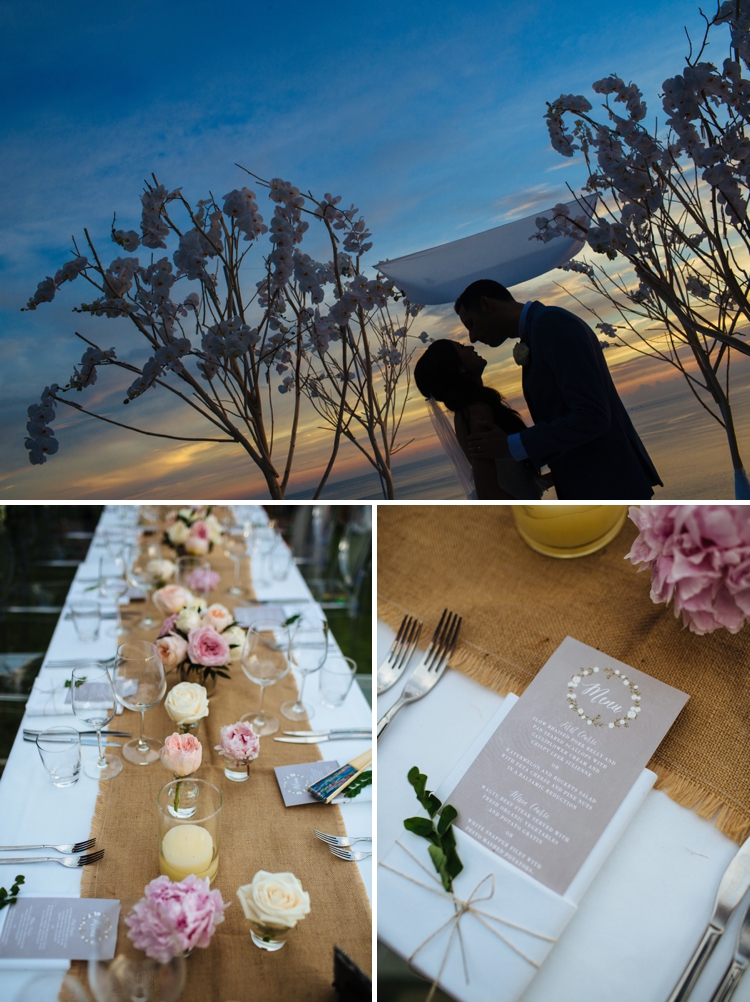 Melissa, the Bride: It started in an Irish pub in the middle of Uganda. I know, right? Ishay moved from Israel to Uganda to pursue a new life adventure. I took a year off from medical school to engage in medical research in Uganda. True to ex-pat living in East Africa, all good things came out of the regular go-to hang out place, the “local” Irish pub known as “Bubbles.”

It would be nice to say that it was love at first sight for both of us. If you asked Ishay, he would probably say that Melissa just never met anyone like him before. If you asked me, I would probably say that I initially was just not that impressed. Luckily, Ishay is persistent or, at the very least, stubborn. On the second meeting I became intrigued. By our first date, we were both hooked. We just couldn’t get enough of each other. Six months after spending time together in East Africa, what appeared to be the most unexpected love story was expected, by everyone, to end.

I moved back to San Francisco to finish medical school. Ishay stayed in Uganda to continue working. In less than a year, Ishay moved back to Israel to finish college. After a year and a half of Skype video chats and international flights around the world, to and from Uganda, Israel, Thailand, and San Francisco, we embarked on a new adventure together – The East Coast.  And then on one fall evening when I was on call (shocking for some but, dermatology residents do take call), Ishay decided to surprise me in my new apartment in New York City with over 400 candles. Who knew Ishay could be so romantic? Of course, I said yes.  Over the next two years, we had a civil ceremony in New York City at City Hall, had a traditional Buddhist ceremony in Bangkok, and finally, we had our wedding in Phuket.
END_OF_DOCUMENT_TOKEN_TO_BE_REPLACED 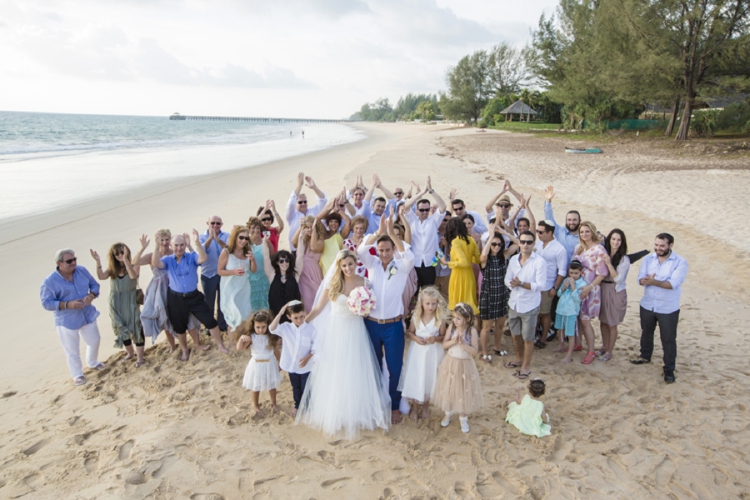 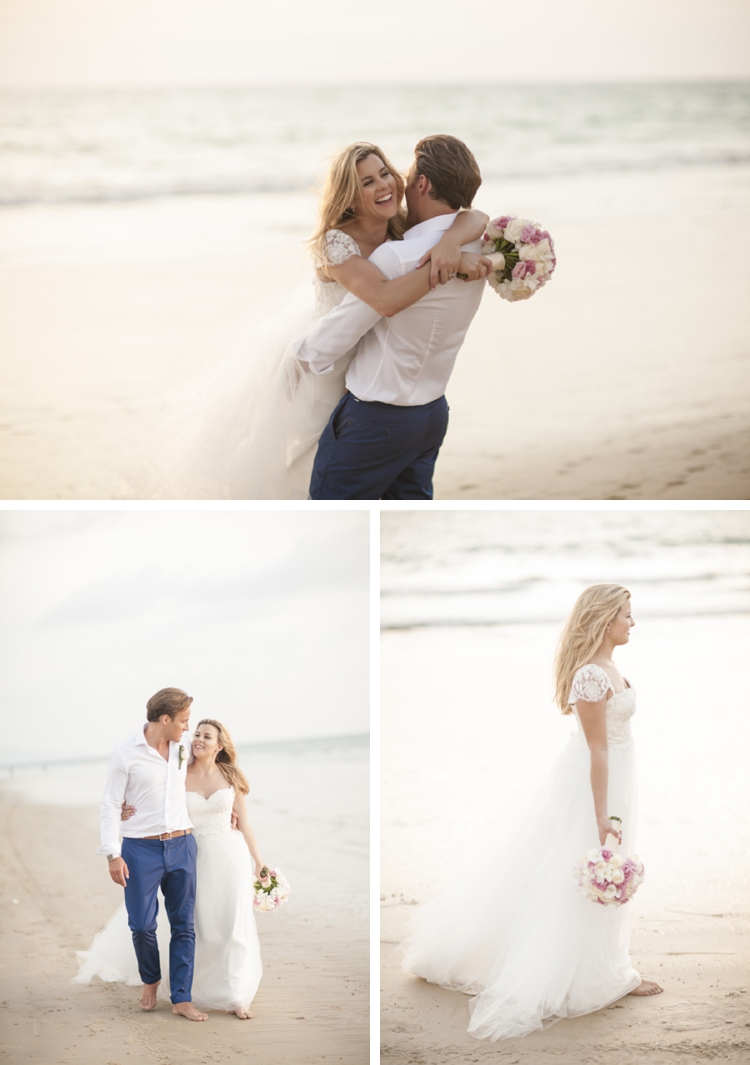 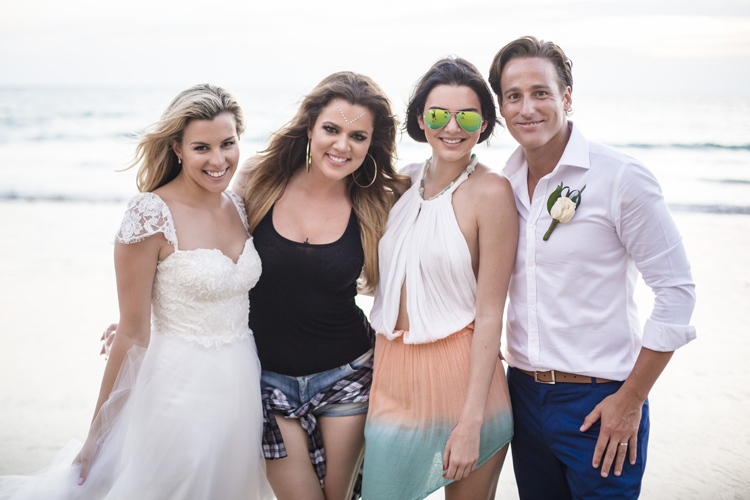 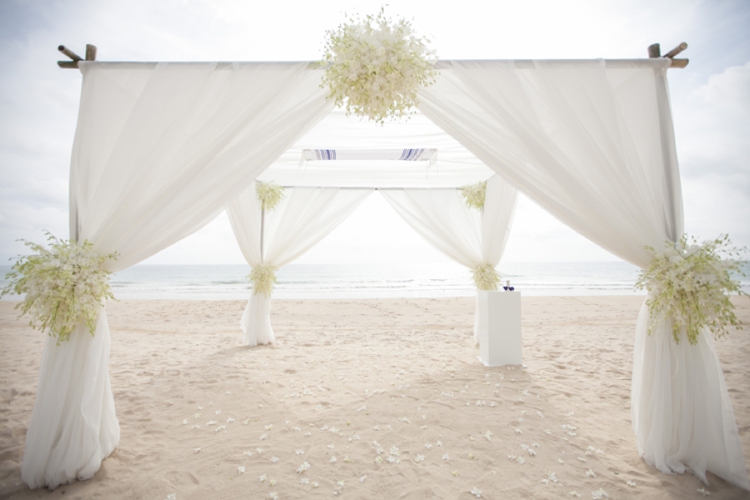