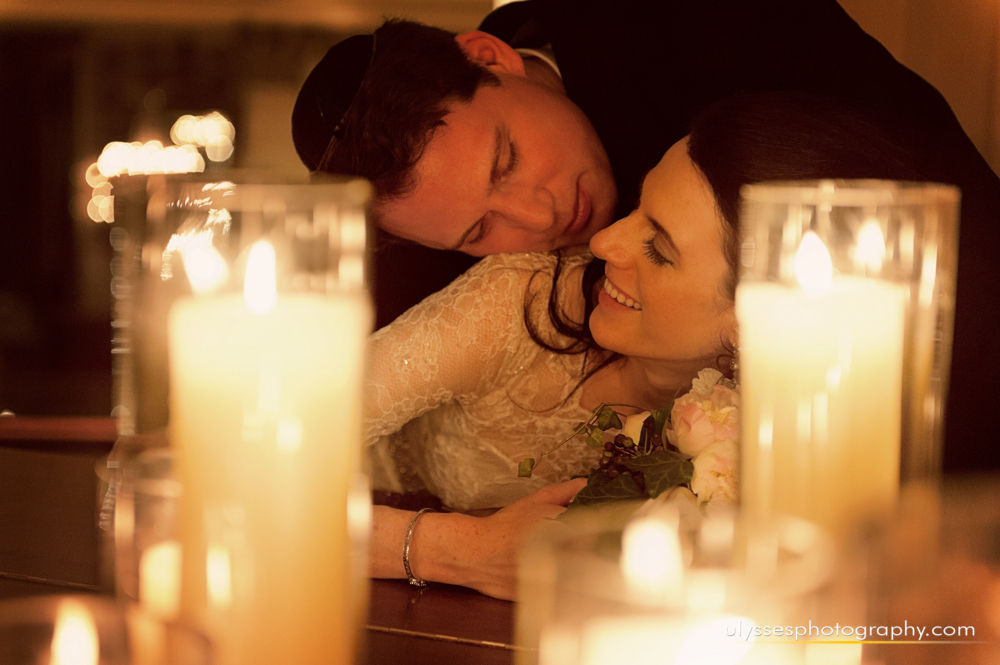 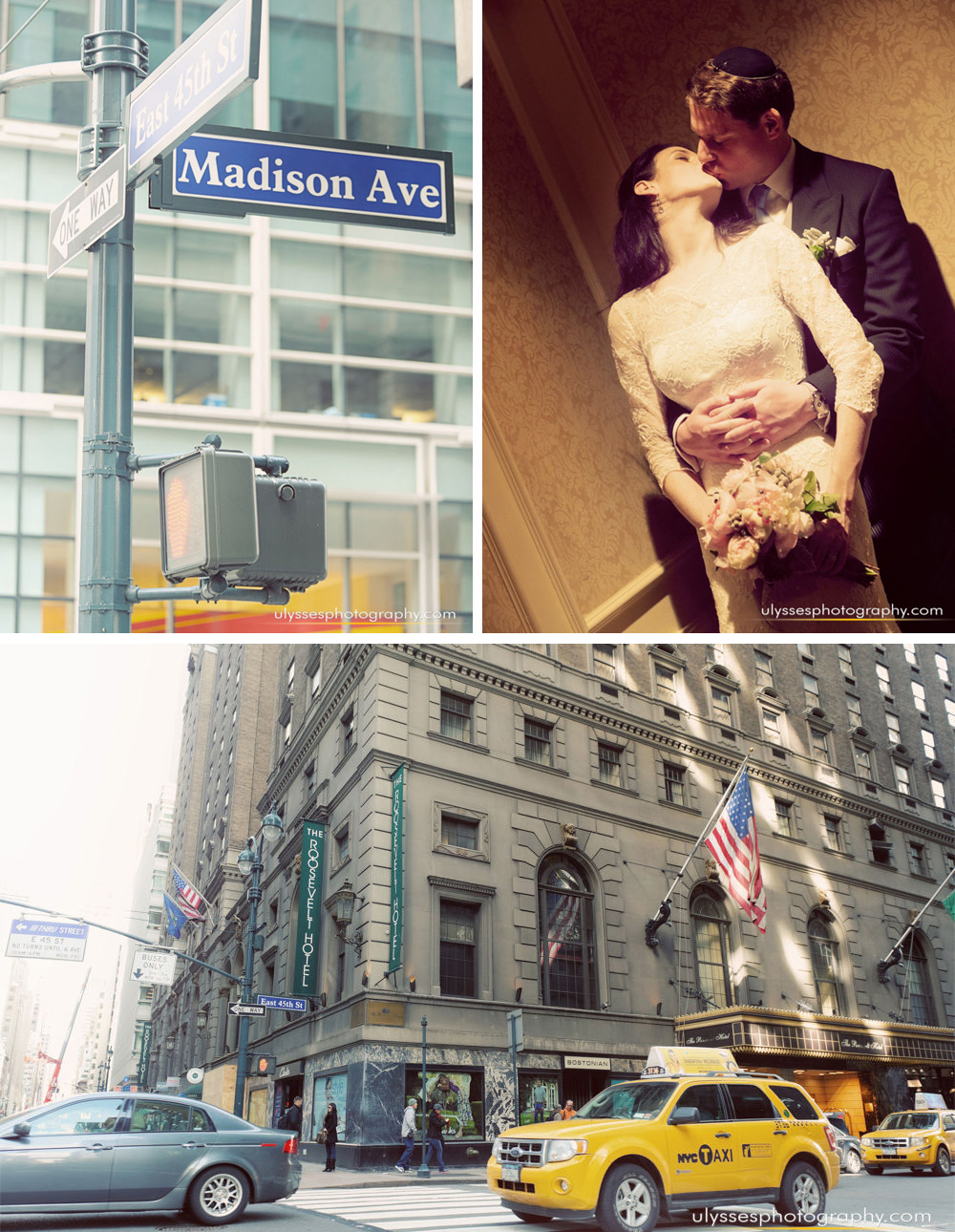 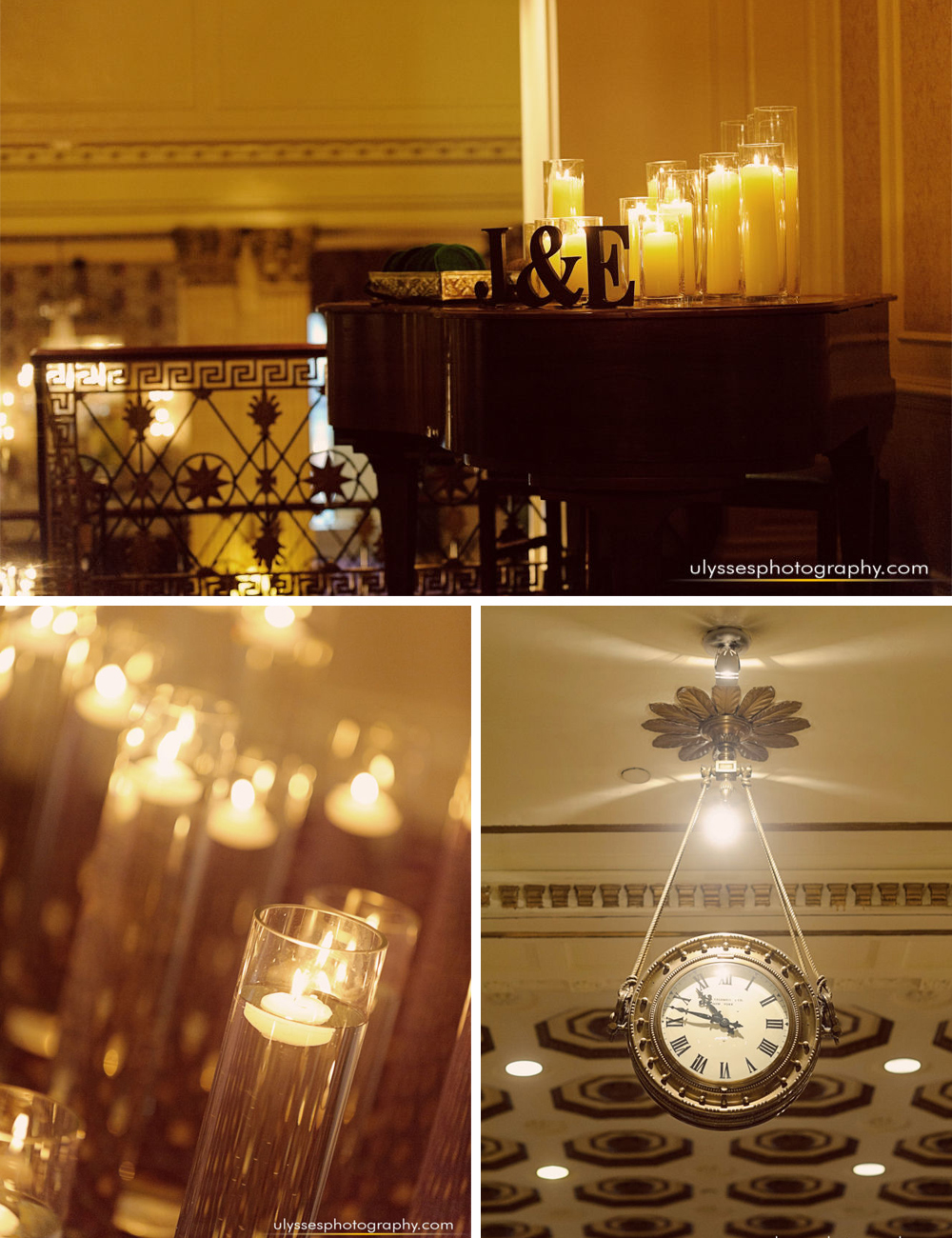 END_OF_DOCUMENT_TOKEN_TO_BE_REPLACED

I am really excited to bring you this wonderful craft-filled wedding from over the pond in Conneticut, USA.  Our gorgeous couple live in Brooklyn but got married in Connecticut after meeting at university six years ago. Sarah the bride designed so many creative elements of her big day including her stunning wedding dress (with Modern Trousseau), a wonderful ‘papercut-style’ chuppah designed with her very talented mum, our very own Smashing Supplier Jeanette Kuvin Oren, not to mention the beautiful table decorations, and exquisite letterpress invitations. Feast your eyes on their gorgeous day and take in all their lovely DIY details! 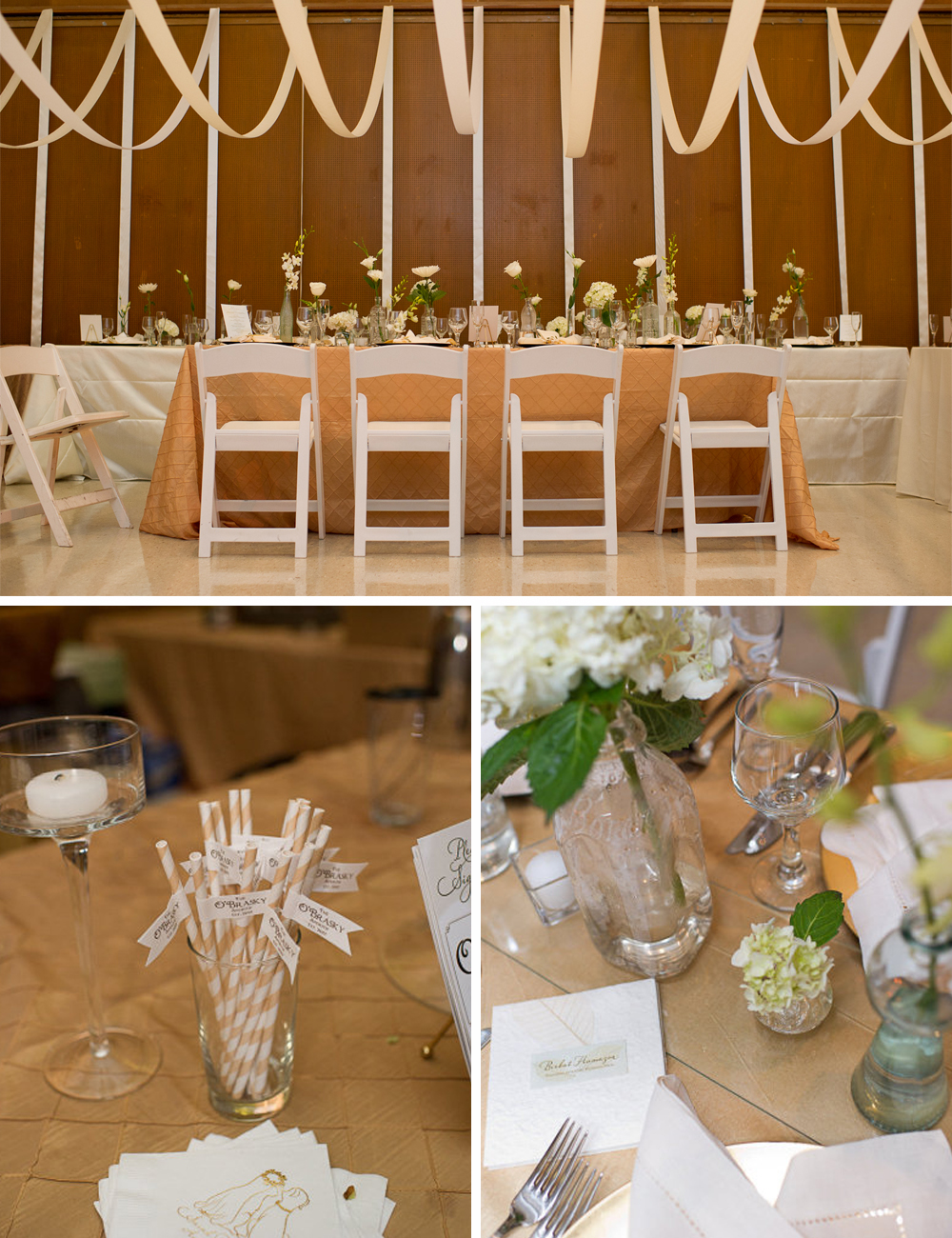 VENUE – CONVERTING A SIMPLE SPACE INTO A STUNNING RECEPTION
Sarah, the Bride: We booked my synagogue as the ceremony/reception venue. Being a traditional Jewish wedding, this was an appropriate locale. But don’t be fooled by a “lack of pizzazz” if your synagogue’s social hall isn’t as ideal as you’d like it to be. I had a vision, and was able to convert a large, relatively simple space into a stunning wedding reception. No one recognised the room once the decorations and lighting were set up. We also picked this location since we had a large guest list, and many venues would force us to cut our guest list in half (that wasn’t going to happen!). 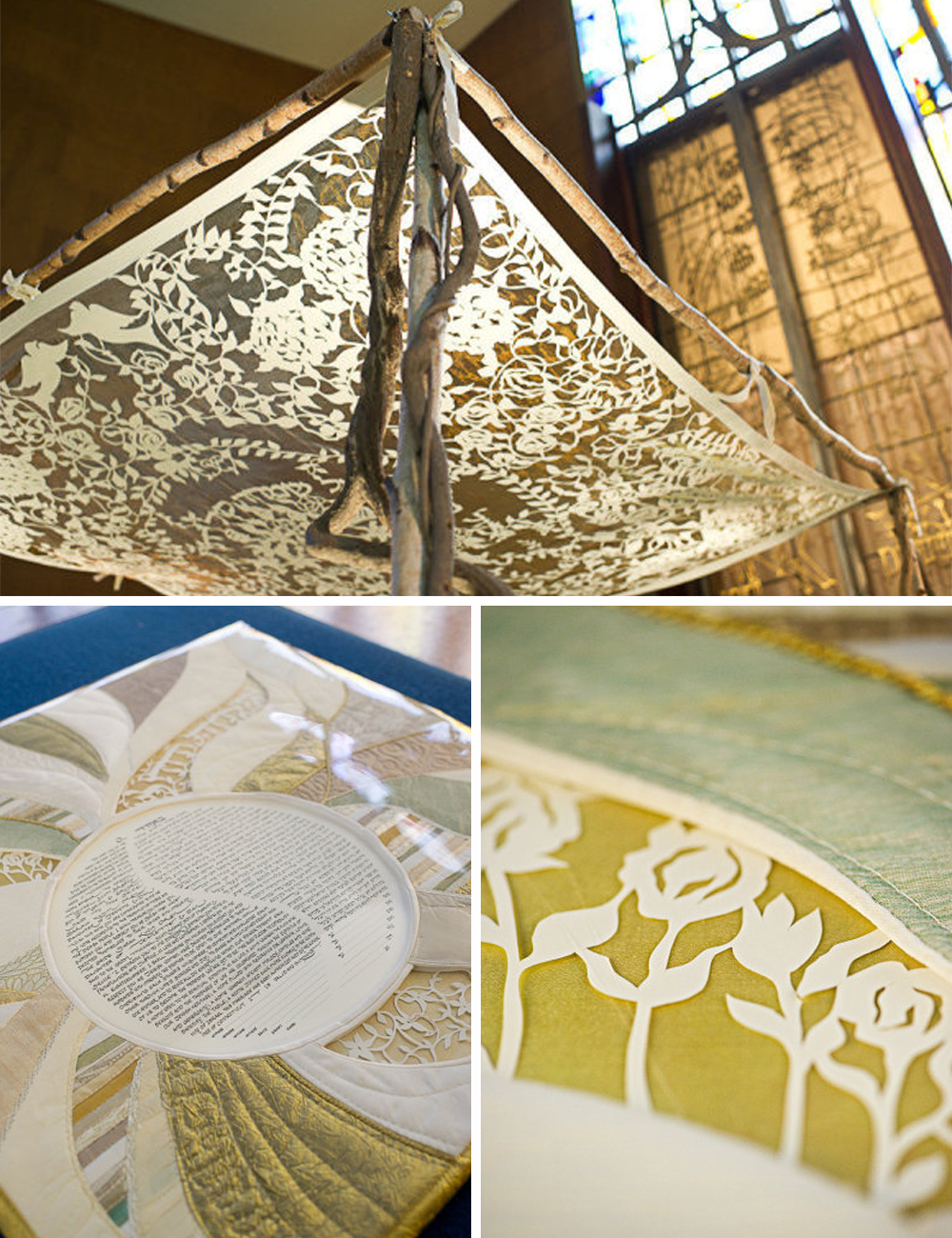 COLOUR SCHEME
The colour scheme came out through the process of seeing my likes and dislikes regarding dà©cor. I didn’t have a true vision until all the pieces began coming together. I knew I wanted neutral, timeless colours; so I stayed in the beige, tan, ivory genre. When I added gold to the mix, I thought we were set. It looked so beautiful and ethereal. Once I chose my bridal party dresses, the final colour came to be: “Dusty Shale,” a grayish seafoam/teal variety. It was a perfect medley of neutral, yet beautiful and timeless colours for a wedding.