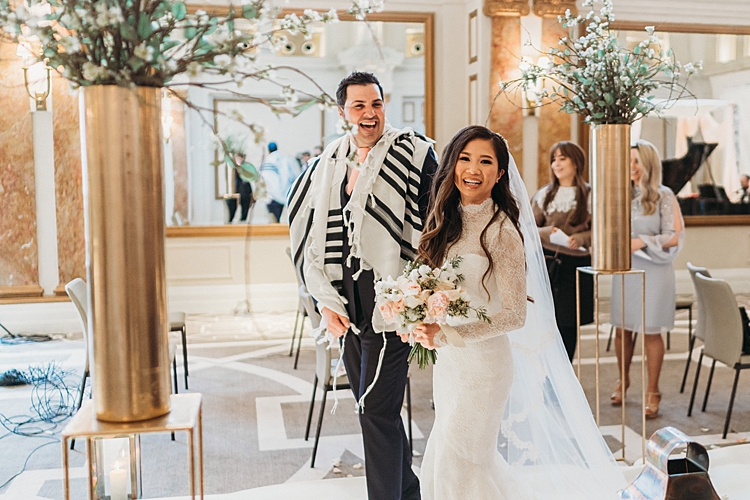 Get ready to be blown away by one of the most stunning Jewish micro weddings we’ve seen yet. When Smashing The Glass Brides Club member Ivi and Ben got engaged in February 2021 after Ivi completed her three-year journey toward conversion to Judaism, they knew they wanted to become husband and wife ASAP, pandemic or no. So in just six weeks of planning, they whipped up an absolute dream wedding, split into several events over two days to follow lockdown restrictions.

First, Ivi and Ben held the most magical chuppah for an intimate crowd of 15 at beloved Smashing The Glass Recommended Vendor Kimpton Fitzroy London, which Ivi found right here on STG! From the beginning, the couple fell head over heels for everything about this venue, from the way it combines opulence with warmth to the gorgeous high-ceilinged ballroom where the chuppah took place to the ultra-attentive personalized service the staff provided every step of the way. Ivi describes the Kimpton Fitzroy as an “absolute gem,” and we couldn’t agree with her more!

Afterward, Ivi and Ben threw an all-day party in a marquee at their garden, with two shifts of thirty guests each attending, so friends and family who couldn’t attend the ceremony were still able to celebrate with them.

Both events were captured by photography and videography team Fire & Ice, and we’re not sure what we’re more in love with, the luminous photos or the ultra-moving trailer. The Fire & Ice team came up with the brilliant idea to record Ivi, a pianist, playing a song to layer over the video – and, in honor of her Chinese heritage and as a tribute to her parents, who live in Malaysia and couldn’t travel to the wedding due to COVID, Ivi chose a classic Chinese love song. How amazing is that?!

Ivi also wore her absolute knockout of a modest wedding gown – customized just for her by the one and only Suzanne Neville – for both celebrations. Who wouldn’t want the opportunity to wear such an exquisite dress twice?!

There’s so much to say about this incredible Jewish wedding, but we’ll let Ivi tell you the rest of the story… And if you love the look of the Kimpton Fitzroy (Ivi and Ben’s wedding venue), you’ll want to tune in to our Jewish wedding music Facebook Live tomorrow, Tuesday June 22, live from the hotel, as one lucky couple is going to win an overnight stay (plus you’ll get to see how truly gorgeous it is for a wedding venue). I’ll see you there! 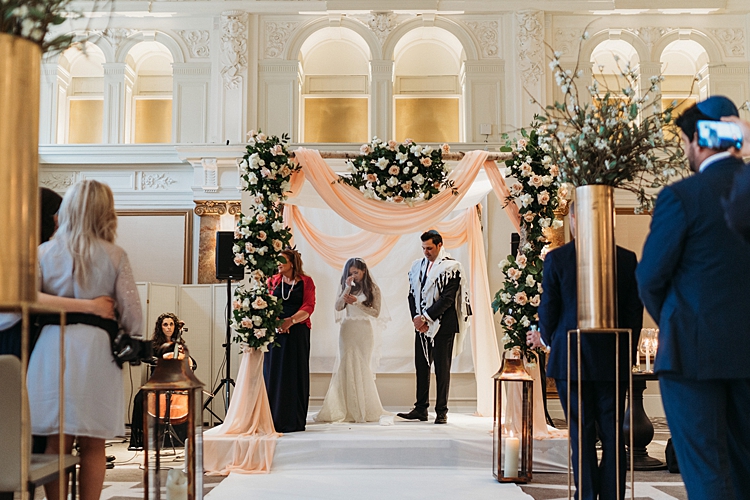 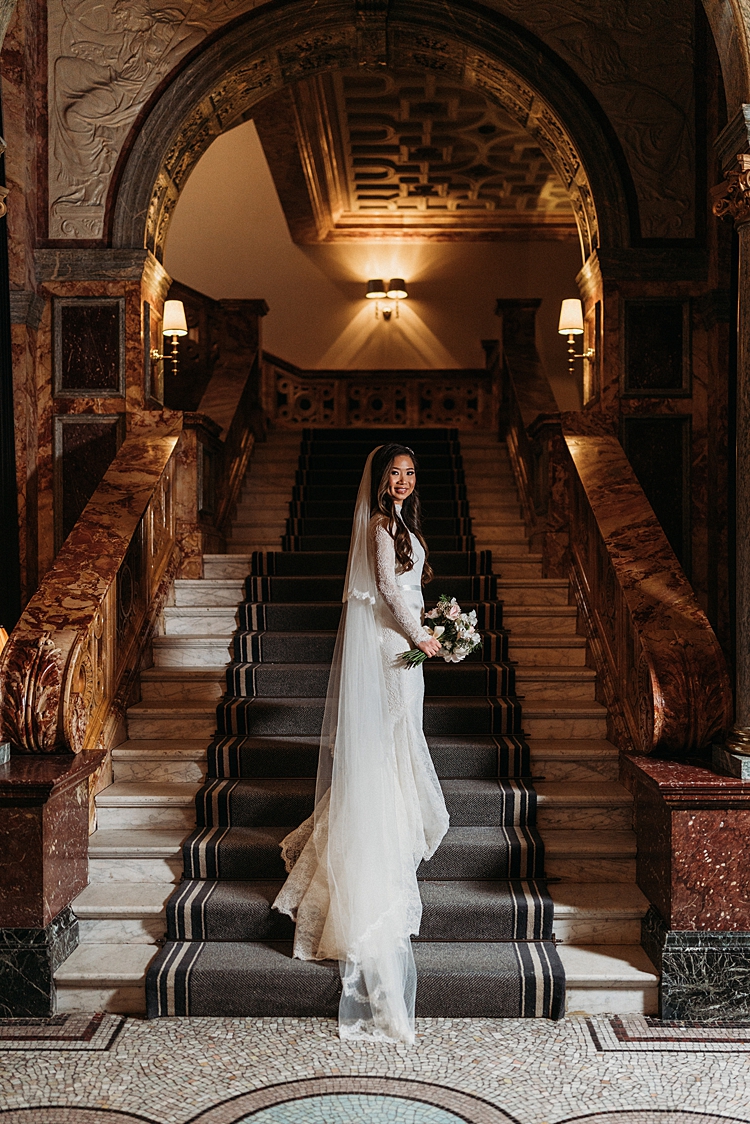 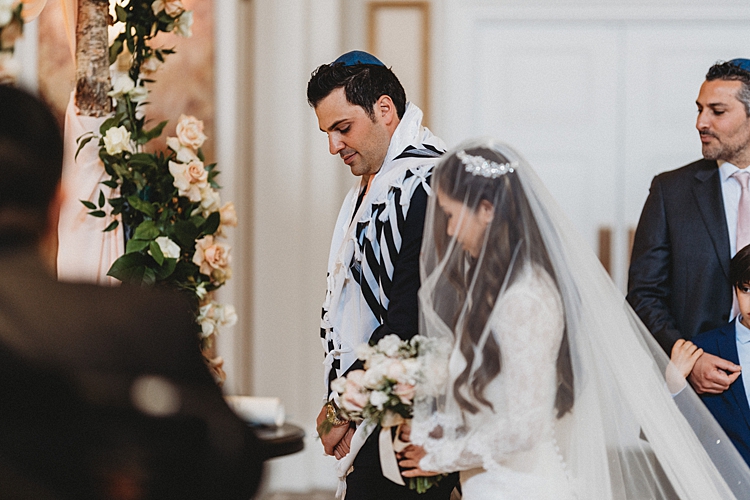 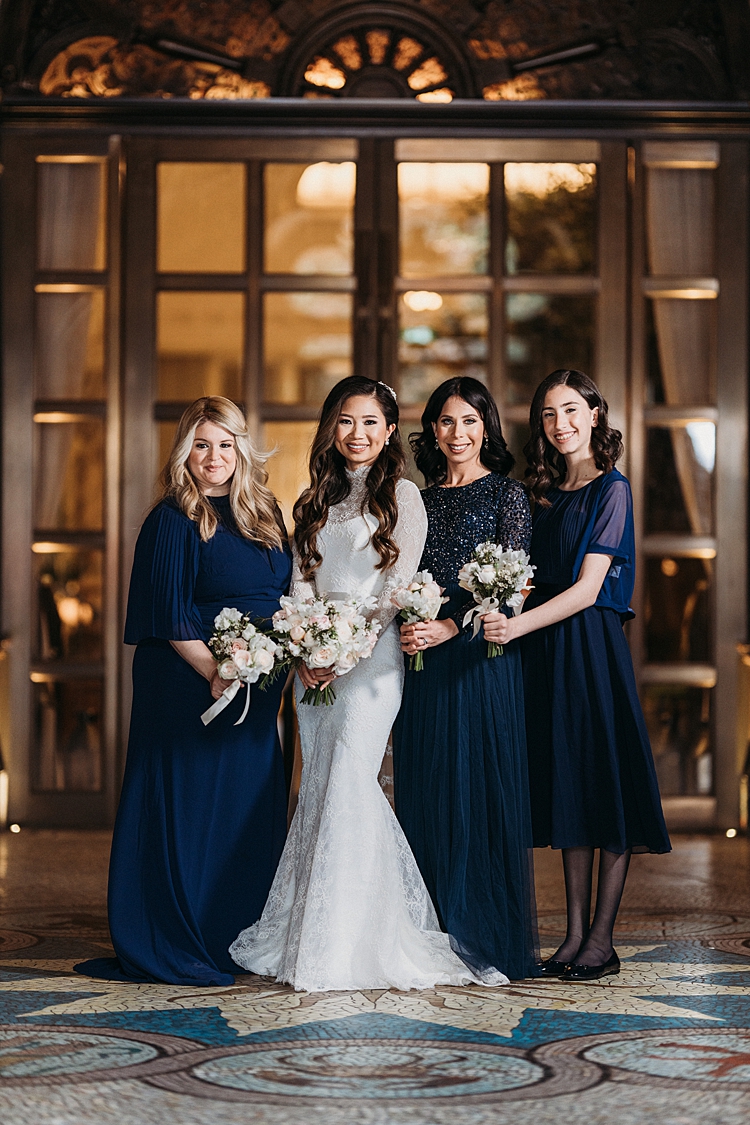 Ivi, the bride: Previously at British Vogue, now at Publicis Media and a classical pianist, I took a sabbatical from my career in the City in 2016 and worked for a stint as a fitness instructor, teaching high-intensity TRX classes at Heartcore Studios in St. John’s Wood in London. Ben, an owner of a number of jewellery and consumer brands, came to workout at Heartcore and took my classes for nine months before we started dating. I used to shout “Burpees! Burpees!” at Ben on a weekly basis. Ben jokes that he was the fittest he’s ever been when he used to come to my classes!

On our first date, we went for a post-workout brunch that lasted over four hours. We both knew there was something extraordinary between us straightaway. Ben says that he knew I was “The One” after that date. We fell madly in love after a few months of dating, and we discussed how important being Jewish and having a Jewish family was to Ben. Following a thorough period of soul searching and spending time with Orthodox Jewish rabbis’ and their families, I heeded what I now realise was a lifelong calling, to which Ben was the catalyst, to convert to Orthodox Judaism. Hand-in-hand, we spent the next three years undertaking one of life’s most demanding yet spiritually enriching journeys. Ben wholeheartedly embraced and deepened his connection and observance of the faith he was born into.

I completed my conversion to Orthodox Judaism and emerged from the holy waters of the mikveh, reborn a Jewess on 18th February 2021. On a day already bursting with joy and jubilation, after making me my favourite Nutella crepes, Ben got down on one knee and proposed. Less than three months later, we were married in the presence of just 15 of our nearest and dearest. END_OF_DOCUMENT_TOKEN_TO_BE_REPLACED