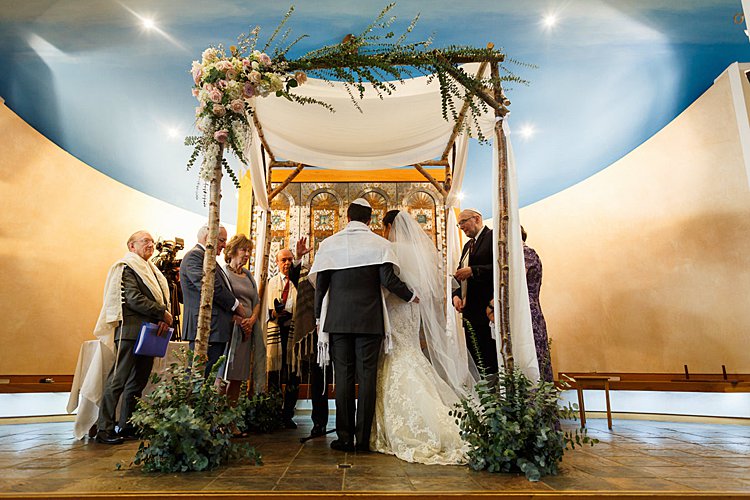 We all know how overwhelming wedding planning can be. There are so many choices to be made, from color schemes to venues to symbolism and more — and so many vendors to choose from. Of course a wedding planner can be a huge help in sorting through everything that’s out there and focusing your vision, but what if you want to do a lot of the planning yourself?

Today’s couple, Bekka, a lecturer in international relations, and Benjamin, a musician and lecturer in music went for a wedding consultancy session with Smashing the Glass’s own Karen to help and advise with their Jewish wedding.

She directed them toward many of their fantastic vendors, from Smashing the Glass Recommended Vendor Once Upon A Paper, who provided the couple’s beautiful watercolor guest book, to Adams Photography, who captured all the emotion and excitement so exquisitely, to Smashing the Glass Recommended Vendor Prezola registry, which Bekka and Benjamin loved for its wonderful selection of gifts from different stores in the UK, as well as cash funds, Judaica, and charities, to The Wedding Gallery, the world’s first wedding department store, for the groom’s outfit.

All this freed up their time and energy to focus on the many DIY elements the pair incorporated into their wedding.

Bekka and Benjamin designed their invitations themselves and built their own chuppah, but music is where the pair really put their own stamp on the day. For one thing, their ceremony venue, Belsize Square Synagogue, was chosen because Benjamin is the congregation’s music director. So it was only natural that he arranged and composed pieces to be performed during the ceremony, performed by Benjamin’s quartet, bOYbershop, and three (!) choirs that he conducts.

We’ll leave it to Bekka, who looked beautiful in her ivory lace Kenneth Winston dress, to fill you in on the rest… 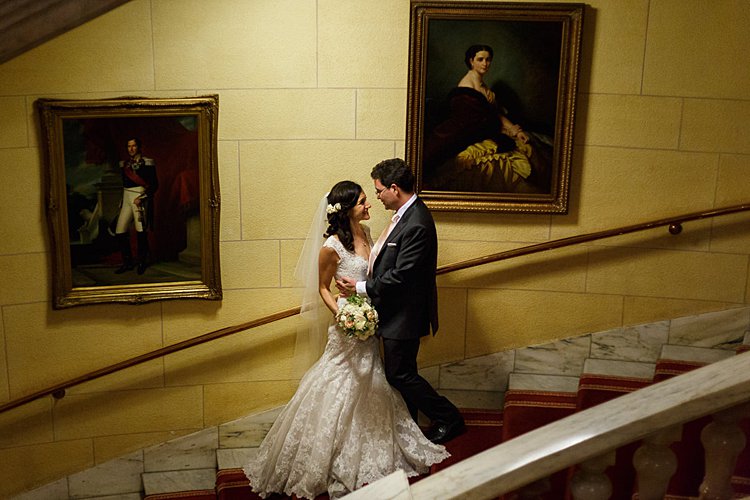 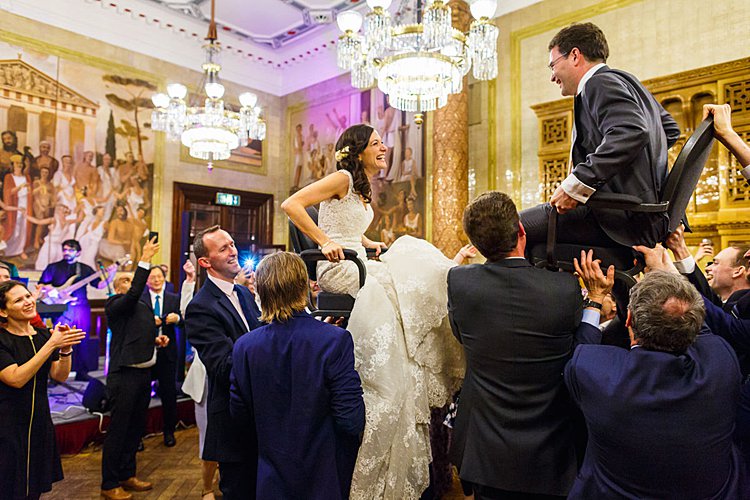 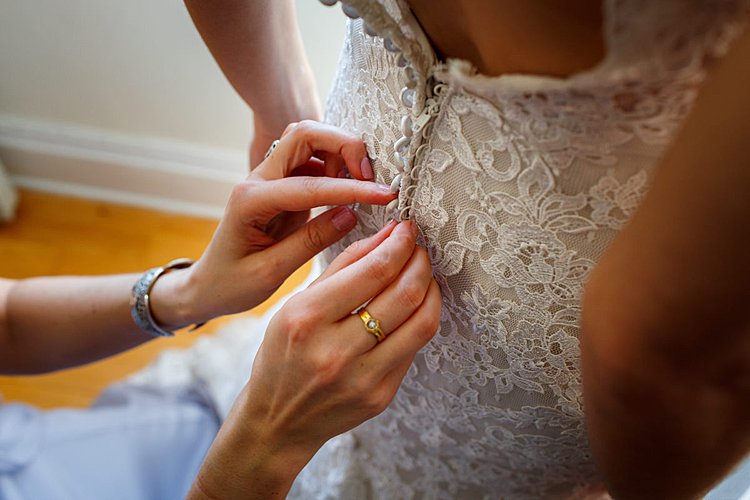 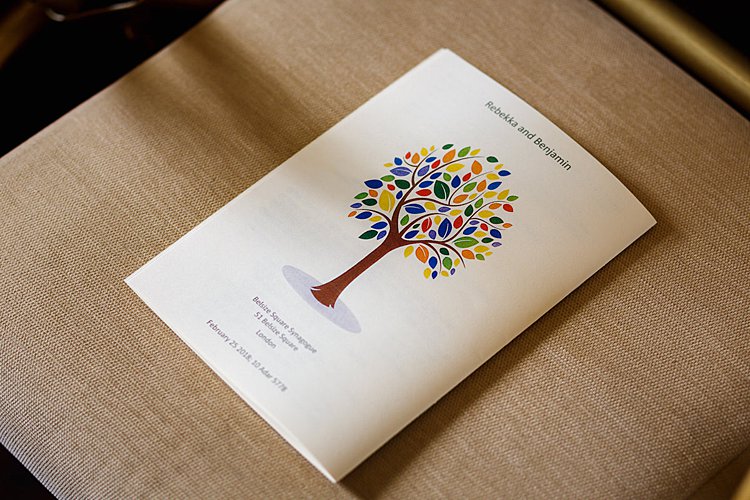 A Venue with History

Bekka, the bride, and Benjamin, the groom: We got married at Belsize Square Synagogue. We chose it as Benjamin has worked there as musical director for 12 years.

The evening was at the Liberal Club (1 Whitehall Place). Bekka found the venue online. The venue had a small personal connection as Benjamin’s grandfather was a member of the Liberal Party, and Bekka’s father is fascinated with William Gladstone.

Mainly, however, we just loved the venue when we saw it. We also loved the idea of a dusky double decker bus ride through London from the synagogue (particularly for our international guests).