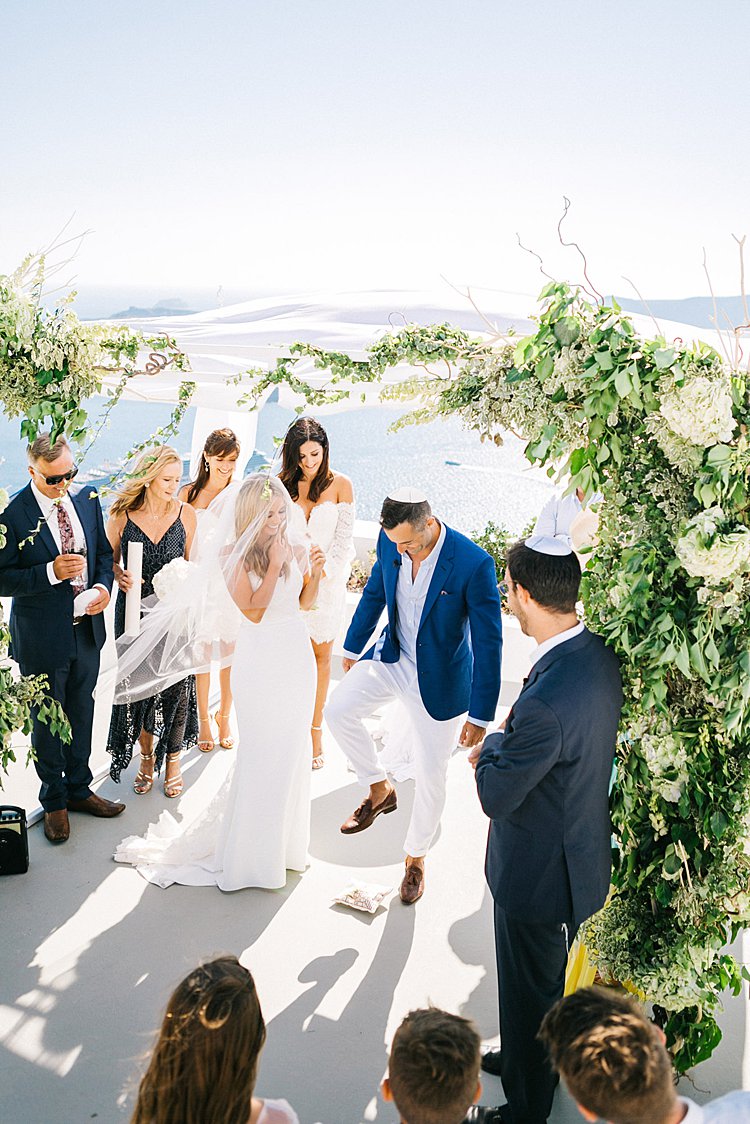 In the five fabulous years since Smashing The Glass’s inception, having lovingly blogged hundreds of incredible real Jewish weddings, we have always ALWAYS wanted to blog a Jewish wedding from Santorini (surely one of the most magical places on earth) and today the day has finally come. and seriously guys… this wedding is EVERYTHING.

It’s a destination Jewish wedding that has us absolutely picking our jaws off the floor. Australian couple Katie, who works in PR, and Aaron, a commercial airline pilot for Virgin Australia, wanted a spectacular backdrop for their once-in-a-lifetime day, and so they chose to marry on the sun-drenched Greek island of Santorini. And did it ever deliver! HannaMonika Wedding Photography’s images from the day are just beyond.

Every photo is its own little work of art — and a whole bunch of them could’ve easily been plucked from the pages of a super-glam travel magazine. Take a scroll through, and we guarantee you’ll be fighting the urge to book yourself a ticket on the next flight to Greece. And don’t even get us started on Orriss Films‘ Hollywood-perfect trailer – seriously, Katie and Aaron look like absolute movie stars, and every scene is shot so exquisitely.

We just can’t get enough of photographers Hanna and Slavomir’s style: bright and crisp, romantic and modern. They could not have done a better job of capturing the amazing light and colors of Santorini. The blue skies, the whitewashed houses, the lush greenery of the chuppah… yep, we’re smitten with this one.

Oh, and did we mention that beautiful Katie — who looked so effortlessly summer chic in her Jadore dress — was an avid Smashing The Glass reader in the lead up to her wedding? She reports that she found the blog especially useful for Jewish music inspo for the horas and the procession. So glad we could help, Katie! Now over to the bride… 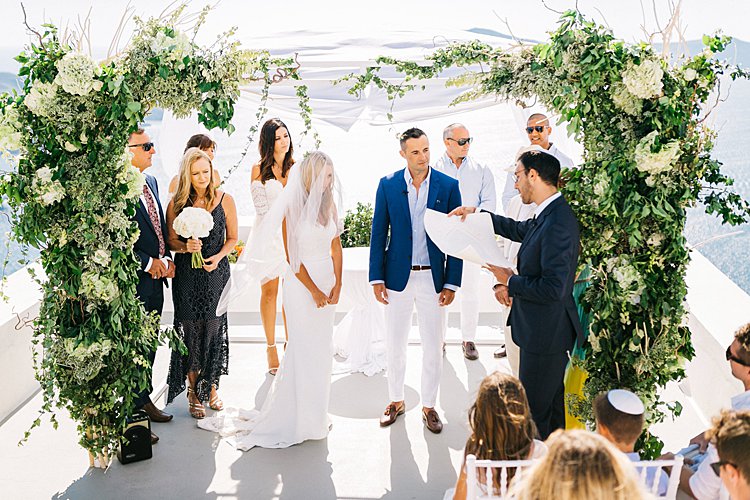 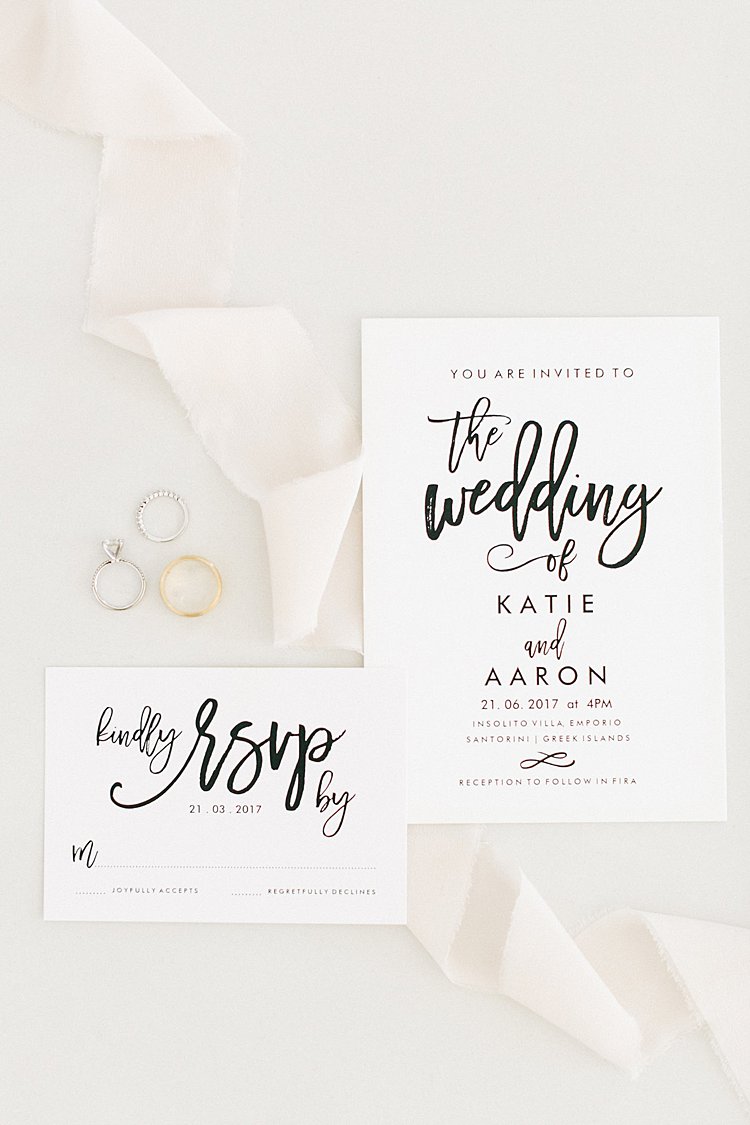 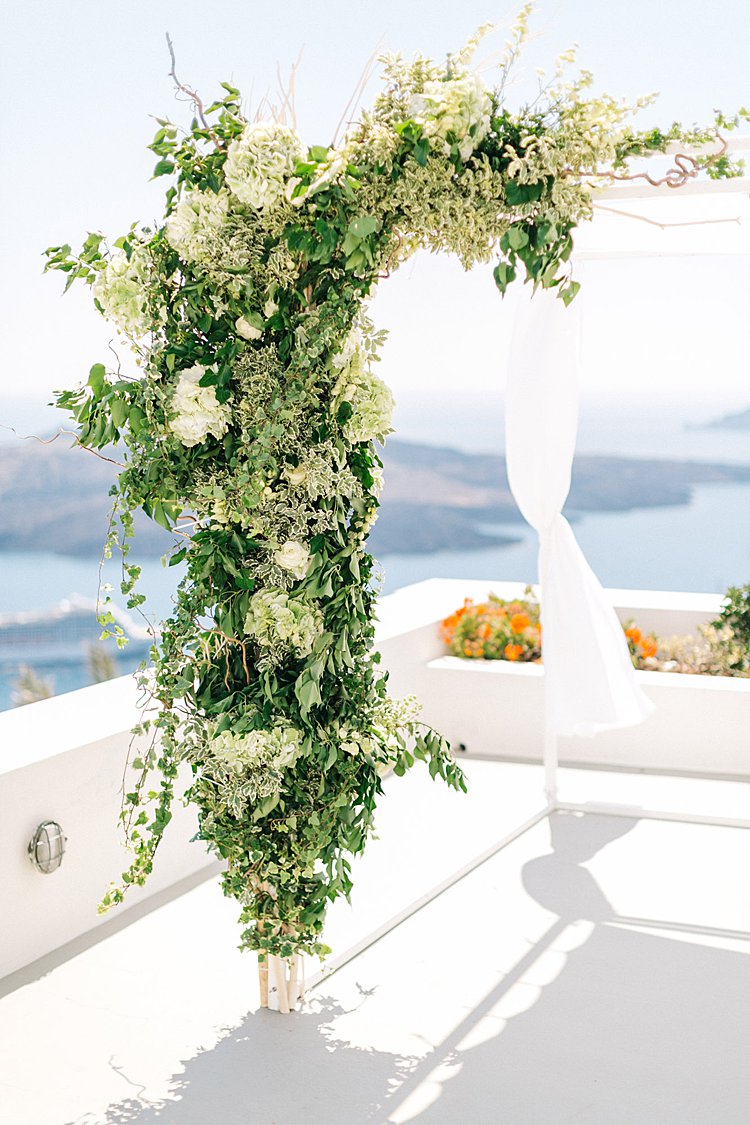 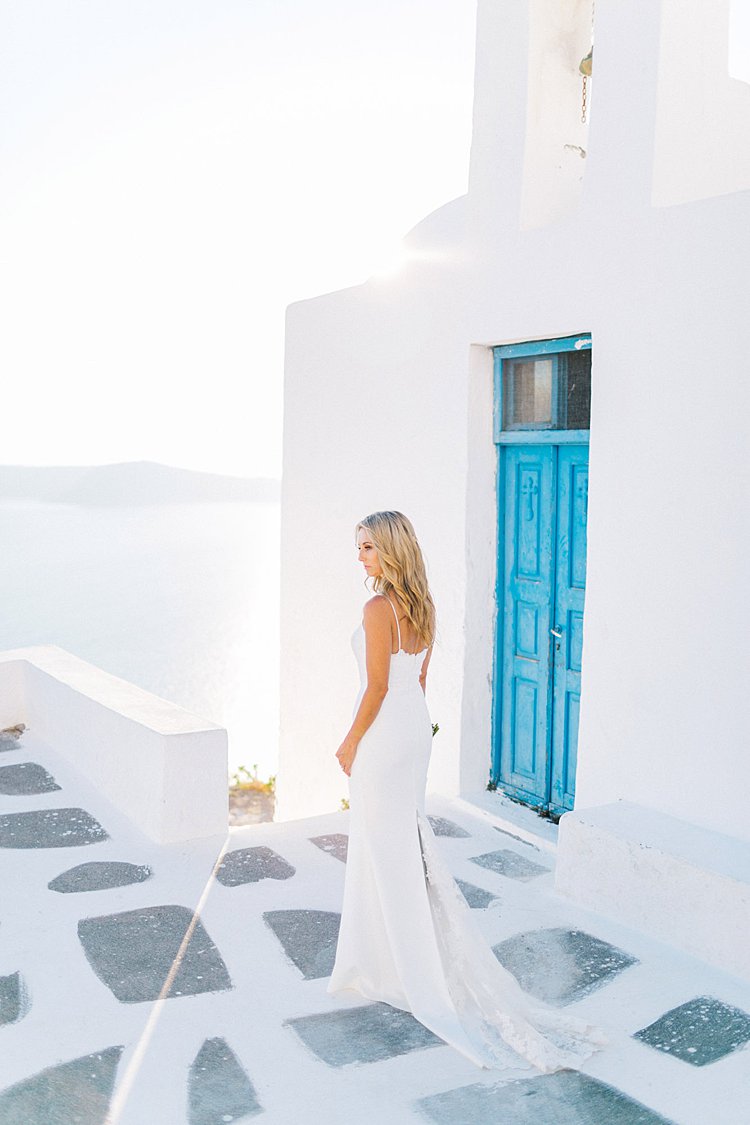 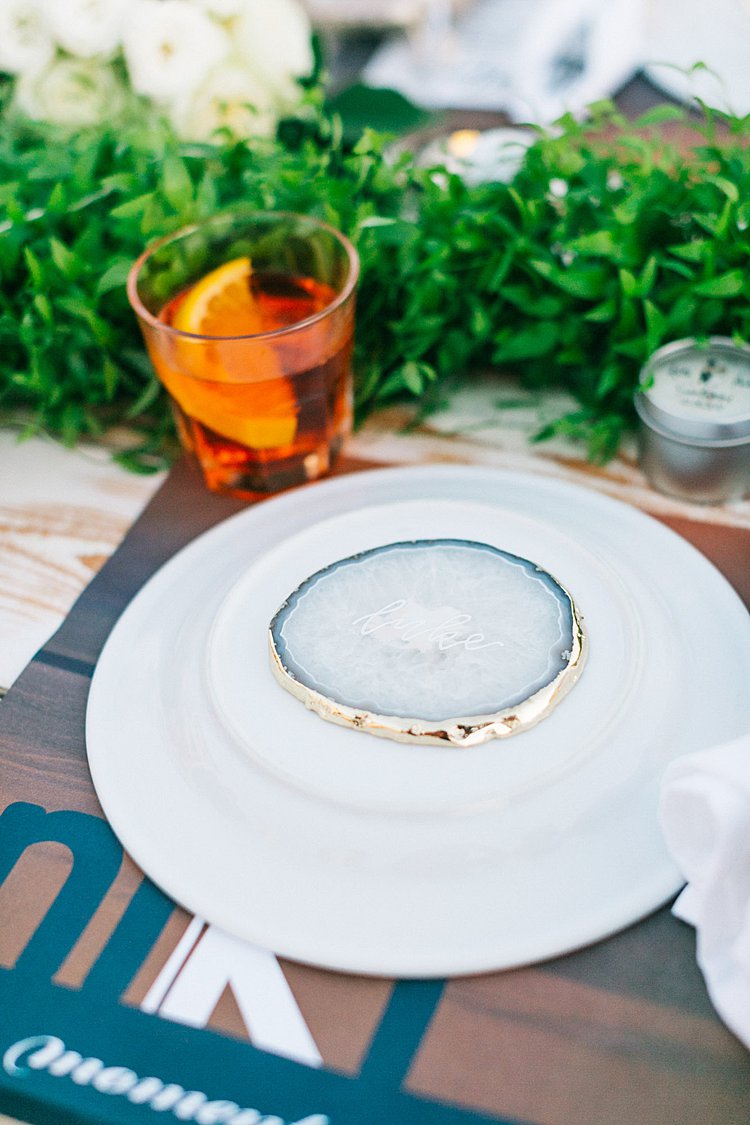 Katie, the bride: We met at a pub in Sydney. Aaron saw me with a girlfriend sitting at a table and wanted to introduce himself without being sleazy, so he and a friend asked if we minded if they shared a table with us while they ate their dinner.
We said fine, not realizing he had actually already had dinner but ordered a second meal so that he could sit at the table. Slowly they worked their way into our conversations, and soon after he was telling me about his friend that he thought I might like. He handed me a card for his friend if I was interested and that’s when I saw “Aaron” on the card and realised he was telling me about himself, haha.
Needless to say I ended up texting him later in the night after a couple of glasses of wine. It took us about a month to finally catch up after that initial meeting because I was being difficult (sorry hubby!), but the rest is history. I never would have thought that night I was going to meet my future husband.